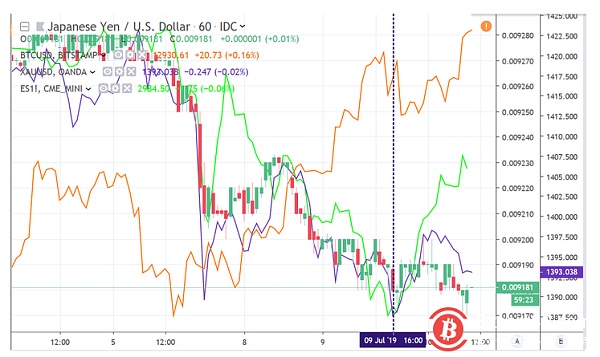 The position of the vertical line in the figure is the performance of the Japanese (k line), gold (purple), bitcoin (orange), and S&P 500 futures (green) at the time of the fall. The dollar rose, gold fell, and S&P futures stopped falling. From the international news point of view, Iran’s practice of raising the upper limit of enriched uranium on July 8 has attracted the attention of the United States, the European Union and Israel. On these two days, all three parties have important figures expressing concern about the Iranian issue. Once the Iranian issue continues to ferment, bitcoin will constitute an indirect advantage.

From the 4-hour K-line chart, after the short-term exploration of Bitcoin, the price was quickly pulled back, and this morning has temporarily broken the high point before the fall of 12,780 US dollars. From the perspective of the disk, Bitcoin can be quickly pulled back every time, showing that the support below is still very large, and the rebound in volume also shows the effectiveness of the rebound. From this perspective, Bitcoin should be brave to buy when it falls.

Since April 2, Bitcoin has experienced three pull-ups and five declines, which are getting bigger and bigger from the rise, and the decline is gradually increasing. At least until the end of the 5th retracement on July 2, we only know that the upward pull is still greater than the downward force, so we still believe that the probability of going up will be greater in the judgment of the overall market. Therefore, the current space for rebound becomes very important. If the current rebound can quickly break through the previous high of $13,968, Bitcoin may have a wave of more than 20%. If the rebound time is too long, it may be It will form a shock zone at a high level, and the direction of the up or down direction should look at the trend within the shock zone. 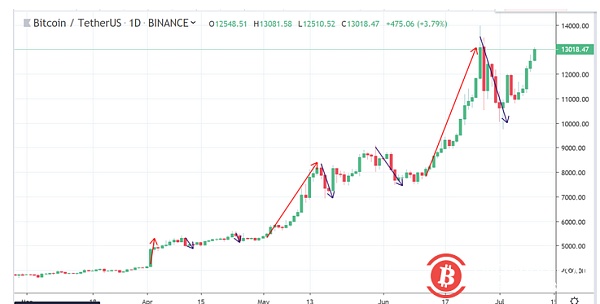 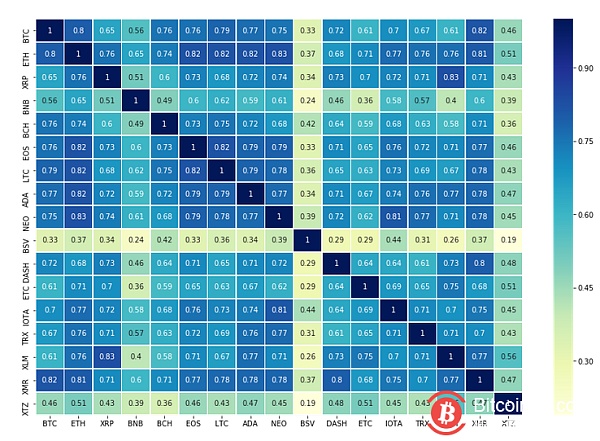 From the perspective of the k-line chart, XTZ experienced a decline in the past two months, and there was a heavy volume rebound on July 3, indicating that funds have begun to pay attention to this currency. At present, the price has crossed the downward trend line. In the face of retracement and ambush some positions, there may be a secondary increase in the future.

BSV is currently in the platform finishing stage. At present, MACD is forming a golden fork above the 0 axis. If the gold fork is formed, the position can be established when the price is back. (CoinNess)

The fake OKEx Jumpstart URL can be directly redirected to the currency of the LaunchPad. Both parties responded to the URL.

Kelan Software: The company has no industrial cannabis business license, nor has it issued blockchain coins.

Central Bank Zeng Zhicheng: To enter the "supervisory sandbox", it must be a licensed institution, and 46 of Beijing's approved pilot projects will be partially entered