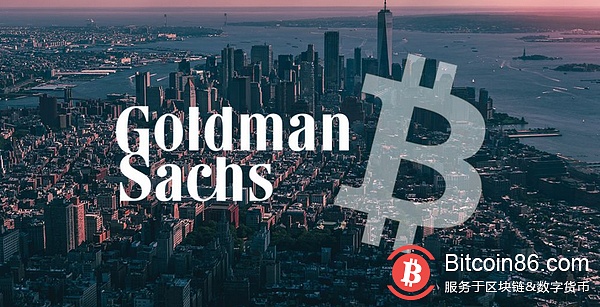 A list of recruits completely exposed Goldman's determination to enter the cryptocurrency market.

On July 10th, Goldman Sachs, one of the world's largest investment banks, updated its recruitment information on its official website and added the position of “Digital Asset Project Manager”. The job recruitment requirements reveal two important pieces of information:

2. Goldman Sachs is exploring new business areas and directions in the field of crypto assets 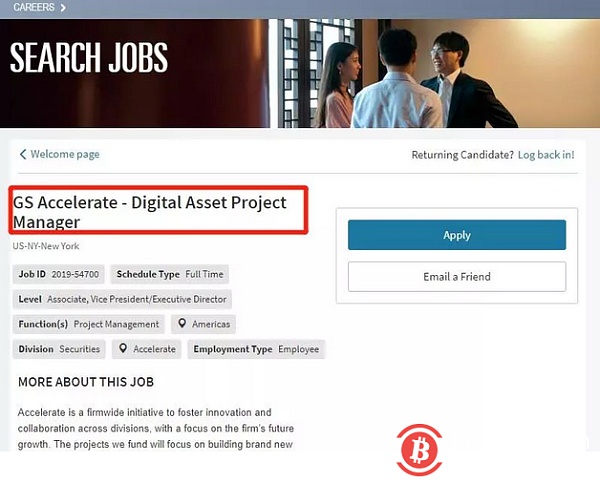 Although the details revealed by the recruitment information are not detailed enough, insiders said that Goldman Sachs may be focusing on launching products similar to JPM Coin. JPM Coin is a digital asset launched by its rival JP Morgan to simplify international transactions between the bank and its wholesale customers.

Why is Goldman Sachs eager to join the field of cryptocurrency? How will it be laid out? As one of the world's largest investment banks, what impact will Goldman Sachs have on the encryption market?

Before answering these questions, let's start with the history of Goldman Sachs.

Founded in 1869, Goldman Sachs is one of the oldest and largest investment banks in the world, with a large number of multi-industry clients, including private companies, financial companies and government agencies. Goldman Sachs was crowned "the king of Wall Street" because of its outstanding return on investment.

But Goldman’s performance in the first quarter of fiscal year 2019 made the supporters feel frustrated. According to the quarterly financial report, Goldman's total revenue was 8.807 billion US dollars, down 12.6% year-on-year. 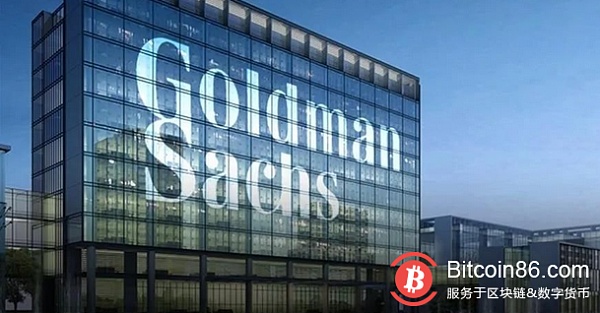 In recent years, when the core business has been frustrated, Goldman Sachs has been in a weak position, and it is urgent to present investors with a more attractive, long-term sustainable income model, and the emergence of cryptocurrency just makes Goldman Sachs turn around.

In addition to the "internal worry" that its business needs to be transformed, Goldman Sachs has to face a strong "external problem."

As an old rival of Goldman Sachs for more than 30 years, JP Morgan Chase took the lead in launching its own cryptocurrency JPM Coin in February this year. JPM Coin is similar to a stable currency, anchoring the US dollar in a 1:1 ratio, and will be used to instantly settle payment transactions between customers.

JPMorgan Chase said that a major application scenario for JPM Coin is "to replace the dollar." Umar Farooq, head of the JPMorgan blockchain project, released his rumor to replace the US dollar held by JP Morgan Chase with JPM Coin.

It is understood that JPMorgan Chase has handled a large number of regulated financial flows for technology companies such as Honeywell and Facebook. In 2018, this service generated $9 billion in revenue for JP Morgan Chase. If JPM Coin succeeds in replacing the US dollar in the company's business, JPMorgan can more effectively integrate and manage funds to achieve higher interest rates. In integrating its business through cryptocurrency, JP Morgan Chase has already led the old rival Goldman Sachs. 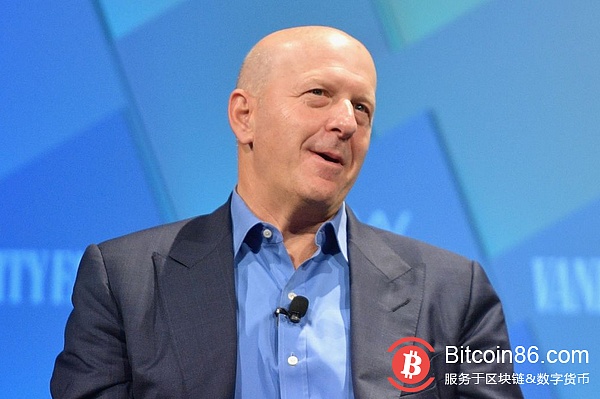 Goldman Sachs' entry into the cryptocurrency market has long been a trace, and it has never stopped exploring. 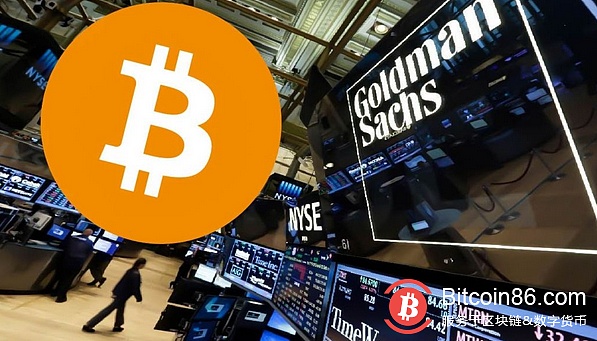 In December 2017, it was reported that Goldman Sachs is developing a cryptocurrency trading platform. In a statement, Goldman Sachs spokesperson Tiffany Galvin made the following description: "In order to satisfy customers' interest and demand for various cryptocurrency products, we are exploring how to better provide them with relevant services."

According to insiders, Goldman Sachs may launch products similar to JPM Coin. As mentioned earlier, JPM Coin is a digital currency launched by Goldman Sachs competitor JP Morgan to simplify international transactions with wholesale customers. JPM Coin is similar to a stable currency, and each can be exchanged for $1, and its price is not volatile. According to the official description, customers can obtain JPM Coin after depositing US dollars in JP Morgan Chase; after using tokens to pay or purchase securities on the blockchain, the bank will destroy the tokens and return the corresponding amount of dollars to the customer. 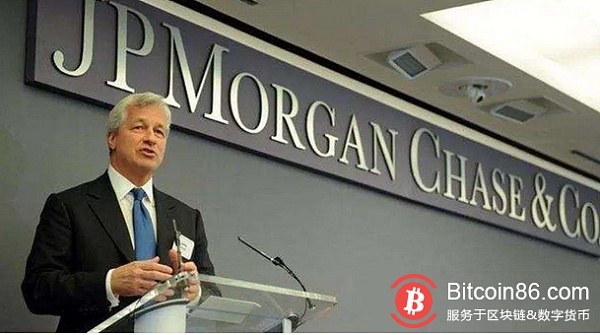 According to JPMorgan Chase, JPM Coin has three application scenarios:

The first is cross-border payments for large corporate customers, which currently pay for wire transfers between financial institutions through a decades-old SWIFT network. However, because financial institutions have trading time limits and countries use unused systems, it sometimes takes more than a day to settle, while non-supporting users can conduct real-time transactions or settlements at any time of the day.

The second is securities trading. In April 2018, JPMorgan Chase tested bond issuance on the blockchain platform, mimicking the National Bank of Canada's $150 million one-year floating rate Yankee deposit certificate (CD). According to reports, institutional investors can use JP Morgan Chase's tokens instead of relying on wire transfers to buy bonds. This will help eliminate the time interval between transaction settlement and payment, enabling instant settlement.

The third use is to replace the US dollar with JPM Coin. JPMorgan Chase said it would use JPM Coin to replace large US companies that use JP Morgan's fund services business with dollars held by its global subsidiaries. It is understood that JP Morgan Chase handles a large number of regulated financial flows for companies such as Honeywell International and Facebook, paying US dollars to employees and suppliers. In 2018, the service created $9 billion in revenue for JP Morgan Chase.

For Goldman Sachs to enter the cryptocurrency market, Qiao Hongtao, an executive director of the former Morgan Stanley Private Banking Department and a special analyst for Mars, believes that this year's "regular army" is more pragmatic, and a major core of the entry is to seize the payment track. Qiao Hongtao said that the following three technical aspects will bring about three levels of payment class opportunities.

The first layer: a completely decentralized system. The system is value anchored, and the representative case is bitcoin.

The second layer: the enterprise level and interbank payment system. This system must adopt a coalition chain. The technical difficulty of the JPM Coin track is anti-money laundering, that is, how to use cryptographic techniques such as zero-knowledge proof to solve the international anti-money laundering problem.

The third layer: the payment of the retail application category. The difficulty of this track is not anti-money laundering, but the private key management system and quick and convenient. Facebook Libra belongs to the third track and focuses on small payments. Its core is convenient and fast. 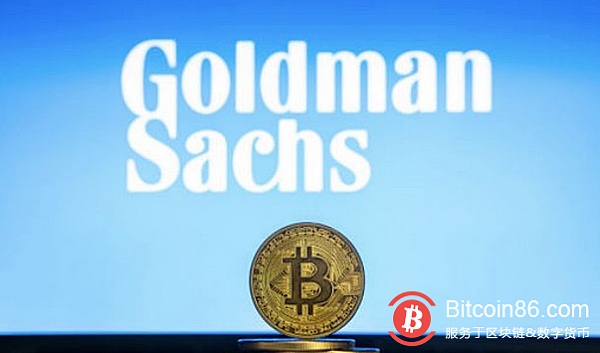 If Goldman Sachs enters the market and successfully issues the currency, it will be helpful in improving the competitiveness of its financial services. It will also encourage and force other financial companies to follow suit and use cryptography to transform the service system.

Specifically, it will bring about four major impacts:

On the one hand, the launch of the encryption business is expected to help Goldman Sachs complete its business transformation and get out of the traditional business dilemma.

On the other hand, the entry of mainstream institutions such as Goldman Sachs, in addition to possibly boosting market confidence, directly promotes market prosperity and brings demonstration effects to other institutions. It can be expected that organizations like Goldman Sachs will continue to emerge.

The third role that cannot be ignored is that institutional clients can also reduce the market volatility caused by the large number of retail transactions to a certain extent.

Fourth, the entry of mainstream institutions such as Goldman Sachs and the advancement of financial technology are expected to accelerate the acceleration of industry regulation and force regulatory reform.

Compared with 2017, this year's cryptocurrency market has undergone a fundamental transformation, driving the main body from retail investors to mainstream institutions and traditional capital. 2019 is the "first year" for institutions to aggressively enter bitcoin and cryptocurrency. In addition to Goldman Sachs, JPMorgan Chase, Facebook, Visa, UBS, Fidelity and other top global technology finance companies have also entered.

In the coming months, the most noteworthy theme in the crypto-asset market is undoubtedly the entry of traditional financial institutions. In other words, Bitcoin and other cryptocurrencies are at a critical juncture of becoming a mainstream investment asset. Institutional entry has become a trend, but due to policy compliance and other reasons, there are still concerns about the current institutional layout. Once this flaw is broken, the cryptocurrency will soon show a new look. This will greatly promote the liquidity of the market, attract more investors to enter the market, and will also promote the cryptocurrency market to gradually become on the right track. (Mars Finance)