The road to the currency security: the DEX project is on the main station, and the IEO diversion effect is only 7 days. 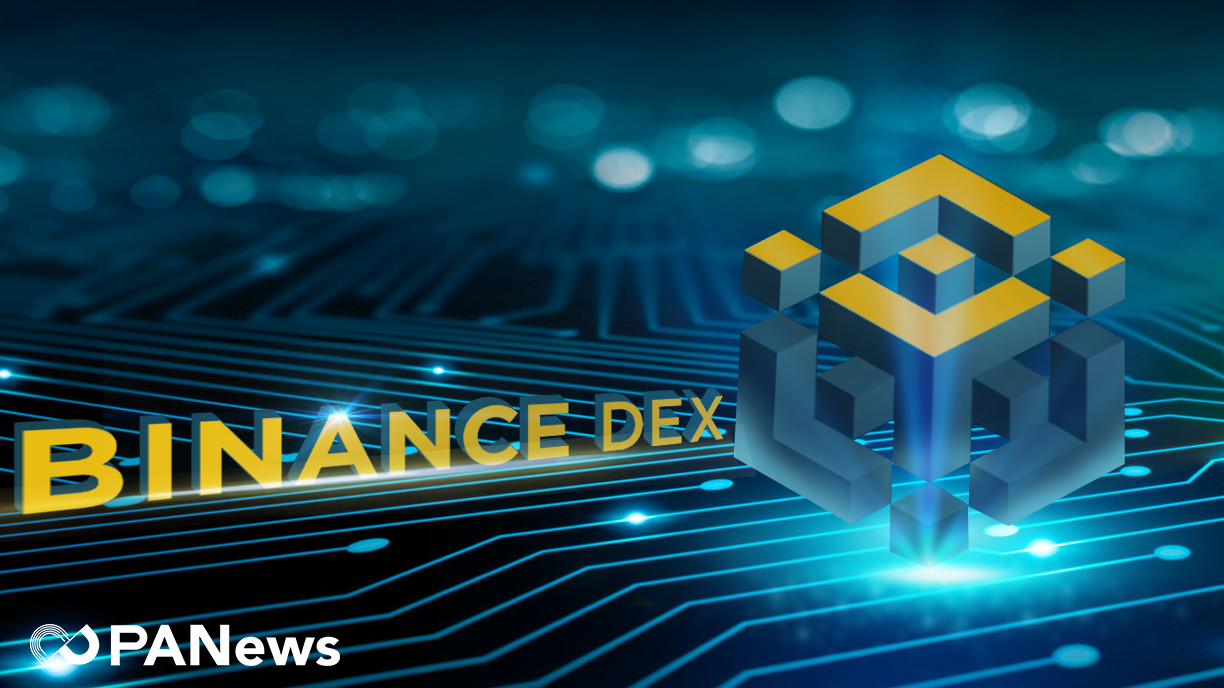 As a place for the digital currency to provide liquidity, the exchange is already at the top of the “coin circle” food chain. Among the many exchanges, the currency security in the head of the industry in less than two years, became a counter-attack black horse, a production-free "printing machine." According to the latest analysis by The Block analyst Larry Germak, the transaction volume of the currency in June will exceed 60 billion US dollars in an unprecedented amount, and the net profit in the second quarter may exceed 100 million US dollars (about 700 million yuan).

Is the currency just want to develop DEX? How is the ecological landscape of the currency security chain, DEX and BNB going to be woven? PAData's observations from the data are mixed.

After restarting Launchpad at the beginning of the year, in mid-June, DEX launched a main station selection campaign. The event will be launched in three rounds from June 20th to September 20th. For each round of projects that meet the daily transaction amount of not less than 50,000 US dollars and the total size of each community is more than 10,000 people, the fee will be refunded. The preferential treatment, and the project that meets the requirements will be sent to the main station for review. After the project is approved, the main website will be available for free.

According to CoinMarketCap, as of July 5, there are 27 digital currencies on DEX, 11 projects that meet the daily transaction volume of not less than 50,000 US dollars and a total community size of more than 10,000 people, respectively ERD, SPNDB, AWC, UND, ANKR, RAVEN, LTO, CHZ, BOLT, COS, VRAB.

The ERD is the token of the Launchpad project Elrond, which has already landed at the main station and there is no need to participate in the selection. In addition, the date of CHZ, COS, and VRAB is later than June 20th. It may be the same as the new BZNT, PVT, and TOMOB, and cannot participate in the first round of selection. So in fact, there are currently only 7 projects that have the opportunity to be offered free of charge on the main station.

Being able to freely deposit coins at the main station is tempting for many projects, which means greater liquidity. As of July 5th, CoinMarketCap showed that the coin security main station had a total of 158 digital currencies, forming 512 trading pairs, with a liquidity of up to 3.24 (equivalent to 3 trading pairs per digital currency), each number The average daily trading volume of money is about 1 million US dollars, even if the latter 25% of digital currency daily trading volume can reach about 380,000 US dollars. 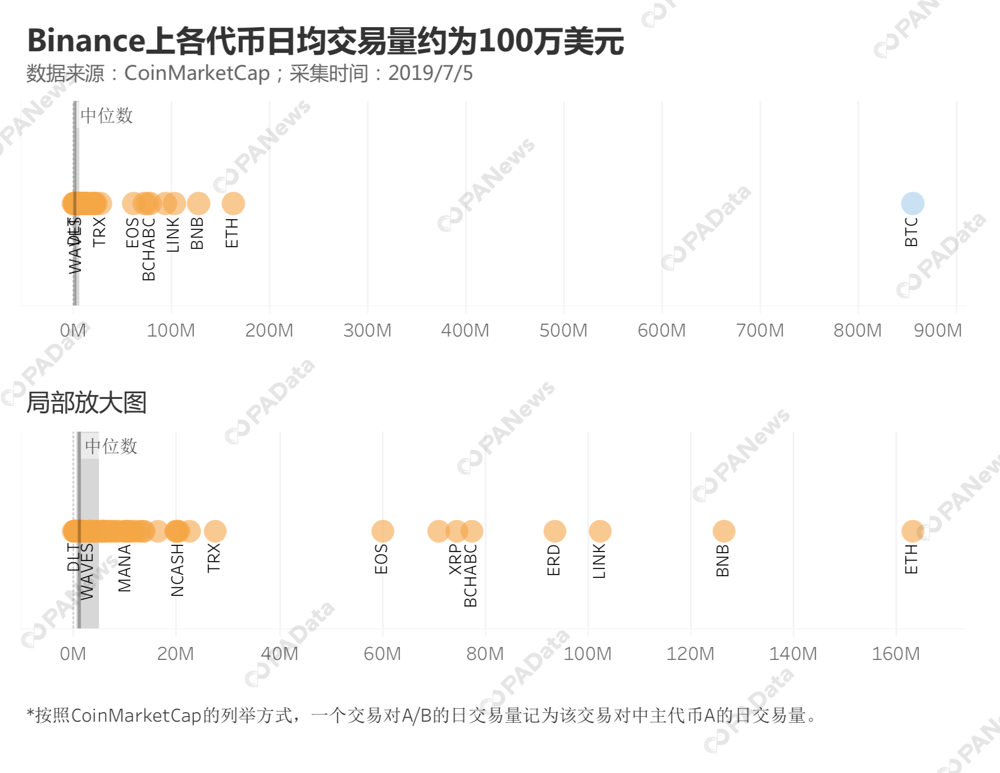 The DEX went online for less than three months, and the liquidity was far lower than the main station. 27 digital currencies can only be traded with BNB. The average daily trading volume (median) on the statistical day (July 5) is less than 20,000 US dollars. The ERD with the largest trading volume on the day has about 6 million US dollars, but the transaction The second-largest SPNDB has only about $600,000 in trading volume, which is lower than the average level of the currency security station.

Although DEX currently has only 27 digital currencies, there are not a few assets waiting to be queued for DEX. According to the data of the Chain browser, there are currently 90 kinds of assets on the chain. According to CoinMarketCap's statistics, from July 6th to July 10th, DEX has added 7 new digital currencies. At this rate, the tradable currency will be rapidly enriched. 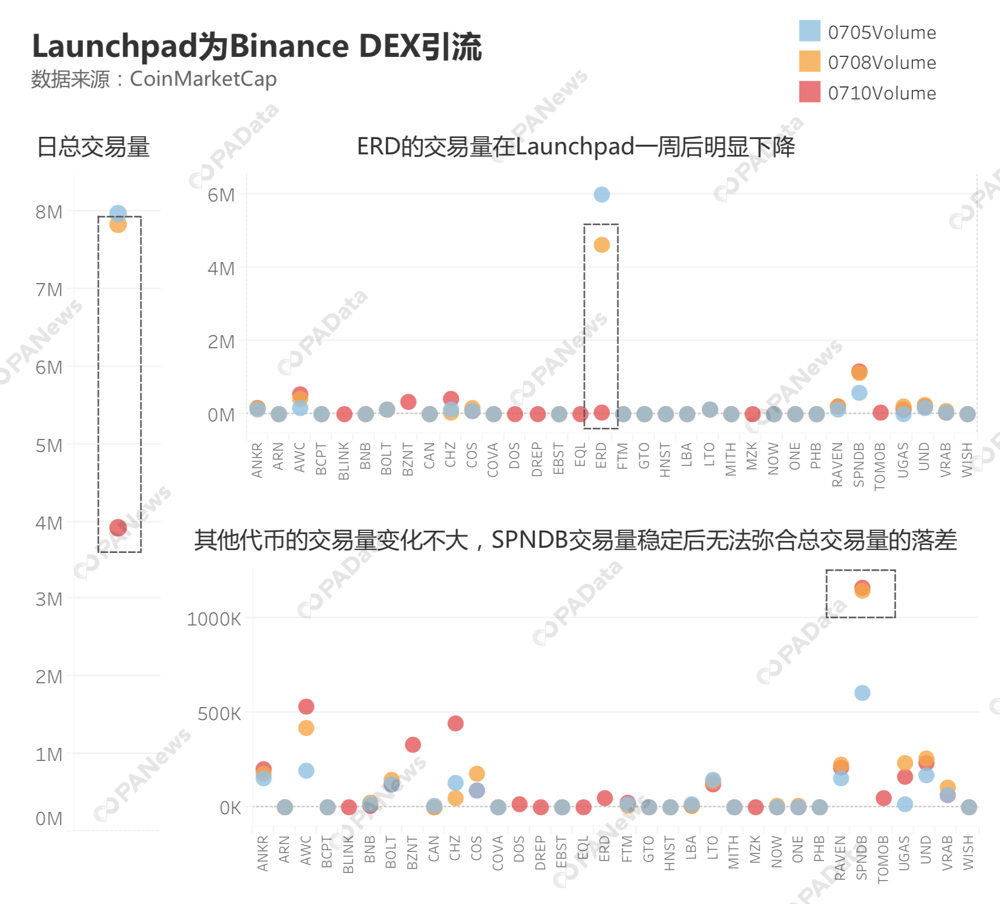 Although Launchpad has limited drainage effect on DEX, DEX, which has only been on the line for less than 3 months, has already achieved a good transaction volume compared with similar products. CoinMarketCap showed that on July 10, the daily transaction volume of the currency DEX was about $3.91 million, while the IDEX, the largest decentralized exchange on the Ethereum, was only about $3.8 million. It is also difficult for the wide user base of the currency security main station to break through the constraints of the decentralized exchange users.

Coin An CGO (Chief Growth Officer) Ted Lin said in an interview with PANews that “the big dealrs will not be the first group to turn to DEX. On the other hand, in terms of retail investors, if they have some understanding and ideas, they may choose Going to DEX to try to make a transaction. No matter what the direction is, as long as the user is willing to choose to go to the DEX transaction spontaneously, in some respects, it is the affirmation of DEX technology. In terms of the fluency of the experience, DEX is also very Complete, it just means that there is a different way of running between centralized and decentralized exchanges." 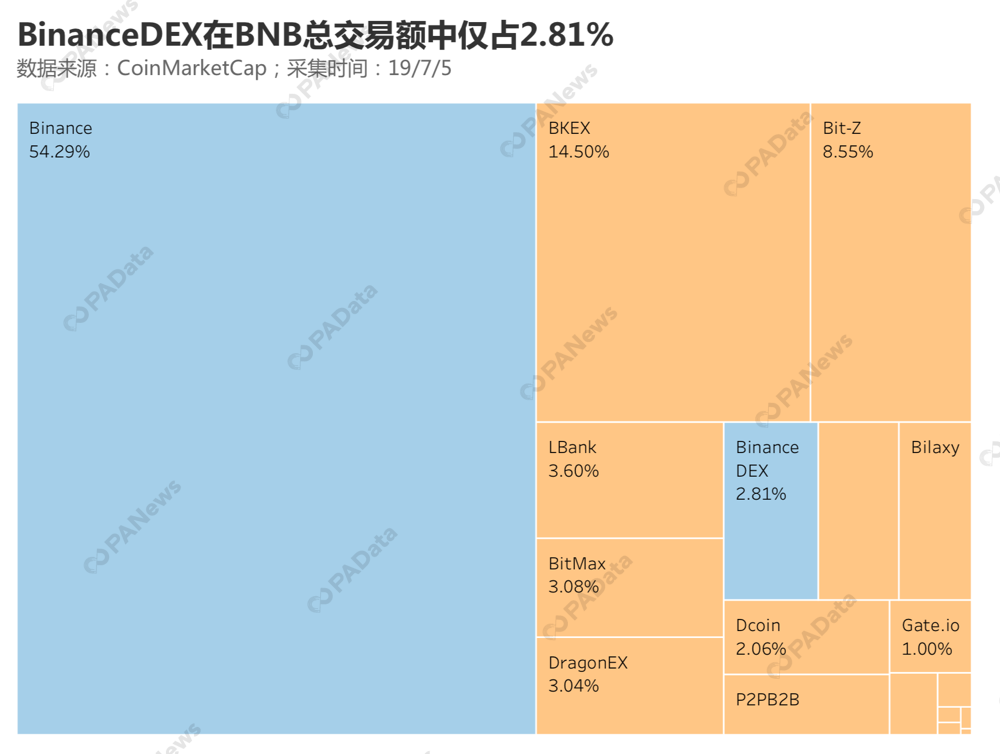 In addition, it is well known that the main profit of the centralized exchange comes from transaction fees, but according to CoinGecko's statistics, there is no handling fee for the transaction of the currency security DEX, but the use of the currency security chain in the transaction process requires a certain fee, such as In the order book trading mode, when Order Expire occurs (the order submitted by Maker is not selected by the Laker to be destroyed), the user needs to pay 0.0001 BNB.

Many people believe that DEX is the future development of the exchange. So, for the currency, if DEX can't create enough liquidity for BNB, BNB can extend to other fields based on the currency security chain, and shake the whole chain ecology. If so, then the main income of the currency, even sustainable development, may be affected. In the process of this migration, the trading business of the Coin Ants will continue to provide energy for the ecological construction of its chain.

After the IEO was broken,…

Resentment and upgrade! Coin An…

Cai Kailong: Without IEO, the…