“In May of last year, when I decided to join the blockchain industry, my friends worried that I would go into MLM. Now they come to me for advice.” Lin Xiaoyi, a practitioner, said about the zinc link.

In 2017, the blockchain industry received attention as bitcoin prices rose. Under the chaos, there is hidden blindness and fanaticism in the market.

The currency circle fluctuated in a round of bulls and bears from the high-rise building, the banquet guest, and the building collapsed. The hype masked the true value of the blockchain, and the outside world once thought that "blockchain = speculative coin." However, with the steady iteration of blockchain technology and its application in various industries, its true value is gradually becoming familiar to the outside world.

Zhao Zhenhua, co-chair of the Hyperledger China group, told Zinc Link, "When we talk about the blockchain today, we no longer doubt that it 'doesn't work,' but shift to how to improve the higher-level requirements such as ease of use and interactivity."

How to put the blockchain into the industry and find the most suitable business scene has become the main topic of the summit forum this year. In other words, the era of industrial blockchain is coming.

From rushing to escaping

"Escape" is the main theme since the second half of 2018. In September last year, best-selling author and well-known angel investor Li Xiaolai announced that he had “exited the currency circle”. He had led or stood on multiple currency projects. Chen Weixing, the founder of Pancheng Capital, ridiculed in the circle of friends that "the market is not good, they have to change course."

The departure of Li Xiaolai is a microcosm.

Since then, investors, media people, and practitioners have withdrawn. From the rush to the escape, these early incomings came for profit, and eventually they were scattered.

"At the time of the establishment of the association in June 2018, the entire campus was once popular. However, by the end of the year, the voice of the "blockchain is a liar" was heard, and many students left.", Du Fu, President of the Shenzhen University Blockchain Association Tell the zinc link.

He is one of the few members who have persisted and decided to "all in the blockchain."

Du Fu and Lin Xiaoyi have similar situations. The students around them have some resistance to the blockchain, or think that the blockchain is a very profitable technology. "A lot of people will come to me and ask me what is the blockchain. If they don't get a satisfactory answer, they won't go into it. They will only make a final conclusion." Lin Xiaoyi is somewhat embarrassed about the misunderstanding of the outside world. However, this is exactly what most people are saying about new things.

Technology is no longer difficult, just break through the practical problems

The innovators who have persisted continue to dig deep into blockchain technology. At present, in the field of alliance chains, technology has no major difficulties. Zhao Zhenhua told Zinc Link that Hyperledger's technological progress in the past year mainly focused on functional improvement and improvement, such as privacy protection, and major technical difficulties have been tackled. More important now is the project landing and brand building. (Note: Hyperledger is an open source project for blockchain cross-industry applications, led by the Linux Foundation in December 2015. Its members include head offices in the financial, banking, Internet of Things, supply chain, manufacturing and technology industries.)

FISCO BCOS is one of the most active alliance chain communities in China. Its senior architect Li Huizhong introduced FISCO BCOS 2.0, which is optimized in terms of performance, architecture and ease of use. Its new group structure makes it easy and flexible to establish multi-party business relationships between enterprises. (Note: FISCO BCOS is the underlying platform of blockchain for the financial sector initiated by Beyondsoft, Huawei, Shenzhen Zhengtong, Digital China, Sifang Jingchuang, Tencent, Weizhong Bank, Yibi Technology and Yuexiu Jinke. )

In the field of public chain, it seems that it is still difficult to see the dawn. It was called "the first year of the public chain" in 2018, and it seems to be too early. On the one hand, the consensus algorithm of the public chain is weaker, with lower security and poor scalability, which is a technical bottleneck. On the other hand, on the landing, the public chain has almost no commercial scene suitable for landing. For enterprises, its efficiency and controllability are not enough. For C-end users, it is still in the education stage, and the traffic is insufficient. The chain itself has not yet been able to carry huge C-side traffic.

Zhao Zhenhua told Zinc Link that the alliance chain is actively pursuing cross-chain technology solutions. In the future, data and business interactions between alliance chains can form a huge network, which is similar to the public chain.

It can be seen that many alliance chains have their databases on the cloud, such as IBM, AWS, Alibaba Cloud, Tencent Cloud, etc. These companies are exploring, or have already landed a "cross-cloud" solution. Technical difficulties have been broken, and the future will focus on the combination with the industry.

There is no cold winter, the industry has been improving

Zhao Zhenhua told Zinc Link that there is no cold winter in the field of focusing on the blockchain, and the industry has been improving. Zinc links communicate with companies in different vertical fields such as finance, agriculture, and justice. They have similar ideas.

In the past year, IBM, Microsoft, BAT, Huawei and other giants are vying to deploy the BaaS platform, and many "one-click development" blockchain platform products are also on the line, which shows that the enterprise-to-blockchain solution The demand is constantly increasing. How to make development easier and more convenient has become an important proposition in the industry since last year. This is also an important step in the blockchain industry.

So, what is the application of blockchain in different areas?

Finance is becoming the largest area of ​​blockchain application. On the one hand, the technical characteristics of blockchain, such as non-tamperable, distributed database, weak centralization, etc., ensure the security and credibility of financial institutions; on the other hand, inter-agency collaboration and data sharing through blockchains, Reduce trust costs and improve efficiency, while also protecting data privacy and solving data benefit distribution problems.

According to the zinc link, there are currently three major factions in “blockchain+supply chain finance”:

The first type is the banking department. The platform developed and used by the bank, such as the “Qianqi Chain” intelligent supply chain financial platform released by Ping An Group's financial account, and the “E-mail chain – coordinating and transferring financing” issued by China CITIC Bank.

Once considered as a subversive object of the blockchain, the bank's layout in the blockchain is also very active. Since 2016, banks such as Bank of China, Industrial and Commercial Bank, and China Construction Bank have applied in the fields of cross-border payment, bills, financing, settlement, digital points, asset custody, and BaaS.

Trade finance and cross-border transfer are also the main scenarios for the bank blockchain. EveriToken founder and CEO Luo Wei said to the zinc link: "Traditional cross-border payment is very cumbersome, from bank to SWIFT to bank, the time period is long, the handling fee is high. Through the blockchain, using a peer-to-peer system, It can be realized to revolve the account seconds." (everiToken is a public chain specially designed for the pass)

2, blockchain + justice: or the most successful field of landing

Judicial depositation may be the most successful application area of ​​the blockchain so far, and obtaining the “access permit” of the judicial system also clears the source of the blockchain technology and is more conducive to its application in other fields.

As early as December 2017, Yibi Technology also established the “Arbitration Chain” with Micro-Bank and Guangzhou Arbitration Commission, and issued the industry's first award;

In addition to using the technical characteristics of the blockchain “not tamperable and traceable”, it builds a chain of alliances around the Internet Court, forming an ecosystem of multi-party supervision.

3, blockchain + Internet of Things: the era of the Internet of Everything is about to open

In industrial applications, Zhining Wanyuan CEO Dong Ning told Zinc Link that they are cooperating with COSCO Shipping and China Mobile to develop a “blockchain-based intelligent shipping management platform”. The data collected by the sensor is encrypted and distributed by the blockchain technology, and the automatic alarm function of the risk factor is provided through the smart contract.

In the C-side business, Changhong, a traditional home appliance manufacturer, began to explore cross-platform collaborative interconnection of home appliances in 2013 to develop smart homes, smart communities and smart cities. In Changhong's smart business, the blockchain is gradually becoming the infrastructure for IoT security.

Tang Bo, the head of Changhong Information Security Lab, told Zinc Link that the application password technology represented by the blockchain will reconstruct the security boundary for the Internet of Things, establish a trust domain between devices, and realize secure and trusted interconnection. At the same time, the key behavior information of the IoT terminal de-privatization is distributed, and distributed in each node of the blockchain to ensure data integrity and availability, and promote the construction of intelligent and coordinated security protection system.

4. The policy is gradually clear: constantly regulate the industry under strict supervision

First, financing activities in the name of virtual currency are defined as illegal fundraising in China.

In August last year, the China Insurance Regulatory Commission, the Central Network Information Office, the Ministry of Public Security, the People's Bank of China, and the General Administration of Market Supervision jointly issued a warning on the prevention of illegal fundraising in the name of “virtual currency” and “blockchain”, while the government closed the overseas The 124 websites operated by the encryption switch.

Second, the attitude towards blockchain technology is regulation, standardization, and support.

At the end of March this year, the National Internet Information Office announced the first batch of "blockchain information service filing number" list. Although the filing did not involve industry supervision, it represented the blockchain enterprises and their business is moving towards legal compliance.

In addition, Shanghai, Hangzhou, Guangzhou, Chongqing, Changsha and other cities have established blockchain industrial parks. Although Beijing and Shenzhen do not have industrial parks, they have also introduced a series of support policies.

On the other hand, the government applies blockchain technology to the actual business, which is the application of blockchain application in the context of smart government. Cases include Guangzhou Government Affairs Cloud, the electronic certificate of the Macao government and Weiwei WeIdentity, the eID digital citizen of the Hong Kong government and Ping An Technology, and so on.

Looking back at the blockchain in the past year, we can find that the silence is only the currency circle, and the blockchain technology has been in full swing and landed.

In terms of technology, its valuable point is that "all people collect firewood high", open source is the characteristics of the blockchain, in the developer's relay race, the blockchain quickly completes the technical breakthrough.

In application, blockchain technology transforms the physical industry, not only can achieve “data credibility”, improve efficiency, reduce costs, and may become one of the best solutions for inter-enterprise collaboration in the future. Enterprises, government agencies, academic institutions, etc. have seen the application value.

All of this means that the era of industrial blockchain has arrived.

The original title "Those who advise me" blockchain is a pyramid scheme "friends, now come to ask me|Zinc things" 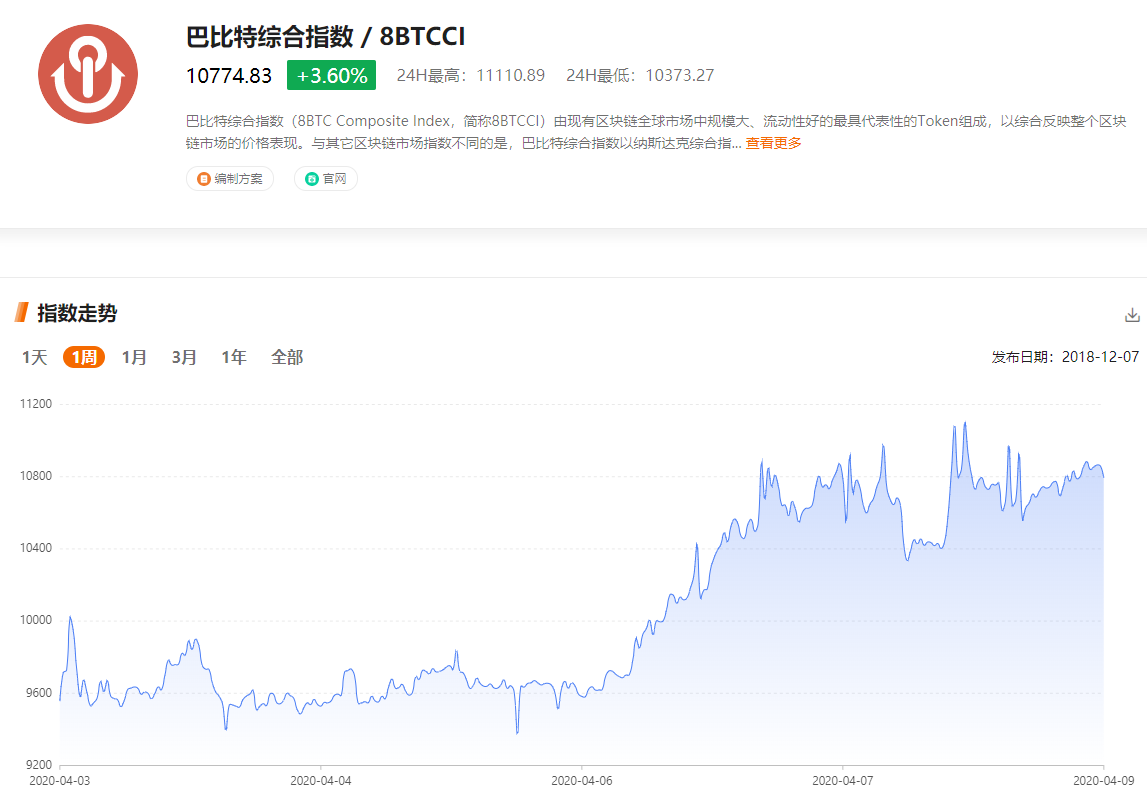