Please note that hedge funds, which are actively managed funds, charge high management fees and look for high returns beyond the broader market.

Actively managed funds correspond to passive funds. Passive funds do not need to actively research the market and look for opportunities. They only need to allocate assets according to the corresponding ratio, so the cost is extremely low. Index funds are typical passive funds.

But in fact, it may not be difficult to understand. It is easier and more convenient to hand over the assets to the fund than to buy and save bitcoin. However, if you only want to hold bitcoin, the purchase cost is cheap. Type funds are a good choice.

Due to the surge in cryptocurrency earnings, many cryptographic hedge funds have been introduced in the past two years. Although some of these funds have experienced teams of hedge funds, many of them actually rely on rapid profit during the hype.

In this article, I will tell you why most so-called encrypted hedge funds are not actually hedge funds, but just passive investors in a basket of cryptocurrencies in a similar way to mutual funds. Despite this, many of them still charge a typical 2/20 management and performance fee for the hedge fund world.

An encrypted hedge fund is invested by multiple investors. The cryptocurrency hedge fund is an actively managed product whose purpose is to generate high-risk adjusted returns that are not related to the encryption market (alpha) direction. This is in contrast to crypto-index funds, which are passively managed products, with the goal of providing only beta revenue for crypto-equity.

Figure 1 shows the number of cryptographic funds released and the price of bitcoin .

As can be seen from the figure, there is a high correlation between the two measured values ​​(ρ = 0.70). This should be expected, as higher bitcoin prices indicate a greater interest in the field of encryption and may increase the size of the crypto fund, resulting in greater economic incentives. Figure 2 shows the assets (AUM) that an encrypted hedge fund manages over time, as well as the price of Bitcoin. It is worth noting that despite the bear market in 2018, encrypted hedge funds still managed to attract funds. This may be due to the general interest in the field of encryption, and investors may want long-term investment. Figure 3 shows the AUM distribution of an encrypted hedge fund. As it proves, crypto funds are much smaller than traditional hedge funds, most of which have asset management scales of less than $10 million, and only 5% exceed $100 million. Figure 4 shows the distribution of encrypted hedge funds by city. It can be seen that they are spread all over the world and are common in major financial and technical centers such as San Francisco, New York, London and Singapore. We now analyze the overall performance of the encrypted hedge fund industry to see if they can provide unrelated returns to the market (alpha), or whether they can only provide a return on passive cryptocurrency (beta). 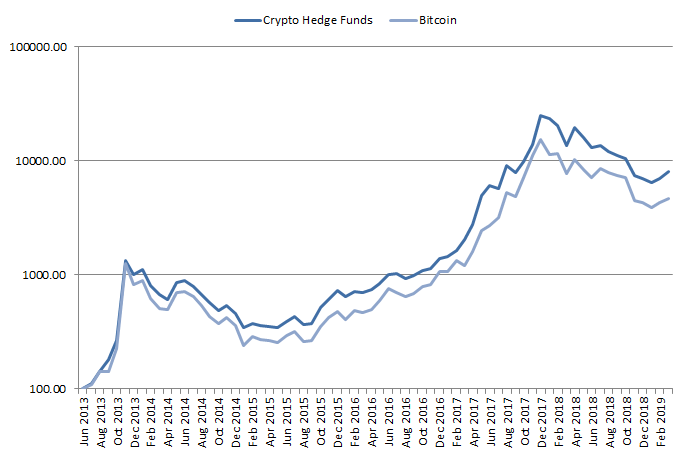 Table 1 shows the performance statistics of encrypted hedge funds compared to Bitcoin. As shown in the table, the two products have very similar characteristics with similar returns and volatility.

As can be seen from the table, the encrypted hedge fund is actually a beta provider, not an alpha product that should be. Their beta is actually 0.9, compared to beta, alpha is quite small (0.01) and has a correlation with the encryption market of 0.98.

This is what mutual funds or crypto-index funds should expect, and it provides investors with some kind of encryption market. These products are usually cheaper than hedge funds because they do not require expensive resources to actively manage the fund. In the next section, we analyze a hypothetical system long/short encryption investment strategy, the performance of a possible encrypted hedge fund strategy, and see if it provides the expected alpha opposite to the previous analysis.

Figure 7 shows the “Assumption System Length and Encryption Investment Strategy” (Translator's Note: This section is suspected of advertising because “The hypothetical system long/short encryption investment strategy” is an investment product strategy of the author's company) applied to the transaction. When the volume is ranked in the top 14 cryptocurrency, the net cost of the posterior performance of its transaction costs. This strategy was compared to Bitcoin's passive buy-in holding investment.

As can be seen from the figure, this strategy performs better than Bitcoin and is consistent with Bitcoin's performance in bull and bear markets. This is what the hedge fund strategy should expect, in other words, regardless of market conditions, can provide irrelevant positive returns. Table 3 shows the performance metrics for the hypothetical system long/short encryption strategy and compares it to the passive investment in Bitcoin.

As shown in the table, systematic bulls/shorts will exceed passive bitcoin investments. In terms of returns, its average annual return is 224%, almost double the bitcoin.

In terms of risk, its volatility is slightly higher than Bitcoin. With a better return on the same number of risks, the strategy will achieve a better Sharpe ratio of 1.96, while Bitcoin is 1.18.

Table 4 shows the performance attribution statistics for the assumed system long/short encryption strategy compared to Bitcoin. As can be seen from the results, this strategy will bring true positive alpha.

In summary, based on previous results, the hypothetical system long/short encryption investment strategy will provide alpha rather than beta, and is therefore a good candidate for proper encryption hedge fund strategies.

Based on the previous analysis, we can draw the following key points:

1) Many cryptographic hedge funds launched in the past two years: Many cryptocurrency funds were introduced in 2017 and 2018 due to rising cryptocurrency prices. Despite being a bear market, they managed to increase their asset management scale in 2018.

Get the course of the digital currency by Mu Changchun, deputy director of the payment and settlement department of the APP online

Market Analysis: BTC bulls are strong, but may be strong