What is the most important day in the currency circle? I think it should not be the day when the Bitcoin ETF was passed, the New York Stock Exchange on the line of Bitcoin futures, or the Nasdaq on-line bitcoin futures. It is the day when Bitcoin has been halved twice in the long-term development process (nearly 10 years). 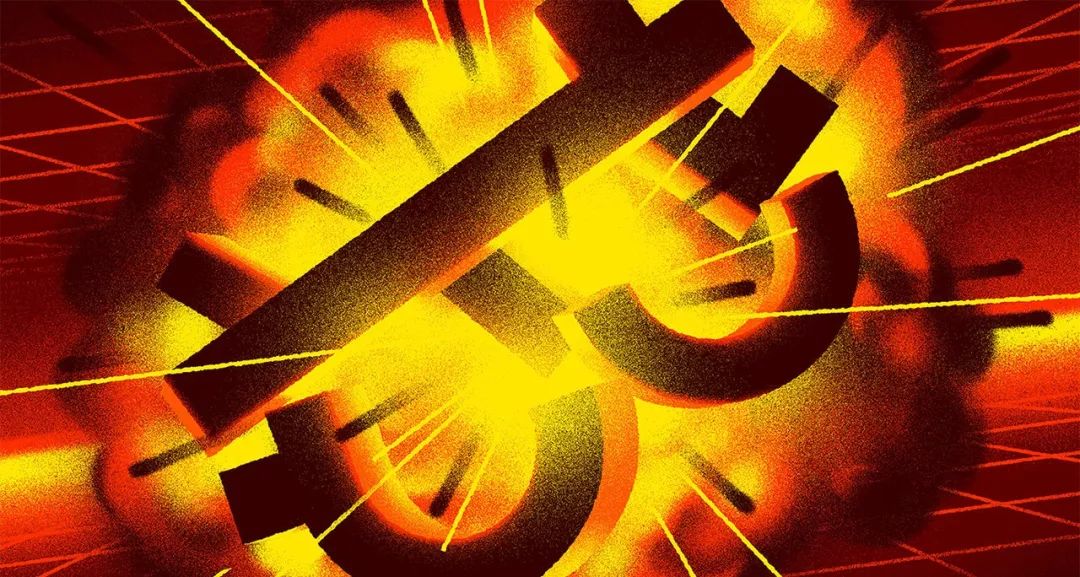 Although there are only two historical trends that can be referenced, Bitcoin has skyrocketed several times after every halving. It is necessary to know that there is no policy permission before, but Bitcoin is like a street mouse. Everyone shouts. . Bitcoin has skyrocketed against the trend, giving the defenders a financial freedom.

Therefore, from May 2020, the expectations of the public have been reduced by half a year, and Bitcoin has quickly responded with an increase, only three times more recently. However, this halving is different from the past. Although there are opportunities for wealth creation, if Bitcoin itself cannot make a smooth transition, there may be a huge disaster!

Why do we invest in Bitcoin? Most people will say that Bitcoin's 21 million pieces are not issued, and they have the property of deflation and preservation like gold. In fact, it is still in inflation until now, because Bitcoin has been continuously issued compared to the previous circulation.

In the Bitcoin network, in order to help the miners have the power to maintain the security of the network, Nakamoto has formulated the rules for the issuance of Bitcoin, and the issued bitcoin is awarded to the miners who compete for competition with the result of the competition, halving every 210,000 blocks. Once, each block is about 10 minutes, and the calculation can be halved every about 4 years. The first time is 50 bitcoins every 10 minutes, has been halved twice and is currently 12.5 bitcoin rewards every 10 minutes, the next halving is 6.25. 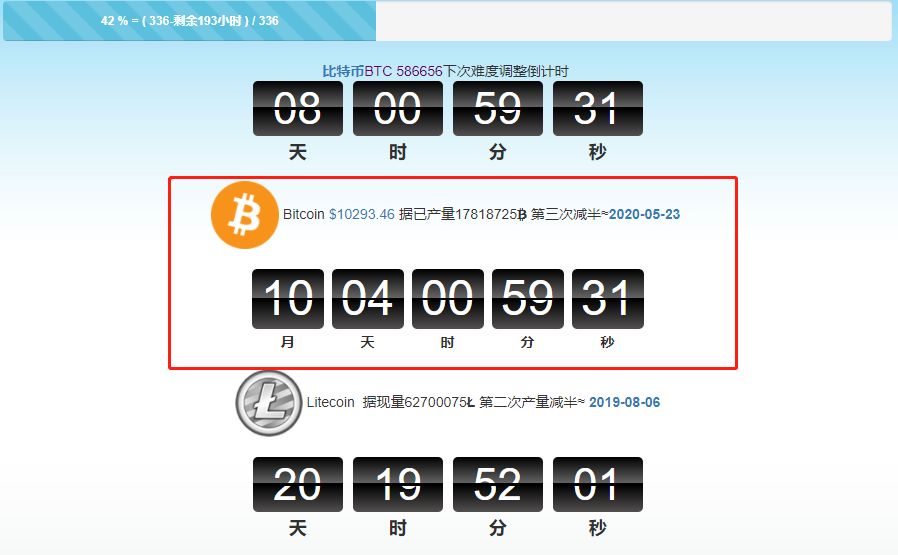 According to the theory of supply and demand of prices. The supply of Bitcoin is dynamic, that is, currently 12.5 bitcoins per 10 minutes. With the influence of current policies, bitcoin is good. For example, Fed Chairman Powell believes that bitcoin is like gold, NYSE and NASDAQ have different layouts. Bitcoin futures, etc., are all increasing the demand for Bitcoin clients.

In May 2020, halving will break the dynamic balance of bitcoin output, halving from 12.5 bitcoins per 10 minutes to 6.25, halving the supply side, and increasing the demand side. The overall market bullish sentiment is strong. Bitcoin entered a rising self-reinforcing stage and in a short period of time, it outperformed all the global financial assets.

Therefore, in any case, before the next half-day, the self-reinforcing stage is gradually strengthened. Like the previous two halvings, there is an opportunity to create wealth. This is also the current retail, financial institution, giant. The most direct reason for the company to enter the market and layout the cryptocurrency field!

For the vast majority of people, what is seen is the benefit of halving bitcoin production, and halving the cyber security is the most fundamental problem for the Bitcoin network to survive.

In the Bitcoin network, because it is distributed, its security is guaranteed by the number of miners, more precisely, the decentralized computing power to ensure that if the network is too low, it will easily lead to security problems. (Double-flower attack), if the bitcoin network that has never had a security problem appears after halving, we can think that it is devastating to Bitcoin, the dream of the world currency will be smashed, and it is destined to be a minority. The player's market. 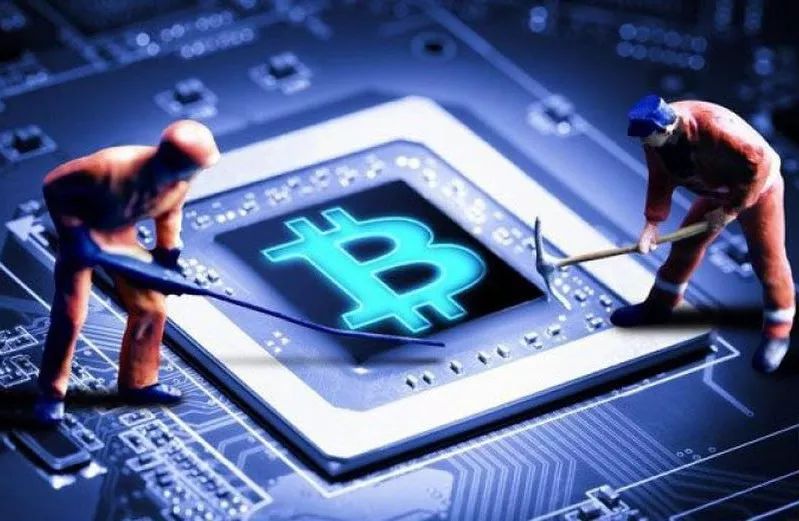 The bitcoin miners are profit-seeking. This is also the most fundamental reason why Nakamoto has integrated human profit and game theory in the design of the Bitcoin network to ensure that the Bitcoin network has been in good operation for 10 years. Faced with halving, it is actually the biggest headache for miners. Because the output is halved, the income of miners is also halved from the perspective of the currency standard, despite the halving of the transition in four years, but the implementation is On the nodes, it is still not smooth enough. For example, the miners in the previous block and the next block, the rewards are suddenly halved, which is a steep drop, especially when the cost and revenue are close, then most miners will face downtime. This will seriously threaten the security model of Bitcoin.

Some people say that there are two reasons why the disasters in the transition were not found in the previous two times. First, the price increase of bitcoin prices in the process of rising is greater than the increase in computing power, and the impact of this is slightly lighter. Second, the first halving is the development of a chip mining machine for roast cats, replacing the graphics card mining machine. The technical advancement has reduced the cost of miners; the second halving is due to the iterative development of the bit-continent chip mining machine. It also reduces the mining cost of miners. And this time we halved, we found that the development of the chip has encountered the bottleneck of the world's technology, the mainstream mining machine has not been iterated for 2-3 years, even if there is a new mining machine, but there is no obvious cost reduction advantage, this This means that the mining market will face tremendous pressure and threaten the security of the Bitcoin network.

We can see by halving the history that Bitcoin is halved every time with the upgrading of mining products. The advancement of technology will eliminate backward mining machines, but it will give birth to a larger industry. This is a different dimension. The blow. However, this halving will compete from the same latitude, and it should be considered a vicious competition. Simply speaking, whoever has a low price will be able to stay longer and build competition on the natural resources outside the product. It is not sustainable yet.

Assuming that the profit-seeking nature of the Bitcoin system will work again, and the desire for human greed is not limited, there will be two solutions to solve the problem of miners. First, it strongly promotes the bitcoin skyrocketing after halving, offsetting the cost pressure caused by the halving of the price of the legal currency; secondly, increasing the fee income of the miners' packing block to compensate for the loss caused by the halving.

One: Strong push for bitcoin skyrocketing after halving. This requires all participants to form a consensus that Bitcoin will replace the French currency as a global currency, which is often accompanied by policies. For example, the head country recognizes the currency status of Bitcoin and as a foreign exchange reserve, it increases its equivalent to the legal currency. The same application scenario, this is quite difficult, but this is a problem to be considered in the next halving, and this halving may not require such a large demand, so on the demand side, as long as some large institutions Recognizing and holding Bitcoin is enough to weather the crisis and promote the skyrocketing of Bitcoin. There are already references, such as the approval of the Bitcoin ETF, the better development of the New York Stock Exchange and the Nasdaq Bitcoin futures. !

Second: increase the income of miners' fees. One of the above is to hope that the external ZF license, the operability is still not very strong, let's take a look at the internal solution to improve the miners' fee income. We know that the income of miners comes from the blockchain rewards, part of which comes from the miners’ fees, and the block rewards are halved. If the fee increases, it can also make up for the gains. At present, the miners’ fee income accounts for the reward ratio. 5% means that you have to increase your fee income by at least 10 times to reach a balance.

However, we found that the bitcoin network is often congested, the demand for transfer on the chain continues to increase, and the miners are preferentially packaged and willing to pay relatively expensive fee transactions. At present, the fee for the transfer of the chain is about a few dollars. If you expand it by 10 times, it means that it takes dozens of dollars, and it is obviously impossible to execute on the main chain. According to the current bitcoin soft fork route, it can only be executed through the chain, and the small transaction is removed or even eliminated from the bitcoin main chain. Similar to the exchange, the internal transfer is free, and only the transfer fee is required in the chain transfer. .

At present, there are also bitcoin sidechains. For example, lightning network can also do it. Lightning nodes only need to charge almost zero fee income, transfer money at high frequency, increase the fee income of lightning nodes, and reduce the frequency of transfer on the main chain. Hedging the high cost of the main chain, the premise is that the lightning network should be fully developed. However, despite the rapid development of the lightning network, as of the issue of the document, there are only 941 bitcoins in the channel, which is far from enough. In the next less than one year, we will continue to develop!

Summary: Bitcoin is less than a year away from halving, and the days of long-awaited are coming. There is no doubt that during this period, the bitcoin market will have opportunities to make a fortune, but there are still many challenges to be considered in order to halve the peaceful transition. In peace of mind, you can't just focus on the halving of what you see. You should pay attention to the problems caused by halving. The former is short-sighted, the latter is for long-term planning. After catching the oriole, don't be overwhelmed. The mind is good!

Ethereum 2.0 is not yet online, and fraudsters began to defraud users' funds