In fact, as early as two years ago, many domestic practitioners began to use the blockchain in poverty alleviation.

How can the blockchain help poverty alleviation? What problems can it solve? What kind of efforts do people need to make for this?

From rural to urban areas, from government, enterprises to non-profit organizations, how to effectively carry out poverty alleviation work has always been a major problem.

According to OpenLaw, the referee document search platform, since 2004, the total number of open referendums related to poverty alleviation in China has reached 35,869. Corruption and bribery, property infringement, and misconduct have become the top three cases.

In the classification of cases involved, corruption judgments accounted for the most, up to 7,317, accounting for 20% of the total. According to the National Audit Office, in 2017 alone, 7 billion of the 140 billion poverty alleviation funds allocated by the central government were intercepted by corruption.

In addition, poverty-stricken areas often have a vicious circle of information occlusion, backward production technology, lack of sales of products, and difficulty in obtaining financial loans.

The blockchain technology is expected to solve many poverty alleviation problems.

At the two sessions this year, many NPC deputies called for the application of blockchain technology to poverty alleviation. “Blockchain+Poverty Alleviation” has become a hot word for the two associations.

What is “blockchain + poverty alleviation”?

In fact, blockchain poverty alleviation is not a new concept. As early as May 2017, Yixin Loan, a subsidiary of CreditEase, launched a public welfare platform based on blockchain technology, “Public Welfare Sanshengshi” to help poor farmers borrow.

It is reported that the platform connects two groups, one of which is a caring person who lends funds, and the other is a farmer who has borrowing needs. And every flow of these funds will be recorded in the blockchain.

“How much to lend, when to lend, who the money helped, the whole process is clear at a glance.” The relevant person in charge of the agricultural loan told a blockchain reporter.

According to official data, the project has accumulated 4,323 borrowing farmers, and the number of platform lending has reached 32,375, with a total funding of 83 million yuan.

Also in 2017, Zhong'an Technology, another financial technology company, launched the “Step by Step” agricultural poverty alleviation project in response to the problem of unsalable agricultural products and low prices faced by poor farmers.

Zhongan Science and Technology official data shows that “step by step chicken” combines “blockchain, internet of things and anti-counterfeiting technology”, consumers can check the geographical location and step-by-step information of free-range chickens in real time to verify their identity.

“The core of this project is to keep the whole process information of 'step chicken' from breeding and slaughtering to slaughtering and sales.” Shao Yong, the person in charge of the project, told a blockchain reporter, “We will work with local governments to help the poor. Cooperate to build a farm, let poor farmers participate, and gain income."

From the beginning of the column, each "step chicken" will be tied to the "chicken card." The chicken brand has a unique ID, a QR code on the surface, and an RFID chip built in to realize chicken identification and information recording. 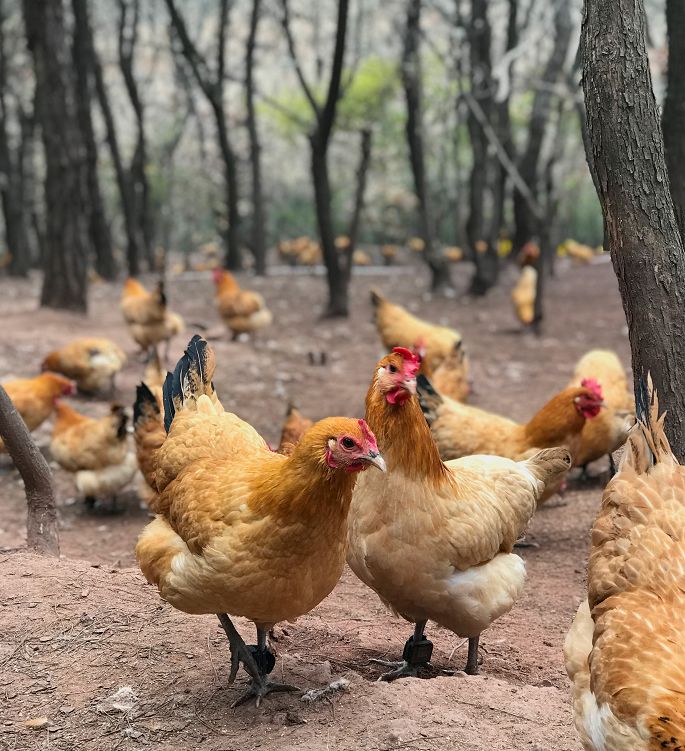 From step-by-step, slaughtering to refrigeration, packaging, transportation, etc., the chickens will be kept until the consumers buy them. Once the chicken card is removed, it will be damaged and cannot be recycled.

Shao Yong said that so far, there are about 400 “step chicken” farms across the country, and more than 1,000 farmers have been helped.

In addition to assisting agricultural production, blockchain technology can also be directly applied to poverty alleviation.

In May 2017, the first “blockchain precision poverty alleviation” project supported by the government in China was launched in Hongyun Community, Guiyang City, Guizhou Province.

Bryan, the head of the Nets Technology Poverty Alleviation Project, which provides technical support for the project, said that they have established a “helping and working blockchain data storage system” to accurately distribute poverty alleviation funds.

In Bryan's view, the issue of mutual trust is the biggest difficulty in the past poverty alleviation work of the Hongyun community.

In the era of low levels of informatization, the above chaos is difficult to put an end to.

Because the information is not open, some people may receive two bailouts, while others do not.

Bryan said that now, in the "helping the work blockchain data storage system", the personal, family information and fund issuance information of the difficult people have all been opened, and will be recorded in the blockchain.

The system also has the function of automatic review and tamper warning of poverty alleviation information.

When the people apply for assistance, the system will automatically review their qualifications based on the information entered by the residents of the neighborhood committee. If it meets the conditions, it will pass; otherwise, it will be rejected.

When the information is modified, the system will automatically alert each node. The warning will not disappear until the community personnel determines that this is a legal change.

"This will not only ensure the openness and transparency of the whole process of poverty alleviation, but also solve the problem of inaccurate identification of poor households," Bryan said.

In addition, through the names of the name, the neighborhood committee, and the time of the application for assistance, the staff can also easily find relevant data in the system.

However, due to privacy considerations, data queries are limited to government intranets.

03 Difficulties and the future

In his view, poverty alleviation itself is a public good that runs counter to the goals of many business models. If the blockchain poverty alleviation wants to be popularized, it must rely on the active promotion of the government or large enterprises.

There are several major factors that constrain the blockchain to help the poor, one of which is the level of hardware and software.

Poverty alleviation information is supported by equipment such as the Internet of Things, and the cost is high. The blockchain poverty alleviation platform also has requirements for the computer level of operators.

In the most critical information chain, there are challenges.

“Poverty alleviation project information is often very fragmented. There are certain technical difficulties in integration, and it also requires a lot of manpower and material resources,” Bryan said.

This was confirmed in the “Step by Step Chicken” project.

“'Step by step chicken' collects information through the Internet of Things device 'Chicken'. 'Chicken' can't be recycled, and the hardware cost is high, which leads to the high price of chickens.” Shao Yong said.

The person in charge of the peasant loan also shared the same feeling. “In the field of poverty alleviation loans, it is easy to record 'borrowing' information, but it is difficult to record 'return' information,” he said.

This is because the peasant loan association cooperates with the public welfare microfinance organization or the farmer professional cooperative to complete the loan disbursement and collection. However, the level of informationization in some areas is limited, and the collection of payment often occurs offline, and data collection is difficult.

“It’s technically difficult to get all the money back in the chain,” said the person in charge. “We are still exploring.”

In any case, the blockchain technology is gradually advancing in this area in the field of poverty alleviation.

“Many people’s perception of the blockchain is still stuck in the speculation. The application of blockchain technology to public welfare may change their views,” Bryan said.

The “blockchain+poverty alleviation” model is not yet fully mature.

The high cost of integrating information, the immature technology, and the difficulty of cross-departmental collaboration… all kinds of difficulties are the reality of objective existence.

However, the “precise poverty alleviation” under the help of blockchain has become increasingly effective.

It must have a bright future.