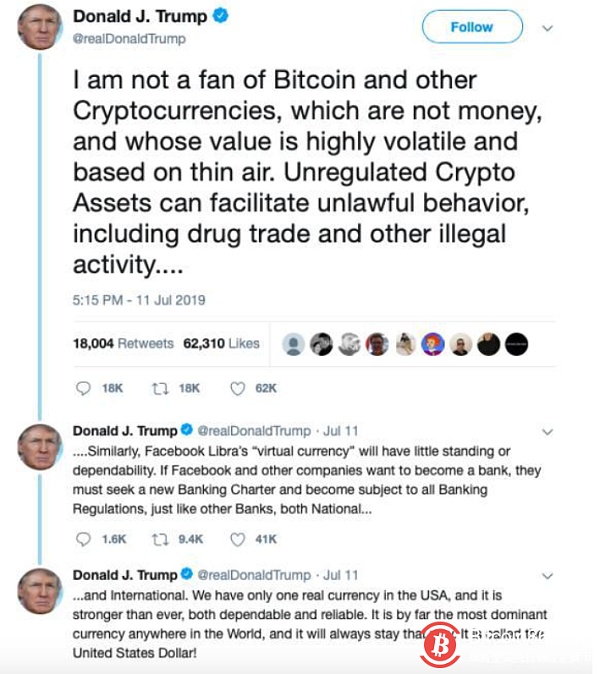 Interestingly, Bitcoin prices have risen slightly after Trump's tweets, and it seems that investors believe that Trump's short-term focus on cryptocurrencies will translate into "positive energy" for bitcoin prices.

Executives from the financial community also believe that in the long run, Trump's tweets bode well for cryptocurrencies, and CEO Jeremy Allaire is also on social media. It is suggested that this may be the biggest bull market signal in the history of Bitcoin. 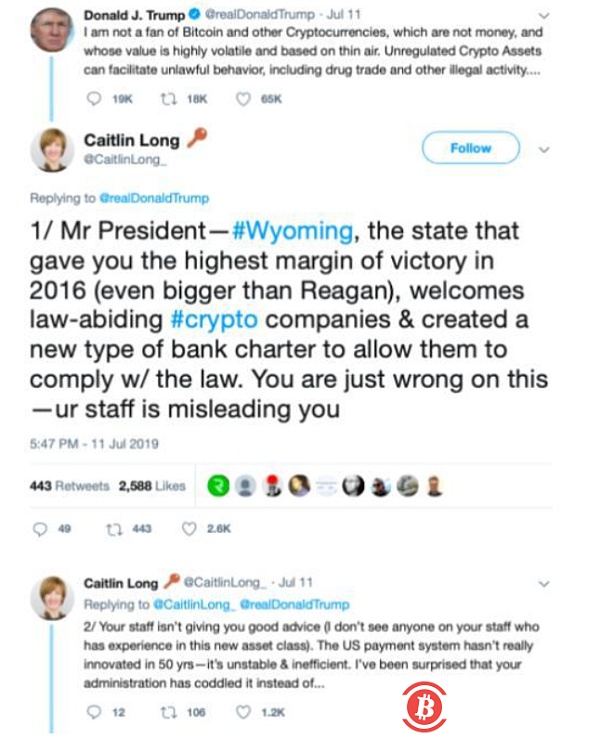 At the same time, eToro senior market analyst Mati Greenspan said: "Even if Trump says he is not a fan of Bitcoin, the fact that he mentioned it is very optimistic for the entire encryption market. Trump mentioned that the benefits of Bitcoin are reflected in: Other presidential candidates can respond to Trump's comments on cryptocurrencies. Take Democratic candidate Andrew Yang as an example. He once said:

“The blockchain has a lot of potential. It can make many things safer, more transparent and more efficient.”

Yang is best known for its UBI (Universal Basic Income) program, which aims to distribute $1,000 per month to every American and accepts campaign contributions from Ethereum, Bitcoin and other digital assets.

Does Bitcoin need to argue?

Given that 22 candidates are running for the Democratic nomination, the bitcoin issue may surface during the upcoming Democratic debate. As PT Barnum said many years ago, "there is no bad publicity." History has proven that bitcoin, whether positive or negative, will thrive in media communication. (The internet)

Today's panic and greed index is 5, a new low of nearly 1 year

SEC Commissioner: Due to the special nature of the encryption field, some adjustments to the regulatory framework are needed.