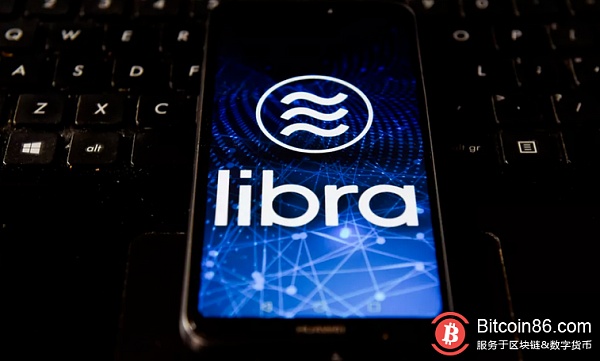 Libra's first Senate hearing will be held at 10pm on July 16th, Beijing time, with the theme of "Reviewing Facebook's Digital Currency and Data Privacy", and another House hearing will be held on the evening of July 17th, Beijing time. The meeting was held with the theme "Reviewing Facebook's proposed cryptocurrency and its impact on consumers, investors and the US financial system." At that time, Libra's head David Marcus will attend two hearings and face the martyrdom of members of the House of Representatives.

In fact, for this hearing, Marcus showed a strong desire to survive. On the eve of the hearing, Marcus responded to questions about regulation and anti-money laundering.

Marcus said Facebook will not offer the digital currency Libra until the regulatory issues are fully resolved and properly approved.

In addition, Marcus also said: "Libra is a payment tool, not an investment. Libra is linked to deposits, short-term government bonds and other national currencies. It is just to avoid the impact of local fluctuations on the price of the currency. It does not mean that Libra is to be sovereign. Currency, the currency represented in the Libra Reserve will be subject to the monetary policy of governments. Libra has no intention of competing with any sovereign currency or entering the monetary policy field."

In terms of personal privacy, Marcus also responded by explaining that public user information will be limited to most blockchain information, where the transaction includes only the public address of the sender and receiver, the transaction amount and timestamp.

As for anti-money laundering, Marcus said that Facebook and its partners can design new and effective ways to combat money laundering and terrorist financing.

Although Marcus responded to the concerns of the regulatory authorities, the trip to the hearing was still difficult for Marcus.

At the hearing of the US Financial Services Commission on July 17, Marcus will once again face the martyrdom of President of the Service Commission, Maxine Waters, after Waters publicly called for the suspension of Libra's development.

Not only that, but many members of the two hearings still have a negative attitude towards Libra. For Marcus, it will face an extremely difficult battle.

Although the hearing is not the end result, it is bound to have an impact on the final result.

Coindesk wrote that given the special status of Libra, the final outcome of the hearing will not only affect Libra itself, but will also have a profound impact on the entire digital currency.

Industry insiders said that if Libra's hearing is successful, Bitcoin will likely rise again, and if the results are not satisfactory, it will also hit the digital currency market.

Of course, perhaps we don't have to be so pessimistic. According to past data, the general parliamentary hearing on digital currency will boost bitcoin prices.

In the first ten days of February 6, 2018, from $12,000 to $6,000, the US Securities and Exchange Commission (SEC) and the US Commodity Futures Trading Commission (CFTC) chaired the Senate Banking Committee hearing, and the results of the hearing were unexpectedly positive. As a result, Bitcoin rebounded to above $11,700 by February 20, 2018.

On July 12, 2018, the price of Bitcoin fell from $6,820 to $6,070 in five days. However, on July 18, the Congressional Financial Services Committee held a "crypto as a new form of money" hearing and rebounded to $7,400. More importantly, Bitcoin remained competitive for the next few days as the hearing did not take an excessively negative attitude and rose to a high of $8,500 on July 24.

For now, the price trend of Bitcoin seems to be in line with this feature. Starting on July 10, Bitcoin fell successively, falling from $13,000 to $9,800, and started to rebound today.

For Marcus to attend the hearing, Morgan Creek CEO Anthony Pompliano said David Marcus will be the first person in history to defend the digital currency in front of the most powerful legislature.

CNBC host Ran Neuner said that Marcus’s remarks at the hearing would have a huge impact on the world.

Regardless of the outcome, July 17 is destined to become another milestone in the cryptocurrency industry. (Coin World)

Quotes: The main funds frequently carry out short-term operations, the risk is higher, and the short-term focus is on support near $ 6550 Inventory: 2019's biggest winners and losers in the crypto industry

The first full text! Libra Association calls out the G7: Libra can coexist harmoniously with the central bank's digital currency