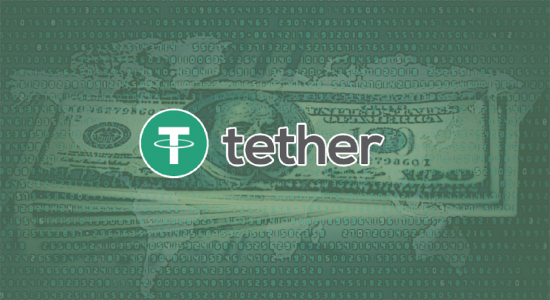 I believe everyone is worried about the upcoming "trial" of USDT. In fact, everyone did not care much about this matter, but in the past few days, it happened to enter the cryptocurrency market, so that people can't help but worry about whether this stable currency will suddenly burst at this time.

Perhaps you are still not sure what difficulties Tether will face, and quote CoinDesk related reports:

“On April 25, 2019, the New York State prosecutor brought Tether and its parent company, iFinex Inc, and Bitfinex to court. In the 23-page indictment, the prosecution accused the two of alleged major violations and further speculated Tether allegedly misappropriated $900 million in USDT reserves to help Bitfinex make up for the deficit. The prosecution also believes that Bitfinex and Tether are using their market position to perpetuate fraudulent investors. If the results of the investigation are true, Bitfinex and Tether may not only face high The fine is fine and may even be sentenced to stop operating.

Recently, the New York State prosecutors will hold a hearing on the matter, and Tether and related companies will need to respond by July 22. According to the public agenda, the hearing will be held on July 29.

This news has been sent in many financial media. Many ordinary investors panic after seeing the news, and they have been passed down by word of mouth. In the end, it has become: USDT This time is really over.

02. What should investors do?

In fact, everyone does not have to panic, why?

First of all, is the USDT going to be over, and the Americans say no, let alone the New York prosecutors. Because Tether is a Canadian company , the most Americans can do is to ban   Tether's business related to US businesses, as well as prohibiting US users from using the services provided by Tether.

Second, Tether has long since begun to prevent US users from using their services. From the current ratio, the most used USDT is the Chinese trading platform, followed by the trading platform outside China and the United States. The lowest proportion is the US trading platform: 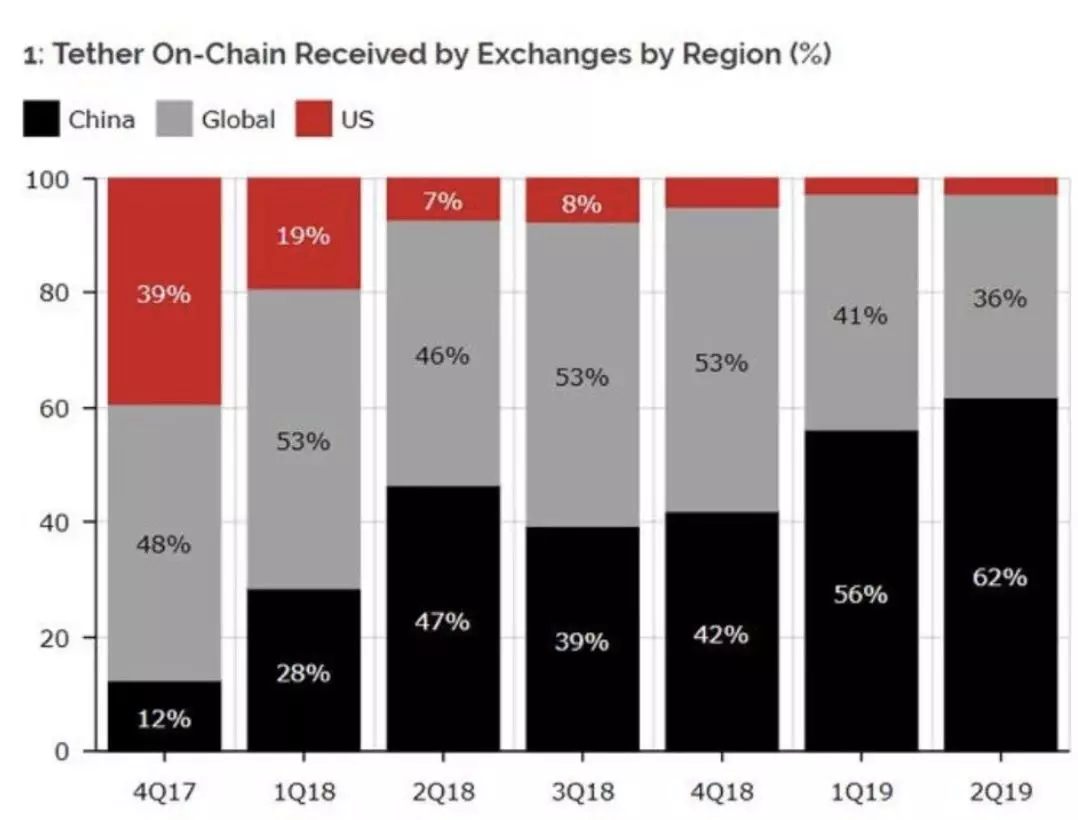 Finally, although the release of the USDT was made by Tether, or the credit of Bitfinex as an endorsement, the real source of USDT's circulation and value recognition is “consensus” . Investors who use USDT believe that these USDTs placed on major trading platforms can be exchanged for bitcoin transactions through currency transactions, and can be converted into legal currency through OTC transactions, and are not intended to be exchanged for Tether with US dollars. .

In fact, 100% acceptance of this, Tether has given up on promises a long time ago. However, this does not prevent the USDT from being the most stable currency in circulation, which comes from consensus, not credit. Although the US dollar has no longer promised to link the US dollar to gold as early as 1973, everyone still believes that the US dollar can be safely held because of consensus and confidence.

Therefore, in fact, for Tether company, you don't have to worry too much. As long as there is no huge turmoil, the company will be able to survive and die. Under normal circumstances, USDT can still be trusted.

But to put it this way, everyone is very worried about USDT.

In fact, the hidden danger of the USDT thunderstorm has always existed , and it seems to be the "Sword of Damocles" hanging over the entire industry. This stable currency can often be unstable: 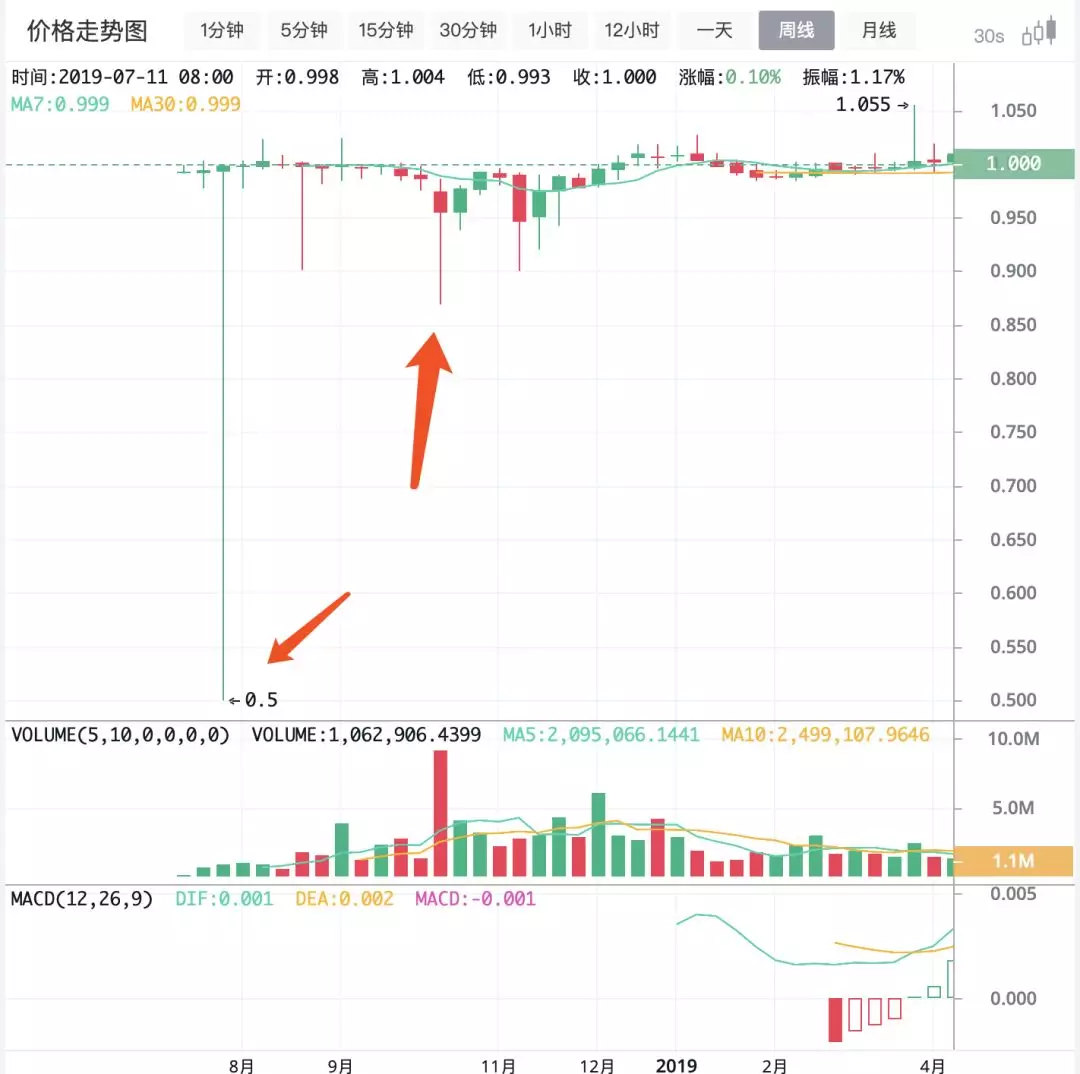 The above picture is the USDT/USD trading pair. We can see that in the past year, several times the USDT has fallen by more than ten points. Generally speaking, the five points up and down are normal fluctuations (in fact, it is already very large), and the fluctuation of more than ten points can be said to have caused a huge panic in the market.

In the vernacular before the tweet " USDT this thunder once again caused market turmoil, in the end it is not explosive? In the Future of Geometry , we have introduced that since the birth, USDT has been suspected by investors: accounts are not regulated; random issuance; always obscured during the audit process, some core information is not willing to disclose; and trading platform Bitfinex relationships are intricate…

Among them, we also enumerate a large number of examples:

On February 8, 2017, an author nicknamed "Bitfinex'ed" published an article on Medium called "Bitfinex Don't Want to Hear." The multiple recordings included in this article show that the Tether team and the Bitfinex team are discussing bank fraud, money laundering, and even acknowledging financial fraud.

An executive at Tether, Phil Potter, even admitted in a leaked recording that the company had set up a company account in Taiwan to transfer money and do something that needed to be "obscured." At the time, Phil Potter was not only the head of Tether but also the chief strategist of Bitfinex.

In April 2017, due to financial fraud, Tether's three bank accounts in Taiwan were banned.

On January 24, 2018, an anonymous report stated that as of January 4, 2018, Tether had issued a total of 91 additional USDTs. The report also raises questions about whether Tether transfers USDT to Bitfinex's wallet without receiving US dollars, and uses USDT to buy low-priced bitcoins for profit or trade.

On October 1, 2018, Bloomberg reported that USDT's custodian bank, Noble Bank, was insolvent and had lost many customers, including Tether and Bitfinex, and is currently looking for buyers to sell it. assets.

On October 15th, Bloomberg again issued a statement saying that if the government authorities are looking for any evidence of Tether's wrongdoing, or if users lose confidence in Tether's ability to redeem their cryptocurrency for $1, the USDT will soon be lost. value.

Although the USDT does have a first-mover advantage and a market size, the USDT has a huge congenital deficiency compared to Libra, Morgan Coin and other stable coins with a halo. Just as Tonganan is already the head trading platform, its valuation is still not as good as Coinbase (nearly 10 billion US dollars) and Bakkt after maturity (not yet on-line valuation is nearly 1 billion US dollars), compliance is going to be bigger The most important road of scale.

From this hearing, it is difficult for Tether to do this.

We can't leave the stable currency for a number of reasons. For example, some countries and regions cannot buy bitcoin directly through legal currency. They need to stabilize the currency as a bridge for transition, or when people are not optimistic about short-term prices, they hope to avoid the stable currency. Risk, avoiding the possible plunge.

The existence of a stable currency is important and critical to the world of cryptocurrencies, and this is undeniable.

But many times, there is always a lot of problems in a single big family.

Tether's news as a rare company can affect the rise and fall of Bitcoin, and even some "big but not down", which is obviously not good news for the decentralized world. Therefore, on the one hand, I hope that Tether can do it well, and there will be no such "violent" incidents to influence the market; on the other hand, I hope that other stable coins will work harder to make the market share healthier. If the market allocation of stable currency is healthy enough, then a certain stable currency violent thunder will only benefit other stable coins, and will not affect the bitcoin market.

To sum up, many people think that the next Tether will face a "life and death" hearing is a big bad, in fact, some exaggeration.

In the short term, if the USDT is “thunder”, then the funds will be safely hedged to mainstream currencies, especially bitcoin, bringing a new round of gains. In the long run, the USDT's one-size-fits-all situation should also change. Just like the US dollar, we can still use other different legal coins. The world can't run without the dollar, let alone the USDT?

Issue 278: Recently, when you first heard that USDT is “will disappear”, what is your idea? Feel free to share your opinion in the message area.

Founder of Bitcoin Consulting: Bitcoin is a global phenomenon with millions of participants