With the increase in bitcoin prices this year and the deepening of people's understanding of blockchain, the demand for talent in the global blockchain industry is on the rise. The United States has always stood at the forefront of new technology and is the home base of most high-tech companies. Although Canada welcomes new technologies, its resources and development momentum of Internet technology are not as good as those of the United States. By analyzing the recruitment information of the large-scale recruitment website in North America, this paper combs the North American blockchain employment market and analyzes the demand for blockchain talents. It is expected to outline the current status of the blockchain industry in the US and Canada.

Highly educated software engineers are the most popular, with strong demand for mid-level positions

For the hiring staff, full-time positions mean a safer and more stable working environment. From an employer's perspective, more full-time positions, while providing a stable talent structure, also result in higher welfare expenditures. 96% of full-time positions reflect the current situation in which the blockchain industry is in the early stages of development, and the talent gap is large and needs to be filled .

In addition to customer service personnel, almost all technical positions require candidates to have a bachelor degree or above. Education is not only a threshold for qualified technicians, but also a rigid requirement for middle-level and executives. The Indeed US site search shows that the demand for the Midlevel and Senior level is 4.5 times the Entry Level.

As the blockchain field continues to expand, many start-up companies need to be able to open up market managers . Therefore, senior technicians must not only work as a platform developer, but also form a team and manage the overall planning. This kind of compound talent will be higher than single talent in both position and average salary. The high threshold of new technology, the lack of talents, and the continuous extension of industry boundaries have led to the overall higher education and high positions of the blockchain practitioners.

By searching for the keywords “blockchain, development, engineers, and applications”, PANews found that the demand for technical jobs in the industry topped the list. Among the 2,602 blockchain jobs in the US , 1,896 were technology-related, accounting for 72.8% . Specific positions include blockchain development, software engineers, DApp development, smart contract development, front-end/back-end engineers, and more. Among them, the recruitment requirements for senior technical positions show that not only the qualified technical level is required, but also the candidates are required to coordinate the management inside and outside the team.

Market and product-related job demand is second only to technical positions , such as marketing, product management, and customer service. These positions require candidates to have an understanding of the blockchain industry and be able to actively learn new things. A few startups are still recruiting CEOs and senior assistants. Per capita income in Canada has been lower than in the United States, but the annual salary in blockchain job advertisements has also generally exceeded $70,000. High-paying jobs with incomes above $110,000 account for 16% of the total demand for blockchain jobs, similar to the US. Also in the Indeed search software engineer position, its annual salary is more than 60,000 Canadian dollars, significantly lower than the blockchain field.

The United States and Canada show large differences in the types of employers. In the United States, consulting firms and Internet companies provide more than 30% of jobs. The biggest demand comes from two traditional consulting giants – Deloitte and Accenture . Both have a large number of consulting businesses, and keep up with the technology trend. In recent years, it has invested heavily in blockchain, big data and cloud computing. Among them, Deloitte launched the blockchain as early as 2015 and launched the “blockchain-as-a-service solution” Rubix platform.

IBM, Amazon, and Collins Aerospace also provided about 14% of the positions . Encrypting the world's native companies, such as Coinbase, Ruibo, Block.one (EOS Technology) , the number of recruits only accounted for about 5% of all recruitment. Compared with the aforementioned giants, more blockchain startups are undoubtedly an important part of the blockchain human resources market.

Another major source of employers is financial and banking companies. Such recruitment needs are more common in large banks, asset management institutions, accounting firms and trading platforms ; applicants must have financial knowledge and relevant qualifications. There are two major priorities in the specific job direction – consulting and trading.

Big banks such as JPMorgan, accounting firms such as PricewaterhouseCoopers, Deloitte, and Ernst & Young are recruiting jobs related to blockchain consulting. The asset management agencies and trading platforms need traders to track the market trend and sell products through investment consultants.

There is also a class of jobs, although the number is very small, the work content is also very special, the main responsibility is to find a reasonable policy for the mine, where the electricity price is appropriate , layout mining map. This job is similar to the " offline store selection specialist " of traditional enterprises.

In contrast, the Canadian job market appears to be relatively deserted. Major employers such as AxiomZen and CryptoKitties are relatively small and short-established blockchain platforms. There are few recruitment requests from technology giants. Although IBM, Deloitte, and Ernst & Young also have recruitments, they are all sporadic recruitments, which is not the same as the number of jobs in the United States.

On the one hand, the volume of the Canadian job market has been smaller than that of the United States for a long time. On the other hand, the development of the blockchain industry has a clear aggregation effect and is unevenly distributed in the geographical area. But whether it is the United States or Canada, the application of blockchain is still in the stage of serving a few people, and has not yet sunk to the public industry.

In summary, in North America, the blockchain mainly serves technology innovation, Internet, business consulting, financial investment, blockchain platform/software development, and cryptocurrency. Most practitioners have a background in software engineering or financial management, with higher academic qualifications and higher salaries than their peers. In the United States, large Internet companies, chip companies, and consulting companies are actively following technological innovations, and they have a significant share of contributions to blockchain jobs. Encrypting the world's native blockchain companies has always been the backbone of the job.

Comparing China's blockchain talent market, small and medium-sized enterprises are the main providers of blockchain jobs last year, which is very different from the US. Large Chinese companies are cautious in blockchain, and SMEs are more flexible.

But China's blockchain employment is similar to North America in terms of job requirements. According to the “2019 Blockchain Talent Supply and Demand Research Report” released by Hunting Network, development, product and operation positions account for about 60% of the positions provided by the five major cities (Northern Guangzhou-Shenzhen-Hangzhou). The main recruitment direction is Internet/software, finance, electronics/hardware, etc. More than 90% of the employees in the blockchain have a bachelor's degree. 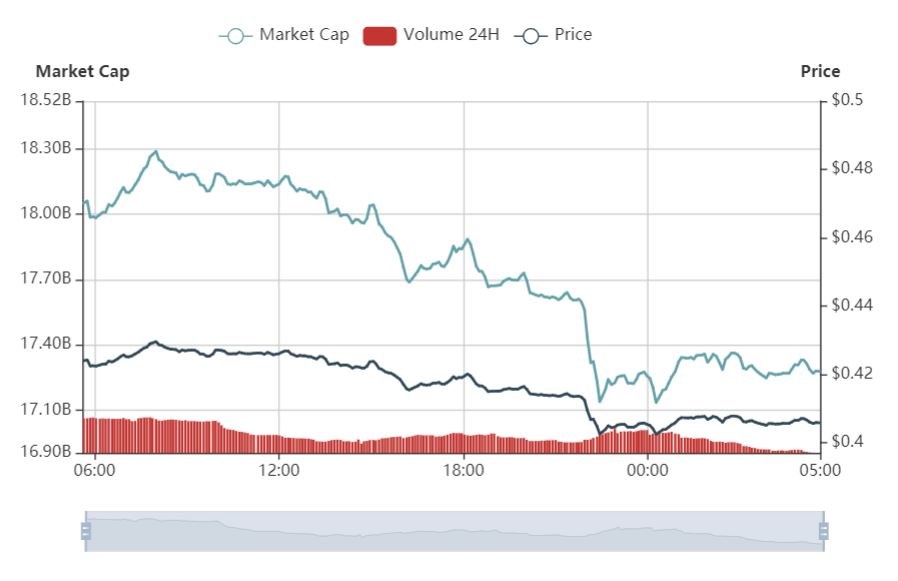 The analysis showed that the BSV successfully carried out the planned stress test, and BitMEX Research monitored the abnormality as a stress test.