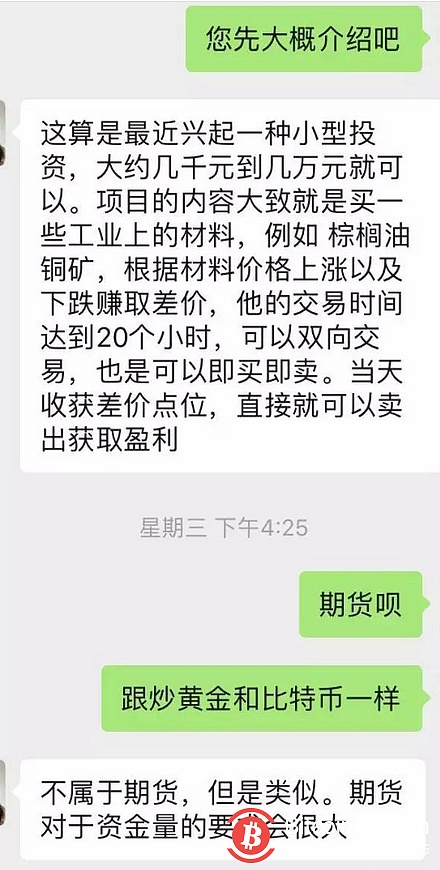 In this group, they have a live room, there are several time periods every day, and different teachers broadcast live.

At the beginning, I was bored and listened casually. The live teacher listened to the sounds of about forty or fifty years old. The speech was very humorous. From time to time, I said some paragraphs that I have not heard. It feels quite interesting, so I listened to it. .

Slowly, they heard that they mentioned a wolf plan, which means that they have a plan to cooperate with private placement every month. The students who meet the requirements can participate together. 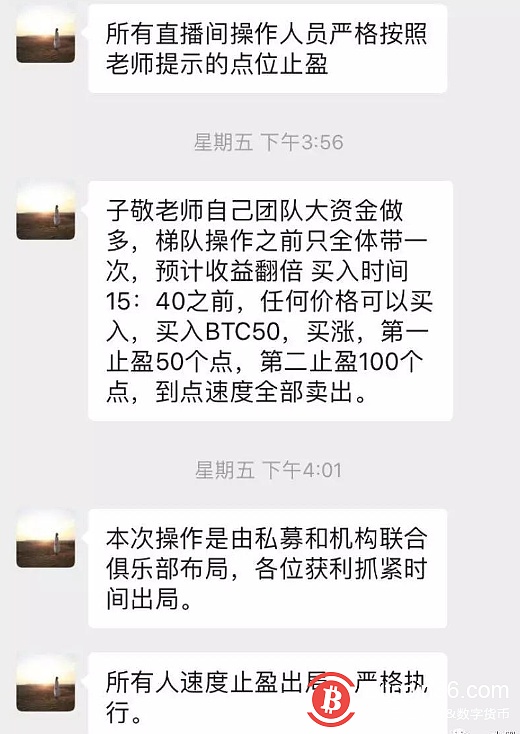 I was in the group in May, so I did not meet the requirements for their inclusion in the Wolf Plan.

Later, I heard people in the live room share how many points they earned each day, and they can immediately achieve the expected return. From the stock code and the chart, it is very consistent with what they said they have stretch and daily limit, and then they are dubious. . 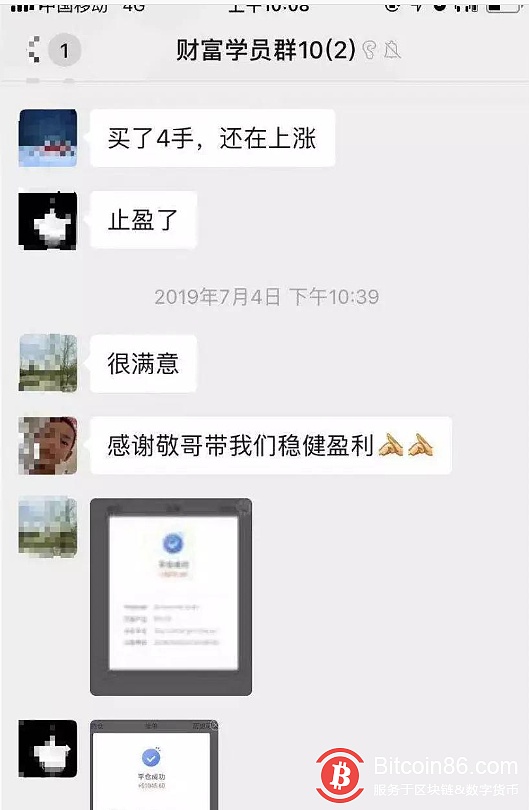 (In fact, the screenshots of the profit are all supported)
Then the group said that the wolf 6 started to start immediately. The students had to take the points on time and only got the points to be selected for the wolf 6. So I usually listen to their live broadcasts when I go to work.

On one weekend, they had a celebration party, and they won a lottery in the live broadcast. The first prize was 88,000, the second prize was 8888, and the third prize was 888. At that time, I just missed it when I had something, and I didn’t know whether the so-called winning was true or not. Anyway, some people in the group said that he was in the middle, and they also sent a big red envelope to everyone in the group.

During that time, I basically developed the habit of listening to their live broadcasts.

Then I added the GME financial customer service. He pushed me a QR code to let me download the app. After downloading, the app still needs to add trust. It is not searchable in the AppStore.

At this point, I still have a guard mentality. I have been watching the live broadcast teacher bring other students to operate, but slowly, some students began to share their profit screenshots in the group.

Look at these profit screenshots, to be honest, not heart-warming is fake.

Because a thousand dollars is the least amount, so I took a try and first charged a thousand dollars. I watched the APP's chart and the fire currency network the same. I told myself that this should not be theirs. Controlled by yourself. 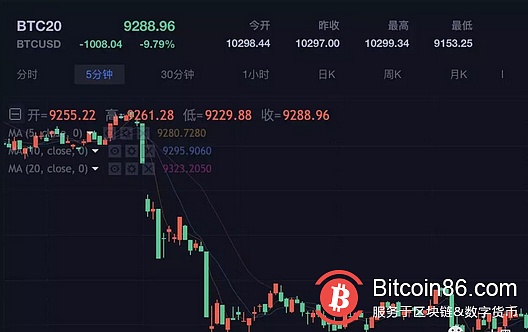 I followed the two hands that night, and the result turned out to be doubled directly. By the next day, I quickly tried to withdraw the card to the bank card. After confirming, I continued to follow suit.

But in the end, I broke the position. I was embarrassed. I didn’t know what the reason was. Afterwards, the communication teacher told me that it was because the funds were not enough, which was equivalent to a half-ware operation. It was easy to explode, and then I charged another $10,000. Going in, as directed by the teacher in the live broadcast, slowly began to make a small profit.

There are three or four teachers in the live room. One teacher is very stable every time, but the other operation will be very shocked. I ran down and completely broke down according to their operation for the second time, then the third time. The fourth time, I will not play later. 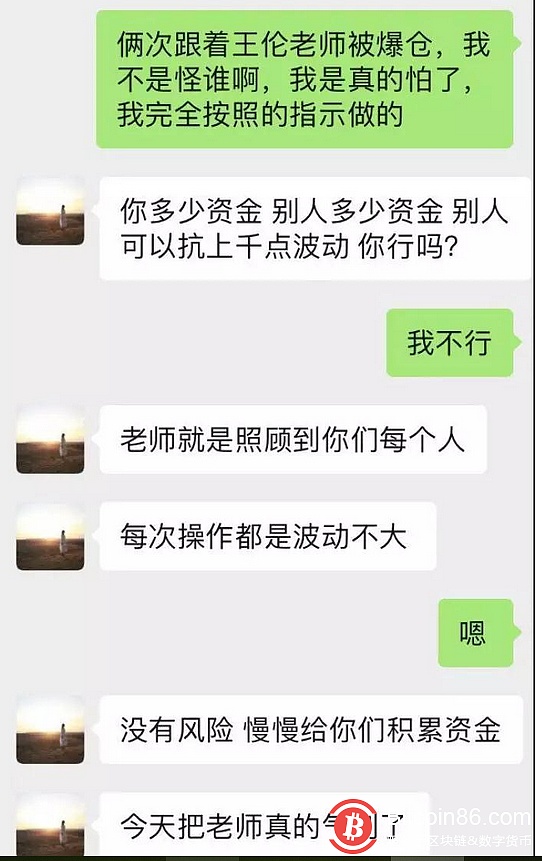 I have never thought about the problem on their side. I just think that I have too little money to control it with a smaller position. I can’t afford the big fluctuations. I will not continue to follow the operation, but I will continue. Listen to their live broadcasts.

Those teachers advertised that they are a wealthy fund called the people. They usually make money with the participants' stocks, and then let the earning students buy their funds to support them. This sounds reasonable to drive you money, and the live broadcast operation. When stocks or BTCs, the amount of money in the teacher's account is really large, not like to hang our money.

But it wasn't until a few days ago that I was kicked out of the group that I found out that I was cheated.

Later, after I talked with many people, I found that more and more people experienced the same experience. Many people were tempted like me. Many young people earned money after two or three years of work.

In fact, there are not many people who encounter such scams.

Most people will be pulled into a stock group by strangers at first, and the teachers in the group will analyze the stocks in the market, and they will also open live lectures from time to time.

These scammers actually have a team, they play different roles in groups, and sometimes even several characters are played by the same person.

In the post bar, I saw another victim, Mr. Wang’s experience. At first, because the stocks earned a small amount of money in the past few years, I was interested in investment products. I was also inexplicably pulled into this group and started listening to others in the live broadcast. .

Once in the live broadcast, the teachers in the group said that the stock market is not good now, and the index is better. The T+0 model can buy both up and down. At the beginning, he is more suspicious, but watching other students keep on In the screenshot of his own profit, Mr. Wang did not resist the temptation, and opened the door with a mentality of trying.

(all are supported)
Later, because he listened to the so-called instructor, he successively invested more than 200,000 yuan. During this period, he had a profit and a profit, but each time he made a small profit, until the last more than 200,000 were all lost.

In the entire GME financial platform scam, three teachers are Lu Zijing, Li Hong, and Wang Lun. The three men talked about the blockchain every day, and then many students in the group made profit screenshots.

In fact, the students who made the so-called profit screenshots are their own support, the purpose is to attract real players to enter.

First of all, when they enter the gold, they use private accounts. The first time the students operate, they will all be profitable. This is called the hook, and it is also to build trust, so that you can fully believe that you can make money by following the actions of the teachers.

Then every time you make a single order, you will find that the software will be stuck, or even unable to operate. There is no way to close the position according to the teacher's instructions. At this time, it will start to lose money and even force out the position.

When you ask why the teachers in the group have such a situation, they generally insist that they have no problem, that your own funds are not enough, and you can't stop the fluctuations of thousands.

When I visited GME Financial's official website platform, I found that they started the system upgrade on July 4, claiming to encounter DDOS attacks. In fact, this time is to prepare for their own running.

Sure enough, on July 9, the platform announced that it would stop operating.

Many people find themselves seeking legal aid online after they have been deceived.

In fact, the GME financial platform is a completely black platform and a scam.

Through inquiry, I found that even the most basic qualifications are inquired. He claimed that he is a professional bitcoin investment platform, and the packaging is very different. In fact, it is completely selling dog meat.

In addition, the accounts of the GME platform deposits are all private accounts. This can be seen by people with obvious eyes. I don’t know how many innocent people there will be. (There is a regulation in this country. Deposits on any trading platform such as index and foreign exchange must be deposited with the bank.)

The GME platform is actually a virtual disk. It is entirely based on the wind of the bitcoin market. It is a fictional bitcoin index that defrauds investors. They can change the transaction data at will in the background, resulting in the illusion of normal deposit, but in fact the investors' money is directly into the private account.

When the player finds something wrong, he goes to the platform and finds that his account has already been disabled, and the funds inside are not likely to be released.

In fact, this type of stock scam has become very common, but it will still be a steady stream of people, any platform is a wave of running, and after a period of time to change a vest and continue to circle money.

Basically, the gameplay is basically the same. By setting the probability of winning or losing, limiting the withdrawal, and other means, it illegally raises funds and possesses the property of others.

The IQ of Chinese people is really touching, especially those who follow other people to learn stocks.

You can think clearly with your toes, why a profitable project, there will be strangers crying and shouting mothers have to bring you.

If these high-return investments are true, why don't they make a fortune on their own, and they have to do a live broadcast for free to teach you that people can't eat too much and nothing to do.

The teacher you believe in, in fact, is behind some office workers who hold three or four thousand monthly salary.

If you want this group of people to teach you to make money, I don’t think you will lose hundreds of thousands. It should be awake. (a black)

Messari founder: Dai will be the first choice for stablecoins in emerging markets such as Latin America