The market has improved, and the blockchain industry has also become active, with constant activities. In 2017, we saw that many Internet companies began to transform blockchain projects. Many large companies are also catching up with the blockchain concept. Many companies and individuals who seem to be unrelated to the blockchain have jumped into the industry. 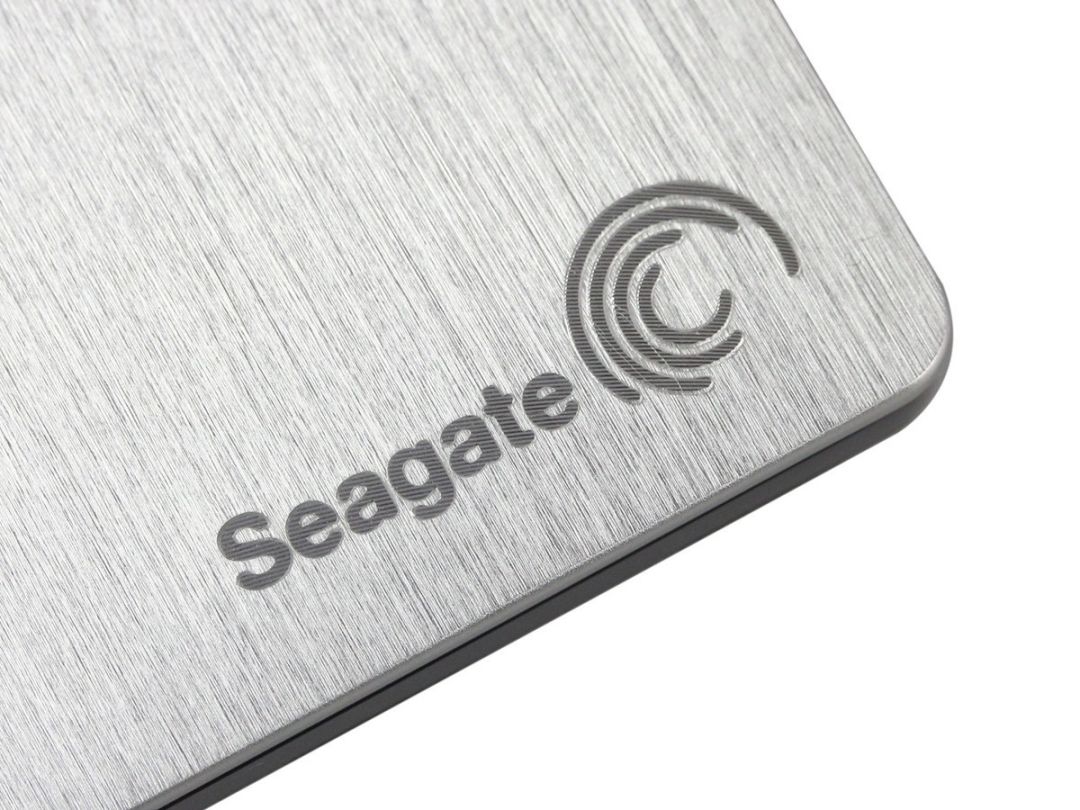 BlockBeats found last weekend that Seagate also participated in a blockchain meeting. Seagate is the world's largest hard drive manufacturing company. At least 40% of the hard drives installed in the computer are made by Seagate, but what does it have to do with the blockchain? 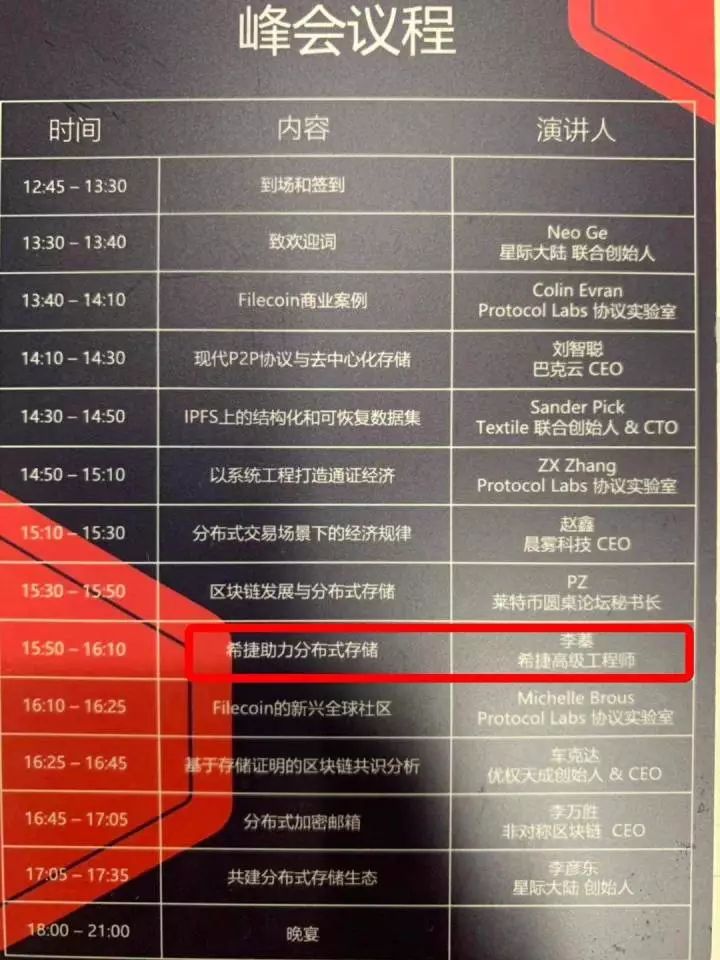 In the past, the blockchain industry conferences invited suppliers such as TSMC, AMD, and Nvidia, which are related to mining machines. Because the PoW blockchains represented by Bitcoin and Ethereum require mining machines to mine, they As chip makers and miners, the prices of Bitcoin and Ethereum are also related to the prices of these miner stocks.

And Seagate, a hard disk-based company, has begun to participate in the blockchain conference, which is likely to mean that the PoC concept is about to enter the mainstream.

It is the essence of the capacity consensus Proof of Capacity to allow users to “mining” and earn revenue through the idle space of the hard disk in their own computer.

In the working principle of the PoW consensus, users need to count a math problem in mining. With hundreds of millions of attempts, it is possible to calculate the result and get the reward provided by the blockchain system. In the PoW blockchain, the power is a consensus, and whoever has strong computing power wins. During the period when bitcoin prices were high, the stock prices and bitcoin prices of NVIDIA, AMD and other video card mining companies rose simultaneously. 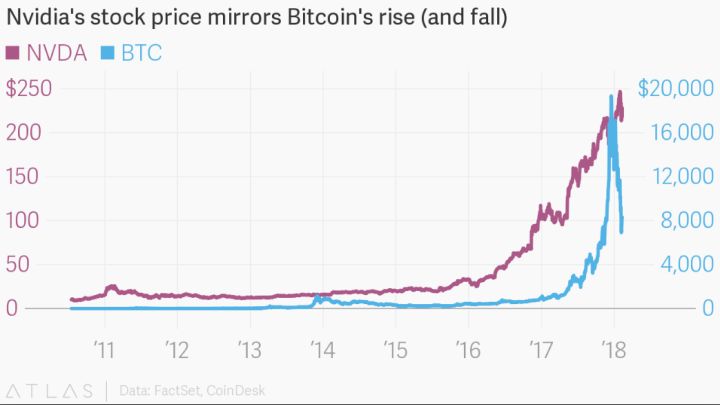 The concept of PoC still requires the user to do the calculation, but it does not need to look at the computing power, but to look at the storage capacity. The block rhythm BlockBeats takes the following questions as an example:

The calculation process of these two questions is to calculate the multiplication first and then add the operation, a total of three steps. But how to store the result of 5x6x7=210 in the computer, the above two questions only need one step addition to get the result, the speed will be much faster.

This is what PoC wants to achieve. The more algorithms stored in the hard disk, the more likely it is to calculate the results faster and convert the demand for computing power into storage capacity. In actual PoC mining, the mathematical calculation process will be replaced by a file or data storage process. If you have a file stored on your hard disk and others need to extract it or someone else wants to store some file data on your hard disk, your The hard work done by the hard disk in this process is mining.

Obviously, compared with PoW, PoC will have a higher degree of decentralization. The former needs to compete in computing power, while the latter has to compete in storage space.

PoW has developed to the present, there is no longer a chance to mine. Users not only need to buy mining machines, but also have access to the mining pool before they have the opportunity to dig. Miners are not likely to be out of the box alone with a home computer or a few mining machines.

Grin, who once wanted to prove once again that PoW can mine fairly, also failed. According to the original design of Grin, ordinary users could have used the computer to mine, without the need for a mining machine. However, on the day of the main online line of Grin, the difficulty of computing power has risen linearly. Several hundred miners have been invested in thousands of video card mining machines. Fair mining is still not realized. The computing power of 1070Ti on ordinary users' computers is fundamental. Can not be a separate block, had to join the mining pool.

PoC mining, which is not based on computing power, can be fully supported by ordinary home computers.

However, with the improvement of network facilities, the rise of streaming media such as Netflix, HBO, and iQiyi, the demand for BT downloads is getting smaller and smaller, users no longer need to spend time to download, and videos can be viewed directly online.

Coupled with the emergence of cloud storage, the demand for hard drives is getting smaller and smaller, and the spare hard drives have become inventories. When the Block Rhythm BlockBeats internal investigation, the team each had an average of 2T of hard disk space.

These idle hard disk spaces are potential computing power in the PoC network. If you use the current Bitcoin HD as an example, the 2T hard drive can dig up to 0.009 BHD per day, about $0.26.

PoC allows everyone to dig mines with their own idle hard drives when PoW uses computers to completely dig out bitcoin.

In the first two weeks of July, #比特币暴涨# and #比特币暴倒# once again became a popular topic. In the United States, for example, in just a few days, the Federal Reserve, the US President, members of Congress, and finance ministers have expressed their views on Bitcoin and cryptocurrencies, especially Trump’s remarks, and Twitter’s tweets about Bitcoin. It has skyrocketed by 100,000. In China, Bitcoin has been on the microblogging search for 7 consecutive months.

More and more users are beginning to pay attention to Bitcoin, which may have two consequences: one is the rise in bitcoin prices, and the other is the increase in global electricity consumption.

With the increase in the price of bitcoin, the major mining machines have started up. From the data of the mining machine price provided by F2Pool, the current miner mining has more than 2 times the income, the lowest cost Shenma mining machine, mining income More than 3 times. In the time when the mining has a rich return, more miners will enter the market and more mines will be turned on, which will lead to further increase in power consumption.

In a PoW network where power is king, all costs are ultimately converted to electricity, but PoC relies primarily on storage capacity and does not require redundant resource consumption.

Because PoC requires hard disk storage capacity, and the hard disk does not consume power, PoC is only the power consumption of a normal computer in terms of power demand.

Take the current popular PoC mining common hard drive Seagate 4T hard disk as an example, its power consumption is only 5-6W. The PoC concept of using hard disk space for mining is indeed more power efficient than an ASIC miner with hundreds of W or thousands of W.

From 2014, BurstCoin proposed the concept of capacity certification and developed it to the present. PoC projects can be basically divided into two categories: one is distributed storage; the other is to replace the existing PoW with PoC energy saving and high decentralization. Consensus mechanism. 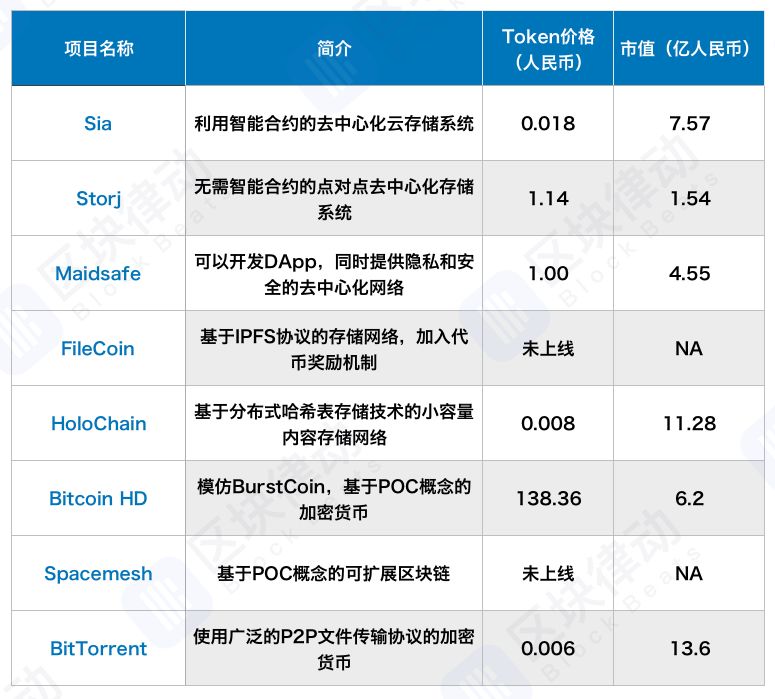 Some of these projects, such as FileCoin and Holo, are not online yet and cannot be used. Other technologies for distributed storage are already in use.

For a well-regulated adult content project, if you use a centralized server, once it is supervised, everything will not open. With IPFS, content is distributed across multiple nodes, not only dispersing server pressure, but also preventing content from being lost at once.

On July 9th, BitTorrent also launched a new product, BitTorrent Speed. After users download files using BitTorrent, they can make a seed upload to the Internet. If the seed contributes traffic to other people, the user can get the BTT token reward. .

At present, the relationship between BitTorrent and BTT is very similar to that of IPFS and FileCoin. There was no reward for uploading and downloading using the BitTorrent protocol alone, and the emergence of BTT made up for this vacancy and motivated more users to contribute to the network.

So can PoC make money easily?

From the above description, it seems that PoC is easier to make money than PoW, as long as you can turn on your computer. But in fact, can you really make money by hard drive mining? After five years of development, the PoC industry has now seen a variety of routines.

First of all, IPFS is a protocol, not a chain. It is impossible to dig out a token called "IPFS". Only IPFS-based FileCoin can be mined, so the name of the FileCoin mining machine can be understood. There are several key factors in Filecoin mining: First, there must be users, users can upload, this mine can be dug; then, you have to consider the bandwidth, hard disk size, user distance, etc., in order to be able to mine successfully.

How big is the hard disk, how much bandwidth, what kind of CPU can mine? These even the Filecoin founding team did not know their own. Because Filecoin doesn't even have a main network, and Filecoin's official website says "We haven't released the exact hardware specifications for Filecoin mining yet," it's impossible to mine.

The IPFS mining machine on the market is actually just a host with a large amount of hard disk storage. It is not plugged in like the Bitcoin mining machine. Many users are deceived because of the illusory concept.

Take the recent hot Bitcoin HD, although the idle hard drive can directly mine, but the price fluctuations are fierce, and some people in the community have begun to dissatisfaction. There is a saying that this is a project to copy the BurstCoin code to swindle money. The project side controls the price of the coin to match the sales of the mining machine. In less than a month, BHD prices have fallen by more than 60%.

Finally, downloading and uploading is a depleting process for the hard disk, especially the long download and upload required for mining. According to the BTT, or the mine mining mode of the Thunder player, users need to download the uploaded files for a long time to dig the mine, and this hang-up task may accelerate the fatigue and aging of the hard disk. Once the hard disk is damaged, the contents inside can no longer be recovered.

As the PoC consensus begins to heat up, there will be more and more routines, and it will be hard to prevent. Just like PoW, with TSMC, Bitcoin, etc., and chip mining companies, PoCs that rely on hard disk capabilities are likely to bring hard drive manufacturers such as Seagate and Western Digital.

So, if you think PoC can fire, is it better to buy some shares of Seagate and Western Digital?

Jiang Zhuoer: The current BCH has been largely decentralized and not suitable for corporate currency. 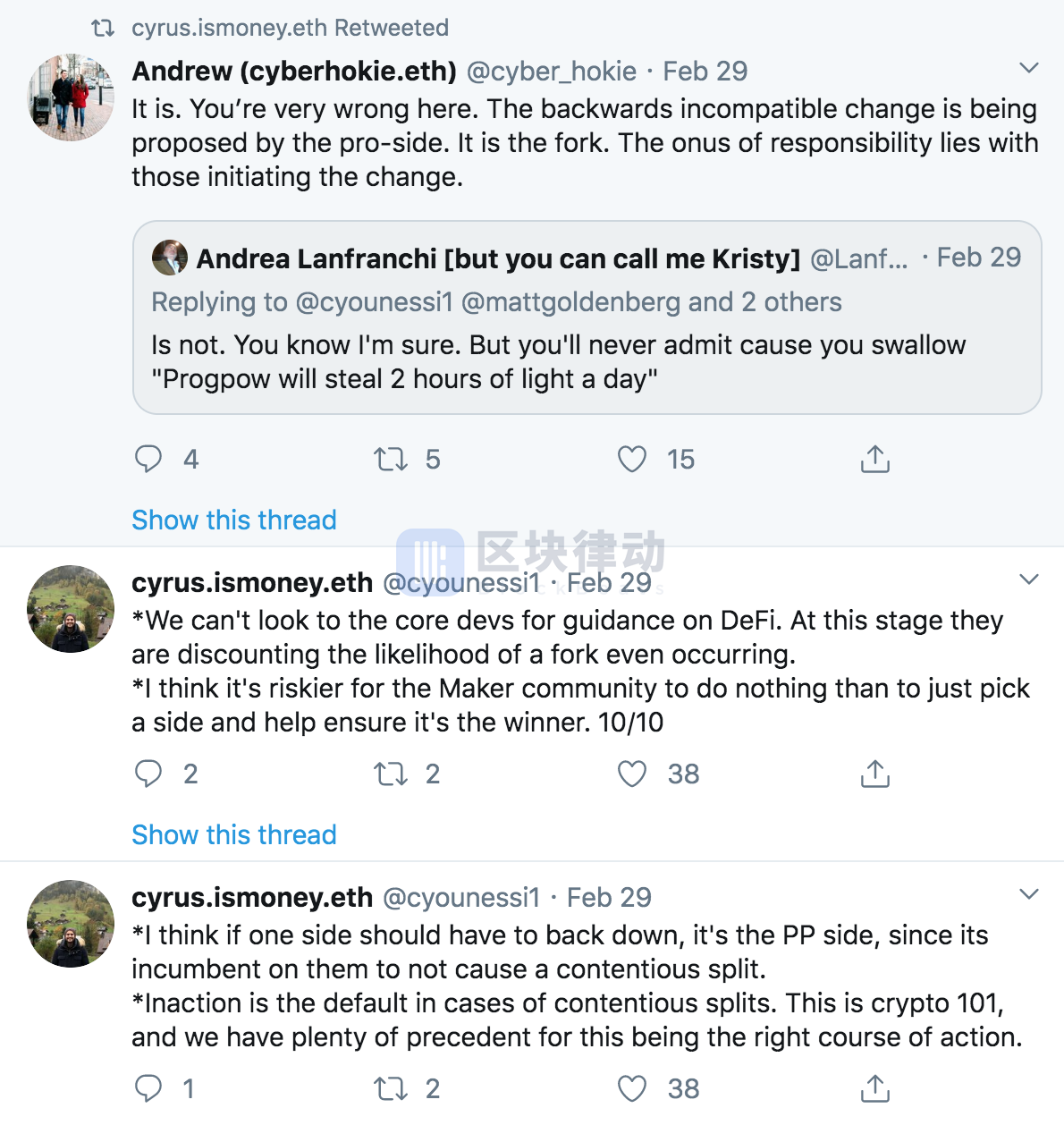