How hard is bitcoin mining? A foreign geek made a bold experiment with the NASA antiques that had sent the spaceship to heaven.

Ken Shirriff is a hardware hacker who loves to fix antique-grade computers. Ken has fixed the world's first personal computer, Xerox Alto, which has had a huge impact on Steve Jobs and Apple's Macintosh computers . Recently, NASA's spacecraft guidance computer used in the Apollo era was reborn in Ken's hands, but this time Ken did not use it for lunar exploration to restore its glory in the past, but to do a novel experiment, using this 50-year-old antiques to dig bitcoins .

The Apollo Guided Computer (AGC) was developed by the National Aeronautics and Space Administration (NASA) in the 1960s to control navigation and guidance systems on the Apollo spacecraft.

The Apollo guidance computer was one of the first computers to use integrated circuits. Thanks to the support of the Apollo program in the United States at the time, the Apollo guidance computer represented the most advanced level of technology at that time. In terms of size, it has already It was no longer the early "big Mac" that occupied several rooms, and it was small enough to fit into a box that was only a few feet (1 foot = 0.30048 meters) . To the best of our knowledge, there is no central processing unit inside the Apollo-guided computer. It uses about 5,600 gates to perform calculations, and can perform about 40,000 simple additions per second. According to today's standards, this computing power has been abused into slag, even the smart phones in your hands , but at the time, it steadily guided the Apollo spacecraft in real-time guidance in the harsh environment of space launch, in Abo Luo plans to contribute.

Doing what you like and making money from it is the lifelong pursuit of many people, so after rebuilding and restoring this Apollo-guided computer (a genuine product), Ken reprogrammed it to dig bitcoin. Although in the original design of NASA, the Apollo guidance computer was only used to collect and process data for hundreds of sensors and rocket thrusters.

But this is hard to be Ken as a hardware hacker. Under Ken's skill, the old antiques that should have retired have once again moved to work: digging bitcoin. 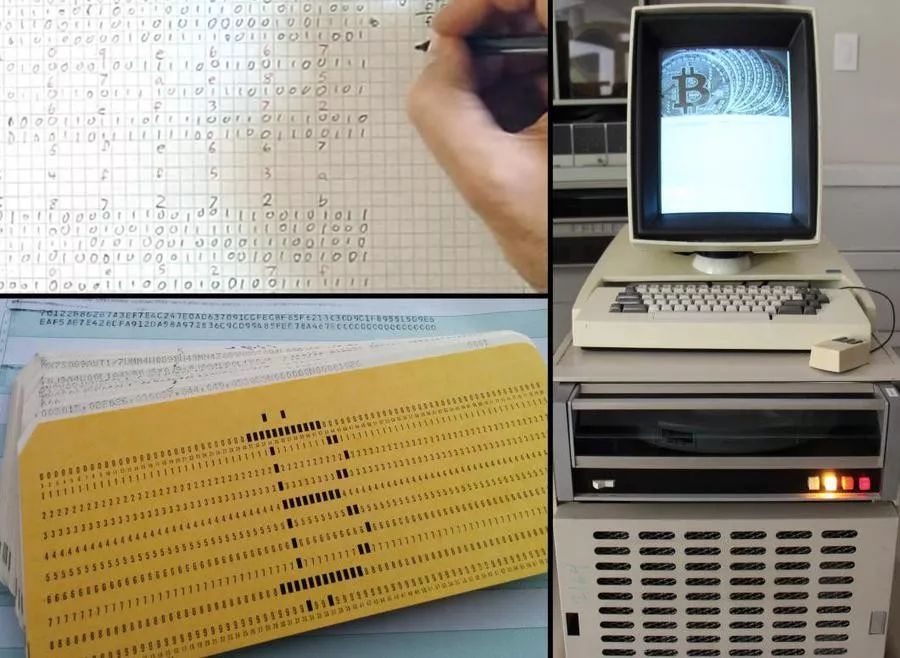 Unlike a centralized organization, a master server architecture, the Bitcoin blockchain uses a virtual book called a block to store bitcoin, a virtual currency transaction and ownership information on thousands of computers around the world. .

This consumes a lot of computer power, but it is also a compromise that has to be made to ensure that the mining process is not controlled by a single organization or a single computer.

The mining process generates trillions of random number sequences until it finds the correct sequence of numbers that gives the hash a small threshold (that is, the block is dug). This process is as erratic as buying a lottery ticket, but as long as such a special sequence of numbers can be found, the miner can get 12.5 bitcoin rewards . According to the current market, the prize value is more than $157,000 (about RMB 1.08 million). yuan). The more power you invest in calculating these random number sequences, the higher your chances of getting rewards.

That's why no one in the Bitcoin community used to mine this 50-year-old computer that should have been placed in a museum. For as little as $70 (less than RMB 500), you can buy a bitcoin miner with a USB plug that can calculate 130 billion hashes per second (this is just a small trick, professional miners tend to rent Under the entire data center or mine to dig cryptocurrency) .

In contrast, an Apollo-guided computer can calculate a hash every 10 seconds. According to Ken's calculation, according to the mining speed of the Apollo guidance computer, an average of 4*10 ^ 25 seconds can be used to dig a block . The scientists measured the age of the universe only 13.8 billion years, which is about 1 billion times the age of the universe, which means that it is really old.

Mines are not sure about this probability-based event. Maybe Ken is very fortunate. He just dig a block in just a few minutes, but statistically, the Apollo guidance computer needs to calculate 1000000000000000000 (18 0) years. In order to complete the work of dug out a block .

However, due to advances in technology, NASA has already upgraded the hardware of the Apollo-guided computer, so digging bitcoin may be the most realistic task of this 50-year-old antique.