Last night, the Bank of Korea and the Bank of Indonesia joined the interest rate cut camp. The gold broke through the box shock and hit a new high since the rebound. Last night, Libra tested the online line test, and the multiple messages were superimposed, which stimulated the rapid rise of BTC. Yesterday we also mentioned in the article. The second hearing in the United States did not seem to have to veto libra at once, so the launch was only a matter of time. I didn't expect the test network to go online so soon. Global monetary easing has gradually gradually approached. We have always believed that BTC will not have a deep decline. After all, there is a expectation of currency depreciation. The short-term bottom of the market has been basically proved. Personally, it is necessary to repeatedly oscillate to confirm the effectiveness of the bottom. V-type reversal may not be large.

Before we thought that BTC would do a range of shocks and jokes and then panic again, but now because of the news and the rise of gold, BTC long ahead of action, hit the integer mark of 10,000 dollars, but this does not seem to mean adjustment At the end, the space to look up seems to be limited. The pressure around 11,000 US dollars is extremely strong. It seems that it is difficult to pass it at one time in terms of current trading volume. There should still be repeated toss here, but the bottom of 9,000 dollars has been proved. The specific rebound rhythm still needs to be observed again. The safe way is to wait for the macd indicator above the zero axis, and the 5 antenna heads up the gold fork 10 antennas to participate in the rebound. 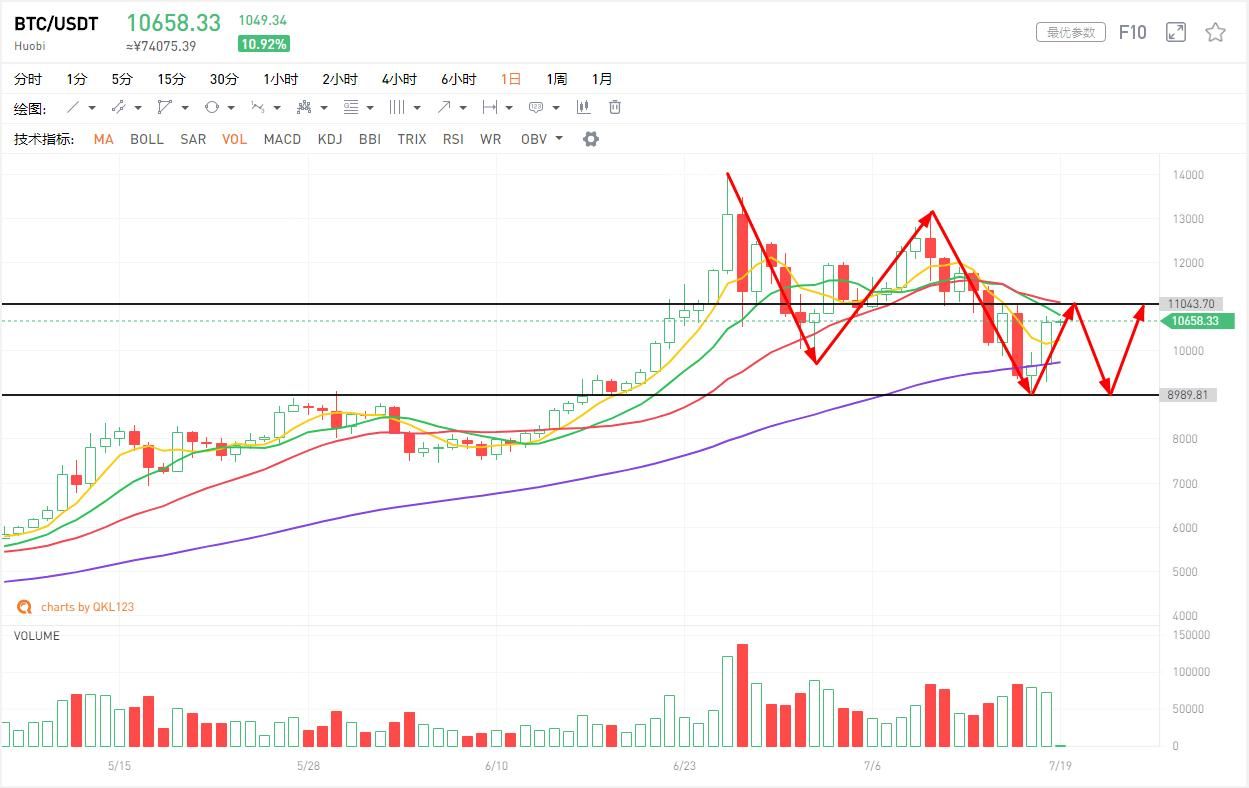 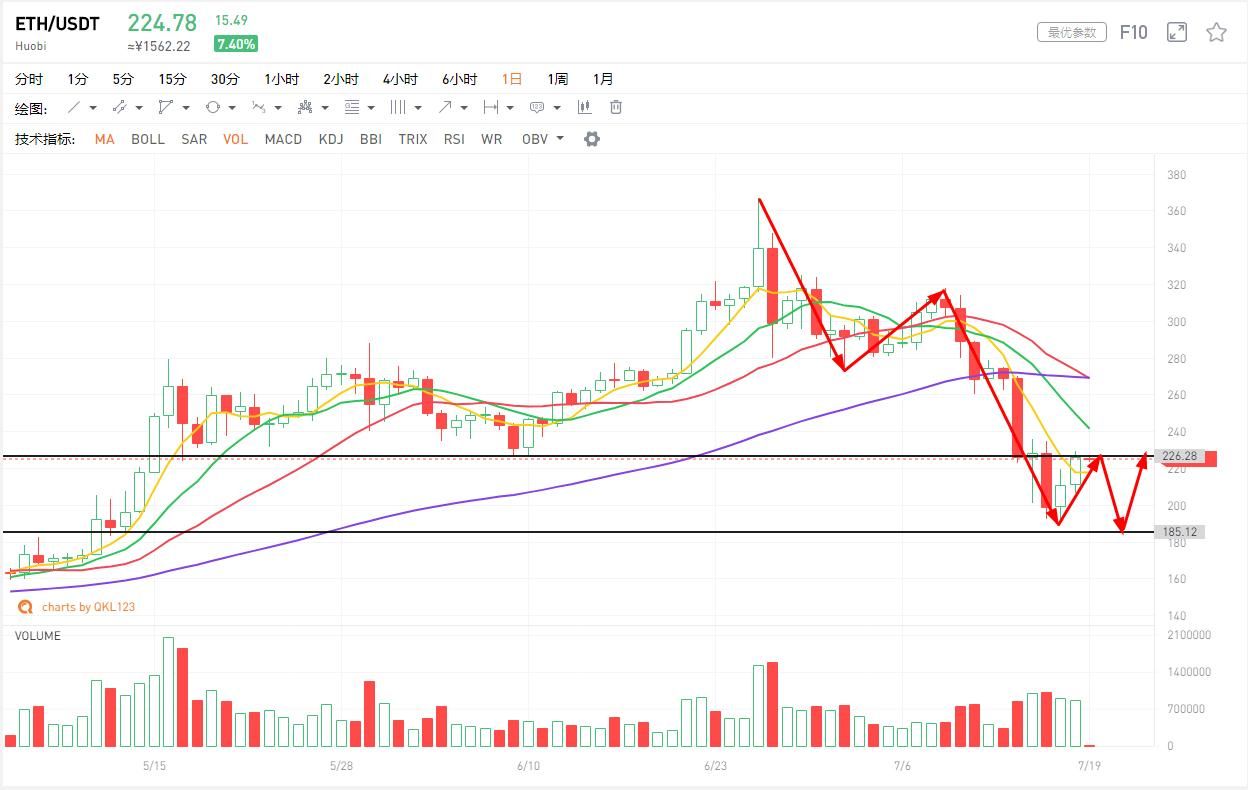 BCH follows the market rebound, the current 5 antenna heads up, the macd indicator is still in a weak area, the sustainability of the rebound has yet to be confirmed, but the short-term bottom has basically been proved, basically at the position near 240 US dollars, personally think that Then try to test the support of 240 US dollars. If you don't break the point, you may induce a small rebound. At this point, you can boldly participate in the rebound. The pressure above is around 336 USD. If it falls below 240 effectively, The dollar is bullish and ineffective. 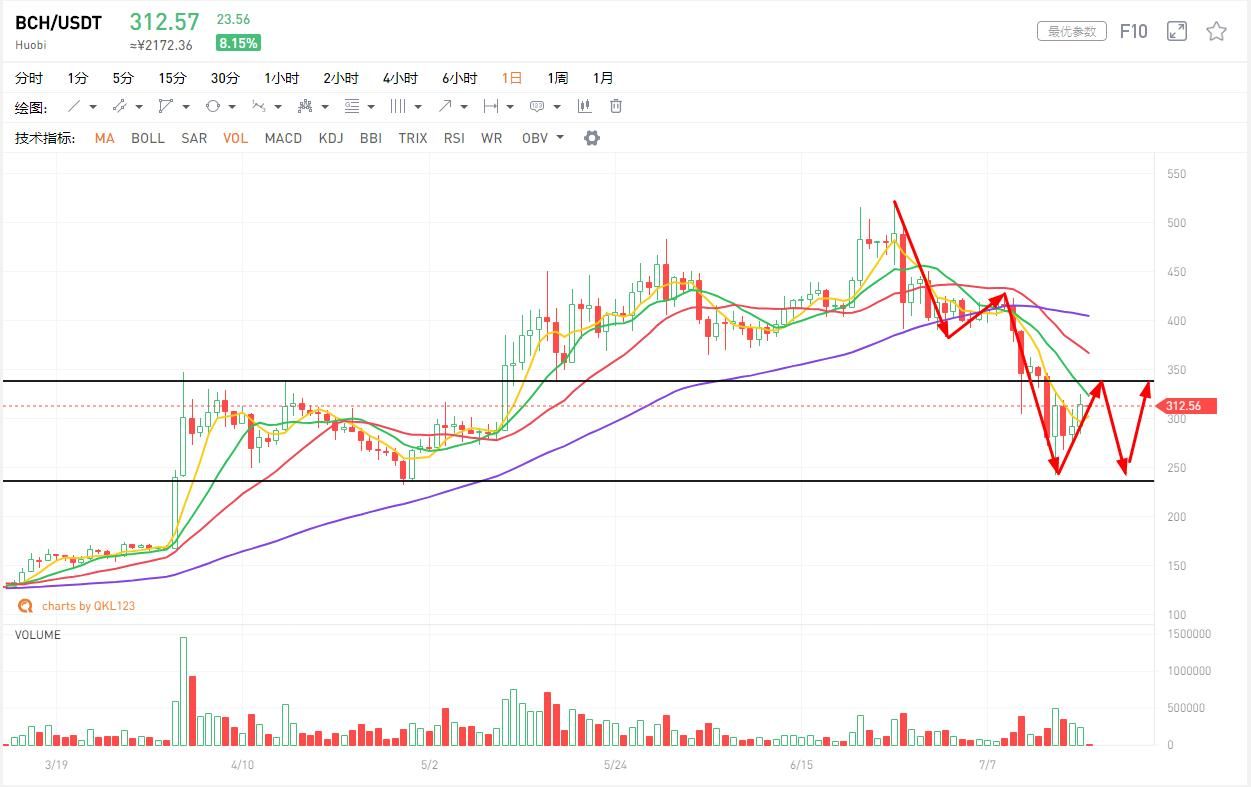 BNB's moving average system is short-selling, macd indicators are still weakly oscillating, the price of the currency has hit the boll lower rail position, the boll line has begun to nod and down, there is a trend of pumping the boll line in the middle rail, the trend of the target is very Surprisingly, I have already released a large amount of heavy volume for two consecutive days, and I have regained 5 antennas. I am currently facing the pressure of 10 antennas. If I want to get rid of the downward trend, I should continue to attack the heavy volume. I personally think that there are two consecutive abnormalities. There is a possibility of a lot of trading volume. If you can successfully stand back to the pressure of 30 dollars, you can rule out the suspicion of temptation. If you can't effectively stand back, then the target's decline can be large, pay attention to risk.