On the evening of July 16, Beijing time, the US Senate Bank, Housing and Urban Affairs Committee held a hearing on Facebook's digital cryptocurrency Libra. David Marcus, head of the Facebook Libra project, attended the hearing and answered questions. The author believes that the main focus of this incident is as follows:

Actively cooperating with regulation is the core part of Markus's testimony, including Facebook subsidiary Calibra has applied for a state currency transfer permit in the United States, Libra has registered under the management of the US FinCEN (Financial Crime Enforcement Network), and selected Switzerland as The place of registration is because it has a better international financial advantage. Facebook will not rush to launch digital cryptocurrencies until it is properly approved.

At present, Libra still has unresolved issues in connection with supervision and anti-money laundering. Under the regulatory framework, Libra's efficient, low-cost settlement advantages will be limited and weakened. The cost and efficiency of the current payment system is largely due to regulation.

For example, an international remittance must go through anti-money laundering before, during and after the event, and increase the cost and time of business processing. Once Libra is included in the regulatory system, its efficiency and cost advantages will be greatly reduced, and its lack of experience in meeting compliance requirements and some contradictions between technical routes and regulatory requirements will be magnified.

Second, Libra will create a global payment scenario in the future, which may have a negative impact on the fairness and equality of market competition.

Marcus mentioned in his testimony that "many of the 90 million small and medium-sized enterprises use the Facebook platform to conduct more direct transactions with many Facebook users."

Libra's promotion and use of a large number of users and businesses more closely combined to create a "community" belonging to Facebook, that is, in the community, using Libra as a mobile currency can meet the daily needs of residents, people no longer need other Money is spent outside the community. As the community continues to evolve, two issues may arise:

First, the incentive plan mentioned in the Libra white paper may disrupt the fairness of market competition. In order to attract merchants to enter and use the customer, the Libra white paper proposes an incentive plan similar to the subsidy. The subsidy will be transmitted to the entire real economy outside the community through the industrial chain, which will adversely affect the fair competition of the entire market.

Third, in the field of inclusive finance, small and medium-sized countries may become a breakthrough point in the development of Libra.

Even though Marcus repeatedly emphasized in the hearing that Libra has no intention of competing with any sovereign currency or entering the field of monetary policy, the technical characteristics of Libra's super-sovereign currency positioning and decentralization have caused central banks such as the Federal Reserve and the European Central Bank. Be careful and alert.

A consensus with major regulators and promotion in advanced economies will be the only way for Libra to be accepted by the world's mainstream markets. But at this stage, small and medium-sized economies that focus on economic and financial underdevelopment may be an important force for Libra to seek breakthroughs. The strategy of encircling the city in the countryside. There are three reasons:

First, commercial credit is sufficient to support. Facebook's market capitalization has surpassed the national assets of many countries (not including the market value of Libra Association's allies), its bond credit rating has exceeded many sovereign debt ratings, and Libra's issuance has relatively good credit support.

Second, the regulatory policy is relatively loose. Small and medium-sized economies are more regulated (such as countries such as South America and Panama), and lack of regulatory experience, Libra is easily accepted by these countries.

Third, it is less interfered by the local commercial banking system. The modern financial system of small and medium-sized economies is underdeveloped and the banking system is weak. Facebook can use the opportunity to help small and medium-sized economies build financial infrastructure to promote the use of Libra. In this process, it will be less interfered by the commercial banking system and help to cultivate. Regional customers use stickiness.

Fourth, the final result of the Libra hearing will have an impact on the cryptocurrency market.

Libra's launch and popularity is a long-term process, but Libra has once again pushed its underlying blockchain technology to the center of public opinion. The cryptocurrency represented by bitcoin itself does not have value, and its price reflects investors' expectations of the future development of the blockchain technology itself and its behind.

The results of the Libra hearing represent the attitude of the US regulatory authorities and even the regulatory authorities of various countries on the blockchain, which will influence the expectations of international capital and investors, and will inevitably have a dramatic impact on the current cryptocurrency market. 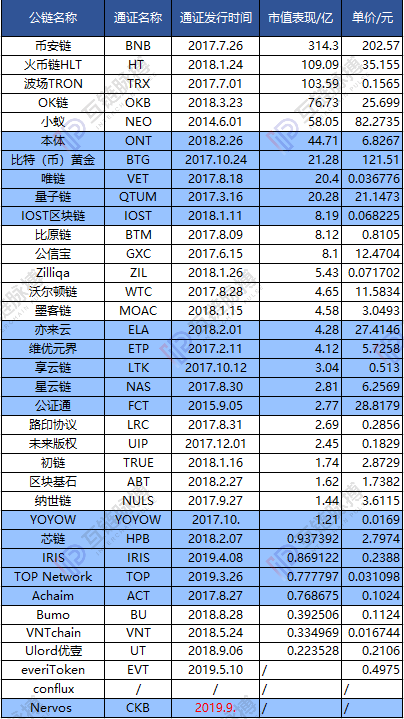 More than the original in Wuzhen, waiting for you to come to the appointment