Last week, Trump tweeted Bitcoin on Twitter: "Bitcoin is not physical, it is air, and it is not regulated." At the press conference, the US Treasury Secretary publicly stated: "Digital currency such as Bitcoin has been used. The number of criminal activities that support money laundering has reached billions of dollars."

"Used for money laundering", "is the air", this kind of slamming bitcoin is already strange. Bitcoin is really not perfect. As a large social experiment, it has a lot of weaknesses, but it also needs to find the right slot.

Words like "Bitcoin wasted resources", "No bitcoin is used", "Bitcoin has no value" are superficially plausible, but it reveals that you don't know anything about Bitcoin.

Is Bitcoin a waste of resources?

Encryption currency (especially bitcoin) mining often gives people the impression of stealing electricity, high cost, and energy consumption, but this is not the case: research by investment research firm CoinShares shows that 74.1% of bitcoin mining is used Renewable energy, and the electricity used in mining every year, is not much more used in the mid-season Christmas lights.

Many mining companies are also making changes to energy consumption. Last year, Cryptosolartech, Spain's largest bitcoin mining company, is expected to build a 300 megawatt solar power plant to provide energy for mining. In March of this year, startup startup Bitmain also plans to build a mining area in China, relying on cheap hydropower. They all hope that under these changes, Bitcoin can pick up the hat of "wasting resources" as soon as possible. Those who know a bit about Bitcoin know that mining is an important guarantee for maintaining the security of Bitcoin. Just like in the world of banknotes, it costs billions a year to print paper money, transport paper money, and store paper money. US dollar (this does not include other human and material resources, banking system expenses). Bitcoin, as a peer-to-peer trading system, pays far less for mining than traditional banks and credit card companies.

Bitcoin is used for money laundering and other criminal activities? Although bitcoin is anonymous, people can't directly associate the address with the real identity, but it is actually pseudo-anonymous. The address information and transaction records are still transparent. It is difficult to make money laundering without leaving traces. US spy Snowden once said that the US government has mastered the information of most Bitcoin account holders and monitored and kept track in real time.

Bitcoin can't be risk-free, and it's not a perfect money laundering tool. People are always subjectively convinced that Bitcoin is heavily used for criminal activities such as money laundering, which is obviously unfair.

Bitcoin is not used?

Many people think that as a payment system, Bitcoin, which is already ten years old, is rarely used in the payment market. The usage rate is far lower than the daily payment tools like Visa and Paypal, so Bitcoin has no value.

First of all, Bitcoin now transfers more than hundreds of thousands of copies per day. The lightning network nodes have covered dozens of countries around the world. No one can use this statement to stand up. The problem of daily payment is actually the focus of people's mistakes. Whether daily life can use bitcoin payments should not be judged as a criterion for whether bitcoin is valuable. 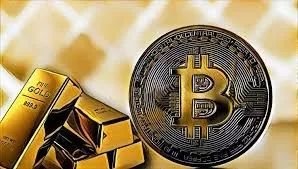 Compared with the payment currency, the current bitcoin is more like a kind of digital gold . Its value is not from the daily payment, but the storage value like gold. In countries with high inflation and depreciation in Venezuela, Turkey, Iran, etc., Bitcoin has also been regarded as an effective hard currency.

Even if Starbucks, Amazon, and Apple all support Bitcoin payments, it doesn't mean that Bitcoin has squeezed into the mainstream of payment instruments. It can be said that only when most people in a society recognize the value storage of this currency will it become one of the mainstream payment instruments. The former has already done bitcoin, and the latter is what it will do in the future. thing.

Many people talk a lot about the "pseudo-weakness" of Bitcoin, but in fact their stereotypes about Bitcoin only come from hearsay or authoritative effects, so that even the correct posture of the sniper is not found.

If you are a solid opposition to Bitcoin, from today on, you can slam the bitcoin for unregulated, bitcoin volatility, bitcoin expansion is weak, bitcoin peaks are congested, bitcoin congestion is too expensive High, bitcoin private key lost the coin and there is no such thing as "weakness", but it is very amateur because it is worthless, no one is used, only used for crimes and waste of resources.

Of course, we are also happy to see influential people like Trump take the initiative to evaluate Bitcoin, whether they are right or wrong, can make more people know or understand Bitcoin. At least compared with the wrong perception, it is the most terrible to be seen by people.

The Iranian Government Economic Committee has approved the establishment of a cryptocurrency mining mechanism in the country.