How to distinguish between currency currency and fund tray?

In recent years, the world's attitude towards Bitcoin has risen and fallen, but blockchain technology, one of the underlying technologies of Bitcoin, has received increasing attention.

The Encrypted World is an intensive concept production machine – it is either smelting, or gathering, or grafting, which has spawned many new concepts. Consensus mechanism, encryption algorithm, ecological incentives, mining calculations, cross-chain accounting, lightning network… 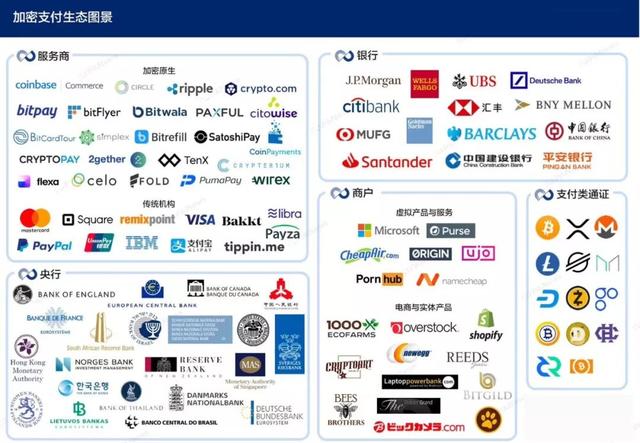 A little white, the first step in entering this industry is to distinguish between various concepts and to understand the true meaning and role of each technical concept.

Faced with an encrypted world with only a bunch of code and hashes, many people are confused. Between technology and profiteering, the swindler's bureaucracy is foggy, and it is difficult to distinguish between true and false.

Throughout the two years of pyramid schemes, it is most easy for the public to distinguish between the unclear and unclear, that is, to use the pyramid scheme system and concepts to confuse the ecological incentive mechanism of the blockchain project, so as to achieve the real purpose of large-scale money-sharing. So, what are the real blockchain eco-innovations? Which are the pyramids for the purpose of circled money?

This article attempts to use a more intuitive text to suggest some resolution methods.

Bitcoin is a block and trading for decision making, with mining incentives as a driving force for participation. Ethereum uses the consensus mechanism of pow+pos as an ecological incentive mechanism. These are already well known to many people.

Eos uses the consensus mechanism of Dpos as the driving force for ecological incentives. When the BM designed the DPOS mechanism, it landed 21 super nodes that voted for election. Each node has an annual revenue of nearly 100 million yuan. These 21 nodes are called super nodes of EOS.

DashDAO is about how to allocate funds from a pool of funds to a large number of proposals to drive the appreciation of the certificate. (See Daxue think tank "Dao's historical rhyme and new paradigm"). Dash is a project that implemented DAO earlier, which is branched from Bitcoin.

It should be noted that in order to become the master node, at least 1000 Dash coins need to be pledge, and these pledge coins can be spent at any time, but correspondingly, the qualification of the master node may also be cancelled.

1,10% of the block rewards will enter a pool of funds that will be used to fund proposals to promote Dash networks or ecosystem booms.

2. For the average participant in the Dash ecosystem, 10% is the driving force behind their participation.

2, the entry threshold for the two roles of the ordinary participant and the master node is not very high.

3. Relevant participants can enter or exit at any time.

With the launch of Polkadot, MolochDAO, DigixDAO, GenesisDAO, DxDAO, WBTC DAO and PolkaDAO, 2019 can be said to be a year of DAO development. DAO has gradually transitioned from a centralized beneficiary platform to distributed storage, interactive interfaces and a broader decentralized financial services platform. Not only has the security of smart contracts been greatly improved, but the development focus has also been single. Guide the construction of decentralized infrastructure to manage and apply existing systems, protocols, and platforms. 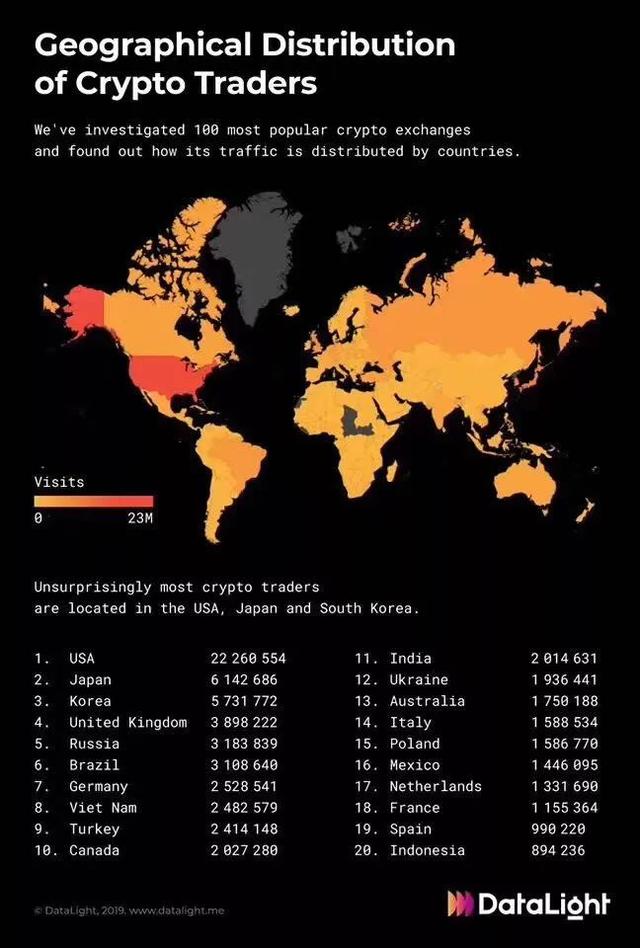 Second, the new type of node fission and fission marketing

Algorand is a blockchain protocol developed by MIT Media Labs macal and collaborators, claiming to break the "unable triangle" new consensus agreement BA. In addition, Algorand has taken a new approach to solving the problem of token distribution, which is a Dutch auction.

First of all, what do we introduce about Dutch auctions? Dutch auctions, also known as “price reduction auctions”, are a special form of auction. The bidding price of the auction target is also lowered from the high to the low by a predetermined step. People can bid at any time and report the total amount of their participation. As the price decreases and the amount of the bid increases, the target will be calculated at the lowest bid price. Less, until the auction is completed at the lowest bid, the auction ends when the auction is completed.

Algo is the first ever encrypted asset to implement token distribution through a Dutch auction.

The main logic of its Dutch auction:

2, the sooner the person who participated in the auction, the higher the price he photographed;

3, the starting price is determined by the user participating in the auction;

4, early private placements can be cashed in the secondary market at any time.

Dutch auctions for project side advantages:

1. The profit of the bearish option is owned by the project party;

2, the difference between the auction price is owned by the project party;

3. The service life of Token funds is controlled by the project party;

4. The auction method is conducive to early financing of the project;

The first auction starts at $10 1 Algo. As the price decreases, new buyers will buy it at a lower price. figure 1 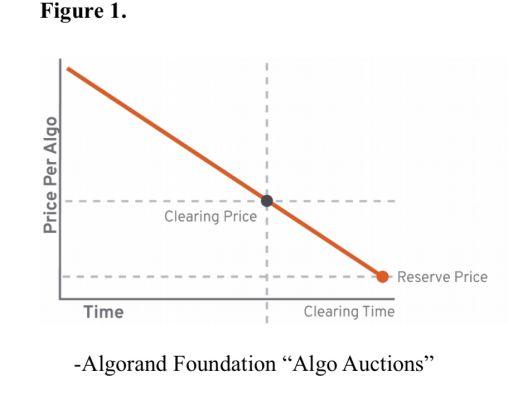 The auction ends when the price is $0.1; or the price when the demand exceeds supply is $0.1. figure 2

This type of token distribution, the requirements of the algorithm, and the characteristics of the market to determine the price are very obvious. 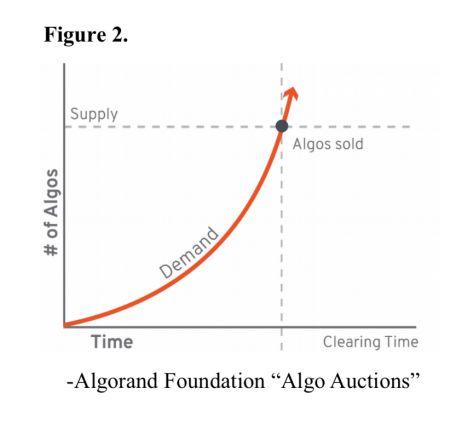 Dutch auctions, as opposed to British auctions, do not dominate the market. However, Algorand uses this method for token distribution and ecological incentives, which has attracted much attention in the blockchain industry. It is still unclear whether the Algo Dutch auction is a success or a failure, after all, next year. And its token price also returned to the normal market volatility price. But no doubt, from the results of this auction, Algo once again had a good start.

The effective super-node fission that is currently seen is aimed at stimulating ecological users and resource cooperation.

The general rules for super node fission methods are:

1, each super node locks the warehouse;

3, the super node as a full-node wallet, with voting rights and billing rights;

4, the super node is a competitive relationship, only the second fission or the third fission, and the super node's downward reward is related;

2, the super node is the second batch of ecological builders, with more abundant funds and more resources;

3, the super nodes are mostly institutions or strength individuals, forming a semi-decentralized network;

4, the initial formation of multi-party checks and balances, is conducive to ecological development, the secondary market's pull-up effect is obvious;

Mainly Pow's Token, the marketing method generated in the process of marketization and rapid decentralization.

1, the mining machine as a node to form a million storage networks;

3, using the invitation code as a reward voucher;

4, the income is more intuitive;

3, the yield curve is relatively smooth, and the incentive requirements for the mechanism design of individual users are higher;

4. It is similar to the Internet company's point system and has strong compliance.

In theory, "transaction is mining" is essentially a manifestation of the generalized economy, which will be economically motivated by trading behavior. Based on the behavioral economy and the ecology created by data and cash flow, it increases market intensity and user stickiness. However, due to the complexity of Token's total design and ecological economy and behavioral confirmation, “transaction is mining”, “data is mining”, “behavior is mining” is mostly used as a marketing gimmick and fund raising method. There have been no particularly successful cases.

Airdrop is an effective marketing tool borrowed from Internet points and P2P companies.

Since the middle of 2019, the MLM market and funds have borrowed from the arrival of the flood season, and several well-known MLM discs are widely known. Such as Plustoken, Bell Chain, vds, etc., there are several ways of propaganda: "model currency", "locked currency", "transportation arbitrage", "index trading", "quantitative arbitrage" and so on. 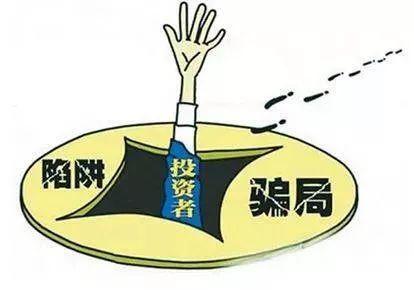 The MLM or Funds disk has the following characteristics:

1, promotion has n downline, get the bonus off the line – multi-layer rebate;

2, mostly only on their own website / app / WeChat platform to start, or trade;

6, air currency: most of the blockchain can not find the data on the chain, or only one currency name and wallet address;

The main MLM methods are:

Offline meetings have a mature brainwashing and marketing process. There are dedicated lecturers who say how stable and reliable the benefits are, and high returns. Famous MLM coins: BCC, PCE, etc.

2, the virus spreads and develops the lower level;

3, a total of 3 levels of invitation mode;

4. If the invitation is successful, the reward will be directly returned to the relevant level and the inviter;

2. After a certain period of time, the inflow and outflow of funds will reach a peer value, and new funds will need to be added to enter, otherwise it will collapse;

3, most of the project parties can be seen as a collapse;

In the name of short sellers and registered gifts, people are attracted to the situation, but they set a lot of conditions, especially the way to first unlock the money and then unlock the Token to hold the investor until the crash, or drag on to continue to run a lot of money.

After investing the funds, only one page will show the mining revenue, and promise to return to the book for a certain number of days, but generally end with the running. Or use the mining machine and computing power as the target, and by selling the dividends, push down the line and sell the products.

MLM makes a trading platform, pulls up the currency, and closes the dog. Or after depositing a batch of funds, open or silently run. ETF exchange.

Use the wallet as a platform to attract users to deposit more funds; issue their own tokens, in exchange for the user's bitcoin, Ethereum and other main circulation certificates and then close the road. Such as VDS, Plustoken, Wotoken, mgctoken and so on.

The more people you buy, the higher the price; the lower the price for each token sold. The cost of the receiver is getting bigger and bigger until it collapses. Such as POWH 3D, and Fomo3D mode.

As a senior practitioner in the industry, when I saw various "token" "models" and "funds exchanges", I couldn't help but worry about the development of this industry. Investors are deceived, but they are caused by their own greed, lack of cognition, etc., but they are also related to the environment of the new industry and the chaotic opening of the environment. Some people are given blockchain technology, trust, decentralization, and unchangeable. Wait for the scorpion's chance to deceive. When you find someone who introduces you to the "valuable opportunity" of investment, there is a superior, and when the superior has a superior and a superior, it is also an excellent opportunity to withdraw.

Regardless of whether the funds are well or the MLM, the various modes have an important point of discrimination: the key point of the inflow and outflow of the project funds, when the capital inflow value is equal to the value of the outflow of funds, when the pyramid scheme and the fund collapse.

2. The conscience of the currency circle "Cover the coffin plate of the plustoken, let it die, it won't open the net"

Zhejiang University’s School of Science and Technology has added a new “Digital Finance” class, which includes blockchain and digital currency.