The focus of the US regulator survey is whether BitMEX violates regulations and allows Americans to trade cryptocurrencies on the platform.

Supervision is a bright sword, and the funds are running. BitMEX may have been in big trouble this time.

Since the release of news from US regulators last Friday (July 19), the net outflow of Bitcoin transactions from BitMEX, the world's largest cryptocurrency exchange, has been vented like a flood.

Money circle researcher Joe McCann found that BitMEX trading volume was once "avalanche" and the 24-hour trading momentum was down 33%. 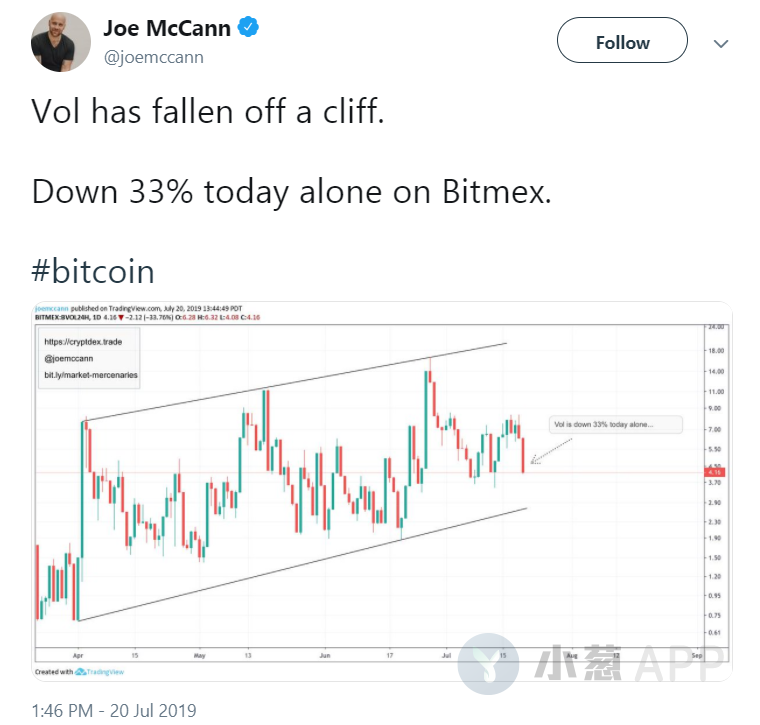 BitMEX's apparent capital outflow is due to the fact that it is under investigation by the US Commodity Futures Trading Commission (CFTC). An interviewee who asked not to be named told Bloomberg that the CFTC's investigation of BitMEX had been secretly carried out for a month.

BitMEX, a cryptocurrency exchange registered with Seychel, is alleged to be in violation of the rules, allowing Americans to trade cryptocurrencies on the platform. According to official data, BitMEX's transaction volume in the past 30 days reached 208.98 billion US dollars.

Earlier, BitMEX co-founder and CEO Arthur Hayes said in an interview in January that BitMEX has refused to accept the use of the platform by US residents, but users can still bypass the US with VPN, through other BitMEX Allow the country or region of the IP to make the platform.

This statement has also been confirmed by the industry. For the investigation of BitMEX, VanEck Digital Assets Director Gabor Gurbacs said that BitMEX has proper KYC and IP isolation, and there are very clear pop-ups and contract requirements to block American access (even better than most banks). !), but the user's own use of VPN and false information to access, in violation of the contract and the law. 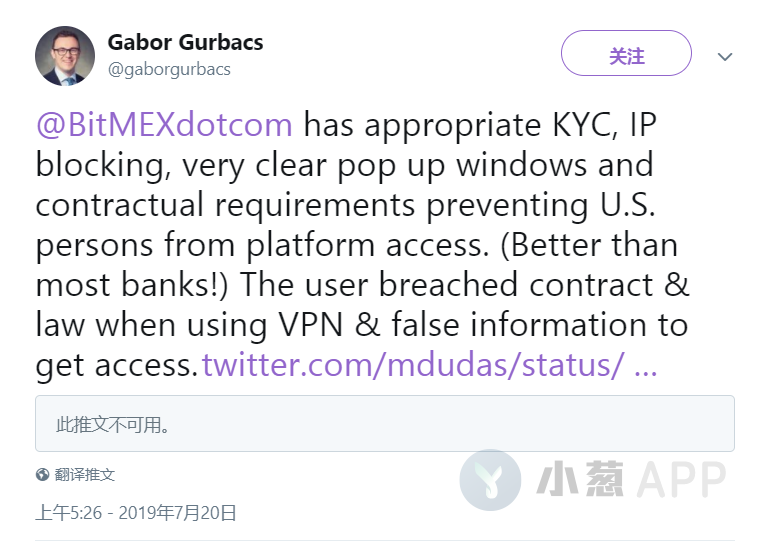 A large amount of capital outflows caused by the US CFTC's investigation into BitMEX, cryptocurrency analyst Whale Panda said that considering the number of Bitcoins held by BitMEX, this is a normal reaction, which is more like reminding those who do not actively trade their entire inventory. Human extraction.

BitMEX is one of the most popular exchanges in the cryptocurrency market today. The biggest reason is that traders can use a variety of "leveraged trading" products on the platform to make high-risk, high-profit with a small amount of money. Transactions, including up to 100 times leveraged bitcoin futures contract product XBTUSD, with other futures, swap contracts.

BitMEX announced in June this year that the exchange's trading volume exceeded US$16 billion in a single day, setting a record high; given its size and high-risk, high-reward trading products, it is often nicknamed “Big Casino” by the community and traders. ".

It is worth mentioning that the day before the US regulator publicly investigated BitMEX, "Dr. Doom" Nouriel Roubini has already started BitMEX. According to Roubini, BitMEX and all similar cryptographic trading platforms allow for systematic illegal activities, including taking a blind eye to the money laundering of terrorists and criminals from Russia, Iran and elsewhere, and from these transactions. Profit. 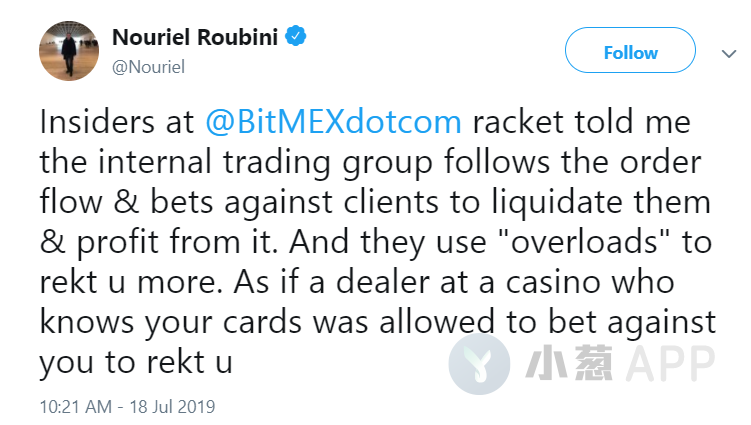 At the end of June this year, Roubini also bluntly slammed that BitMEX trading volume is not credible.

How can people trust these numbers when 95% of Bitcoin transactions are forged? False currency, junk currency, false trading volume, false price. The only real thing in the encryption space is manipulation, skyrocketing, early operation, cleaning transactions, and so on.

At the beginning of July, Dr. Doom and BitMEX CEO Hayes said in the mouth of the gun in Taipei that the payment revolution has taken place in the field of financial technology, and those stomping cryptocurrencies (stinking shi*coins) simply cannot with China's Alipay. WeChat and other payment applications are comparable.

Bitcoin once fell below $…

Head of Brazilian Banking Federation: Cryptocurrency is not real currency and does not perform any function of currency

The fire currency contract will be upgraded at 18:00 on July 11th. 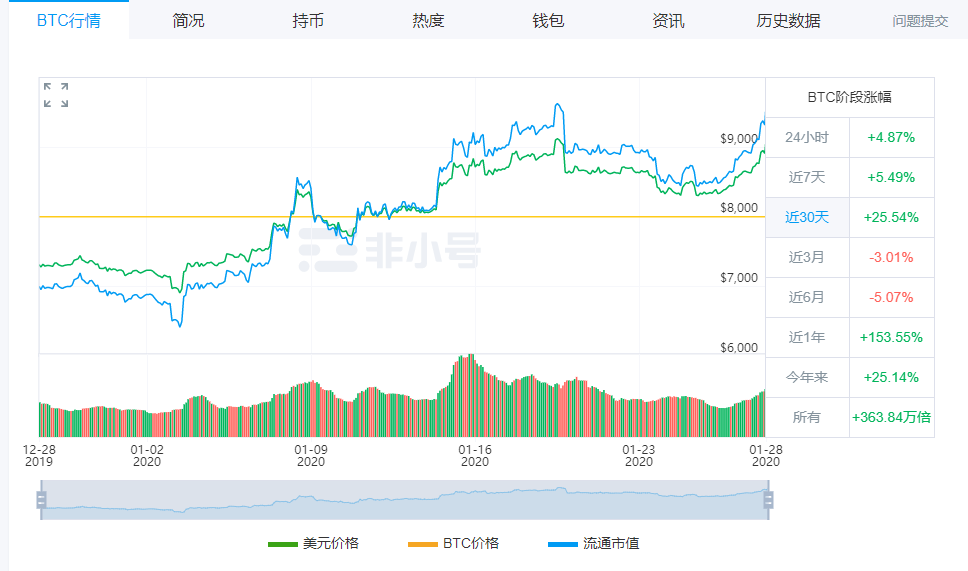