As the market picks up, cryptocurrency positioning and regulation become hot spots.

Yesterday, US Congressman Davidson once again proposed a bill to exempt digital currency from the securities law, giving the cryptocurrency a legal status in the United States.

Davidson said in a statement that if the bill is approved by Congress and signed into law, it will "send a strong message" to people, "the United States is the best destination for blockchain technology."

In fact, this “old case” is re-emphasized as the second house of the Token Taxonomy Act.

In December 2018, the token classification was first proposed by Congressmen Davidson and Darren Soto to exclude cryptocurrencies and other digital assets from federal securities laws, allowing individuals to trade more easily with specific tokens.

Davidson said the token taxonomy hopes to create new asset classes for digital assets, preventing digital currencies such as cryptocurrencies from being classified as securities.

In addition to demarcating the digital token and the securities law, the token classification also states that the US SEC should change the regulation of cryptocurrencies, adjust the virtual currency taxes held in individual retirement accounts, and create tax exemptions for cryptocurrency exchanges. . Reducing taxes on certain digital currency transactions and uses.

In addition, the bill also proposes to allow ICO to circumvent US securities laws and treat ICOs as products rather than federal and state-level securities to help governments and other institutions regulate ICOs more effectively.

Not only that, but the document further requires that the Ministry of Finance should issue regulations to provide information on the trading gains of cryptocurrencies.

However, in the United States where power is divided clearly, not everyone can agree to the token classification bill.

Since the laws of countries all over the world generally lag behind the development speed of ICO and cryptocurrency, the definition of traditional securities has long been outdated. Governments have no unified concept on cryptocurrencies, which makes different regulators have different understandings of cryptocurrencies. This situation is particularly prominent in the United States.

US Congress: The cryptocurrency should be redefined as a unique asset, not a security;

US Commodity Futures Trading Commission (CFTC): The cryptocurrency is a commodity;

US SEC: Except for Bitcoin and Ethereum, other digital cryptocurrencies are securities;

US Internal Revenue Service: A cryptocurrency is a type of property that can be subject to a profits tax;

US Office of Foreign Assets Management (OFAC): The cryptocurrency is a tool for money and criminals;

In addition, there are many differences in the definition and understanding of cryptocurrencies in the US states. Some state governments even have the opposite opinion on the legislation of cryptocurrency.

The "consensus" situation has caused the US to further stagnate the cryptocurrency, and the token classification method has been temporarily stranded.

Since 2018, the US SEC has postponed and rejected the application of Bitcoin ETFs of several asset management companies Winklevoss, VanEck, SoildX, and Bitwise for avoiding market manipulation and unclear regulatory rules, which has caused most investors. dissatisfied. Many industry insiders and officials have voiced that the SEC should protect the interests of investors and have no right to limit investors' choices.

In September 2018, the US Congress held a round table on the theme of "cryptocurrency and ICO regulation." Dozens of representatives from Wall Street's large enterprises and cryptocurrency companies said that encryption assets lacked regulatory transparency, and current regulations were not only vague but outdated. I hope that all relevant departments will determine the type of tokens as soon as possible.

In 2019, the US government and regulators noted that the focus on blockchain technology and the development of cryptocurrencies has become increasingly important. US Presidential Candidate Tulsi Gabbard said local and state leaders are paying attention to the potential of blockchain technology to create and expand economic opportunities.

In addition, the US SEC also said that blockchain technology can be used to create financial instruments, sometimes in the form of tokens or coins, and can provide more investment opportunities.

At the same time, the US government and the US SEC and other relevant departments frequently shot, not only proposed to introduce two new cryptocurrency bills, but also issued the first "no action" letter, approved the encryption asset company TurnKey Jet to operate ICO, agreed to Tokens are not securities and allow ICO to sell tokens in the United States under certain conditions.

According to Coindesk, the new proposed token classification is similar to the one introduced in 2018, but the new version has some upgrades, including a clearer definition of digital tokens, making it more adaptable to changing technology.

The new bill also adds provisions to strengthen consumer protection and replace parts that may overlap with other state laws.

In addition, the bill will make several changes to the tax treatment of cryptocurrencies, including a minimum tax exemption for encrypted goods services and cryptocurrency transactions.

Jake Chervinsky, a well-known securities litigation lawyer in the United States, said that the re-introduction of the "submitter classification" by Congress is the first step in the long legislative process. Although the final bill may be very different from today's draft, we are happy to see Congress for encryption. Positive action of money.

Gabriel Shapiro, an encryption law expert, said: "The terms of the proposed law basically provide token-free sellers with "death-free tokens" as long as they can prove that they do not sell securities with "reasonable and good faith."

Gabriel Shapiro also added that if the bill is passed, a new wave of ICO is expected, which will provide legal guidance for those who want to issue tokens, provide transactions, and establish services in the United States.

Have a long way to go

Following the release of the ICO and Token guidance framework by the US SEC, the US Congress has also re-provisioned the token classification method. The positive attitude of the United States towards cryptocurrency and blockchain is obvious.

Is it money? commodity? Securities? Practical tokens? Still something else? It is precisely because of the differences between governments on this issue that digital currency such as Bitcoin and Ethereum is in an uncertain state in the global market.

Therefore, the existence of cryptocurrency is not single enough and lacks definition. Some countries regard it as a currency (such as Japan, Germany), while others see it as unregulated speculative assets (such as Mexico and Denmark), and China is not "friendly" to cryptocurrencies.

The United States has almost no way to reach a consensus on cryptocurrencies within its own country. Each of the above five branches has its own complete cryptocurrency classification system. Not to mention the countries.

It is expected that in the near future, the United States will legalize cryptocurrencies after Japan, formally recognize the legal payment methods of cryptocurrencies, and incorporate them into the legal rules system. And this will undoubtedly be a long and arduous process. 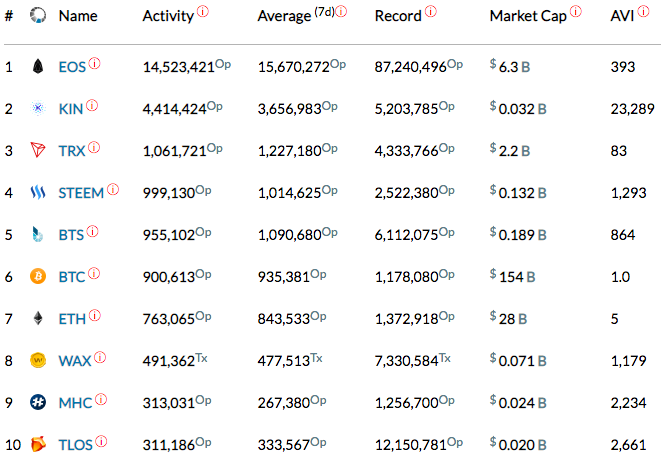 The number of Bitcoin Lightning Network nodes has reached 11,605