On July 12th, US President Trump, known as the "Truth Governing Country", issued three tweets to evaluate the cryptocurrency including Bitcoin and Facebook's Libra.

The attitudes of the world to bitcoin and blockchain vary. Some countries have legalized it and even regarded bitcoin as a legal payment method; some countries are on the sidelines; some are explicitly prohibited.

Today, we will take stock of the leaders of the countries that have commented on Bitcoin or blockchain technology, as well as the relevant blockchain policies and attitudes of the corresponding countries. 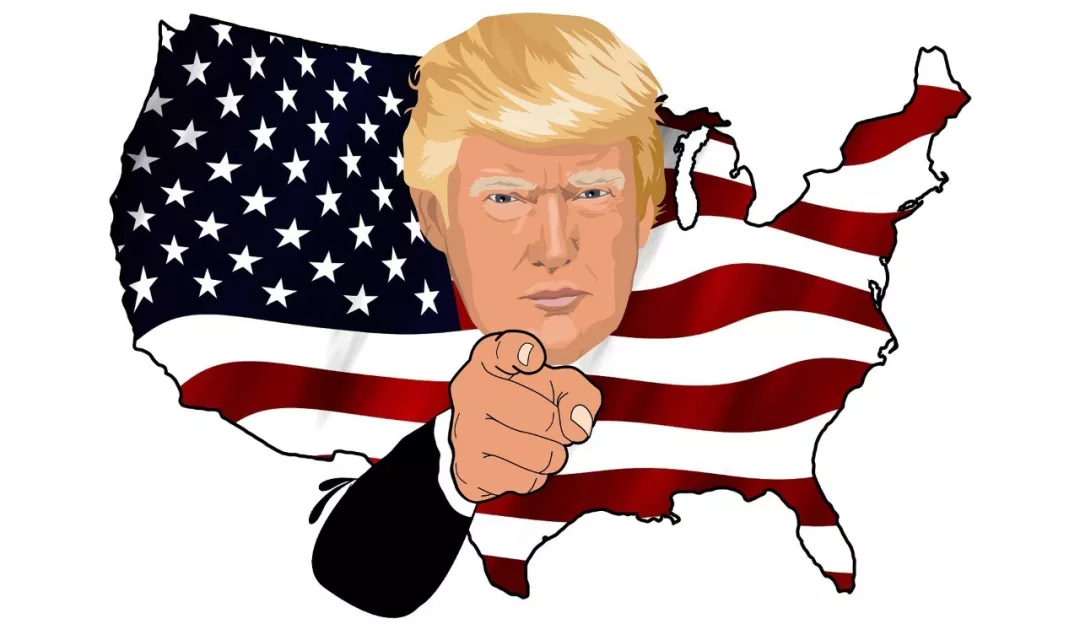 On July 12th, US President Trump evaluated the cryptocurrency for the first time through Twitter, saying that " …the cryptocurrency is not a currency, the volatility is large, it is based on air distribution…Unregulated Encrypted assets promote illegal behavior, including drug trafficking and other illegal activities. "

The United States is a federal system, each state has its own legal provisions, and different states have different attitudes toward cryptocurrencies. Delaware, Illinois, Arizona, etc. are very friendly to cryptocurrencies, and Arizona even incorporates blockchain signatures and smart contract technology into the law; by contrast, Indiana, Iowa, Texas Wait for the cryptocurrency to be not very friendly and mark it as potentially dangerous. 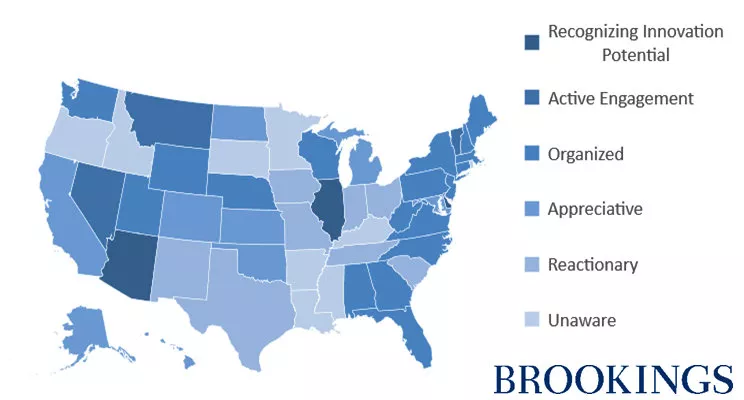 In addition to the states of the United States, what deserves our attention is the attitude of the US federal agencies: the US Internal Revenue Service (IRS) defines cryptocurrency as property and believes it should be taxed; the US Securities and Exchange Commission (SEC) treats many cryptocurrencies. For securities; the US Commodity Futures Commission (CFTC) classifies bitcoin as a commodity, and bitcoin-related derivatives (such as futures contracts) can be traded publicly. 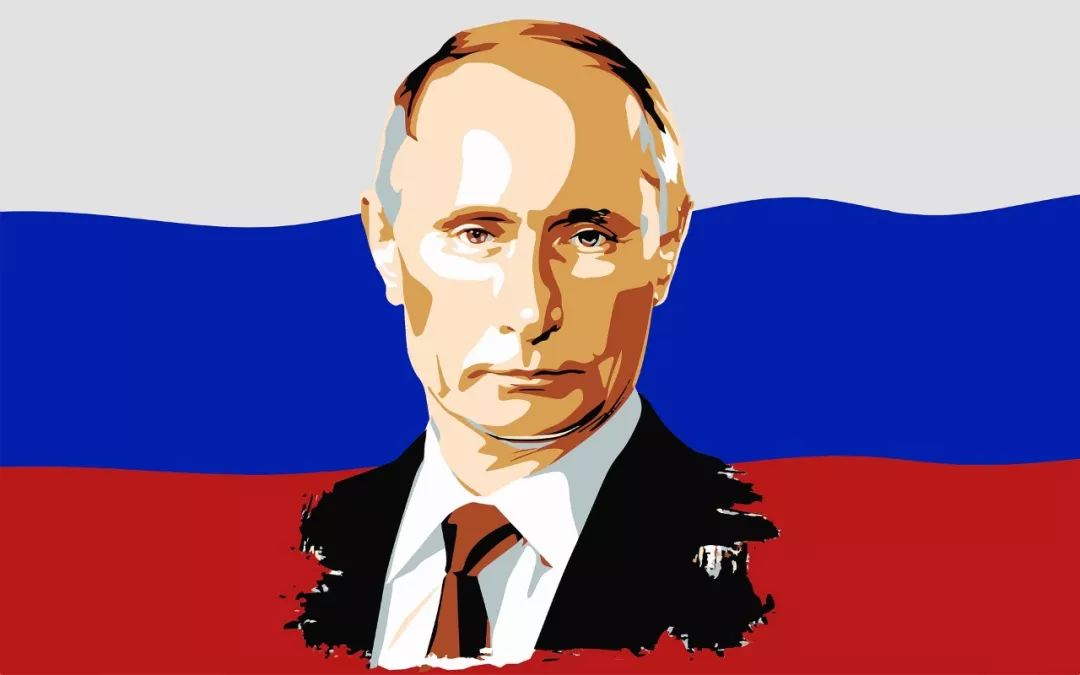 Russia’s position on the issue of cryptocurrency has been complicated and changeable.

In fact, as early as 2014, cryptocurrency was “small and famous” in Russia. In June 2017, Russian President Vladimir Putin met with Ethereum founder V God to discuss the application of blockchain technology in Russia, and the relevant regulatory policies were released.

But in October 2017, Russian President Vladimir Putin said that cryptocurrencies "caused serious risks" and were used for crime. At the beginning of this year, Putin also requested to issue specific cryptocurrency regulations before July 1 this year.

Then, so far, there is no further news. 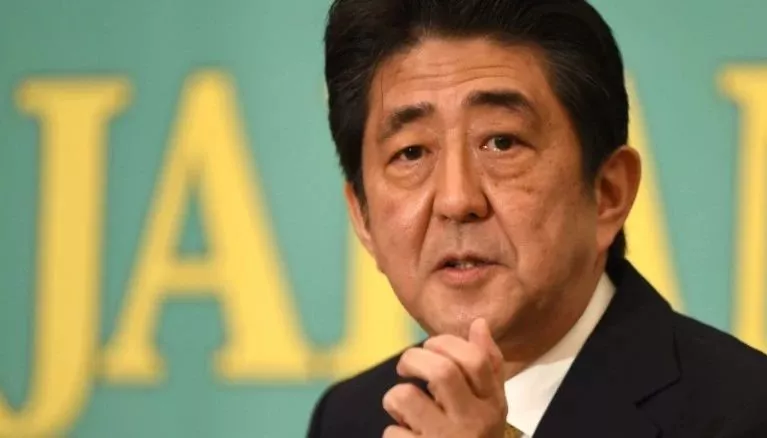 Among many countries, Japan is a country that is very friendly to cryptocurrency and blockchain technology.

Shinzo Abe also stressed that in addition to the “code assets” and other financial technology industries, there are still great development possibilities to ensure the safety of technology, but also to ensure the users. The convenience of the parties also expects the main players to pose new challenges to this technology.

In addition, the establishment of a cryptocurrency trading platform in Japan is subject to policy approval and is regulated by relevant laws and regulations.

In the article "The US Congress suddenly attacks, asking Facebook to stop Libra immediately, and the multinational social giants are moving frequently ", we also introduced the Japanese social giant Line will soon obtain a license to launch a cryptocurrency trading platform in Japan, and issue its own cryptocurrency. . 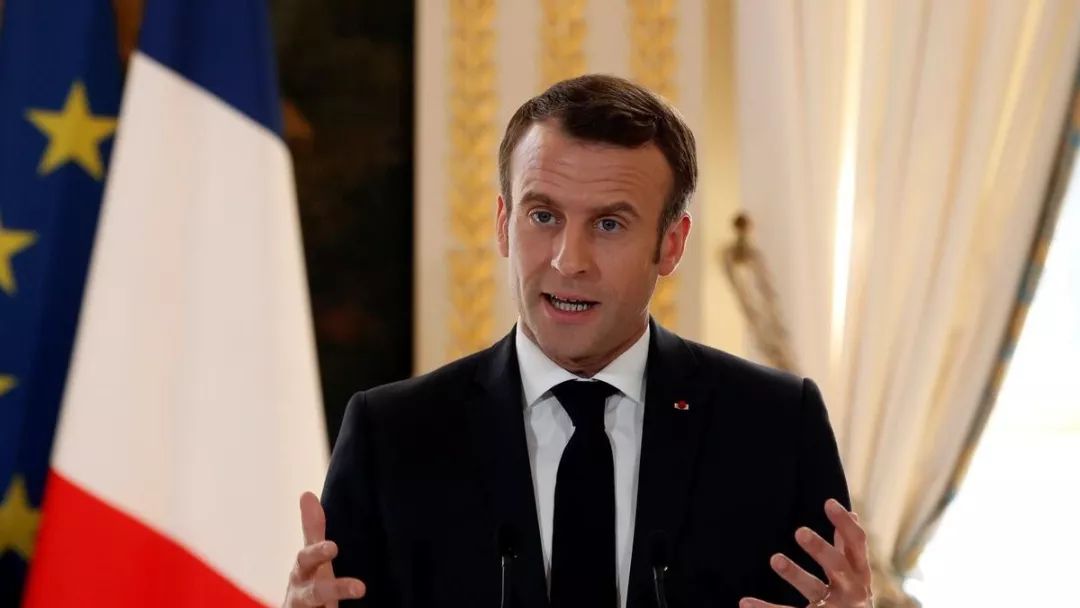 At the International Agricultural Fair held in Paris this year, French President Mark Long delivered a speech: “ Let us use this technology in Europe (blockchain) and develop tools to track every product from raw material production to packaging and processing. Become a pioneer in agricultural technology. "

In addition to the president’s appeal, France has announced last year that it will invest 700 million U.S. dollars in blockchain technology, artificial intelligence and data mining to achieve reform of French government institutions.

In addition, last year the State Council of the Supreme Administrative Court of France decided that cryptocurrency profits should be considered as “movable property” and re-written regulations that have been implemented since 2014, reducing the tax rate from as high as 45% to 19%. The General Social Insurance Tax (CSG) is subject to a fixed tax rate and income. " I don't know what Bitcoin is. " When asked what the mysterious bitcoin was, Brazilian President Jair Bolsonaro replied.

Brazilian President Jair Bolsonaro knows almost nothing about cryptocurrencies, but agrees to suspend a campaign initiated by the National Indian Foundation (FUNAI) and the Federal University of Fürenheim (UFF). A cryptocurrency project created and promoted for the use of local people. For a time, " I don't know what Bitcoin is, but I just oppose it " has become the title of many news media reports.

Even so, Brazil has not stopped exploring the application of blockchain technology. “ In order to ensure that we use technology change more effectively and more urgently to achieve inclusive growth and social development, I have appointed a presidential committee on the fourth industrial revolution .” South African President Cyril Ramaphosa Said.

In Africa, due to the unstable currency in some countries, financial services such as banks are lagging behind, thanks to the popularity of smartphones in recent years, cryptocurrency and blockchain technology have developed very rapidly in Africa. Due to the relaxed regulatory environment, more and more blockchain startups have begun to enter Africa. Nigeria launched the CDIN program to educate Nigerians about the potential benefits of blockchain and cryptocurrencies; South Africa has set up a Blockchain Academy in Cape Town to help local businessmen, entrepreneurs and residents understand the blockchain The advantages of using technology in the financial sector. 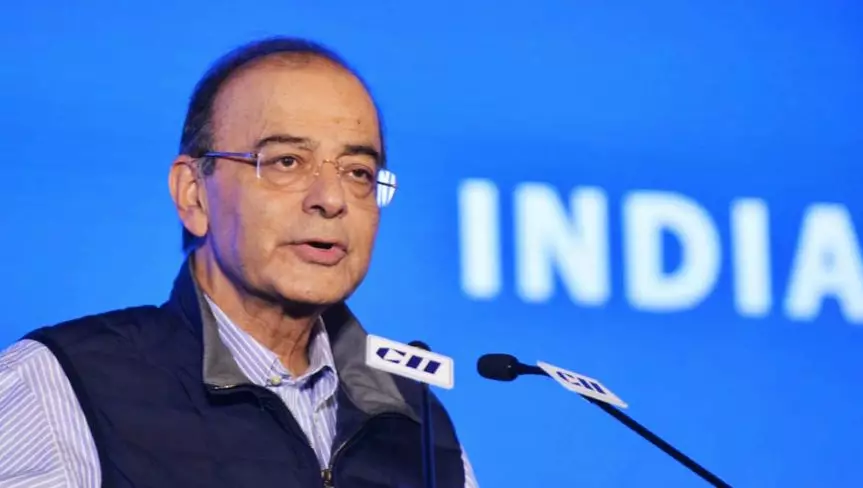 Overall, India’s attitude towards cryptocurrencies is not friendly.

On February 1st last year, Indian Finance Minister Arun Jaitley mentioned in a speech in Congress that cryptocurrency is not a legal currency and promised to crack down on "illegal activities" involving cryptocurrencies .

In June of this year, a draft of the 2019 Act on the Prohibition of Cryptographic and Official Digital Monetary Regulations in India stipulated that persons who “mined, generate, sell, sell, transfer, dispose, issue or trade cryptocurrencies” were sentenced. Imprisonment for up to 10 years and prohibiting anyone arrested for cryptocurrency-related crimes from being released on bail.

At the end of June, Koinex, an Indian cryptocurrency trading platform, announced that it had shut down due to “unclear economic feasibility and regulatory policies”. The market fell sharply in the trading platform, BTC fell to a minimum of 4795.95 USD, and the remaining 26 traded against Indian Rupee. The average decline of digital currency is around 50%, which is called " India version of the 1994 " by many people. 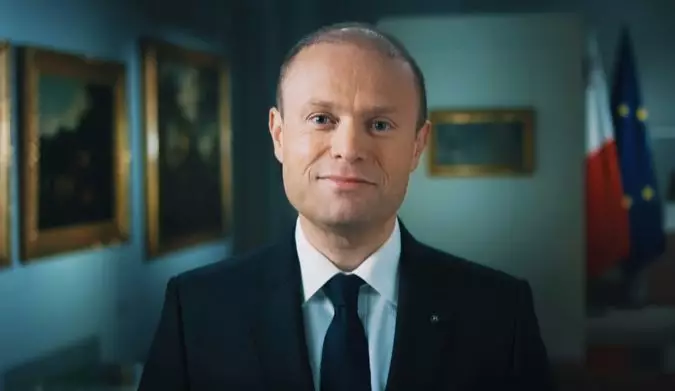 Although it is a small country in Europe, Malta wants to become one of the most friendly regions in the world for cryptocurrency, in order to increase the country's wealth.

In May 2017, Malta used the “blockchain” as a national development strategy to create a “blockchain island”. In June 2018, the Malta Parliament passed three bills on cryptocurrency, blockchain and distributed ledger technology (DLT). At the 73rd session of the UN General Assembly on September 27th, Malta Prime Minister Joseph Muscat stated:

Malta’s Prime Minister Joseph Muscat also said that Malta would be the “blockchain island” and one of the first countries in the world to legislate for emerging technologies.

Due to Malta's friendly policy, many trading platforms, such as Coin and OKEx, have established related companies in Malta.

In 2018, Ukraine began to formulate relevant laws and regulations as well as regulatory policies, and plans to fully legalize cryptocurrencies within three years. In addition, Ukrainian President Vladimir Zelenskiy also pledged to deploy blockchain technology at the national level.

Earlier this year, according to Cointelegraph, the Ukrainian central bank has completed its pilot program for the national digital currency “e-hryvnia”. It is reported that the bank began piloting in December 2018, and it has been at least one year to consider this digital currency concept. The Albanian central bank has repeatedly warned the general public that “digital currency is not under the direct supervision of the country’s banking industry, and that the media bears a very high risk.”

In addition, Albanian Prime Minister Edi Rama said that he is currently in the process of developing a regulatory framework. After thorough research and analysis of cryptocurrencies, if the results are satisfactory, it will make Albania the center of the blockchain and encryption world. 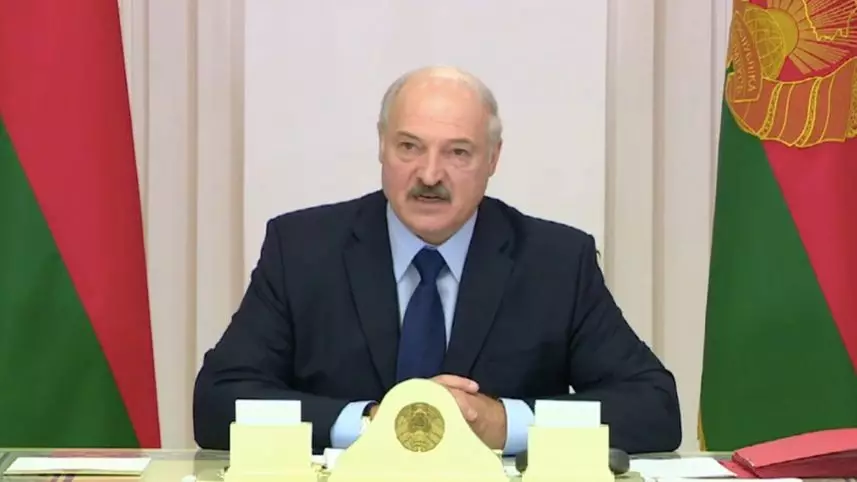 Belarus is one of the few countries in Europe that is optimistic about cryptocurrencies.

At the end of 2017, Belarusian President Alexander Lukashenko signed the “Decree on the Development of the Digital Economy” to provide legal protection for the development of blockchain technology, while stipulating that all cryptocurrency transactions and related income will be tax-free in the next five years.

On June 18, 2018, Belarusian President Alexander Lukashenko signed the first bill to comprehensively supervise companies based on blockchain technology and legalized smart contracts at the national level.

“ Belarus will soon have excess nuclear power that can be used to power the new cryptocurrency mine, ” said Belarusian President Alexander Lukashenko at a meeting with representatives of the IT industry. It is reported that Belarus has two nuclear reactors in the Grodno area, one of which is scheduled to be put into operation before the end of the year, and the second unit will start generating electricity in the summer of 2020.

As a new technology, blockchain is bound to be inseparable from the support of national policies if it is to achieve sustained and healthy development.

Message Mining No. 284: Which of the 11 countries mentioned above, which country do you most favor? why? Welcome to leave a message in the message area.

Is the blockchain mobile phone…

Ten minutes to read the…