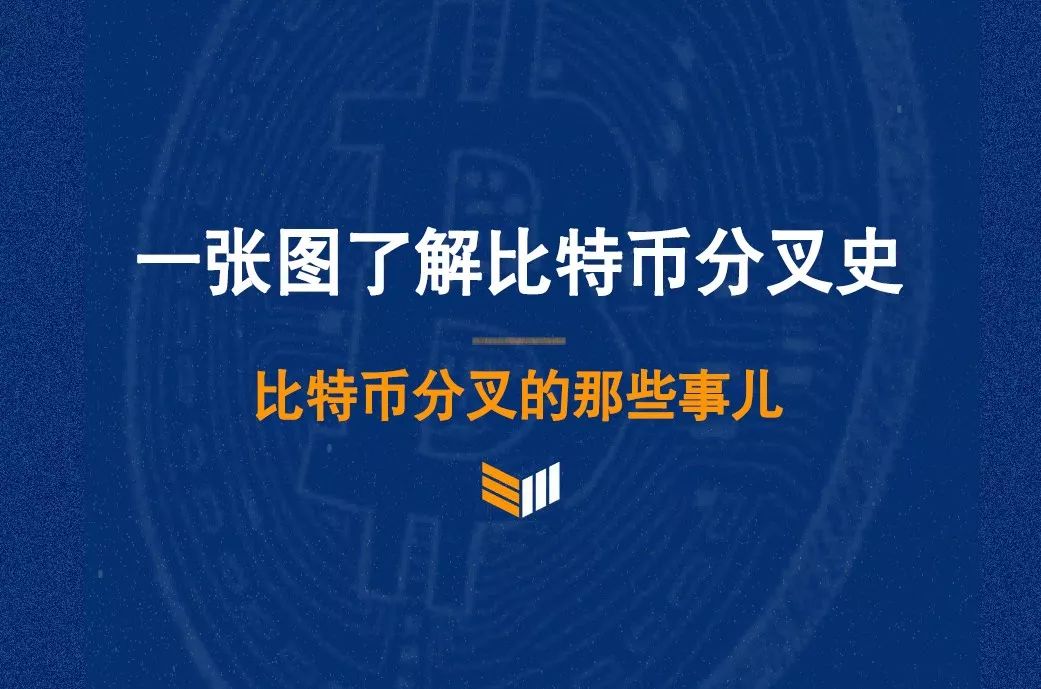 Below is a summary of the bitcoin bifurcation diagram. Although not all the forks are covered, the figure shows some of the most important forks to date.

What is bitcoin fork?

The word "forking" can sometimes be difficult to understand because different types of "forking" represent different things.

The code base fork is a copy of the software implementation code. Code library forks are usually adjustments made to the original code base. On Bitcoin, the fork of the code base means generating code that is fully compatible with the Bitcoin protocol. They can lead to a fork in the blockchain or form a whole new digital currency system.

Blockchain forks occur when two versions of the transaction history appear on the blockchain. There are many reasons for this, either within expectations or outside of expectations. The results need to be based on specific circumstances, which may lead to an isolated block or a brand new digital currency system.

A hard fork is a protocol upgrade that relaxes or removes rules. If all users are upgraded, hard forks will not cause a fork in the blockchain. Especially on Bitcoin, some people think that unless all users upgrade, the "upgrade" agreement should not be called a hard fork at all, but should be called a new digital currency or "forked currency."

Although there are differences between different nouns, the case of bitcoin forks is actually complicated. The difference between a hard fork and a soft fork is often not obvious, and sometimes it is not even clear what to do with a protocol upgrade. Today, industry experts still have differences on the classification of certain events. Some attempts to rewrite the forks of history purely politically motivated will make the situation more complicated.

Key information in the figure

Bitcoin was born in 2009, when Nakamoto released the first bitcoin code base. Then, it is called "bitcoin" (or, more specifically, the first version of "bitcoin 0.1.0"). The latter part of the same code base was renamed "Bitcoin Core" and is sometimes referred to as "Zhongben Cong Client".

When two or more miners dig into the active block at the same time, the bitcoin blockchain branches into two branches. According to the design rules, as long as one branch becomes longer, these forks are decomposed, and the shorter branches are discarded. Even today, this happens often.

The first soft-forked protocol of Bitcoin is disabled with the OP_RETURN of the protocol feature. Technically, this is a UASF, but in the early days, it was only Satoshi Nakamoto who was making the rules of the agreement. The upgrade did not result in a blockchain fork.

Bitcoin's first hard-fork protocol upgrade adds a new feature OP_NOP, which is also specified by Nakamoto. However, not everyone thinks this upgrade is actually a hard fork. From the results, it did not cause the blockchain to fork.

Unexpected blockchain forks occur when different transaction histories are seen in different parts of the Bitcoin network and are usually not automatically resolved. This type of blockchain fork is usually caused by software defects or other technical problems and is one of the largest short-term failures Bitcoin can experience. Fortunately, in the history of Bitcoin, this kind of thing happened only two or three times, each time solved through community coordination, and did not cause much damage.

Libbitcoin is an example of a complete re-implementation of the Bitcoin protocol in different code bases. It is not a Bitcoin core code base branch, but it is designed to remain compatible with the Bitcoin core.

The P2SH upgrade can be said to be the first MASF, although later MASF used a more pure hash-based upgrade mechanism. It does not cause the blockchain to fork.

Bitcoin ABC is another example of the Bitcoin core code base branch. However, Bitcoin ABC has been adjusted to ensure that it is not compatible with Bitcoin cores and other Bitcoin clients at some point in time.

Bitcoin ABC splits out from Bitcoin and creates "bitcoin cash"

On August 1, 2017, Bitcoin ABC collided with bitcoin clients such as the Bitcoin core. In the process, it created a new digital currency called Bitcoin Cash. (Although this information is not shown in this picture, Bitcoin cash now includes several clients – not just Bitcoin ABC.)

BTC1 is also a code base branch of the Bitcoin core that has been tuned to ensure it is not compatible with the Bitcoin core and other Bitcoin clients. However, the purpose of BTC1 is to deploy a hard fork upgrade for the new bitcoin protocol "Segwit2x". In other words, its goal is to have all Bitcoin users switch to the Segwit2x protocol and call this protocol "bitcoin."

If the BIP148 client did not receive sufficient support at the time, it would abandon the Bitcoin original chain and create a new digital currency. However, since there are enough miners to upgrade their systems, the BIP148 client is still compatible with other Bitcoin clients. Many people see this protocol upgrade as the first "real" UASF: it is not determined by the developer, but by the grassroots user movement.

Bitcoin core (not yet implemented)

For various reasons, almost no one has adopted BTC1. Not only did it fail to "upgrade" the Bitcoin protocol, it did not even continue to be a new digital currency.

After Bitcoin ABC pioneered a relatively successful precedent for creating bitcoin cash through blockchain forks, a series of so-called "forked coins" were introduced. Bitcoin cash was born out of long-standing differences within the Bitcoin community, while other bitcoin forks generally believe that blockchain forks are a good way to issue new coins.

Nakamoto's vision (Bitcoin SV) is a code base branch of Bitcoin ABC, but after adjustment, Bitcoin SV ensures that it is not compatible with the Bitcoin cash agreement at some point.

Sun Yuchen responded to the media: I would like to invite Li Lin V God to go to Buffett luncheon, hoping to amend Buffett's value investment theory

Nandi Zhang, Renmin University of China: There are two ways to deploy a blockchain material chain architecture in terms of material donation and distribution scenarios