“Is the Ethereum cool?” More than one investor was asking.

In the bull market, nothing is done. No one expected that the bull market, which began in early May, eventually became the sole carnival of Bitcoin. The public chain such as Ethereum almost missed the feast.

In addition to the currency price, Ethereum is also facing an unprecedented crisis. In the face of endless new rivals, the performance of Ethereum has long since fallen behind. And its expansion plan is still far away.

In the attention of the outside world, V God even proposed to use BCH to realize the short-term expansion of Ethereum. Such expediency is interpreted as "under the fence."

Ethereum, which is surrounded by all sides, where will the future go?

Ethereum, which is firmly in the second place in the market value of the currency circle, is now facing an unprecedented market crisis.

How bad is the price of Ethereum in the currency? A set of data is visible.

It is not difficult to see that compared to Bitcoin, Ethereum has a very limited degree of “recovering lost ground”. In addition, after reaching the recent high point, Ethereum has also seen a more tragic callback, and the price is even close to the waist.

In the eyes of some of Ethereum's strong believers, the rise of Bitcoin has even become one of the reasons for the low price of Ethereum. "Bitcoin has risen and sucked up the blood of the entire currency."

Guess is not a hole in the wind. Recently, a number of investors expressed a blockchain. In the face of ETH's decline, they have sold ETH and invested in bitcoin and other more stable currencies in the near term.

In fact, this little bull market in mid-2019 has become a carnival for Bitcoin and its forks. BTC led the gains, followed by BCH, BSV and other forked coins. Since then, several platform coins have also risen. However, the performance of the public currency, represented by ETH, in this small bull market is not eye-catching.

In addition to ETH, the top three public-chain projects EOS, TRX, and ADA have their recent highs prices equivalent to 37%, 18.2%, and 8.7% of the highest historical prices, respectively. Such achievements have lagged behind other mainstream currencies in the recent currency market.

"The root cause of the weak ETH currency price is that their logic is not fragrant in the currency circle." Digital currency investor Zhang Weijun pointed out.

In his view, as the market value of the currency circle Top 2, bitcoin relies on the scarcity of never-issued hair, some people regard it as a stored value tool; and Etaifang's pie is an unprecedented block. Chain Ecology – "Global Computer."

Unlike Bitcoin, Ethereum does not have a total amount of issuance and is issued annually. The positioning of its tokens is to act as a “fuel” for mining incentives and DApp operations. "Even if Nakamoto has disappeared, Bitcoin is still alive. And Ethereum needs V God to constantly boost investor confidence." Zhang Weijun said.

As the first generation of public chain platform, Ethereum is the proponent of smart contract and DApp concept. The price of Ethereum is also closely related to its ecology. However, the recent technological progress and ecological construction of Ethereum has little highlights. The currency price performance was flat and expected.

The weak currency performance has exposed the crisis facing Ethereum to the outside world.

The first crisis came from Ethereum itself.

Today's Ethereum has completed the last hard fork into the "quiet" phase – "Constantinople". According to the plan, the Ethereum in the "quiet" stage will soon turn to full PoS. In the current transition period, how to weigh the interests of all parties and improve the performance of the platform has become a difficult problem in front of the Ethereum team.

The so-called "short-term data available layer" means that Ethereum uses the large block capacity of BCH to store some of the data of the Ethereum platform before realizing its long-term goal of 10M/s. In the future, Ethereum will still rely on its own strength to achieve data autonomy.

Previously, V God had supported BCH (ABC) in the BCH (ABC) and BSV forks, and the BCH community should not regret this smoothness. However, this claim of V God is still criticized by some members of the Ethereum community.

Ethereum user experience designer avsa bluntly pointed out that V God's idea is more like an "out of date April Fool's Day joke." In many overseas communities, there are countless investors who spoke. Ethereum, as the earliest and most mainstream public-chain platform, has now fallen to the point where it needs to be “sent under the fence”.

The anxiety in performance has exposed the second major crisis of Ethereum, an emerging public chain that is constantly emerging, and is gradually squeezing the living space of Ethereum.

DAppReview data shows that compared with the emerging EOS, wave field and other public chains, Ethereum has been crushed in the number of active users and transactions, and the transaction volume is not dominant. The only thing that can maintain the Ethereum market position is the number of DApps that have accumulated over the years.

In fact, as early as 2018, EOS and the wave field surpassed Ethereum in terms of the number of users and transactions. Their performance advantages are also more obvious. The second-level confirmed features make these public-chain platforms popular with many C-side DApps, especially the gaming DApps. These strong new public chains have had an impact on the Ethereum ecology.

In addition, the third crisis facing Ethereum comes from the decline of the entire public chain industry.

Beyond Ethereum, public-chain platforms such as EOS and wavefields have achieved relatively high TPS by sacrificing some decentralization. However, on these public-chain platforms, most DApps are still gaming applications. "Just like online gambling is not likely to give birth to BAT, the gaming DApp can't support the future of its public chain." A wallet practitioner expressed a blockchain.

In the eyes of many blockchain practitioners, DApp has experienced many years of development, and there have been no phenomenal C-side products, or enough to change the industry's B-end applications. Therefore, many people are no longer optimistic about the DApp ecosystem, but believe that the hope of the public chain lies in the emerging DeFi (decentralized finance) industry.

However, the DeFi industry is still in its early stages, and it is difficult to raise the banner for the time being. “DApp is at least a blockchain player's self-employment,” and DeFi needs the blockchain to gain recognition from traditional financial markets.” A TokenFund investment manager, Luo Ziang, told a blockchain.

“In the current blockchain industry, the public chain is too “sexy” compared to the traditional business of platform currency, stable currency and even mining.” He said.

The price of the currency is bleak, the collapse of faith, the rise of competing products, and where is the future of Ethereum going?

According to Ethereum's established route, it will fully switch to the PoS mechanism in 2020 and introduce fragmentation, zero-knowledge proof or side-chain expansion agreements to achieve significant performance and privacy improvements.

But in these areas, a variety of public chain competing products, including EOS, wave field and even IOST, seem to go even further. In the PoS mechanism, community governance and Staking ecology, the above-mentioned competing products have already been explored.

At the 4th Ethereum Developers Conference in October 2018 (Devcon 4), V God once claimed that Ethereum 2.0 will be 1000 times more efficient than the current version.

"This will make Ethereum a real world computer, not like a smartphone in 1999, it can only barely play Snake," he said.

"Smartphone in 1999" is V God's evaluation of the existing Ethereum version. In fact, the current public chain platform is mostly the same.

In his view, although the digital currency represented by Bitcoin is still in the period of price increase, the “big prosperity” of the blockchain has not yet arrived.

"It is not difficult to see from the big bull market in the second half of 2017 that the real prosperity of the entire industry is a hundred flowers, not a single show." Luo Ziang said, "A quantifiable indicator is the peak of the bull market in 2017, bitcoin in the entire digital currency. The market value of the market is only 32%. Now, this figure is as high as 65%."

"From another perspective, the reason for this phenomenon is not that Bitcoin is too superior, but that the currency has been invested for many years without money." Luo Zigang pointed out.

Since 2018, chain hotspots have emerged one after another. DApp, stable currency, forked coin, STO, cross-chain, DeFi and other concepts have appeared, but they have not left a typical case that is truly memorable. Instead, it is a “traditional industry” such as mining and exchanges, as well as scams such as drumming, flowering, and fund trading, which have repeatedly become the focus of hot discussions in the circle.

"But the era of the public chain has not come to an end." Luo Ziang stressed that "the innovative technology of the chain will still appear on the public chain platform, and after extensively verified, it will land on the platform of the alliance chain and other more focus on the application of the scene. ”

At the same time, the competition in the public chain industry will also shift from smashing and fighting to a more pragmatic structure and technology. "In the long run, this is also a good thing." Luo Ziang said.

It has been more than five years since the first white paper of Ethereum was published.

During this period, the fate of Ethereum was full of drama: the transformation of the industry, causing a sensation, the price climbed to the peak, and then the technology began to stagnate, step by step towards a slump.

This kind of development trajectory can not help but make people sigh.

Can Ethereum rise again? No one can give an answer.

Original title: "The price of the currency plunged 44% in 20 days. Is the Ethereum really cool?" 》 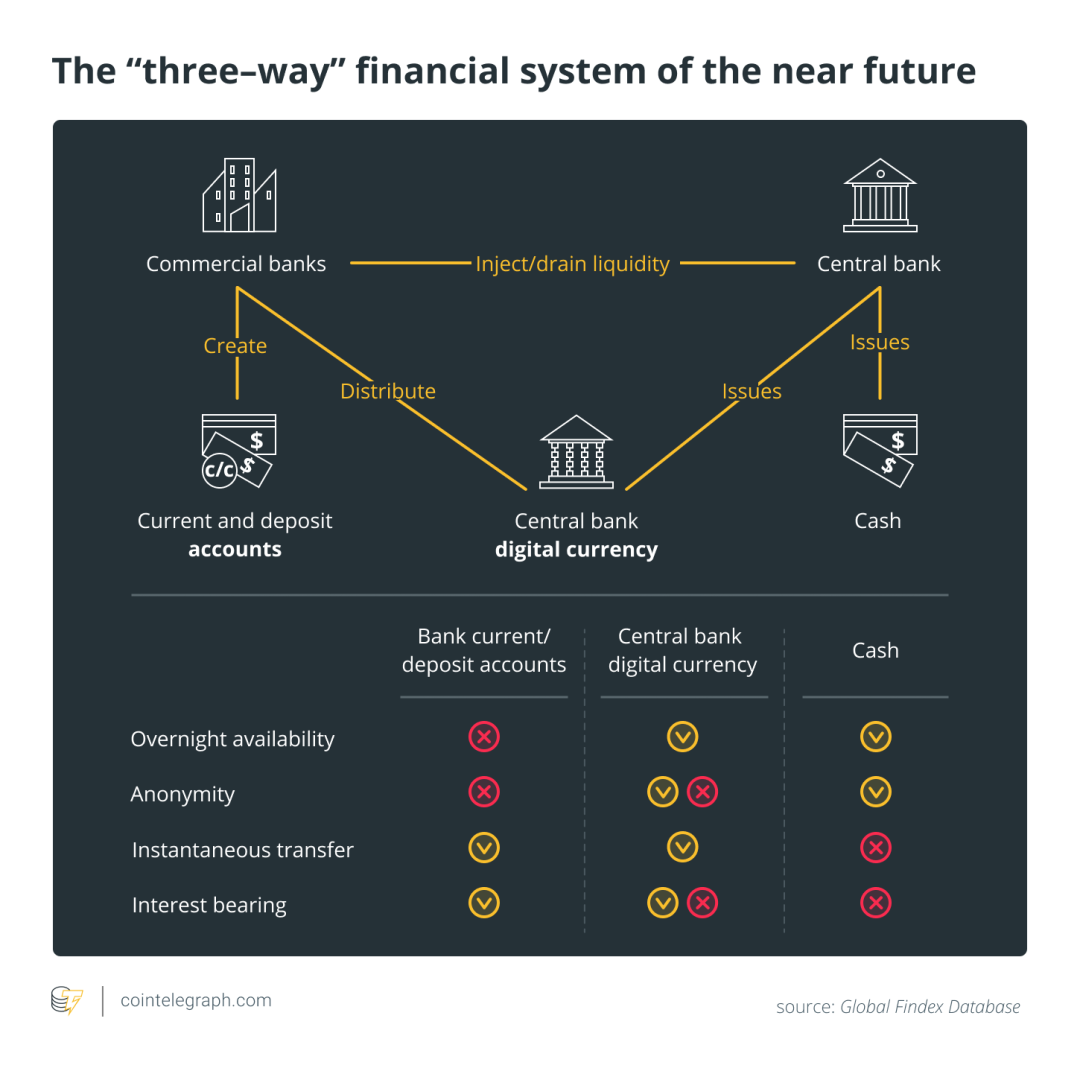