Last year's fire of FOMO3D made the whole currency a good one. In early July of this year, Team Just, who developed FOMO3D team, launched the blockchain “Big Bomb” Just.Game website . Although the website only has its white paper, it is enough to attract The eyeballs are filled with heat.

Although I don't know if the genuine Just.Game can surpass the glory of FOMO3D, it is enough to see the prevalence of spinach DAPP. The ether, grapefruit, and wave fields were once dubbed the spinach chain. The genuine Just.Game is based on Tron's development, using the TRX in the hands of GIFT BOX players (the same as the FOMO3D KEY). Popular point, you can think of the gift box as a lottery, 25TRX one, about 7.5 yuan. Holding a gift box can receive dividends, dividends come from the follow-up gift box purchaser, and as more people buy gift boxes, the bonus of the gift box continues to increase.

Just.Game developer Team Just said on social media that the original PMO player of FOMO3D can exchange the value of 1:1 for the new game, and does not need to bear the 10% charge for selling P3D. If you choose to continue to hold P3D, you can also get bonuses for new games. This gameplay is more central and the official final version has not yet been released, so everything is still unknown.

Although the Just. Game game has not been officially launched yet, there have been many high imitation games known as Just.Game. For players who don’t know the truth, even the players outside the circle can say that “scams” ​​are hard to defend. These imitations, some based on the Just.Game official website style, made the so-called Just.Game, and the rules and contents of the white paper were also processed in the same way, made Just.Game. However, these are not really Just.Game, the background of the team and the direction of the funds are not known, the market is running out of money, and there are endless streams, so the so-called "Just.Game" is full of such routines. "Be careful too.

For example, a game site suffixed with Justgame.vip was born, this game copied the rules in the Just.Game white paper, and supports TRX, ETH, IOST, USDT4 versions. At the heart of the game is a gift box. After the player purchases one or more boxes, the player can share the amount of the subsequent purchase of the box as a dividend. The initial value of the gift box is 0, and then the value will continue to appreciate. This is the FOQ3D KEY for a different statement, and the same as the genuine Just.Game game rules. All in all, it is simple and rude drumming, money game, as to when this game starts, no one knows, when it is thunder, it is not predictable. I don’t know if the prize pool has been carefully calculated, with 35%, 10%, and 5% as the main dividend thresholds, which are 5% equal to all the boxes purchased before; 35% as the open box reserve, if there is a player to open the box midway With this funds, the remainder of the reserve will enter the prize pool at the end of the game; 10% will enter the prize pool and equalize the last 100 players; 5% of the last purchased player's extra prize; 5% development team; 5% as the market Promotion funds; 5% invitees.

The interface can be said to combine the FOMO3D and genuine Just.Game styles, and combine the purple tone with the red tone and the hard work. There is no team introduction and related information. The community part is only a simple and rude one. WeChat QR code and Telegram community. Is it Scam, in fact, it is obvious, the warriors who are not afraid of death can go on.

There is also a game called EOSBOX. This game is a FOMO3D game specially designed for EOS. Even the interface has copied the purple of FOMO3D . It seems that the peak of FOMO3D is still difficult to surpass.

In the rules of the game, EOSBox.me claims to be the EOS version of Just.Game. In fact, the official Just.Game does not have such a statement. This game also uses BOX, which translates the BOX into a box. Each round of the game has a 12-hour countdown. At the end of the countdown, the game ends. The new round of games will start in 24 hours. Each time you buy, open, or upgrade a box, the countdown increases by 30 seconds. The difference is that the price of Box is always 0.1EOS, and will not increase the price because of the increase in the number of buyers. The initial value of the Box is 0. After each box is sold, the system will get 40% of the EOS and put it into the previous Box. The EOS in the Box will increase as the number of sold Boxes increases until the end of the game. Computer users need to use the Scatter wallet, while mobile users use the tokenpocket or meetone to search for games. The EOSBOX game has only one Telegram community, and there are only 28 people.

Finally, there is a game called BOXME. Although the game has the essence of FOMO3D rules, the interface still has its own style, flat cartoon style. The community is also relatively formal, with WeChat, Twitter, Medium and Telegram. Although the number is small, it can be seen in a relatively formal starting stage. The wallets supported by the game are Token Pocket, Meetone, Match Wallet, BitPie, Starteos, and Hoo Wallet. The game's invitation mechanism is not so low, requiring at least 100 boxes to activate the invitation link, which is 10 EOS. BOXME is a financial game developed by the FAST team. Players only need to buy a box to participate in the game. Like many "box" games, this BOXME also has a series of lottery mechanisms for buying boxes, upgrading boxes, and opening boxes, with countdown jackpots, 1% operational small rewards (not yet started), and recommended rewards (3%).

The rules for all boxes are: 40% of the admission funds are directly entered into the previous player's box, 40% as the out-of-box reserve, 14% as the grand prize pool, 3% as the invitation link, and 1% as the FAST holder dividend, 1 % as a small pool, 1% as a team development fee (40% out of the box if you do not run out at the end of the game directly into the jackpot allocation).

Overall, the rules of the game are relatively transparent, and the team situation is disclosed. The Fast team focuses on DAPP game development, and the project that was developed was invested by the Angel Wheel of JR, Crypto.

All in all, the imitation versions of FOMO3D and Just.Game are on the market, and I believe that there will be similar games in the future. In the entire Dapp ecology, the most popular development is the spinach game. I wonder if it should be happy or sad. Fortunately, more and more people are paying attention to the development of ecology such as EOS, TRON, and IOST, and developing new functions and applications in their ecology. Pessimisticly, the application of development is still concentrated in the spinach category. In terms of the user's choice of too few faces, on the other hand, developers have to choose to develop spinach Dapp again because of this deformed market, which inevitably forms a vicious circle.

When the spinach Dapp is hot, I hope that these ecosystems can develop more interesting Dapps, so that users can not enter the dilemma of the funds.

Of course, we also welcome more quality games and applications to settle in DAPPX Phi Phi Shrimp. We will provide users with a healthier and benign blockchain application ecosystem.

Tom Lee: Before you worry about whether the bear market is over, please keep in mind Bitcoin's "Best Ten Day Rule" 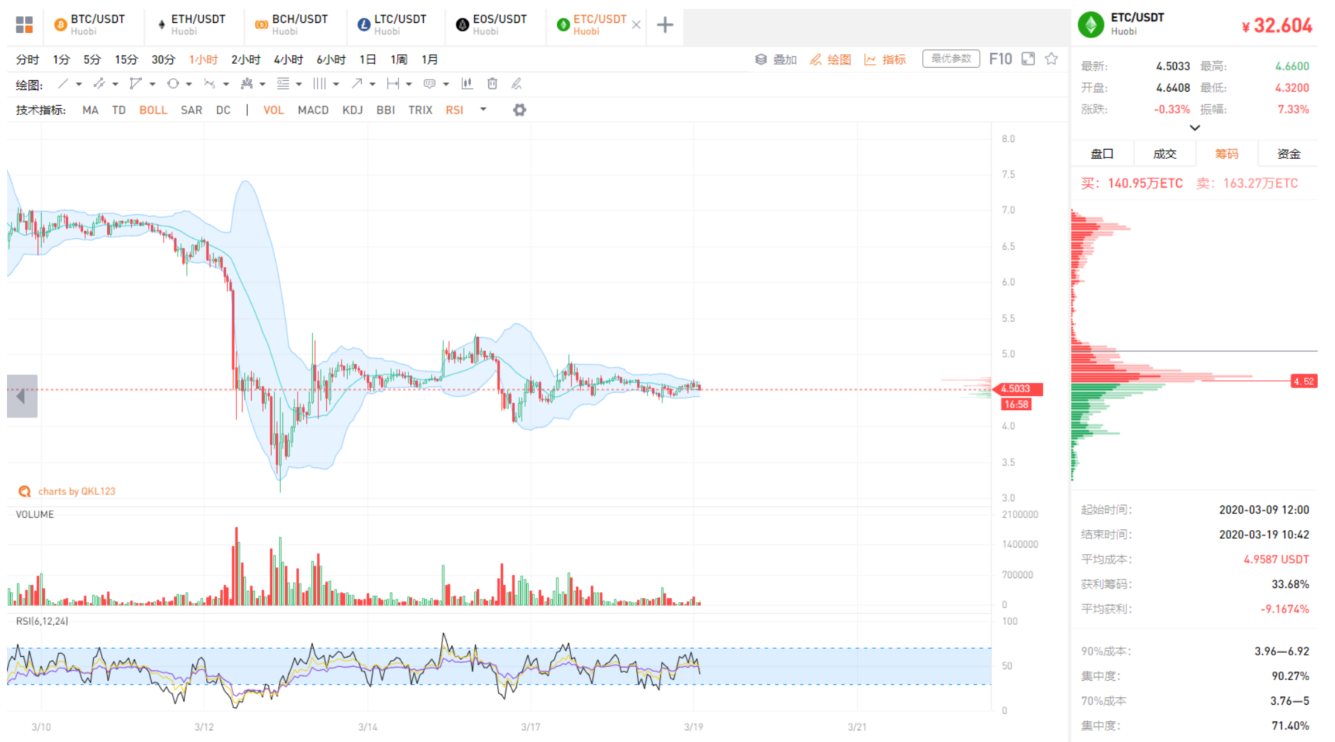