On July 22, US local time, the Office of the Attorney General of New York issued a certificate to USDT issuer Tether and its affiliate Bitfinex. The two parties will hold a hearing on July 29.

The evidence has been in the past 4 days, but the New York Attorney General's Office and Bitfinex have not published their evidence and details.

Shah Hafizi, Chief Compliance Officer of Genesis Mining, told Deep Chain Finance: The purpose of the hearing is that the court will review the case based on evidence and make a judgment based on relevant laws. If Bitfinex loses, it will have to pay a fine and close New York business.

Tether loses or will close the New York State business

The US regulation of the USDT distribution company Tether continues.

Half a month ago, the rumor that the "USDT will disappear, the three major exchanges are facing the danger of closing the door" was rumored on the Internet.

Rumor has it that the United States requires TEDA to make a testimony before July 22. If the evidence fails, TEDA will close at the end of this month.

Shah Hafizi told Deep Chain Finance: The purpose of the hearing is that the court will review the evidence-based case based on evidence and make a judgment based on relevant laws. If Bitfinex loses, it will have to pay a fine and close the business in New York.

On July 20th, as a shareholder of Bitfinex, Zhao Dong responded to rumors on Weibo: "I can really make it. If you don't want USDT, please let me know."

On July 22, local time in the United States, the Office of the Attorney General of New York has already issued a certificate to the "Bitfinex and Tether" company, and a hearing was held on July 29.

Zhao Dong told Deep Chain Finance that the evidence was true, but (the Office of the Attorney General of New York) had no real hammer.

Shah Hafizi told Deep Chain Finance that usually before the hearing, the Office of the Attorney General of New York needs to submit relevant evidence at the evidence meeting in order to let the receiving party (the court) know the facts of his case.

Half a month ago, THE BLOCK reported that the Office of the Attorney General of New York claimed that they had obtained more evidence that the Bitfinex trading platform was still available to New York traders by 2019, and that the New York Attorney General’s Office also showed the court a private investigation. Relevant sensitive files.

The first confrontation between the Office of the Attorney General of New York and the first round of Bitfinex began on April 25 this year.

The reason for Bitfinex's counterattack is that $850 million is not a shortfall, but is deposited in Crypto Capital's account, confiscated by Polish, Portuguese, and US government authorities, or otherwise frozen.

On May 16, approved by New York Supreme Court Justice Joel M. Cohen, agreed to amend the business ban on Bitfinex on April 25.

According to the court's decision, the revised ban period is 90 days. Bitfinex officially stated in the notice that the original ban was too vague, broad and time-limited.

It is worth noting that in early May, Bitfinex issued a LEO fundraising of $1 billion, which is suspected of filling the $850 million funding gap.

Zhao Dong explained in Weibo, "Objectively, Bitfinex fundraising is also to solve the problem (the difficulty of withdrawing the currency), otherwise it will definitely not send Token."

The leading proof of Bitfinex is the current Attorney General of the New York Department of Justice, Letitia James.

Previously, Letitia James was a public defense attorney with over a decade of legal experience and a hardliner in financial regulation and corporate financial transparency.

On July 23, Letitia James stated that President Trump’s career has been hiding behind the lawsuit, but as the chief law enforcement officer in New York, I can assure him that no one is above the law, and even the US president can’t .

For Letitia James insisting on suing Bitfinex, Zhao Dong said on Weibo: "I think Bitfinex and Tether are not doing evil, and there is no illegal crime. If you can't kill you, it will only make you stronger."

An American lawyer privately commented on Zhao Dong: "(Letitia James) She is trying to make herself famous."

Shah Hafizi told Deep Chain Finance: "(The Office of the Attorney General of New York) has experience in financial regulation and enforcement. They have real concerns. We should not ignore their thoughts so unthinking. I believe Bitfinex is taking this matter seriously. ""

The Tether side believes that the regulator has no jurisdiction over the alleged conduct involved, and the lawyer argues that Tether and Bitfinex are not registered in New York, and that there are no evidence in the large number of documents submitted by the Office of the Attorney General of New York that investors have received Actual damage.

Lawyers have suggested that the current "Martin Act" regulations do not apply to Tether's USDT because Tether and Bitfinex are not registered in New York.

Founded in 1921, the Martin Act is a commercial law in New York State. The bill stipulates that financial fraud is prohibited in New York State for people inside or outside the country. The sternness of the bill is that the prosecutor can conviction of fraud without the need to prove the intention of the financial institution, and the respondent has no self. The right to defend.

The Manhattan Supreme Court is referring to the opinions of Tether defense lawyers, and Bitfinex’s “first battle” is a success.

International tax lawyers and certified public accountant Selva Ozelli hold the opposite view. He believes that the Attorney General of the New York Department of Justice has jurisdiction over offshore affairs under the New York "Martin Act," on the grounds that Bitfinex is not registered in New York. But there are business operations in New York.

The latest testimony of Bitfinex by the Office of the Attorney General of New York, Zhao Dong said, it is not clear.

Shah Hafizi told Deep Chain Finance: "My feeling is that affiliates such as Bitfinex just want to avoid the regulation of the New York State and the US authorities, so as a business risk decision, they are avoiding doing business with Americans."

Since the IPT was issued in November 2014, it has been suspected that the relevant audit report has not been disclosed for a long time. Until November last year, the holder of the USDT issuer Tether completed the compliance registration at FinCEN.

In the past five years, the USDT, which was originally issued to solve the problem of restrictions on the legal currency deposit channel, has a total market capitalization of about 27.8 billion yuan and 148 on the exchange.

At present, the most common stable currency is mainly issued based on the legal currency asset mortgage model, including PAX, TUSD, GUSD, USDC and so on.

The main body of PAX is Paxos, a well-known trust company from the United States. The financial audit work is handled by Withum, the top 15 accounting firm in the United States. In addition, Paxos not only got the necessary MSB license, but also has the “industry supervision gold medal” – the trust license.

GUSD claims to be the world's first regulated stable currency, and its issuer is the famous Gemini exchange, audited by the 30-year-old California-based firm BPM.

According to the current market value, these stable coins with golden keys have not yet shaken the dominance of USDT. However, OK Researc researcher Li Hsiao-lian said that at present, the market structure of stable coins is mainly judged based on the two dimensions of transaction volume and deviation degree, and stability is based on credit level.

The more people you use, the more confidence people have in currency. Ten thousand people use A currency and 10 people use B currency. Newcomers are more likely to accept A currency.

User confidence depends on the credit level of the currency. The hegemonic position of USDT in the market is hard to say how long it will last.

As for the impact of the evidence on the USDT, Zhao Dong said: "The market has told you." 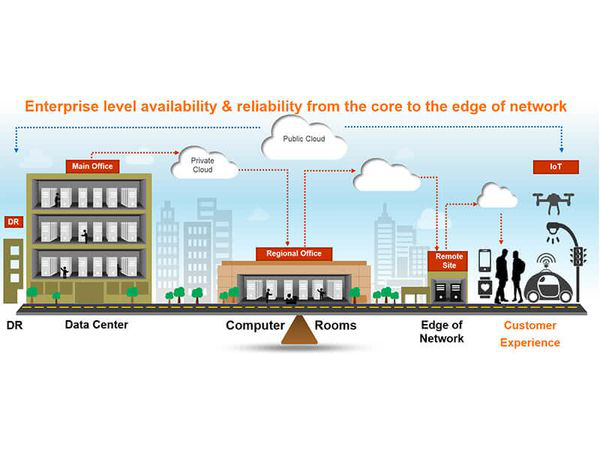 How does the edge network relocate the data center?

Liu Yonghao, Chairman of New Hope: Now pig farming is not at all, you can use pig face recognition and blockchain to raise pigs