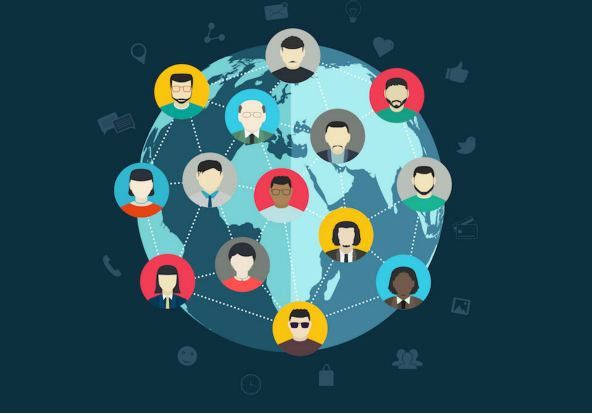 Since the emergence of DAO in 2016, decentralized autonomous organizations have deviated from people's attention. However, developments and experiments in this area have never stopped. In 2019, the support for DAO is becoming more and more obvious.

But the strongest signal that DAO appears may be that we are entering a "non-encrypted" world. For example, the UK-based Nexus Mutual is the first decentralized co-insurance company to operate as a cooperative and is driven by DAO. The policies they now issue are underwritten in smart contracts to cover the “other types” of risks that traditional insurers typically cover.

For example, in France, La Suite du Monde also plans to use DAO to manage its funding and planning. This project seems to be far from the city and the virtual encryption world. Its purpose is to provide land and financial and legal support to “imaginary communes” in the event of a possible collapse of industrial civilization, which is a local, resilient, independent, self-organizing cooperative.

From Prague to Curaçao, Athens and New York, new DAOs can be found everywhere, all of these projects have the same spirit of exploration and experimentation, the same desire to create a more equitable system, the same decentralized spirit, this Ethereum and The basis of the blockchain public chain. However, their goals and methods of operation are very diverse. This is what clarifies the actual meaning of DAO. 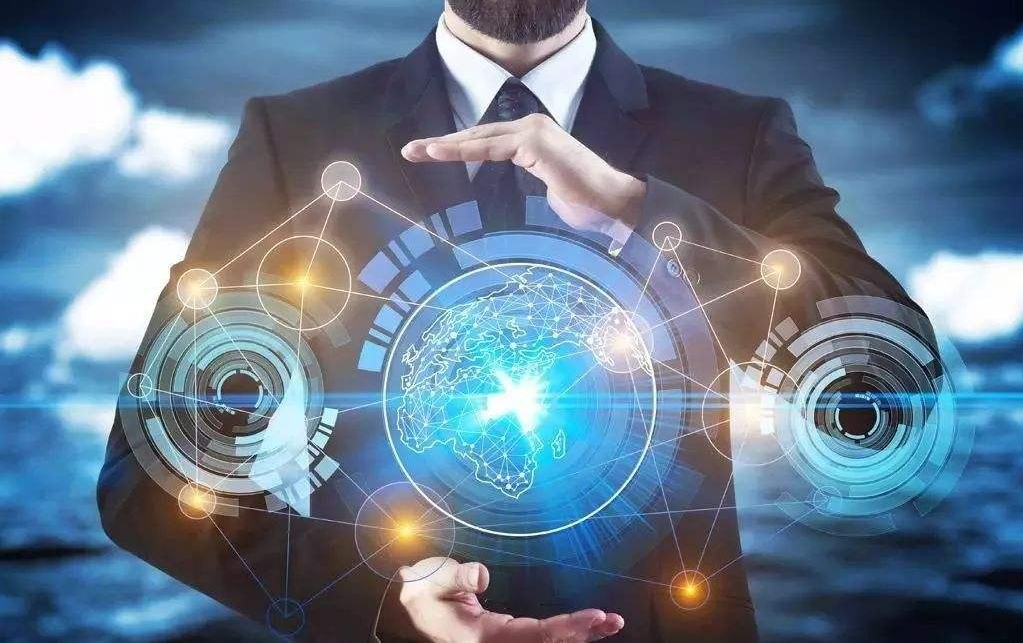 The basic feature of DAO is that their operating rules are programmed, which means that when the conditions specified in the software are met, the program is automatically enforced. This is different from traditional organizations, which must have guiding principles for interpretation and application.

For example, imagine an organization whose members wish to allocate funds to various projects through expert committees. For traditional organizations, once experts give their opinions, employees must take many steps to obtain funding, from the minutes of the drafting committee to sending instructions to the bank.

For DAO, as long as the committee approves, the funds will be transferred immediately, and nothing can stop it, whether it is internal stakeholders, third parties such as banks, or even public authorities.

In order for the automation and safe execution of operational rules to be effective, they must be run on a public, unlicensed blockchain (ie, a public chain), such as Ethereum. There are two main reasons for this:

(1) Traditional software cannot directly process funds. It can only send instructions to the financial intermediaries responsible for transferring funds. Using a common blockchain can place (encrypted) currency or other (encrypted) assets under the direct and exclusive control of the DAO, which acts as a working rule.

(2) Traditional software relies on the infrastructure of third-party operations. If these rules are written by applications running on the cloud, such as AWS or a company's servers, their execution depends on the cloud operator or IT department, which is prone to disruptions, errors, and externalities. influences.

DAO is autonomous because its rules are enforced automatically, no one can stop it, and no one can change it from the outside.

Decentralization can be understood in two different ways, which shows that the definitions of DAO are mutually conflicting:

1. DAO is decentralized because it runs on a decentralized infrastructure, a public, unlicensed blockchain (public chain) that cannot be controlled by a state or some other third party.

This definition echoes the autonomous concept described above. For example, Yalda Mousavinia defines DAO as "a company that operates under digital jurisdiction" without mentioning how the company is managed.

Similarly, Tim Bansemer points out that “DAO is a combination of smart contracts running on the underlying unlicensed blockchain (eg Ethereum) to form the organizational infrastructure.” There is also no mention of how power is distributed within the organization. .

2. DAO is decentralized because it is not organized around executives or shareholders, nor does it focus on them.

Matan Field believes that DAO must rely on a distributed governance system, which means that the exercise of power within the organization is central. The COALA think tank described the power structure of DAO as “heterogeneous”, that is, based on a cooperative mechanism of disobedience.

From this point of view, the novelty of DAO is that it can coordinate a large number of people, while avoiding the suppression of hierarchical structure, which makes them different from traditional organizations at the basic level.

These two views have become the main narrative around DAO. The first one can be called "fighting for freedom" and is perfectly explained by Aragon's promotional video of the same name. DAOstack's video perfectly conveys the second meaning, which can be called "the future of cooperation."

Finally, when considering the essential characteristics of DAO to be able to avoid being controlled by a third party (external (autonomous) or internal (decentralized), these two views can be seen as complementary.

The first self-proclaimed DAO was “The DAO”, which was created in 2016 to fund projects that will benefit Ethereum. The idea of ​​using DAOs instead of foundations or venture capital is in line with the decentralization spirit that the Ethereum community values. In fact, DAO is an investment fund whose decisions are made directly by investors rather than being delegated to a dedicated manager.

The concept of DAO was proposed by Dan Larimer (founder of EOS) in 2013. He coined the term “DAC” – a decentralized autonomous company. Dan Larimer likens Bitcoin to a company whose shareholders are Bitcoin holders and whose employees are miners.

In the same year, Vitalik Buterin (founder of Ethereum) explained this concept in depth by describing how a company works without a manager. Business automation is often seen as a process of replacing low-skilled people with robots or computers, allowing more qualified employees to control. However, Vitalik made the opposite suggestion of replacing management with a software technology that recruits and pays people to perform tasks that help the company's mission.

This software technology can even pay a cloud service provider to get a computer that can operate, independent of any particular infrastructure. Of course, it's important to make sure that the technology is not stolen and not compromised by third parties, making it an autonomous and decentralized technology.

3. From organization to organism 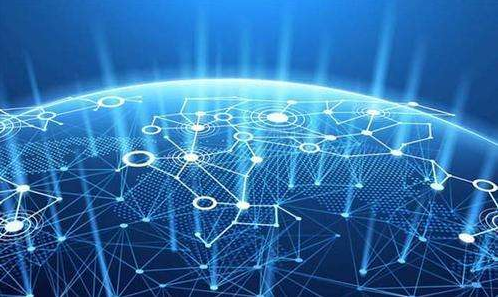 “DAO” clearly reveals something broader than the typical definition of “organization”—a social group that brings people together and works toward a common goal. Therefore, Vitalik defines DAO as "an entity that lives on the network and exists independently, but also relies heavily on people to perform certain tasks that it cannot do on its own." Richard Burton even more clearly said: "DAO is a peculiar way, it is a digital system that lives on Ethereum."

Essentially, we are talking about an entity that performs organizational functions, and it seems to be rarely related to these terms:

Tezos is a public chain that integrates the operations required to modify itself in a protocol to make it adaptive. The modification is proposed and voted by the holder of the blockchain token according to the process controlled by the Tezos code, and the process itself can be modified according to the same process.

Dash is a public chain whose code assigns a portion of a block reward (usually used to pay for financial transactions to verify transaction work) to a budget managed by a network member to fund technology development and promotion actions that are useful to the project.

Aragon Network supports the creation of hundreds of DAOs, which provide a platform to run DAOs and applications (by tokens for budget management, voting, financing, etc.) and provide a decentralized jurisdiction (Aragon Court) to resolve Conflict between DAOs.

Plantoid is an electromechanical device that mimics the appearance of plants. It is self-sustaining and can even replicate itself by working with sponsors and artists.

Nexus Mutual is a company that provides joint insurance services to its members and does not require the company to handle management tasks. Premium management and claims processing are automated through smart contracts, and smart contracts can directly coordinate interactions with policyholders.

The goal of Terra0 is to increase the economic productivity of the forest (selling timber) so that it can repay the debt of the person who originally purchased the land. Once these debts are paid off, the forest can use its resources to expand by buying more land.

The Pocket Network is an application programming interface (API) that allows access to the public chain through a decentralized network. Its DAO has the potential to transfer decision-making power over code evolution and program financing to communities (developers and network node operators).

The Pando Network is a version control system (VCS) that converts each code repository (including the Pando repository itself) into DAO by providing services for contribution tracking, reputation management, and governance.

MakerDAO is a protocol for creating synthetic stable currency (DAI) whose parameters are controlled by the holder of the Network Governance Token (MKR).

dxDAO is a DAO for managing DutchX, which is a decentralized trading agreement for Ethereum. Like MakerDAO, the community can decide how the DutchX protocol will evolve. In addition, communities can introduce new mechanisms to create a protocol infrastructure to support decentralized funding.

Let us temporarily forget the image of a private company or public administration that the word “organization” usually makes people think of. Like any organization, DAO is a tool for coordinating human activities.

In addition to their sheer diversity, they also exhibit a key similar feature: the ability to promote collective management of common products, including cultural and immaterial works, natural resources, economic and industrial production, and social institutions.

Fire coins will freeze US user accounts on November 13th

Podcast host Trace Mayer: Bitcoin will reach $21,000 at the end of the year