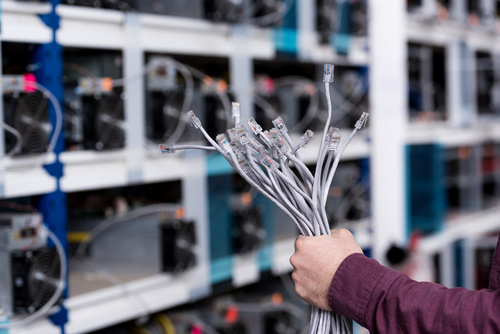 On April 8, the National Development and Reform Commission issued the “Guidance Catalogue for Industrial Structure Adjustment (2019, Draft for Soliciting Opinions)”, and listed “virtual currency mining activities” as industries that have been explicitly eliminated or immediately eliminated by national industrial policies.

For a time, some people are happy that someone is jealous. The domestic miners were uneasy about the document that was consulted by the national ministry. The miners who went out to sea were secretly happy for their early layout.

What impact will this document have and how should domestic practitioners respond? Odaily Planet Daily interviewed Liu Chang, director of the Blockchain Economic Research Center of Chongqing Technology and Business University, and the Iranian mine owner, and integrated other sounds on the market to make a multi-dimensional interpretation for everyone.

There will be no impact in the short term

First, there is no significant impact on the overall development of the cryptocurrency. "The supply of password money is constant, and its price is not affected by its cost." Liu Chang said.

Secondly, there will be no immediate large-scale retreat and shutdown. “There is a process for the draft of the consultation draft to go to the implementation stage and the implementation phase. The period of industrial elimination is also longer, at least three years.” Chen Lei , secretary-general of the blockchain club of Peking University and also a mine owner, told the media. .

Yifan also agrees with this point of view. "Mining is originally a gray industry in China. If the document is not banned, it will take time and flexibility to deal with it. This draft of the consultation draft will take half a year after the official version, and it will be executed for half a year, waiting for six months. The document will not have any actual impact for the time being, and it may be exploited by people at most. But the long-term will certainly have an impact."

Third, after the implementation of the prohibition? The choice of local governments is still very large.

Falling into the implementation, Chen Lei said that some industry elimination will be promoted by the will of the state, but it will not happen in mining.

Previously, the state had carried out a sports rectification of high-polluting and energy-intensive industries such as the Beijing-Tianjin iron and steel industry and the Shanxi coal industry. It is characterized by high pollution, large industrial scale and added value, involving a large number of employed people and a wide range of influence. However, the mining industry mainly uses idle electricity and no pollution. The scale is small and scattered. The population is extremely small and the impact is small. From all aspects, the possibility of country-led rectification is very low. If there is no uniform top-to-bottom deployment requirement, the local government will mainly look at how to use this red line. It can be a knife-killing or a plus-income increase.

Of course, there are also pessimistic views.

Liu Chang believes that local governments will attach great importance to the direction of industrial policy from a political level, thus inhibiting the mining industry.

An anonymous commentator (let's call him an old K) also said that the "Industrial Structure Adjustment Guidance Catalogue" category is divided into encouragement, restriction, and elimination. Encourage the class is not extravagant. If it is a restricted class, it can also hit the ball, but the elimination class is very clear, that is, it will make you unable to survive. This matter, as long as there is no big reversal, the end is a one-end end.

Negative impact in the long run

Yifan said that in the long run, the expansion of the scale of miners with government resources will be hindered because of the big winds.

“The most damaged is the poor areas with abundant domestic power resources but difficult to export.” Liu Chang believes.

Old K lamented, I don’t know if it will be another regret after watching China’s advantage of bitcoin trading first and mining first, and handing it over to other countries.

"From this perspective (damaging the domestic mining industry, which is conducive to the rapid growth of other countries), the NDRC's policy is unwise. They are acting according to the established guidelines and lack a full understanding of the cryptographic economy." Liu Chang said.

How do practitioners respond?

For this issue, the industry generally believes that the strategic significance of some overseas resources will be more prominent.

"From the beginning of the '9th and 4th', the eyes of the practitioners of the currency circle should not focus on the domestic business. So now many projects that rely entirely on domestic players to participate, the subsequent survival space is worrying. You should never be lucky. Just like talking to you about the first time a domestic violence occurs, the only thing you can do is to leave him." Old K said.

So, is this restrictive attitude starting to benefit the mines/miners who go out to sea? The sails in Iran do not think so. The main reason is that he is not optimistic that this policy can be smoothly and better implemented. Of course, there has been no wave of seeing the sea in the market.

Of course, there is also a little comfort.

The computing power is more decentralized. "A group of people from foreign communities every day have a lot of control over China. After this time, this mine may be ruled out." Old K said.

Secondly, some insiders judge that this document is likely to block new entrants, and miners with government resources will become vested interests as long as they maintain good relationships. By then, with some miners being banned and newcomers unable to enter the market, the miners who are still able to stay in the network are expected to increase their revenue. And, compared to miners elsewhere, they get cheap, large-scale and more reliable electricity.

In addition, this list is still in the consultation stage, and the consultation date is until May 7. Relevant units and individuals may also go to the official website of the National Development and Reform Commission ( http://www.ndrc.gov.cn ) to fill out the feedback form and file an objection. But the old K couldn't help but break a cold water: "In theory, before the end of the solicitation, there is a turnaround before the official document is released. But this is theoretically, at least in my feelings, hope."

Is there a possibility of domestic supervision in the mining industry?

Li Risheng, CEO of Minebank, a computing power asset allocation platform, believes that mines are difficult to comply with. "If you want to comply with the regulations, you must have the "national team" such as the government and central enterprises to do this (that is, most people may not have to play). Because using RMB to invest in mining, you can exchange it for Bitcoin and convert it into US dollars. For the anti-US policy risk, it is undoubtedly a strategic reserve, just like the missile, oil and other industries. If it rises to this level, it must be placed in the hands of the state."

Zheng Teng, CEO of the Hash Times, a comprehensive service platform for mining machines, believes that there are several problems in the supervision of the mining circle.

The biggest problem is that which department is responsible for the management is not clear, and the letter committee, the Electricity Regulatory Bureau, the tax bureau, the central bank, and the mutual fund office seem to have some links.

Secondly, how to prevent people from using mining to evade taxes or even laundering is still not possible to supervise. Because the coins produced by mining are clean and can flow globally, it is difficult to trace the source of funds and thus become a gray area. To be compliant, these processes must be regulated. We have actually imagined that because the monitoring of the legal currency can be done, then starting from this block may prevent illegal income from flowing into the mining industry to meet the regulatory needs. There may be hope for compliance.