Yesterday, a friend asked me that most of the big V were short-sighted and asked me what I thought. Hey, as a big leek, I have recently had very poor control over the market details, frequent mistakes, simply giving up, and I don’t wait.

Until around 20 o'clock yesterday, I was in the community to communicate with my friends. I told everyone, to be honest, when the market is in some extreme mood, I feel very scared. This is an intuition for many years. Nothing makes sense. Mixed to our mentality, there has been no long time, for the market, the ups and downs are normal, it is strange to not rise or fall.

The market should be long and short, just like a battle. If the shorts are hit, they suddenly find that there is no opponent. What will the market do? No one can predict, but at this time, the rebound is a high probability event. We only need to wait for the signal of the operation to appear, we can go up.

Market analysis: the short-selling of mainstream varieties can shrink, and the rebound is approaching

Tracking the recent disk, we take Ethereum (ETH) as an example: ETH saw the rebound high point of this round from June 27, near 370, all the way down to the lowest 190 around July 17, a drop of nearly 50%, which is the mainstream of this round of relatively large decline. One thing to note is that in the process of falling, the first stage is heavy-duty, indicating that there is funds, which may be the previous set-up, or it may be a messy idle profit. However, the amount of energy is not abnormally enlarged, showing that there is no panic selling, and the chip lock is good.

In the second stage, that is, the time period of the second yellow box, the quantity can continue to shrink, indicating that the short-selling power has failed, and it has shrunk to the extreme last night. When it comes to the problem of quantity and energy, when I think about it, it is even the exchange’s fraud. That is also to add natural trading volume on a certain basis, the shape comparison of the same period has certain reference significance.

In addition, it should be noted that the BTC only fell by 30% during the same period, while the ETH fell relatively large. There was no decent rebound during the decline, and other varieties were similar.

In addition, judging from the fundamentals, ETH, BTC, and even the entire currency circle have sporadic benefits, but everyone ignores it. For example, Morgan founder Pompliano said in Twitter that US GDP grew by 3.1% in the last quarter and GDP growth of 2.1% this quarter. The economic slowdown only means one thing – cut interest rates and print money! Both are rocket fuel that they provide to Bitcoin.

Regarding this issue, I have previously emphasized that once the inflation situation is formed, it will be difficult to extinguish it soon, which creates an excellent rebound background for both gold and bitcoin.

Another point, what I want to emphasize is the attitude of the US imperialism. The friends who have the heart will find that the US regulators have been very active in recent big moves. Recently, there have been reports that the SEC sent a blank to the Pocketful of Quarters (PoQ). The action objection letter allows the company to issue the game tokens in the Ethereum blockchain and sell the tokens.

In addition, this Friday, the US Internal Revenue Service (IRS) announced on Friday that it has begun writing letters to taxpayers, suggesting that they pay back any taxes that may be outstanding, or submit a revised return for the assets they hold. This fully demonstrates the determination of the United States to incorporate digital currency into regulation and policy liberalization. These are all long rebounds, providing an excellent imagination.

Trading ideas: the actual idea must be the only criterion for operating the "signal"

From a technical point of view, no matter how long or short, you can't build on feelings and predictions.

Instead, wait for the signal. Only when the signal appears can we operate.

According to my observation, the market is mostly out of entanglement and entanglement. The real pull-up and breakthrough are very short-lived. That is to say, most of the time there is no direction, from the perspective of prediction and analysis. The language is not surprisingly endless, but from the time of trading, we must respect the market, the signal is subject to the standard, of course, the signal is sometimes fake, this time, we only need to control the success rate, so, in my opinion Any operation based on predictions is basically gambling. At least, the big probability is. Especially the currency circle, the change is too fast.

So what is the signal? Or take ETH as an example, the so-called signal, or this is the case, after adjustment, an upward breakthrough: Either a downward break through Changyang, the latter is broken and weak: Therefore, in the same position, in the heart of the bear, it is the second, the idea of ​​the bull, the first map, simply tangled and long, will fall into the trap of self logic.

At this time, the only thing we need is to wait for the signal. For example, if we chase a girl, if a girl doesn't respond, you will chase it. It may be hacked. Only when you wink, you will have a high probability of success. . This is the meaning of the signal. Instead of being entangled in more or more empty, falling into emotional emotions.

From the perspective of actual trading, the analyst's thinking is the sense of disk (combat experience) + technology, and operations and transactions must be objective enough. Market-oriented, focus on key support belts.

The first line of 220 is the breakthrough point of the key pressure belt. From the perspective of the form, the signal is already in existence, that is, the breakthrough of the yellow circle is the daily signal, which is relatively strong, but the 220-line in the morning formed a key pressure zone, breaking through. At this pressure point, there is a strong pressure band up 20-250. However, from the point of view of contract operation, 200 knives to 250 knives are also 20% profitable enough for operation.

In addition, in the process of judging the signal, the volume is a very important observation point. In many cases, the volume is not deceiving. There is a volume, indicating that someone is entering. In the investment, the long position is proved. No? Taking ETH as an example, the pressure is 220, and the single breakthrough of 220, even if it is only 3 knives, is also very symbolic. My master often said that the amount should be carved and the price should be fine. This is what it means.

Finally, let me talk about this round of market, I judge the rebound of this point, first look at the 20% range, focus on the variety, BCH, ETH, EOS may be the pioneer of the rebound, we each seize.

The article comes from the public number: Bai said blockchain [copyright statement: the article copyright is all said to be in the blockchain, without permission, reprint is prohibited]

Thunder: The big step is to transform to the blockchain, but commercialization is still a problem.

Gavin Wood: The Kusama test network will not evolve into the main network and will be parallel to the Polkadot main network. 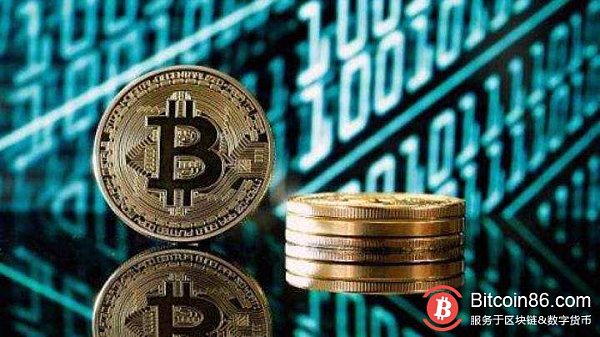