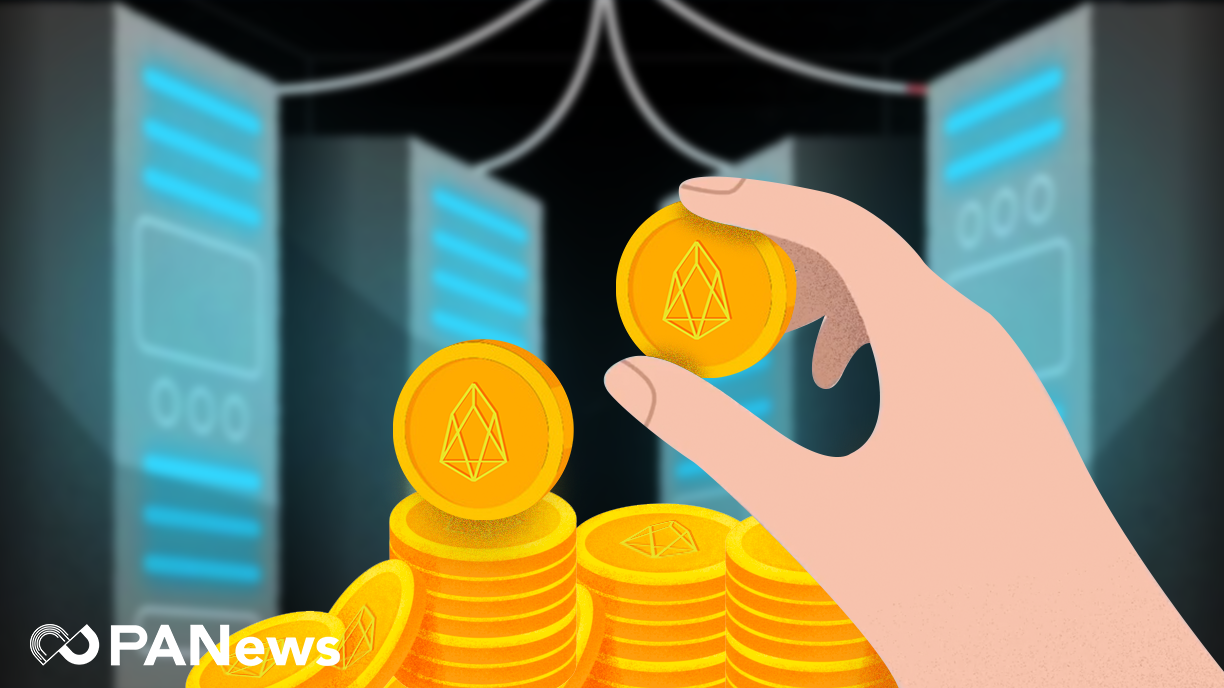 EOS is the most well-known project in the PoS consensus mechanism. With the rise of Staking this year, the management of EOS super nodes has also received much attention. What are the current SuperNode teams? How many tickets do I need to become a super node? How many rewards can I get? To what extent is the node campaign fierce?

PAData will give a glimpse of the ecological status of the EOS super node through data, and provide reference for the current campaign of many public chains.

The EOS super node is profitable.

The consensus mechanism of EOS is the derivation mechanism DPoS of PoS. Under this mechanism, every 126 blocks (about 63 seconds), the 21 nodes with the most votes of the candidate nodes will become super nodes. Super nodes receive bonus grants through the round-out block and maintenance network.

PAData observed the super node account displayed on EOSX for several days and found that the current EOS super node pattern is basically stable, that is, these 21 super nodes are in the near future, and 13 of them are found by Chinese people (excluding Chinese). ), occupying half of the country, in addition, Singapore and the United States each has two nodes selected as super nodes.

Although the EOS obtains the top 100 votes of the holders of the money-bearing users, the gains can be obtained according to the number of votes, but the income gap between the 21 super nodes and the candidate nodes is clearly demarcated. The 21st super node helloeoscnbp receives about 773 EOS rewards per day, while the 22nd candidate node eosliquideos can only get about 438 EOS rewards per day. However, the reward was 43.3% less and the number of votes was only 0.03% less.

This also reflects an interesting phenomenon from the side, the pattern of EOS super nodes is basically stable, but the competition is still fierce, especially for those teams that are between the super node and the candidate nodes, in order to get more votes, I am afraid that the operating cost will not be paid less than the super node, but if the super node is not selected for a long time, then the survival pressure they face will be relatively large. 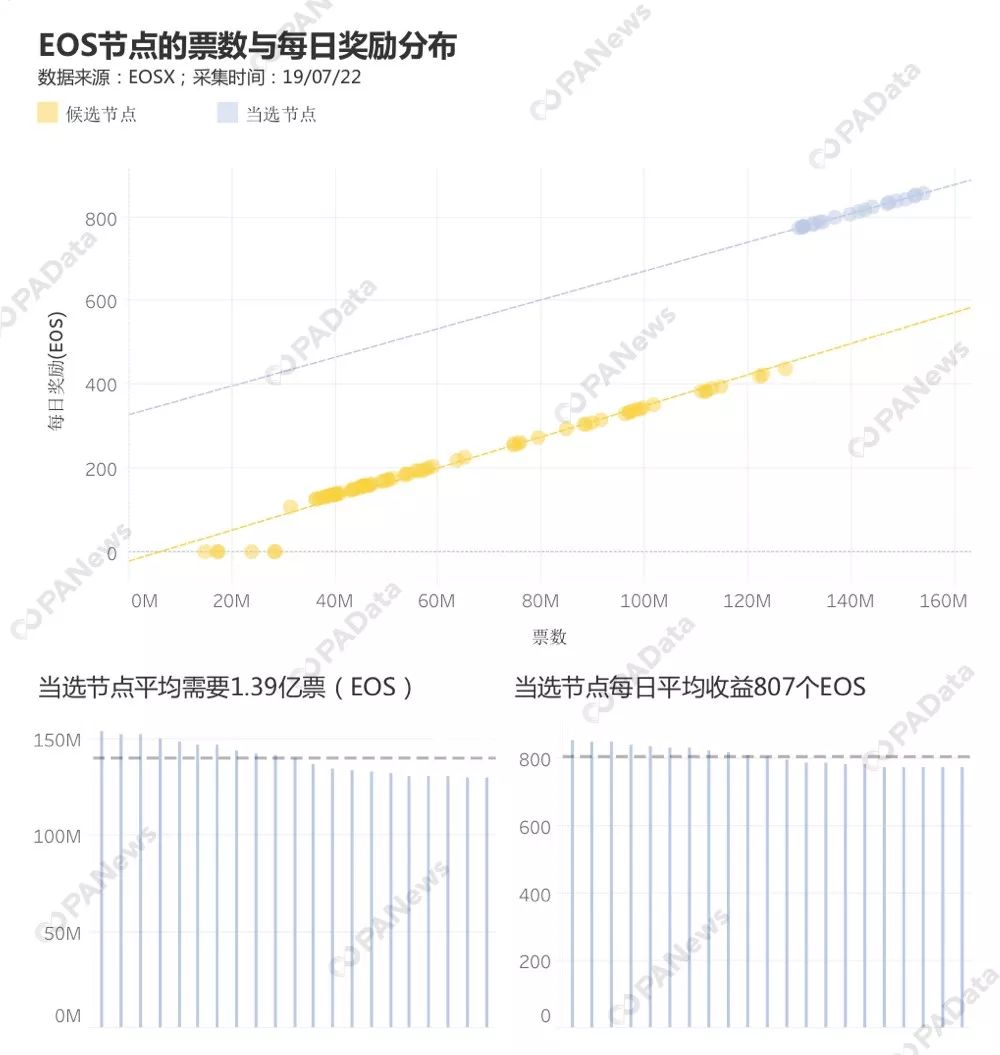 According to EOSX statistics, as of July 22, the average super node that wants to become EOS needs to receive 139 million votes, and the highest ranked big.one has received 154 million votes. The average daily reward earned after becoming a super node is approximately 807 EOS, which is converted at a price of $4.50, which is equivalent to a daily profit of $3,631, an annualized value of approximately $1,235,500, while the candidate node's profit is lower.

Compared to the mainstream exchanges, the daily profit is easily over $10,000, and operating super nodes is not so profitable. But operating nodes are often not the only business of these super-node teams. These teams also involve other businesses such as exchanges, decentralized exchanges DEX, DApps, wallets, underlying technologies, incubation, resource leasing, and more. 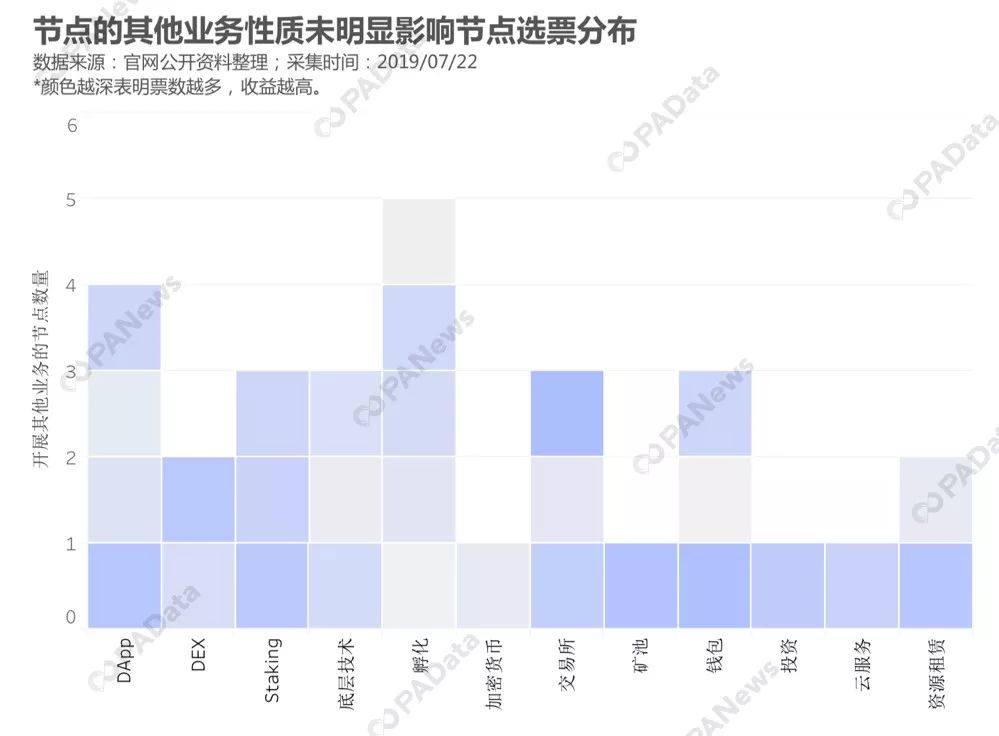 It is worth mentioning that atticlabeosb and eosasia11111 are the two most promising nodes among the 21 super nodes. In addition to node operations, they also involve three types of services. The former lays out Staking, wallet and DApp, while the latter lays out DApp, cryptocurrency and resource leasing.

In fact, the other business nature of the super node does not affect the vote distribution of the node. It is generally believed that the traffic services such as wallets, exchanges, and mining pools closely related to Staking do not bring more votes to these nodes.

Is the node campaign more than community influence or channel advantage? 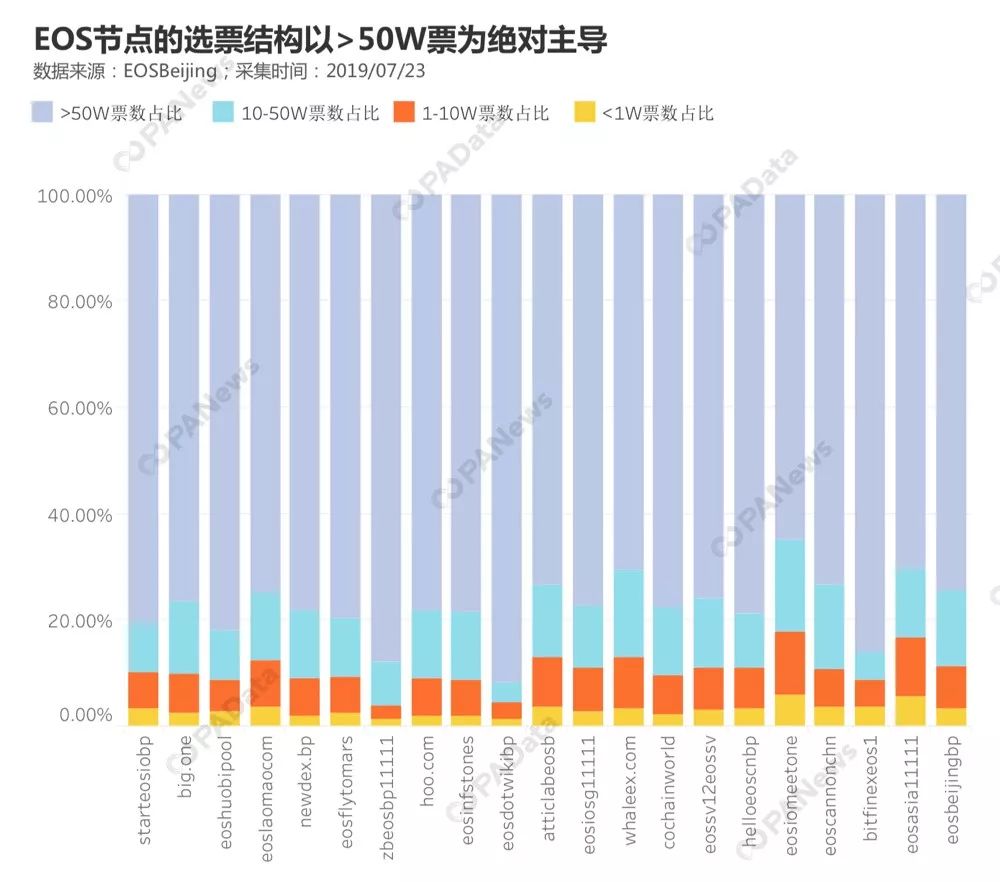 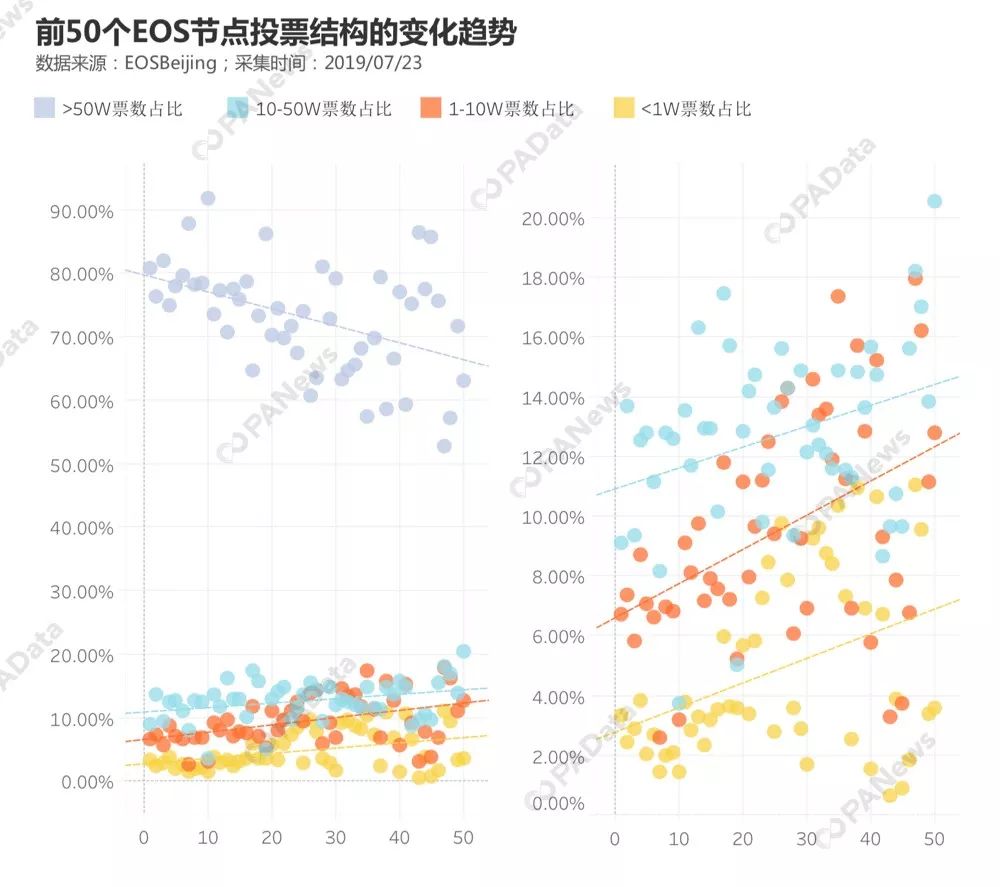 These accounts with more than 500,000 votes may be owned by individuals or by companies that provide Staking services, but the two are relatively comparable. It can be seen that the current node campaign is more than the community influence, but rather the channel cooperation advantage than the node. .

Node campaign is just a…

Zhang Laiwu: Blockchain is the triple helix operation of technology, science and scene

The data shows that Brazilian bitcoin has a daily turnover of over 100,000 pieces, breaking the Latin American record.