In media reports, altcoin is usually a general term for currencies other than Bitcoin.

Ethereum is the biggest "king" in addition to Bitcoin, and is a pioneering project in the era of blockchain 2.0. Now that Ethereum is about to enter its 2.0 stage, it will make some major changes to the current Ethereum 1.0 chain, providing the world with a more easy to use programmable currency.

In the minds of many investors, Ethereum is no longer a altcoin. Cryptographic currency trader SFOX also said that classifying Ethereum as "altcoin" may no longer be accurate.

The specific reason is that the SFOX report shows that the correlation between Bitcoin and ETH is currently significantly higher than that between other mainstream altcoins, that is, Ethereum has moved away from the track of the altcoin and then approached Bitcoin, and This has been the case throughout July. 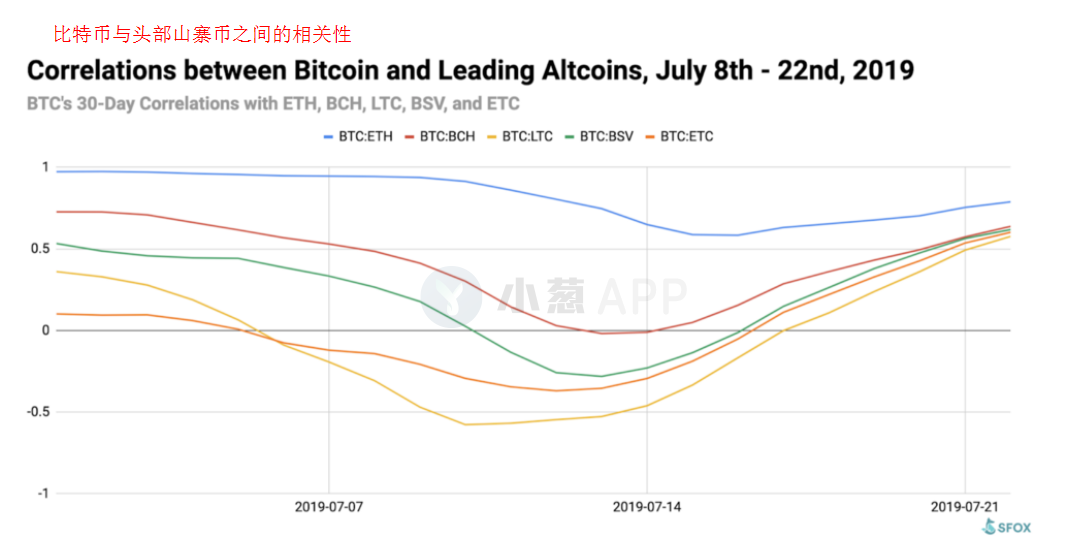 In addition, as a blockchain project, Ethereum is being recognized by the public as an asset in its own independent position. Like Bitcoin, it is no longer suitable for inclusion in the form of altcoin.

Internet researcher Jana's research report in April last year showed that in India, Ethereum's search volume accounted for 34.4% of the total search volume, and Bitcoin accounted for 29.9% of the second place. The data shows that the attention of the Indian people to Ethereum has surpassed Bitcoin.

Report: By 2025, blockchain valuations in the energy market can reach $3 billion