If you want to evaluate which department in the United States is the most deterrent, many people will think of the FBI in the first reaction. But in fact, the more powerful than the FBI is the IRS of the US Internal Revenue Service . Not only the ordinary people, but even the gangsters and drug dealers who are extremely wicked are afraid to provoke it.

However, it seems that the currency circle that the gossip can't beat has recently been completely stared by the IRS.

Last weekend, a large number of US currency respondents reported that they received a warning letter from the IRS asking them to report their cryptocurrency transactions and pay taxes, interest and fines correctly. In the letter: We know that you have one or several virtual currency trading accounts that may not be taxed as required.

At the same time, the IRS pointed out in the announcement that before the end of August this year, it would send letters to 10,000 cryptocurrency investors in the United States.

I believe that in the next month or so, the US currency will look up the mailbox every other day, lest they be the one who is "squatting". If the tax is not paid as required, it will face a fine from the IRS, but will be sent to prison by the rescuing IRS.

In fact, a long time ago, IRS wanted to "sell a penny" from Bitcoin.

In March 2014, when the market value of the entire cryptocurrency was only 6 billion, the IRS determined that “bitcoin is an asset” and that it would also be taxed when using it for payment and other activities.

Since then, the IRS has sharpened its head and wants to tax Bitcoin, although there has been no significant progress in the next two or three years.

Until November 2016, it was eyeing Coinbase, the US legal exchange, and directly ordered it to hand over user records for the purchase of Bitcoin between 2013 and 2015. In addition, IRS has signed a contract with blockchain analysis company Chainalysis to try to link bitcoin transactions to real user information.

As soon as the news came out, the entire currency circle was angry at the "violent threat" of the IRS. This tough style is simply stealing money.

Not only the currency investors, but even Coinbase did not want to meet the unreasonable demands of this process, they filed a lawsuit against the court on the grounds that the move involved revealing the privacy of the user.

After a year of tug-of-war, Coinbase eventually lost to the IRS. In December 2017, the judge ordered Coinbase to disclose specific information to 14,000 users to the IRS, including the taxpayer's identification number, name, date of birth, address and transaction history.

It is said that the only certainty in life is death and taxation. Since then, bitcoin has been far from the function of tax avoidance in the United States. After all, no one dares to offend IRS. 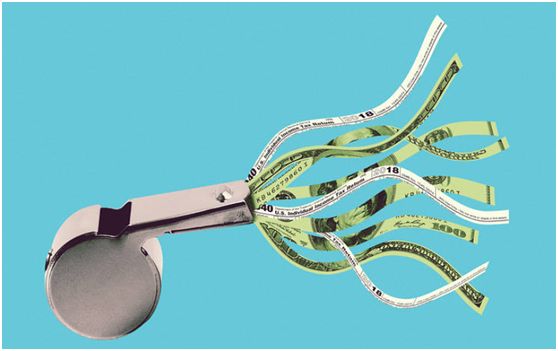 Investors who are paying taxes are forced to refer to the tax policy issued by the 2014 IRS:

According to the tax policy issued by the IRS in 2014, when consumers hold Bitcoin for less than one year, the proceeds will be used as short-term capital gains, which is the same as the ordinary income tax rate, which may be as high as 39%;

When held for more than one year, the profits will be treated as long-term capital gains, with a low tax rate ranging from 0 to 20%.

To put it simply, the longer the currency is held, the lower the tax will be paid.

However, this regulation is limited to holders of money, and the rules for paying taxes on futures, airdrops, and forked coins are not clear.

The IRS that won the stage victory did not quickly introduce a matching tax payment method. Instead, the US currency and the Legislative Yuan repeatedly called on the IRS to introduce new guidance.

When everyone was relieved of their vigilance, the IRS came back with a carbine. In July this year, it began to take action against those who did not correctly report income and taxes, and “educated” and warned them in the form of letters.

Last weekend, on the reddit forum and Twitter, there was a letter from the IRS. The warning letter is divided into three versions according to their severity : 6173, 6174 and 6174-A, where:

6174: means they know that you have cryptocurrency;

6174-A: It means that they believe that you have violated the law and have not paid taxes, and may initiate enforcement actions against you;

6173: It means they are convinced that you have violated the law and are beginning to hunt you.

Obviously, the IRS is really moving, and the behavior of accounting after the fall will last at least one month.

Those "honest people" who pay taxes on time are fine, but most investors have not paid much attention to this before. Everyone has asked about the way to pay taxes in the past few days, and even has to spend hundreds of dollars to pay for professional tax companies. Tax rules, calculate how much tax you have to pay.

Since the IRS announced last Friday to write to taxpayers, the price of Bitcoin fell from $10,130 to $9,450 in two days , and that the "bitcoin+IRS" Google search trend soared, it is difficult to say that the market turmoil and IRS The action is completely irrelevant.

Some people think that the short-term is bad, especially for the US domestic exchanges , investors will reduce the entry funds in order to avoid tax troubles, or directly choose peer-to-peer OTC transactions to avoid real identity being tracked by the IRS.

Some people think that this is good in the long run, just like Bitcoin Jesus said: "If IRS is trying to tax Bitcoin, it means that IRS seems to accept that Bitcoin may be used by mainstream people and institutions. "

As the world's largest cryptocurrency market, the US policy changes not only affect the price of the currency, but also may be used as a model for other countries. The global bitcoin tax is only just beginning.

Regardless of how the impact of the IRS is seen, there is no denying the fact that the centralized authority has put its tentacles into cryptocurrencies such as Bitcoin for a variety of reasons, and this will only increase in the future. And how to balance the "constraints" and "freedom" among them is a persistent problem.

Data: Bitcoin transactions on Coinbase accounted for up to 72% in the past 24 hours

Wan Min: Under the circumstances that blockchain can be used for credit crowdfunding in the future, dealing with human and social relations is a new topic