In the world of investment in the blockchain, there is an investment method that is recognized by the vast majority of people, that is, the currency, and it is the bitcoin.

The coin seems to be a politically correct thing. As long as there are novice friends who ask the blockchain industry, "I want to invest in digital currency to earn some money, what should I do?" The big probability that he gets a reply is this: Coin (or else it is to vote for Bitcoin). The coin seems to have become the investment method that is considered to be stable and not to lose, and the long-term yield is the highest.

Although I personally also pay for coins, I think we need to think more deeply about the issue of coins.

The coin is the belief of many people in the circle. It is the happiest thing for the coin party to see the increase in the number of bitcoins. However, if the behavior of the coin is to be established, it is based on a default premise: the price of bitcoin will continue to rise sharply for a very long time to come.

If bitcoin can really rise to 160 million yuan in the future, there is still a lot of room relative to the current price. It should be said that there are tens of thousands of times of space, then in this case, No brain coins are of course the most appropriate method. So can Bitcoin really reach 160 million yuan? What is the probability of achieving it? How big is the risk in the middle?

How does ahr999 get this number? According to his article "Getting off the train too early because the vision is too small":

So, how big is the global total stored value market? 7.7 + 90.4 × 92% + 217 × 20% = 134 trillion. The total amount of Bitcoin is only 21 million, and about 3 million are permanently lost. Considering the absolute advantage of Bitcoin stored value relative to gold, currency and real estate, each bitcoin will rise to $7.5 million, equivalent to 50 million yuan.

The coin itself is a good investment method, behind the concept of HODL, or in their words is the currency-based thinking. The question is: Is the long-term rise in Bitcoin really so certain? Is Bitcoin really as foolproof as we think? In the face of a rapidly changing world, can Bitcoin really win the world currency?

The three most common functions of the current currency: investment and financing, payment, and stored value, we discuss separately:

1. The investment and financing functions have been occupied by ETH.

At the earliest, the function of investment and financing was originally proprietary to Bitcoin. For example, the early projects of quantum chain financing were all BTC. If this financing function can be maintained until today, Bitcoin may be far from today's price.

However, due to various reasons, there are both external policy reasons and the development of Bitcoin itself. The investment and financing functions of Bitcoin were taken away by Ethereum, and later they were partially divided by EOS and BNB. It is very difficult for Bitcoin to recapture this market. Basically, there is no hope.

Some people may have questions. Bitcoin has basic stored value and payment functions. Do you really need to invest and finance these extra functions?

Similarly, a bitcoin that can only be stored or can only be paid is a bitcoin with limited functionality. It belongs to the "castrated version" of bitcoin , and its influence is far less than a fully functional bitcoin.

There is another layer of meaning behind this. Many of the functions of Bitcoin are not in the beginning. It is not designed by Satoshi Nakamoto at the beginning, but because the market environment is constantly changing, so the bit The currency also needs to constantly adapt to the market and make changes.

2. The payment function is slowly shrinking.

With the isolation of Bitcoin and the launch of the Lightning Network, Bitcoin's block size is basically limited to 1M in the short term, which means that only 3 to 4 transactions per second can be processed. If you generate more chain transactions under any circumstances, you can only do it in a competitive manner, which is simply a high commission and an endless wait.

Although it seems that the miners can get more benefits, the users get only trouble.

In 2017, some of my friends who came out of the game came in and wanted to buy a few bitcoins first. At that time, when Bitcoin trading was very congested, he bought some bitcoin on the exchange and wanted to go to the wallet store. After waiting for two or three days, he didn't arrive. He once thought that he had made a mistake because the amount was still relatively large, so he was very nervous at the time. Later, I helped him to look at it. The operation was correct, just congestion.

Many newcomers and friends have no faith in Bitcoin. They just entered the market just because they just heard about Bitcoin recently. They think that the rise of Bitcoin will bring him investment income. If Bitcoin “scares” him so much, and he finds that other digital currencies are still doing well, he will not hesitate to choose other digital currencies.

It can be expected that such a story will happen in the next round of bull market, and it will happen. The congestion in the next round of bull market bitcoin will only be more serious. It may be as true as Jiang Zaller Jiang’s total, it’s going to be a million yuan in handling fees. This kind of handling fee is definitely deformed, which is not conducive to payment. The development of the business.

At the same time, digital currencies such as BCH are actively promoting payment services, and rapid transfer and low cost have brought an excellent payment experience. This is why many vendors that previously accepted bitcoin payments have turned to BCH payments.

At the same time, in the field of payment, we still have to face the competition of stable currencies such as Libra and USDT. Many people think that the high volatility of BTC is not suitable for payment. Now it is easy to cover 1, 2 billion people with Libra. After the stable currency, BTC's payment market is slowly shrinking.

Ahr999 is the theory that bitcoin will reach 160 million yuan, that is, he uses the current value of the legal currency world to compare with the market value of bitcoin, which means that bitcoin should be a stored value tool by default. It is the only way to store value. All future wealth will be stored in the form of bitcoin. Even the wealth of the physical world will be transferred to Bitcoin.

In real life, gold also has no payment function, but it is well qualified for stored value. Of course, if you have to trade with gold, it is ok, you can trade through banks or commodity trading institutions, but the overall transaction volume is extremely low.

This is very consistent with the current positioning of Bitcoin. Although the 1M main chain has a bit of congestion, you can also pay more for the handling fee. Most people use Bitcoin to store their value, so that they don't need to expand, and they don't have to do so many subsequent innovations. The most important thing is to store value.

This kind of idea is quite beautiful, but everything is afraid of the case, in case the situation is not as you think?

Generally used to store value, the price will be relatively stable, but in the current price fluctuations of bitcoin, many people still expect to rely on it to achieve the stored value function, in fact, it is essentially regarded as an investment, think it Future prices will rise for a long time, or at least remain stable.

And for Bitcoin, the price can be ruled out for a long time. It is either a skyrocketing or a plunge, only in these two directions. If you expect Bitcoin to take on the stored value function, it is actually expected that the future price of Bitcoin will rise for a long time. After all, in the long run, the price drop is unable to store value.

At this time, you need to think clearly, what is your stored value, in essence, whether it is stored value or investment?

When the investment and financing functions of Bitcoin have been lost and the payment function has been shrinking, there may be only one path to achieve this goal, that is, relying on the stored value function to achieve price increase, and then relying on price increase to realize the stored value function, The cycle of stopping, and this, is already the concept of Ponzi scheme.

When your goal is to make a profit of 30%-50%, or even 3-5 times, the risks behind this may not be apparent. But when you target the target of 100,000 US dollars, 1 million US dollars or even 160 million yuan as they say, can you achieve your goal through the currency? This requires deep thinking, and the risks behind it need to be guarded. 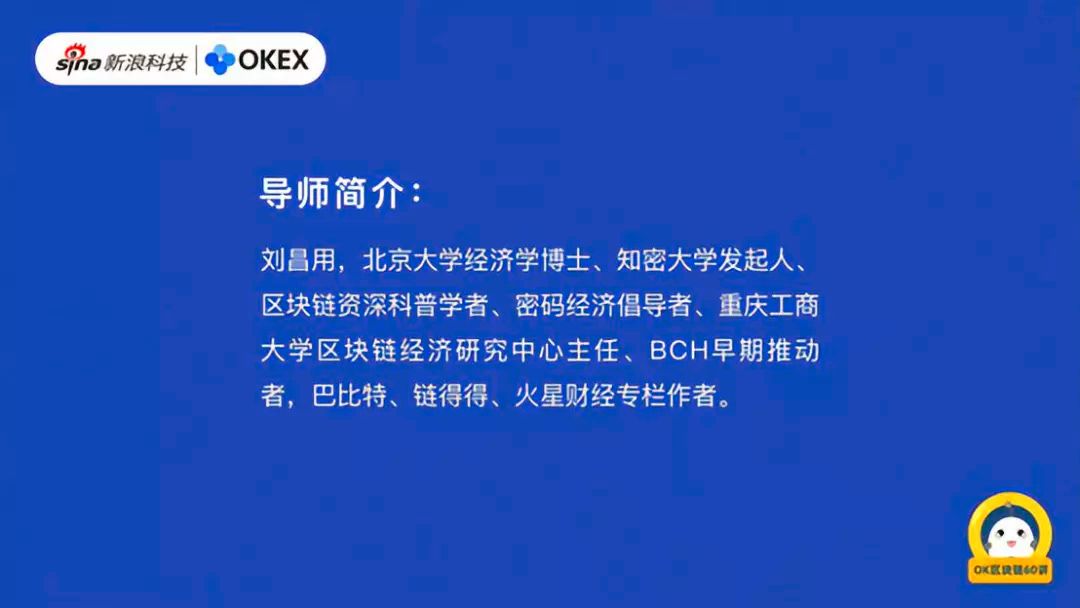 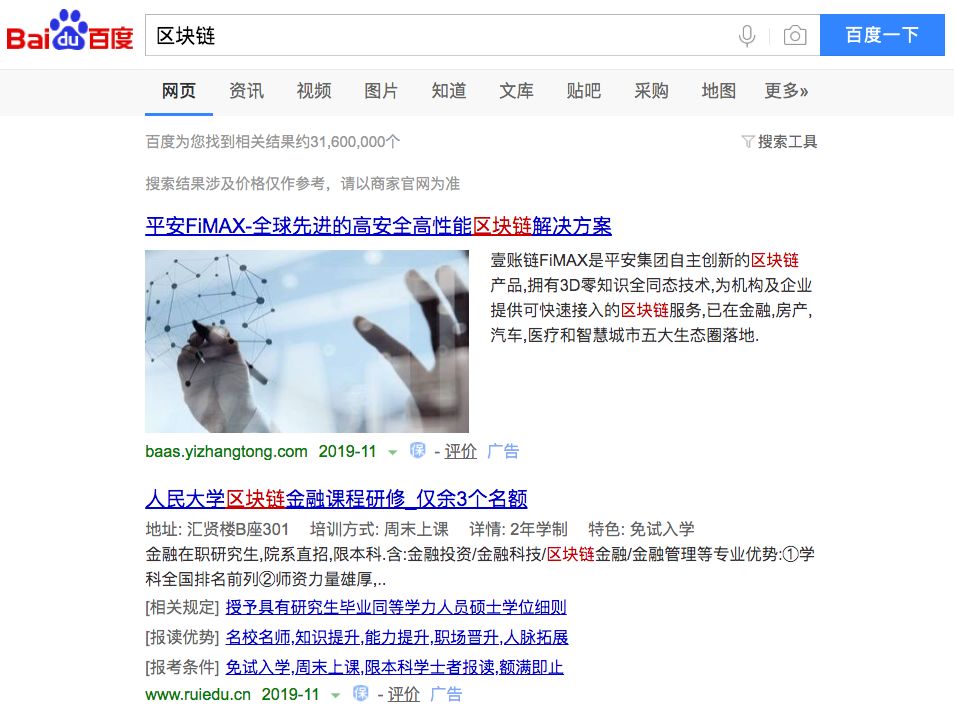