After Feng Xin, the actual controller of Stormwind Group, was charged, the group announced the first time that the business was not affected.

However, according to the 2018 annual report of Storm, its net loss for the whole year was 1.09 billion yuan. It has already fallen into a difficult business. Financing has become a self-rescue method for this listed company in recent years. Feng Xin fell on this occasion.

The storm that started in the PC player, released the "Baoyun Cloud" mining machine at the end of 2017, and entered the blockchain. Since then, Stormwind's share price has been trading for two consecutive trading days.

The good times are not long. With the mining reward points BFC being supervised by the name “disguised ICO”, ​​the project has not ended.

In addition to storms, traditional Internet companies such as Thunder, Renren, and Tianya Forum have tried to enter the blockchain industry. Supervision has always been a topic they cannot talk about.

For the Storm Group, the fate of the broadcast cloud may have been settled, but for some Internet elders, the regulatory storm facing the blockchain is still hovering.

On July 28, Feng Xin, the actual controller of Stormwind Group, was taken by the public security organs for compulsory crimes. Related matters are yet to be investigated further.

Regarding the reason for the accusation, Storm Group did not disclose too much in the announcement.

However, according to the First Financial Report, Feng Xin was charged this time, mainly involving Stormwind Group and Everbright Capital jointly launched the acquisition of British sports copyright company MPS in 2016. Feng Xin had bribes in the financing process of this project.

The MPS, which was valued at $1.4 billion in the year, was ordered to be liquidated by the British High Court in October 2018. The international acquisition ended in a losing streak.

The incident triggered a chain reaction, including nine MPS mergers and acquisitions including Feng Xin were charged. The reason is that this capital operation is not unrelated to the operational difficulties of the storm.

In 2016, in order to acquire MPS, Everbright Capital and Storm Group jointly established Shanghai Xiexin Investment Consulting Partnership (Limited Partnership) (referred to as “Xingxin Fund”). The fund brought LP giants such as China Merchants Bank and Huarui Bank to the storm. The blessing, and eventually mobilized 5.2 billion yuan to 260 million yuan, completed the acquisition of MPS.

No one thought that the acquisition, which was originally happy, ended in "bankruptcy." Feng Xin and the storm also fell in this capital movement.

In fact, before Feng Xin was taken compulsory measures, the storm system has begun to fall apart.

In May 2018, the Shenzhen Stock Exchange issued a letter of inquiry for the Storm Group's 2017 annual report, stating that the net cash flow generated by Storm Group's operating activities in 2017 was negative 493 million yuan, which has been negative for two consecutive years.

In addition to cash flow, the comprehensive profitability of Storm Group is equally worrying.

The market value of the storm has fallen more than 90% from the peak (Source: Eastern Fortune)

Stormwind Group has long been caught in a dilemma.

In the face of the state of affairs under the conditions of the day, Storm Group began to seek financing outside. According to the choice data, Feng Xin only pledges 12 times in the first half of 2017; in addition, the storm is also internalizing blood, madly chasing the market, from sports live, VR to blockchain, no one missed, but progress Not satisfactory.

In December 2017, Beijing Storm New Shadow, which participated in the storm, launched the “Baoyun Cloud” mining machine. The outside world will regard the advent of the broadcast cloud as a symbol of the blockchain field in the storm.

Functionally, the device allows users to download and play 4K videos, and bandwidth resources when idle can be shared to earn BFC points. BFC points can be redeemed for merchandise and third-party services in the points mall.

Through the east wind of the blockchain, the first batch of 2000 broadcast cool clouds sold out in 5 minutes, and the sales amount reached 10 million yuan. At that time, the stock price of Storm Group continued to limit for two consecutive trading days.

Limited by domestic regulations, Bian Cool Cloud worked hard on the Chinese official website to clarify the relationship between BFC points, mining and digital currency. “BFC points are not virtual currency, but a point system that uses blockchain technology.” However, on the overseas version of the broadcast cloud, the word "Bopocoin" is still used directly.

In January 2018, the Storm Group issued a notice saying that there is no control relationship between the storm and the new storm. The new storm is not a subsidiary of the company's consolidated financial statements.

However, the announcement also revealed that Stormwind Holdings Co., Ltd., controlled by Feng Xin, the actual controller of Stormwind, was a new shareholder of Stormwind and held a 9% stake in Stormwind. In other words, there is no complete separation between the Storm Group and the “Broad Cloud”.

As early as December 8, 2017, Storm Group published the first battle of the storm blockchain in its official WeChat, sending 10 broadcast clouds to buy the code! ", the article said that all BFC points are based entirely on blockchain technology for accounting, podcast cloud may be the most worthwhile blockchain mining machine.

The good times didn't last long, just after the Storm Group took the initiative to cut the money with the currency, it only lasted for a month, and the broadcast cloud was stopped by supervision.

On the evening of January 12, 2018, the China Mutual Gold Association issued the “Risk Tips on Preventing Disguised ICO Activities”, claiming that it was based on the “Announcement on Preventing the Risk of Subsidy Issuance Financing” issued by the central bank. ICO) acts suspected of illegal fund-raising, illegal issuance of securities, and illegal sale of tokens, and any organization or individual should immediately stop working for ICO. 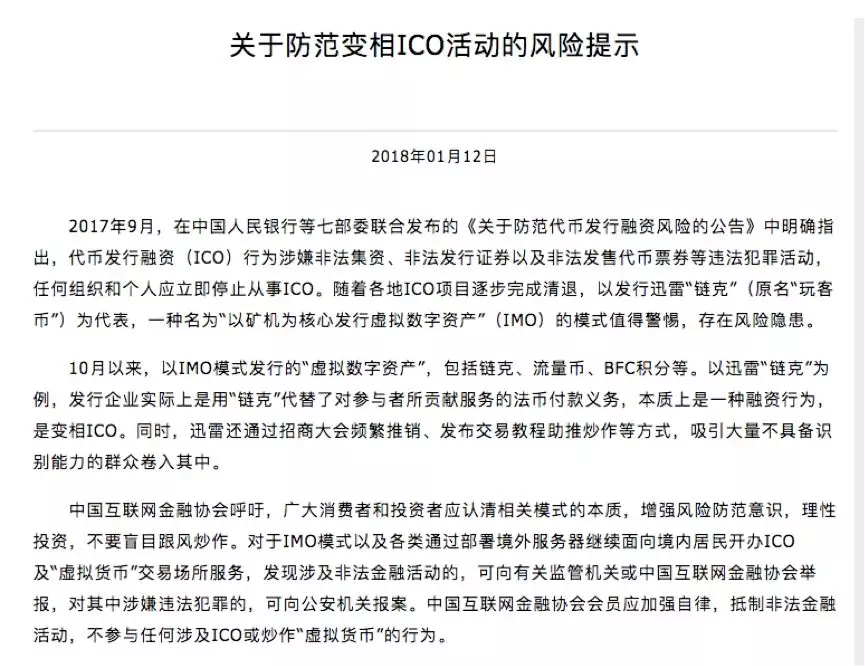 The Mutual Gold Association named BFC points in the risk warning, saying that “issuing tokens is essentially a financing act, and it is a disguised ICO”.

Three months later, BFC points (BOPO) landed on the BCEX exchange, the price of the currency plunged rapidly from the highest of 0.2 yuan, currently 0.00365 yuan, and the market capitalization is almost zero.

Internet "old" is difficult to grasp the blockchain "straw"

In fact, not only the storm family is chasing the wind, but in 2017, with bitcoin breaking through 20,000 US dollars, many Internet “old people” have thought of entering the blockchain, including well-known enterprises such as Tianya, Thunder and Renren.

On the list of risk warnings mentioned above, the name of the mutual gold association is also named by Thunder.

In August 2017, Thunder launched a private cloud disk "player cloud", drawing on the bitcoin POW algorithm, using the digital assets generated by the player cloud "mining" to play the coin, the total amount is 1.5 billion, and the output is reduced every 365 days. half. Two months later, the player cloud officially launched the "cloud disk mining" and player reward program.

In September 2018, Thunder sold the chain business to the operation of the New World Technology Group Corporation, officially cutting with the "coin". However, this did not escape the supervision review, and the chain business was quickly named by the regulator. Today, the LTK price is 0.5711 yuan, which is 93% lower than the historical high of 9 yuan.

Compared with the storms and thunder that successfully issued points or tokens, Renren’s experience is even more tragic.

On January 4, 2018, Renren.com released the "RRcoin White Paper", which claims to provide an open source blockchain platform for social networking – Renren Square and the establishment of the Renren Currency Foundation. Users, PGCs, developers, advertisers, platform parties, etc. can obtain or pay Renren currency in the system.

After only four days, according to the chain technology report, the regulatory authorities talked about Renren. The RRcoin project ended in private equity. Renren.com declined to comment on this.

Although Chen Yizhou, chairman and CEO of Renren Company, has publicly stated that “very optimistic about the application of blockchain technology”, but the lack of application scenarios, Renren.com can only let RRcoin die.

For Storm Group, the fate of “Broad Cloud” may have been settled; but for some Internet elders, the regulatory storm facing the blockchain is still hovering.

With the actual controller Feng Xin charged, a wave of unrest, a wave of up again, the storm was once again involved in the storm eye.

Do you think that the "dead" enterprise can save money?

Editor's Note: The original title is "The Storm" Sets Off the Storm 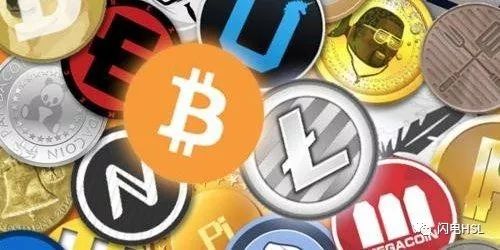