The Fed meeting, which has attracted much attention from the traditional financial market, officially entered the final 24-hour countdown. Will the interest rate cuts affect the digital money market? What kind of impact would it be if it would happen?

After the market debate for several months, as the Fed’s fifth meeting of interest rates officially entered the final 24-hour countdown phase, the market’s quarrel gradually subsided, and more and more people began to believe that the Fed’s first 10 years The rate cut is really coming. 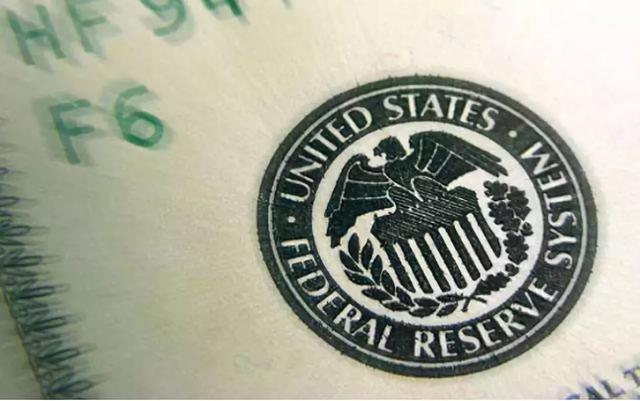 The last time the Fed cut interest rates will be traced back to December 2008. In the past ten years or so, the Fed has not carried out interest rate cuts. However, due to the external economic and trade environment, the global economy has been in a serious recession and inflation has exceeded the target range for a long time. The key factors have affected the signs of a recession in the US economy, and this has clearly led to the Fed’s vigilance. In recent months, the US inflation data and the 2% target have gradually drifted away, making the interest rate cut almost a have to do. select.

The impact of the potential major policy adjustment of the Federal Reserve on traditional financial markets is unquestionable. For the bitcoin that has never seen the Fed’s interest rate cuts since its birth, and the entire digital currency market, as the most in recent years, Concerned about the new and controversial investment targets, the "Fed" rate cut will have an impact on this young market. There is no precedent for this issue.

We may be fortunate to witness history, ushered in the "first in history" collision between the most influential central bank's monetary policy and the soon-to-be-married digital currency market.

The positive correlation between Bitcoin and gold has quietly reached a five-year high.

Since the birth of Bitcoin, it has been compared with gold because of its clear cap on the total amount and its strong value storage capacity, and it has been titled “Digital Gold”. However, in the first ten years since the birth of Bitcoin, its extremely high price volatility has been criticized by traditional financial markets, and its price fluctuations have not shown a strong positive correlation with gold, so although the bit The proponents of the currency have been emphasizing their ability to “change the world”. Indeed, more and more people have realized that this amount is limited because of the skyrocketing price of bitcoin in recent years, and the new investment target with its own deflationary property. However, its "safe haven" effect has not been convincing enough.

Considering that the Fed’s monetary policy changes for the traditional financial market, the direct impact of the target is actually the US dollar index, which is more common in the impact of foreign exchange, stock bonds, precious metals and other commodities. Above the kinetic energy transmission, if the digital currency market represented by Bitcoin cannot directly link with the traditional large-scale assets mentioned above, then the Fed’s another rate cut in the next decade will have an impact on the digital currency, but After doing a correlation analysis between Bitcoin and several representative assets, the author found some "facts" that are not consistent with the traditional concept. 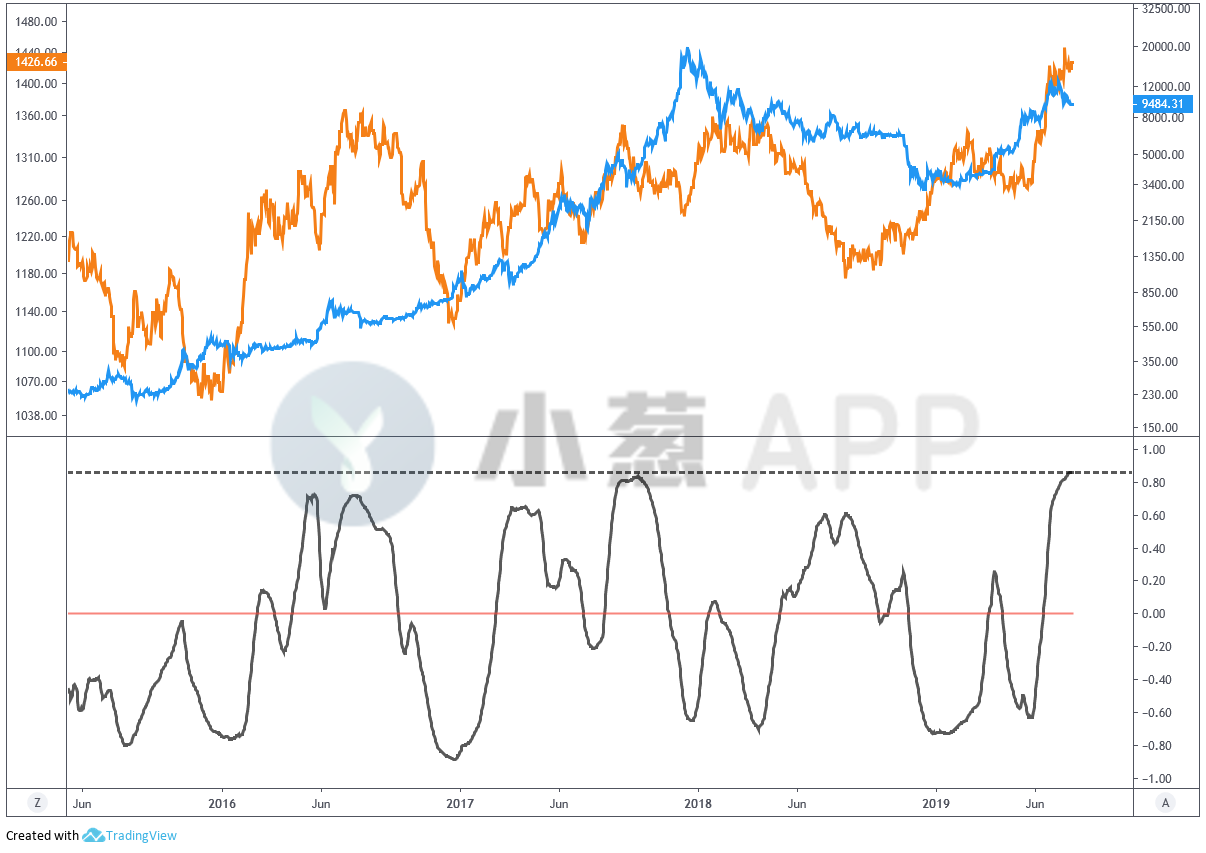 In order to verify whether there is some contingency in this correlation performance, the author has observed the correlation between Bitcoin and the US dollar index and the two traditional safe-haven assets of the Japanese yen and the Swiss franc. The results are as follows: 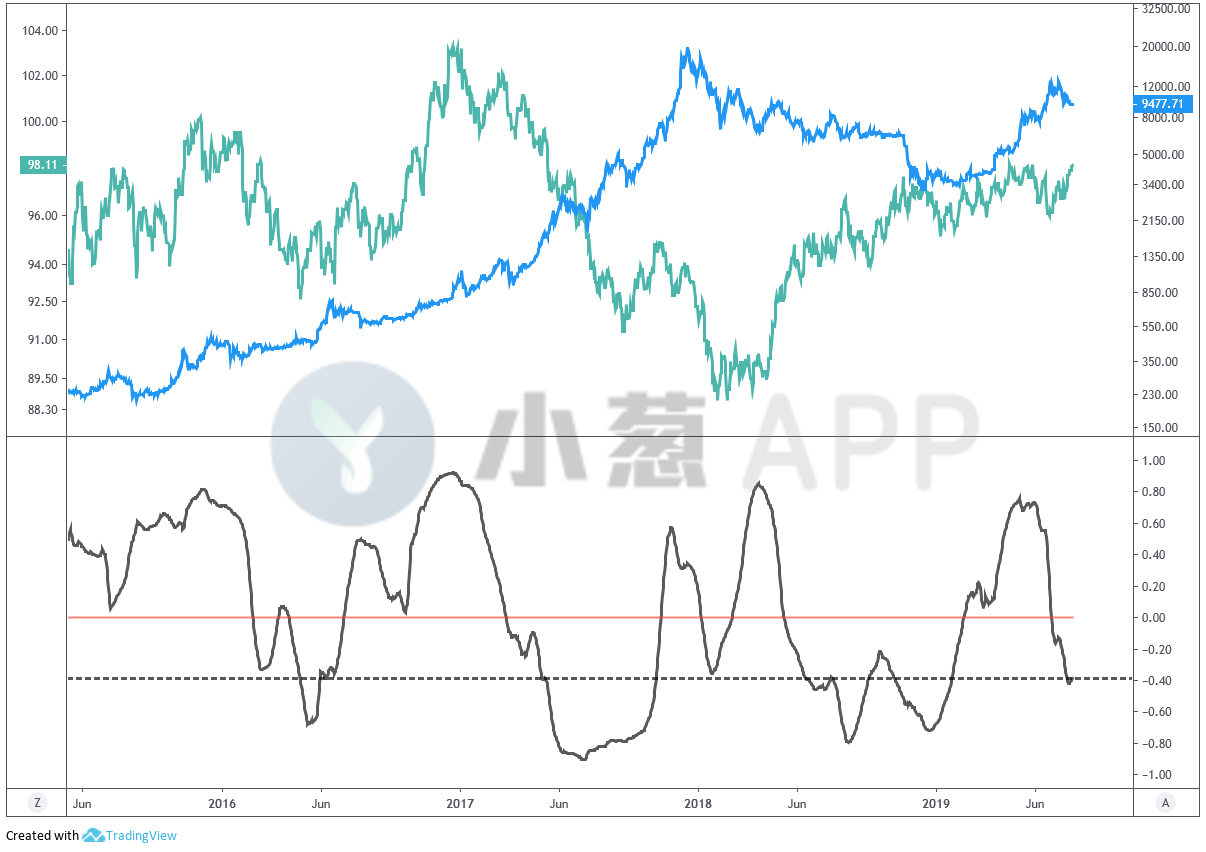 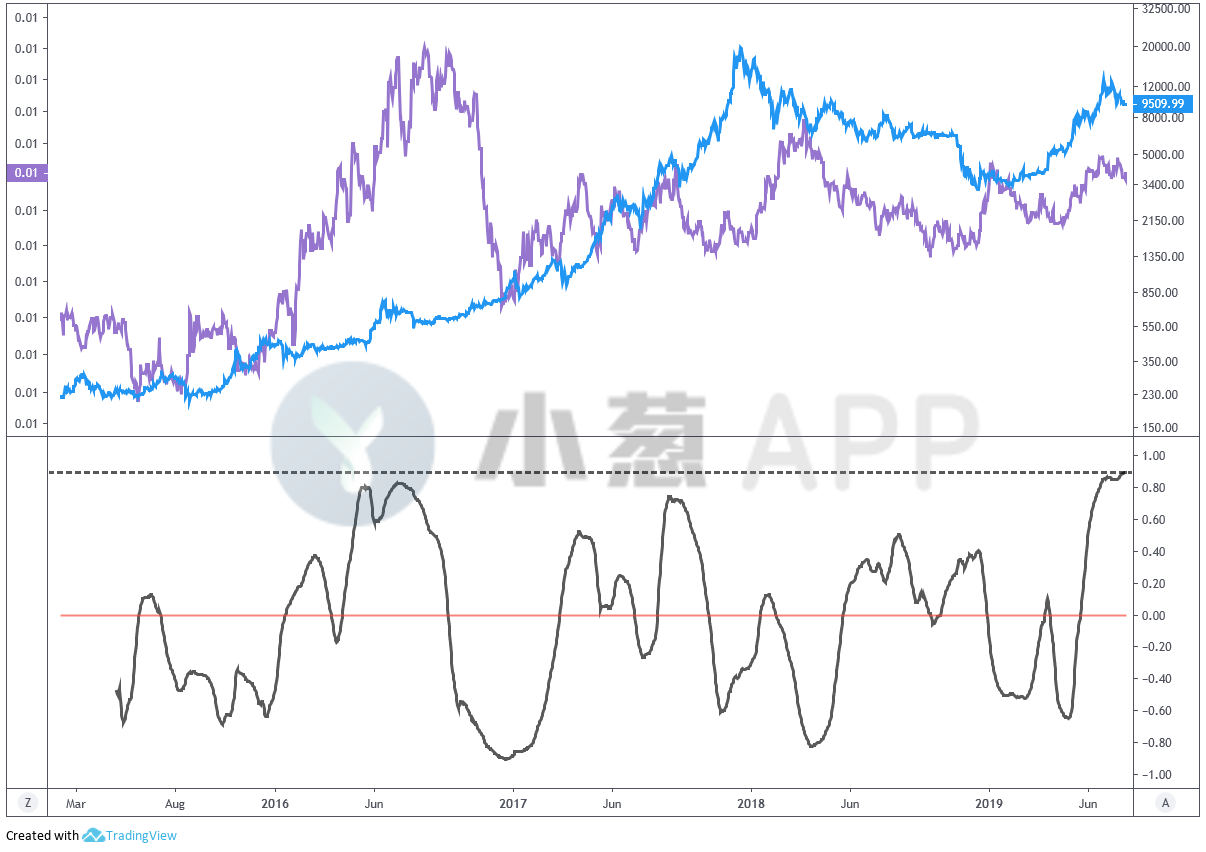 Under this very subtle time node, since the "tacit understanding" between Bitcoin and gold has reached such a level, investors in the digital currency market obviously have to play a 12-point spirit on the Fed's decision.

The scripts of all the endings of the Fed meeting are here.

Regarding what the officials of the Fed meeting will deal with in monetary policy, Fuguo Securities' latest research report proposes five hypotheses. And we can also guess the “feedback” that the digital money market may make in various situations, from the subjective perspective of Bitcoin, combined with the possible market reaction of the US dollar index and gold in each case.

In this case, the Fed will reiterate that the economic situation is doing well, but stresses that there are large uncertainties and risks in the economic development prospects. This situation can be seen as the Fed leaving sufficient room for further policy adjustments in the future, waiting for the economic data to show signs of deterioration, and then consider further easing. Considering the relatively stable handling of monetary policy in the past few years, the probability of this situation is quite high.

In this case, the final result is basically in line with the current market expectations. Although there is still some negative for the US dollar, the actual strength will be very limited, and the indirect positive for gold will be relatively limited. As a relatively "distant" bitcoin , if this happens, there will be no obvious feedback on the probability of the disk, and the market will calmly spend the night.

The impact of this situation on the market in the short term will still not be very strong, but after the market is fully aware of the potential intention of the Fed, the US dollar is expected to quickly emerge from the recent downturn in interest rate speculation and further strengthen, while gold and bit The currency is expected to be under constant pressure, but this effect will gradually be realized in “some time”, and the immediate impact is expected to be limited. For Bitcoin, it is likely to aggravate further correction expectations in the second half of the year.

If the Fed wants to express more dovish attitudes while cutting interest rates by 25 basis points as scheduled, then this meeting is likely to directly announce the suspension of the contract reduction plan or the reduction of the excess deposit reserve ratio. This situation will allow the market to receive a fairly clear expectation of continued easing, which means that the dollar will continue to be under pressure for some time to come, and this will be a new opportunity for gold and bitcoin, bitcoin in the second half of the year. The opportunity to re-impact the existing highs during the year will reappear.

Although the probability of this happening is not high, but this year's voter, Chicago Fed President Evans has been a direct subsidy of 50 basis points, so this possibility can not be completely ruled out. If the Fed cuts interest rates by 50 basis points directly, it will mean that the Fed is eager to boost the sluggish inflation.

Once this unexpected rate cut occurs, the dollar will undoubtedly suffer heavy losses. After all, the unexpected rate cut will also cause the market to have more doubts about the current economic situation in the United States. This will inevitably lead to strong hedging functions in gold, yen and bitcoin, which will benefit substantially in the short term. Once this result occurs, Bitcoin will usher in a wave of rapid pull-up in the first place, and the market sentiment accumulated in the sideways in the recent period may also erupt with this trend. It is not ruled out that Bitcoin will usher in the year. The possibility of three rounds of high, and the short atmosphere created by the recent shocks are likely to disappear in an instant.

Although the likelihood of this situation is much lower than the Fed's unexpected rate cut of 50 basis points, considering the current US economic data is not so bad background, the possibility of this situation cannot be completely denied. However, considering that Fed Chairman Powell has been deliberately suppressing the impact of economic data on monetary policy in recent speeches, once the Fed finally does not move, its usual tools for using speech to convey information will be recognized by the market as thorough. Failure, this situation will not only cause shocks in the market, but also push the Fed itself to the center of the storm.

If this happens, then the stock market will suffer a heavy setback, but the dollar is likely to show an alarming immediate sharp increase, while gold and bitcoin are likely to suffer a sharp decline. In this case, Bitcoin is likely to form a rapid break below the lower edge of the box where the sideways oscillate in the recent period, and officially launch a new round of deep callback. However, this "irrational" decision is almost non-continuous, so even if this happens, its impact on the market is expected to be mainly reflected in the instantaneous impact. According to the current economic environment, the Fed’s interest rate cut is still The topic that can't be avoided in the second half of the year.

This article was originally created by Shallot APP, please indicate the source.

First Deputy Governor of the Russian Central Bank: The draft cryptocurrency regulation will be adopted during the spring meeting of 2019

Kaspersky: Financial malware, including cryptocurrencies, increased by 7% over the same period last year