What are the areas of focus for Cosmos and Polkadot? Where are their respective advantages? This article continues to share an exclusive interview with the researcher and development member Sunny of the Cosmos/Tendermint team, and explains each person's doubts one by one. This issue mainly explains the links and differences between cosmos and Polkadot. This article is from the official Cosmos blog. In this issue, we mainly discuss the relationship between Cosmos and Boca. The basic explanation of cosmos has been published in "About Cosmos, Ethereum and Polkadot, you want to know in this (1)". As we explained earlier, many blockchain projects are working to resolve interoperability between blockchains, and this is one of the reasons why Ethereum is popular. Among them, Polkadot and Cosmos are pioneers in this area.

So what exactly is Cosmos's Peg zong?

Sunny: A major problem with the current IBC is the BFT (Byzantine Fault Tolerance Mechanism). By the way, as early as 2014 when we started developing without BFT, Tendermint was the first company to consider BTF. Jae Kwon wrote a paper reviewing all the consensus agreements of the 1990s and realized that you can apply the BFT consensus protocol to the public blockchain through the POS mechanism. So he started to create Tendermint. Then, many other projects began to adopt BFT, such as Ethereum's Casper, Dfinity, etc. These blockchains are now basically BFT-based systems. IBC is a bit like containerization, Cosmos said, "Well, let's move these common standards so that all the blockchains in the world can communicate with each other." Returning to the analogy of “container standardization”, all ports in the world can accept the same container. What if you have a port that is very stubborn and unwilling to accept this standard? This is bitcoin. Bitcoin will never adopt IBC mode! We still want BTC to be part of this Cosmos ecosystem, but we can't force it to use IBC. So this is why we propose another concept of Peg zongs, a way to embed IBC in a blockchain. How does Peg zong work?

So Polkadot also has a similar bridge. Let's discuss the details. What do you think of the competition between Cosmos and Polkadot? What is the difference in Cosmos's interoperability approach?

Sunny: I think Polkadot is getting more and more like Cosmos. Polkadot believes that the center has a relay chain and all parallel chains are connected to the Polkadot relay chain. If you don't want to be part of the network, it will be recorded as a bridge partition. Cosmos, on the other hand, is different from polkadot in designing systems, where things have default sovereignty. Each chain has its own set of verifiers and has a high degree of sovereignty. We designed it so that it can run without a central blockchain. The Cosmos Hub (the "command" blockchain that connects all the chains) is not necessarily the core of the system. Instead, we are pushing the concept of wanting to have many centers. So now we have two central blockchains. One is Cosmos Hub, which we launched last week. There is also one called Iris Hub. Iris Hub is more focused on corporate customers, especially Chinese customers. This is really cool, because then you may have different ecosystems connecting different centers. In my opinion, Polkadot can be the center of the interconnected blockchain of Cosmos.

In which areas does Cosmos compete with Polkadot? Can you talk about the difference in value between the two – especially the difference between sovereignty (Cosmos) and collective security (Polkadot)?

Sunny: My biggest hobby is to compare the blockchain with history. The problem with small sovereign states compared to empire is that they often have no ability to defend themselves. What we do is create alliances and systems that allow larger countries to “rent” their security to weaker countries. NATO is an example. A group of countries gather to aggregate security. When you do this, you inevitably give up some sovereignty. I don't think anyone would say that the EU or NATO is like an empire – you still have high sovereignty, but you did give up some sovereignty. For example, Switzerland and Belgium – both have very similar demographic characteristics but have different tendencies. Switzerland attaches great importance to sovereignty in other areas. So they refused to join these larger international organizations. Countries like Belgium, for historical reasons, are more willing to join large organizations. Maybe give up a little sovereignty, but get more security. We have also seen the Brexit, an example of a country choosing to fight for more sovereignty.

Since Polkadot brings together the security of parallel chains built on polkadot by default, the Cosmos blockchain must ensure their own security. When developers do not have enough resources to protect the security of their blockchain, Will be more motivated to build Polkadot?

Sunny: Yes, you can choose not to participate. For example, Binance is building their dex using the Cosmos framework (Cosmos SDK). I think they may hold a chain of sovereignty. This is just speculation, but I think they might try to use their BNB token as a Stake token because the actual BNB has enough value to provide legal security. But maybe another dapp developer will say tomorrow, "I created this cool dapp, but I don't know where to let the community really lead the Stake after the chain." Developers can basically submit verification requests to Cosmos Hub.

Sunny: Not the same. This is the main difference between the shared security philosophy of Cosmos Hub and Polkadot.

Polkadot will have thousands of verifiers, basically assigning verifiers to specific chains. Therefore, of the 1,000 validators, 50 are assigned to one parallel chain, 50 are assigned to the other, and so on. Cosmos Hub will adopt a different approach. The blockchain can be established at any time and request verification from Cosmos Hub, and provide incentives for verification work, inflation schedules, and expected transaction costs. Then, each certifier on Cosmos Hub can say "I want to verify the chain." Then the validator will put their Atoms on the Hub and perform validation. If their verification fails, their Atom stakes are cut on the Hub. This is good in some ways. I personally run a small verification company that doesn't have that much verification capability. I run part-time because I focus on the core development of Cosmos. Therefore, I can only verify two or three chains. But some of the verifiers are companies—for example, my co-host in Epicenter (Podcast), Brian, works full-time at a verification company called Chorus One. Perhaps the Chorus One is ready to verify hundreds of blockchains. They have their own company and have many servers. So, with the Stake mechanism (the more Atoms you have, the more verification work you can perform), the more efficient the allocation of capital and resources.

How does this affect end users?

Sunny: At present, all blockchains in Polkadot and Ethereum must pay for the same security. So this means that on Ethereum, people using CryptoKitties must pay the same transaction fee as people who use Dai to trade millions of dollars. This is not true, because it means that the use of CryptoKitties is too costly for human security. This is why CryptoKitties are very expensive.

Cosmos Hub has a shared security model, and the economically unimportant blockchain will receive fewer rewards and less transaction costs, so fewer verifiers are verified. Blockchains with high-value applications require high transaction fees to pay for the large number of certifiers they have. This is the impact of configuration efficiency on end users.

Are there some cases that are better suited to use Cosmos than using Polkadot? Polkadot seems to be more concerned with arbitrary function calls between blockchains, while Cosmos seems to be more focused on exchanging assets between chains.

Sunny: Of course. You can think of IBC as a TCP IP. These are all internet protocols. But above TCP IP, you need these higher level protocols. HTTP is required on the network, file transfer requires FTP file transfer, and email requires SMTP email. Like IBC, this is just a simple basic protocol. We will build other agreements on the basic agreement, but we are only in the token trading stage. As far as I know, Polkadot hasn't really built any higher-level protocols (Jason: More details in the Polkadot interview). They don't even know which virtual machines (VMs) will exist on different chains. Therefore, in this respect, Cosmos and Polkadot have the same capabilities.

The Cosmos Tendermint development team follows an iterative design philosophy. We don't want to exaggerate what we want to build, because when people are over-excited, they find that after we are selling for 5 years, things will become very disappointing after 10 years. Complex cross-chain contract calls are completely feasible. We are helping people who can achieve this, such as Agoric. But let's first set some expectations and focus on token trading. This is our top priority. 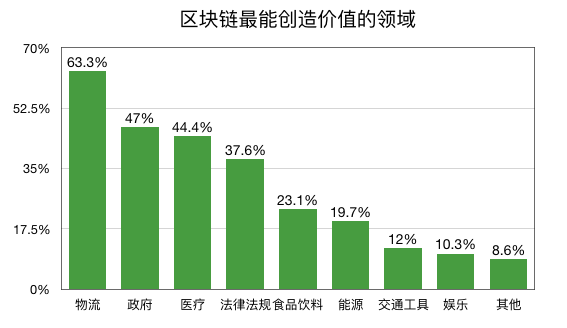