The cryptocurrency startup Fold launched a payment portal in February this year to buy Domino's pizza through Lightning. Now, users of the app can make payments on Amazon, Uber, Starbucks, Burger King, REI and Target platforms, as well as Bitcoin rewards.

The browser's built-in application, Lolli, has already provided this functionality for web-side users and is developing its own mobile app. Today, Fold is also starting to launch similar businesses, and bitcoiners may benefit from the competition between shopping apps. However, while Lolli provides a hosted wallet built into the browser, it can also send Bitcoin rewards to an external wallet, while Fold automatically transfers the rewards to a user-specified external wallet.

“This is similar to 攒 points, except that these points are calculated in the form of Cong (the smallest unit of bitcoin). The rewarded bitcoin can be purchased at the Fold app or in your own bitcoin wallet.”

Fold's lightning network compatibility also differentiates it from Lolli's service – friendly to beginners. Lolli works directly with merchants, and Fold works with prepaid card networks, which means users buy gift cards through Bitcoin and then spend on them.

Reeves said that so far, the "Lightning Pizza" feature (buying pizza with Lightning Network) has created a transaction worth nearly $22,000, with at least dozens of pizza orders per day.

Lolli and Fold executives now say that their startups have thousands of active users every month. Alex Adelman, CEO of Lolli, revealed that in addition to launching a mobile app, his team plans to include a lightning network option in the Lolli payment feature.

“Lightning Network will be a powerful tool to help Bitcoin achieve mainstream popularity. We are excited to be able to share this tool with our merchants.”

At the same time, from Reeves' point of view, competitors like Lolli have adapted to the existing alliance model, while Fold is looking to build a new payment system.

“Soon, Fold users can spend directly on the retailer's platform and get free bitcoin. Based on the fun of shopping and rewards, we intend to introduce a new consumption model.”

The younger brother travels around… 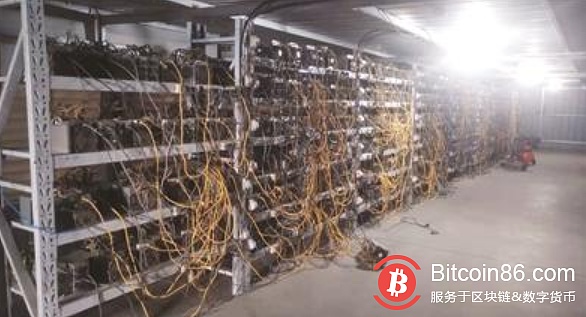 Weihai Science and Technology Bureau: Support the prevention and control of the new crown pneumonia epidemic, and accelerate the integration and application of blockchain and other technologies in related fields

Chairman of the State Grid: Strengthening the research and development of the standard system for energy and power blockchains