The Federal Reserve announced that the hawks cut interest rates, the three major US stock indexes plummeted across the board, and the cryptocurrency responded smoothly.

After several days of sideways volatility, BTC chose to go up. At present, 5 antennas and 10 antennas have been golden forks. Macd fast and slow lines are gradually converging. There is a possibility of gold forks. The only thing missing is the volume, the current volume. There is no obvious sign of enlargement, indicating that yesterday’s rising Yangxian participated in less funds, and observed whether it could replenish during the subsequent rise. If the volume can be released later, the target will test around 11,000 USD. Pressure, if there is no volume to follow, you may return to step 5 antenna again, do not break 5 antennas can continue to hold, fall below 5 antennas to pay attention to lighten up, fell below $ 9,000 to wait and see. 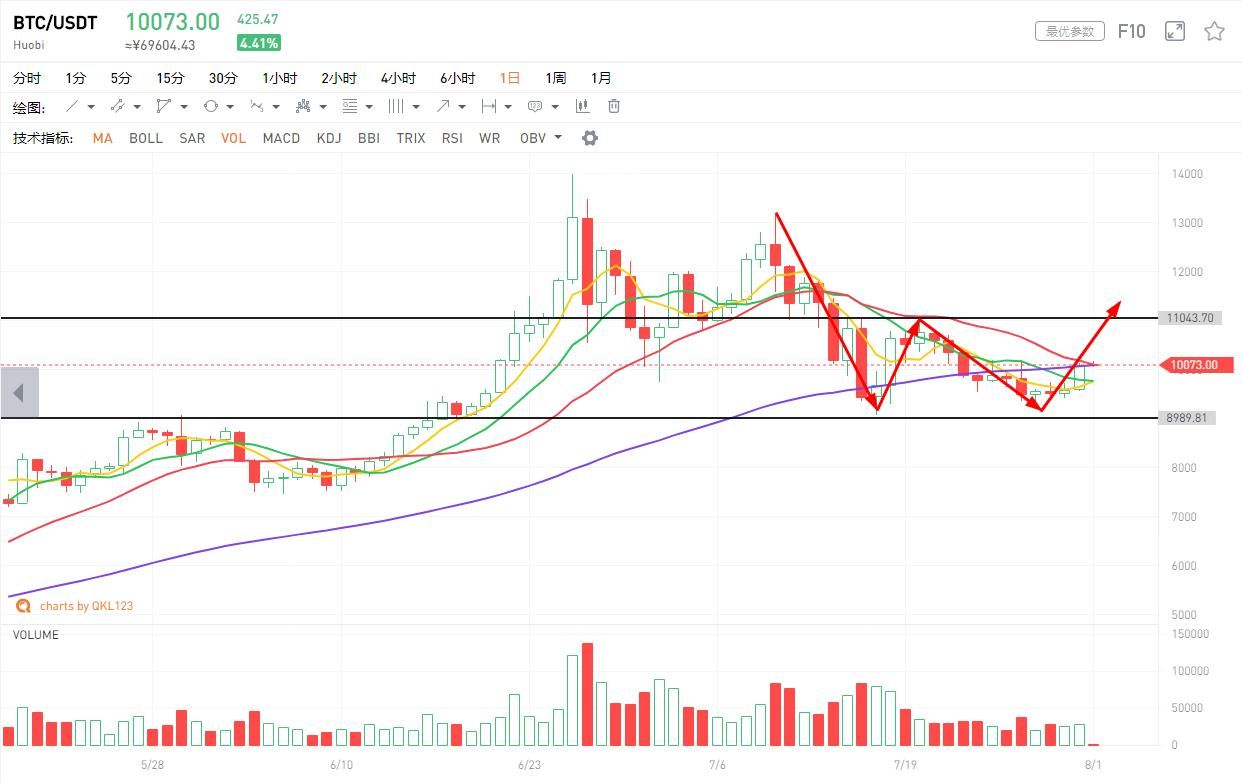 The trend of ETH is basically the same as that of BTC. Yesterday's Yangxian line has no volume to be released. At present, 5 antennas have 10 antennas with signs of gold forks. Macd indicators are weak in the region. Please pay attention to whether there is any volume in the follow-up. Personally, if there is no transaction. The amount of cooperation, the target will still oscillate within the range of 190-225 US dollars, can be low-suction near 190 US dollars, the volume of the breakthrough 225 US dollars is bullish to 260 US dollars, or should be well defensive, effectively fall below 190 US dollars to leave . 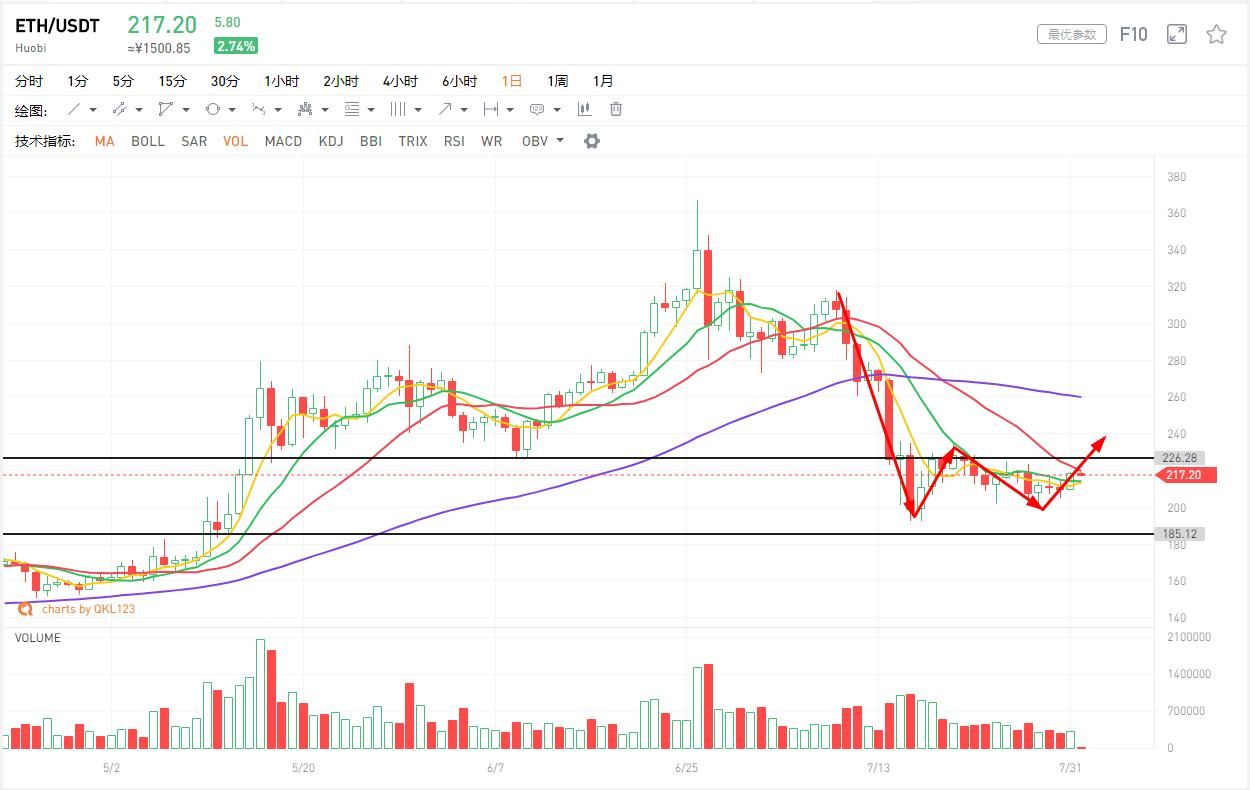 BCH rebounded before the market. It has been rebounding for two consecutive days. It has a strong trend and has already reached the pressure level around 330 USD. It is currently gaining momentum. It does not rule out that it will step back on a 5 antenna, but I think it will break the pressure of 330 USD. It should be a high probability event. As with the previous two targets, the volume has always been an important reason for restricting its rebound. When the volume is released, it will break through the pressure of 330 dollars. I think if the target can break through 330 dollars, At least it will rise above $345. If the price falls below the 20-antenna moving average, it will be bullish and will leave the market. 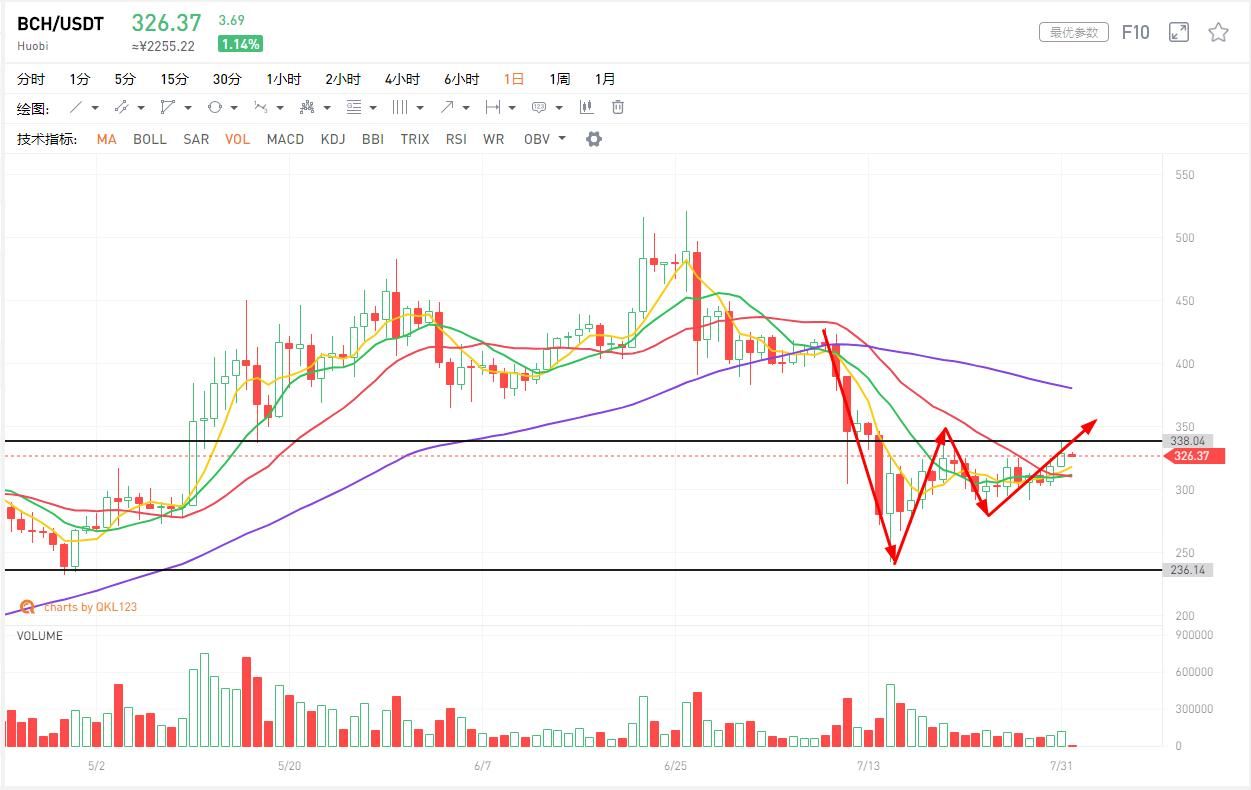 Although BNB has gone out of the trend of heavy volume and stop falling, I personally think that the downward trend of BNB has not yet finished, the moving average system has remained short, and the macd indicator has repeatedly been in the weak area, which has been passivated, and the rebound of the target is the most. Near the 60 antenna, after rebounding to this point, it will continue to go back, unless the target directly returns to the 60 antenna and makes the 60 antenna head up, you can continue to see more, otherwise the target is still a bottom. Road, and the previous low of 24 US dollars does not constitute an effective support, and will continue to explore, the next support level is around 21 US dollars, pay attention to observe the support of this point, the target has a large increase in the previous period, the space for the fall Larger, pay attention to risk. 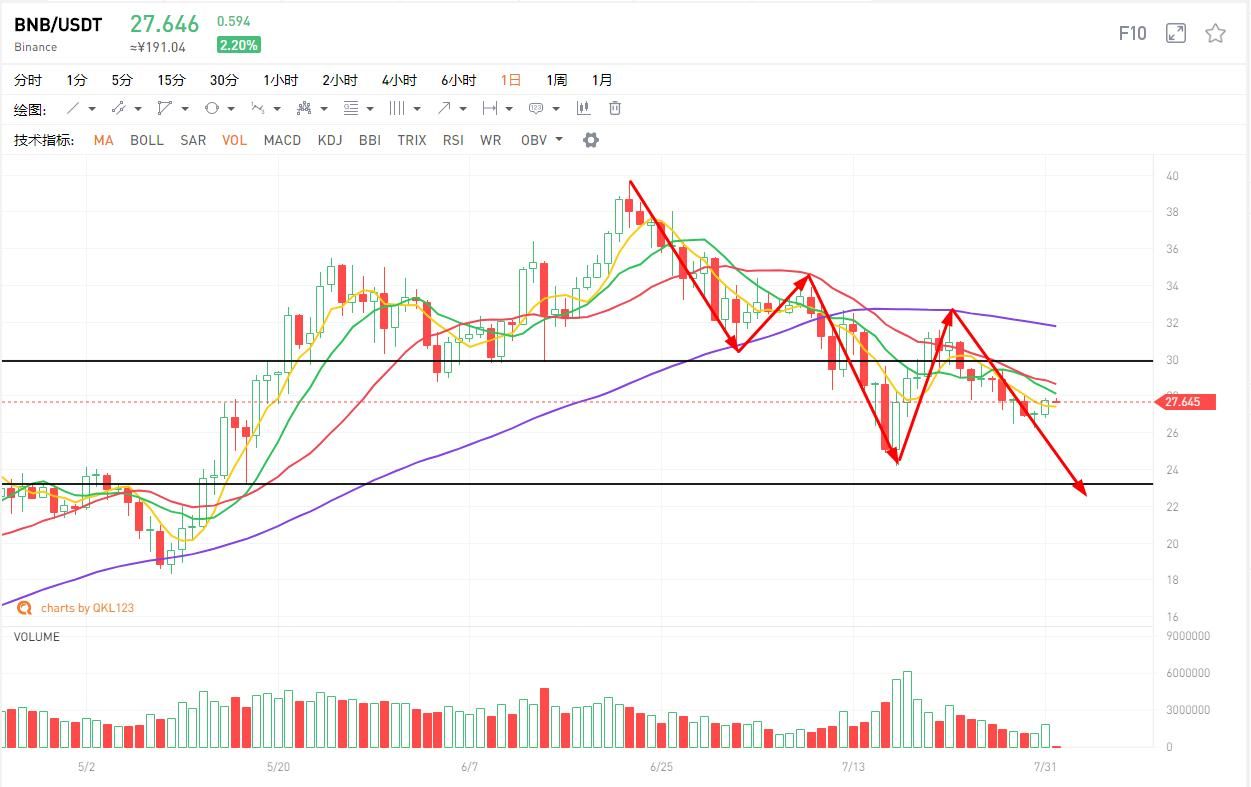 President of China Construction Bank: Commercial banks use modern technology such as blockchain to develop inclusive finance has become an irreversible trend