The Coin Group and the OK Group, which belong to the digital currency trading platform, have won Hong Kong shell stocks since 2018. Nowadays, the two Hong Kong stocks have been released, and the net profit has turned from profit to loss. The group's related business has also begun to appear in Hong Kong stock companies.

In July, Tongcheng Holdings (01611.HK) announced the acquisition of WIN TECHNO INC., a data service provider in Japan, and was accused of loading the blockchain cloud service company of the China National Capital Corporation into the Hong Kong stock market. According to the announcement, the buyer Huobi Investment Limited (Hong Kong) is a wholly-owned subsidiary of Tongcheng Holdings Hong Kong and the shareholder of the company, Huobi (International) Investment Limited, is wholly-owned by Li Lin, the real operator of the fire currency. It has been reported previously that the fire currency intends to put the business other than the exchange, namely China Petroleum, into the Hong Kong market.

The OK Group has already allowed its Hong Kong stock companies to test the virtual currency business. In June, Forward Holdings Group (01499.HK) announced that OKLink Fintech Limited ("OKLink") and the US trust company Prime Trust signed a platform-related agreement on the development of a US dollar-linked stable currency USDK service. OK responded that the stable currency was jointly launched by OkLink Fintech and Prime Trust, and OKLink Fintech is a wholly-owned subsidiary of the Hong Kong stock company. CoinMarketCap shows that USDK currently has 12 trading pairs, all of which are traded on the OKEx affiliated exchange.

In January 2019, Advance Holdings officially announced a joint announcement with OKC Holdings Corporation ("OKC"). The buyers and sellers signed an agreement on January 10, 2019, agreeing to sell 60.49% of the issued share capital of the company at a total consideration of HK$483 million. . At the end of June, the annual report disclosed by the Hong Kong stock company Forward Holdings Group (01499.HK) acquired by OK Group showed that as of March 31, 2019, the company's fiscal year revenue was 364 million, an increase of 22% year-on-year, and the operating loss was 21.17 million, down 161 year-on-year. %.

In terms of revenue, the Group's revenue sources during the reporting period were in the construction and financial sectors. Among them, foundation projects and ancillary services generated revenue of HK$254 million and construction waste treatment services of HK$104 million; leases and rental income generated by the company and interest income from money lending business amounted to HK$2.25 million. In addition, it includes rental income from rental investment properties and other income of HK$4.01 million.

On September 4, 2017, the People's Bank of China and other ministries and commissions issued the "Announcement on Preventing the Risk of Subsidy Issuance Financing" to stop the ICO. According to regulatory requirements, the virtual currency trading platforms in the country gradually cleared out. Due to the explosion of digital currency futures trading and the theft of digital assets, OK has repeatedly faced public opinion. A referee document disclosed in July showed that Beijing Lekuda Network Technology Co., Ltd. (hereinafter referred to as “Beijing Le Coola”), the main body of the original OKCoin exchange, was sued by OKEx users.

The civil judgment showed that Yang sold 0.43 bitcoins in the legal currency trading area of ​​the OKEX platform. The outsider Wu clicked to purchase the order at 2 am on September 2, 2018. The plaintiff did not receive the payment. The platform will be 0.43. Bitcoin is transferred to Wu’s account. Beijing Lekuda replied that the OKEX website is operated by Seychelles and Malta companies and has nothing to do with the company.

The court decided that the results of the Beijing Municipal Communications Administration's domain name information filing management system showed that the operating entity of Beijing Lekuda Non-www.OKEx.com website was insufficient to prove that the defendant Le Coola was the actual operator of the OKEx platform and the plaintiff. In response to the association between the infringement and the defendant Lekudar, the court rejected all of Yang’s claims. 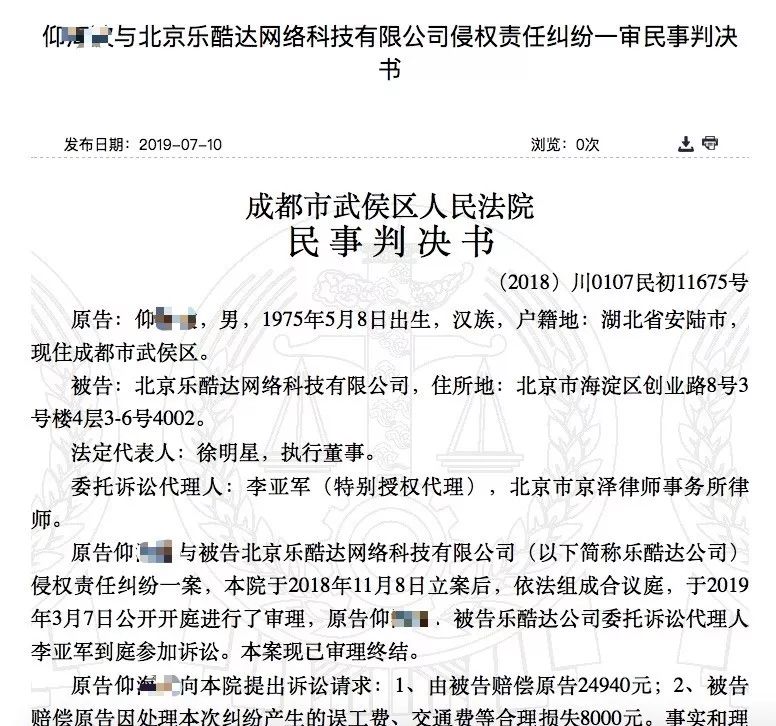 The unconstrained virtual currency exchange became a hot potato, and Beijing Lekuda, which firmly decided to draw a line with OKEx, became the “hands-on shopkeeper”. Previously, OKEx futures storms users were told that Lekutec and OKEX were partners when they negotiated with OKCoin. Regarding the follow-up treatment of the Yang incident, OK said that the relevant issues should be answered by the OKEx platform. As for the OKEx contact information, as of the time of publication, OK did not provide relevant information.

Tongcheng Holdings, the source of fire money, was originally an electrical appliance service provider. It was listed on the Main Board of Hong Kong in 2016. The current direct holding company is Huobi Global Limited. The 2019 interim report disclosed by Tongcheng Holdings in May showed that the Group's revenue for the six months ended March 31, 2019 was HK$160 million, an increase of 3.5% year-on-year. The net loss for the period was HK$1.641 million, which was achieved in the same period of the previous year. Profits were HK$986,000, a year-on-year decrease of 266%.

The financial report shows that Tongcheng Holdings' previous earnings, sales costs, major income and expenses were not significantly different from the current period, only the financing cost has tripled, and income tax expenses have increased significantly. 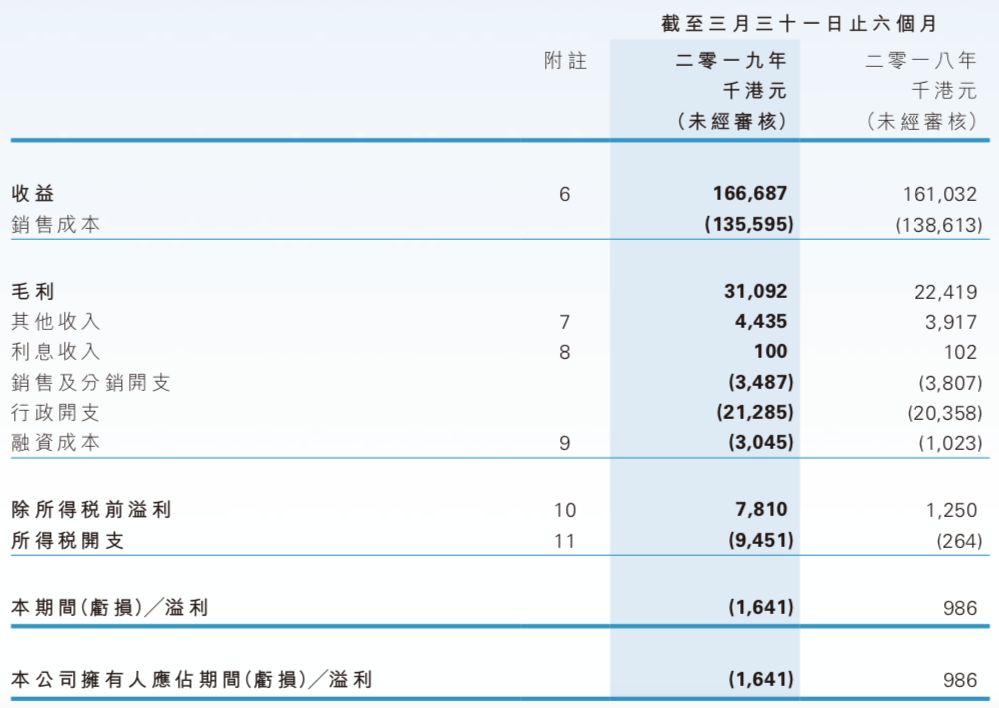 The fire currency report shows that its main revenue products are all electrical accessories. Similarly, the blockchain-related business in the group has not yet entered the financial report.

According to the information, the main body of the fire currency network, Beijing Firecoin World Network Technology Co., Ltd., was also sued for the sale and purchase dispute, and was repeatedly rejected by the court on the grounds of arbitration rights. The court held that the dispute arising from the investment in the electronic platform network was mentioned in the registration contract of the Firecoin. If it was disputed, it was submitted to the Beijing Arbitration Commission for arbitration. The court dismissed the plaintiff's suit against the Coin World Company for raising an objection to the court on the grounds of a written arbitration agreement before the trial.

The performance of digital currency eco-enterprises in the traditional secondary market is stratified, mining companies have frequently lost on the Hong Kong Stock Exchange, Bitcoin is said to be moving to US stocks; Hong Kong stocks SHIS (HK:01647) won by Xiong'an Blockchain Fund has been transformed Industrial cannabis, the two major exchanges in the virtual currency field, the Fire Coin Group and the OK Group, have capitalized the Hong Kong stock companies.

Recently, the Hong Kong Stock Exchange has expressed strict supervision over the backdoor activities. The Hong Kong Stock Exchange issued a summary saying that it will revise the Listing Rules for backdoor listings and shell stocks, including the proposed prohibition of large-scale issuance of securities for cash, changes in control, and the proceeds are used to be larger than the current main business. New business and stated that the revised provisions will take effect on October 1, 2019. Injecting your own business into Hong Kong stocks may present challenges.

People in the capital industry commented that the impact is limited or not, and the HKEx should not trace back. He said that the acquisition is generally an asset swap, and the change of the actual controller also requires approval, but it is easier than the independent listing. If the approval is passed, it will be completed.

Whether it is fire money or OK, in addition to the traditional capital market financing, both virtual currency exchanges have released platform coins for users to use within the exchange ecology, 20% for team incentives. CoinMaketCap shows that Huobi Token is ranked 36th in the market value list with a market value of US$230 million. The OKB market value is not shown. Based on the previously announced 300 million liquidity, the current market price of 2.67 US dollars, OKB market value should be 801 million US dollars. The popular IEO financing in 2019 means that the blockchain project will conduct initial public fundraising through platform coins.

According to CoinMaketCap's trading volume, the 30-day trading volume of the OKEx platform is currently ranked second in the world, and the global position of the Firecoin is ranked fourth.

What does the Hong Kong…