Foreword: Zcash, as the first cryptocurrency project to extract “founder rewards”, is facing the problem of funding sources for development. According to the original plan, Zcash will end the founder block award in October 2020, but as its founding People's Zooko Wilcox seems to be reluctant to see this happen.

On August 1, Beijing time, ZCCO's CEO of ECC, Zooko Wilcox, called for a new "development fund" to support the future operation of zcash.

The move was made after a lot of debate on the continuation of the controversial “founder awards” of the project, which became the focus of discussion at the Zcon1 conference, and even forced some people in the Zcash community to move to a new Network Ycash .

“I hope that the community will decide to update the 'development fund' structure to reward future blocks for software development, user support, business development, regulatory and government promotion, security audits and monitoring, education and marketing programs, and new protocol development.”

( In short, Wilcox hopes to extend the "Founder Rewards" program in another way )

Wilcox also said he hopes the Zcash community will "employ" ECC companies to perform these tasks.

It mentioned that Zcash did not take the path of ICO financing, initially receiving $3 million from a group of investors.

However, the project was designed to allocate 10% of the total supply of Zcash 21 million tokens to the founders during the first four years, and the rest of the block rewards were to miners on the network. According to Wilcox, Zcash's early investors can also get some founder rewards.

Now, according to the ECC CEO, Zcash plans to end the founder award in October 2020, and then a new development funding approach is needed.

“I chose to let the original development fund come to the end, so in the future, if Zcash succeeds, a community needs to grow up to support it, and the community must collectively decide what to do next.”

He said that future options include all new ZEC awards assigned to network miners, or a different percentage of incentives to create a new development fund, or use "other alternatives."

"This decision has nothing to do with ECC. If all ECC employees are on the same plane to attend an off-site meeting tomorrow, and the plane crashes without a survivor, the Zcash community will still face the same choice: Do we want to use some of our millions of dollars? Every month we spend on funding core support functions such as protocol development, software support, security audits, government promotions, education programs and business development, or we should be 100 % of the funds are given to miners?"

Finally, Wilcox appeals to community members to communicate with them through public forums or emails.

According to Wilcox, the Zcash Foundation will soon announce a “community decision” process, and ECC will post a blog post explaining how to evaluate the proposal in the next few days.

Opinion: There is no need to set up a new regulatory body for Libra

Veribit CEO: BTC, which has not moved for 10 years, is being transferred to the Bech32 SegWit address 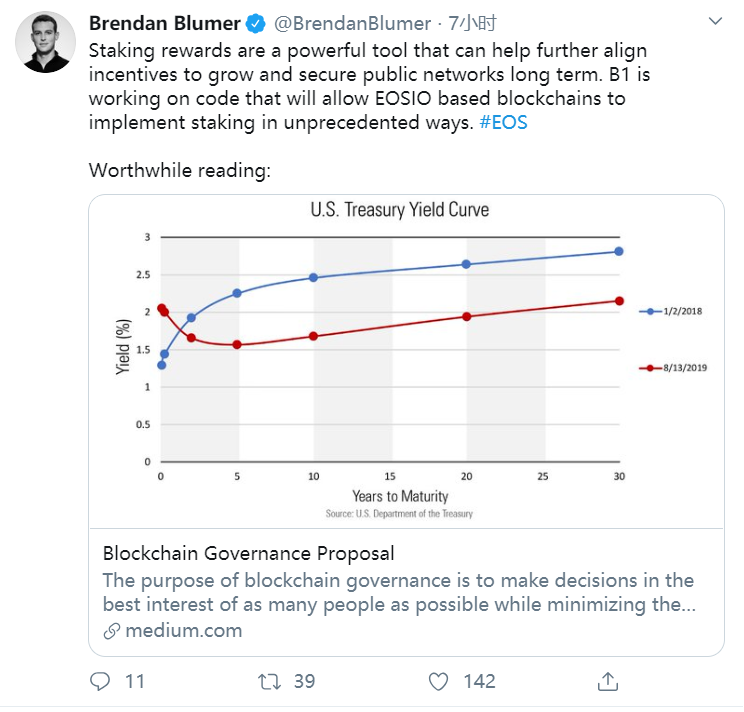 BB: The code under study at B1 will allow EOSIO-based blockchains to achieve pledges like never before

Use the Crypto.com scan code payment function to enjoy the consumption of world-renowned merchants and improve the practicality of CRO