Nakamoto said in the forum: Bitcoin is a self-test prophecy.

Maybe you should leave some bitcoin in your hands, just in case of fire. If there are so many people who think so, the prophecy will be self-fulfilling.

What is self-certification prophecy? I went to Wikipedia to check out the definition:

Self-fulfilling prophecy is a symptom that is common in psychology, meaning that people will unconsciously act according to known prophecies and eventually make predictions happen.

I simply translate it. What he means is that the more people think Bitcoin is worth, the more valuable Bitcoin is .

Money is the most in need of consensus!

why? In the vernacular, because money itself has no meaning, things that have no meaning are of course the most necessary consensus.

There are many people who say that bitcoin has no value, saying that bitcoin is a bubble. This feeling is like accusing the banknotes of no value, accusing the banknotes of being the biggest bubble. Consensus has special significance for money. As long as everyone agrees and believes that Bitcoin is valuable, Bitcoin can assume the role of general equivalence, and it is valuable in “facts”; the more people reach consensus, the value of Bitcoin It is bigger.

Nakamoto said that bitcoin is such a self-certification prophecy, which is a very unique insight.

"Bitcoin is a self-certification prophecy." In this sentence, Ben Cong said that there is no problem.

but! Nakamoto said, I can't say?

So many people in the currency circle also started their own performances. They claimed that their projects were also "self-certification prophecies" and also based on consensus. As many people think that their coins are valuable, their own coins will be more valuable. .

They spend all their energy on marketing and publicity. If there is traffic, there is a hot spot. Sometimes they will design a lot of gameplay similar to the MLM fund, and try to attract more people to participate because The more people involved, the greater the consensus of the currency and the higher the price of the token.

We don’t care about air coins for the time being, but there is a saying that there are a lot of blockchain projects, especially public chain projects. When we first started financing, they were just a concept. After the completion of the capital, slowly Propaganda, slowly developing, or attracting ecological parties to settle in. The more publicity, the louder the market, the higher the price of the currency, the greater the incentive, the more active the ecological party will be. When the ecology develops to a certain extent, the public chain will really do it. .

Such a public chain is also a "self-certification prophecy" to some extent. Is this logic correct? Can it be established?

Wave field is a typical example of this type of project.

Moreover, the data once showed that the global trading volume of the wave field is second only to Bitcoin and Ethereum, and basically landed on all international mainstream exchanges, with at least 500,000+.

What's more surprising is that it first spent a lot of money to acquire the "coin treasure", which is called the world's first blockchain application store; later it took $140 million to acquire BitTorrent, a content distribution protocol, architecture A P2P file transfer protocol over the TCP/IP protocol, even one of the four new technologies that the Fortune magazine called the Internet development, is considered to be the key technology for the future of wireless broadband Internet; and USDT also The wavefield version of the USDT was issued based on the wave field.

Some people exclaimed that overnight, the wave field is no longer the air coin of the year, and it has become a mature public chain project with very rich ecology.

The development of the wave field exceeded many people's expectations, and people gradually discovered that the "air project" in their mouth was becoming "reliable" in a surprising way.

So, "air coins" can really wash the shore? Is it possible to market the price first and then acquire the mature ecosystem directly? "Air currency" can also take the "self-test prophecy" mode?

Of course it won't work!

In fact, this model is not unique to the currency circle, so there are many in the traditional stock market. First, through the fraudulent listing, the dealers are asked to raise the stock price and then use the stock price to purchase other mature assets, thus successfully transforming.

However, in the stock market, such a company can maintain a maximum of three or five years, and then it will quickly decline. Really able to grow up in the industry, such as Gree Electric Appliances and Maotai, which focus on the main business, like LeTV, which is keen on speculation. The concept, the final result of ecological integration is failure.

Even if you focus on the main business, you will still encounter many problems. There is a risk of bankruptcy if you can't get through it. What's more, is it easy to engage in acquisitions and engage in development? This model has not passed through the stock market and will not pass through the currency. When you go on the road of shouting, you have already regarded the shouting as the most important thing. You can't sink your heart to do the project. This is the difference in values.

Such as BTC, Ethereum, EOS, such as high popularity, strong development strength, and focused blockchain projects are still struggling, killer applications have not appeared, the ecology has not been completed, how can other public chains Overtaking in a corner, or in the form of "self-certification prophecy"?

At the earliest time, Bitcoin had no price, but it has already attracted a lot of participation in development. The early developers rely on interest, love and vision to participate in the project. More and more people are getting more and more, and the project is getting more and more. The more perfect, the more accumulated and richer the wisdom, ability, function and ecology accumulated on the project, the value accumulation exceeds a certain critical point. At this time, the token will generate the price.

The price at this time is naturally generated, rather than being forced by the secondary market by the exchange. With the price, the incentive effect is more obvious, the value of the project will be more and more condensed, and the development will be accelerated, thus forming such an organic cycle.

The logic of this self-test prophecy is that because it can solve the real market demand, it can attract a lot of people to participate, because there are many people involved in the construction, so the technical strength is increased, the products are better, and thus more valuable, the formation: demand – technology – The value of such an organic cycle, rather than the price-based cycle, is the essential difference.

Just like a hot air balloon, even if the fuel is not enough, it will continue to fly in the sky for a while, sometimes it is still flying high, but sooner or later it will fall due to insufficient fuel, and hope that the "wave field" can go all the way.

Professor of Cornell University: The Bitcoin network has more than a decade of history and is no longer suitable for most use cases.

Weifang actively explores the integration of blockchain and other government services 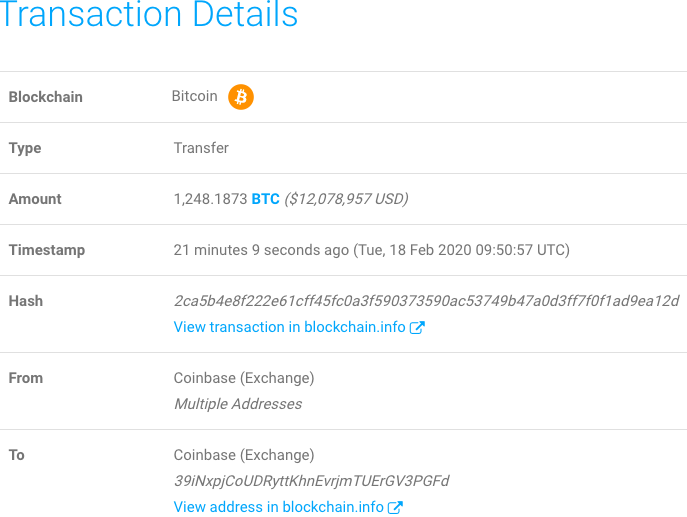