Recently, Aiden Pearce, the founder of ENU (Chinese called "Avocado"), has cancelled the telegraph account, and ENU's official website shows: "ENU is dead, sell your ENU, but never buy it. The whole project is controlled by some people. They want to manipulate the price." 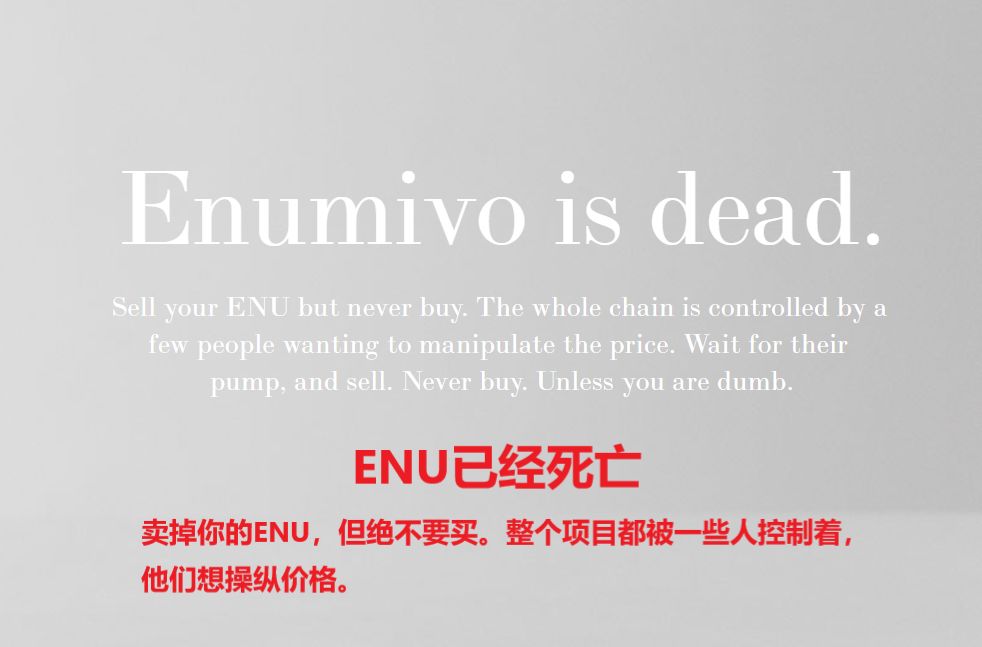 The project side advised investors to sell the coins. This was the first time in the currency circle. I thought it was a spoof, but two days later, the official website of ENU is still the same. Could it be that the once-popular ENU can't escape the fallen fate?

According to the survey, this time the founder unilaterally declared suicide. His actions were strongly opposed by the community and the super nodes. The official website of ENU made it clear that the community and nodes will continue to operate. 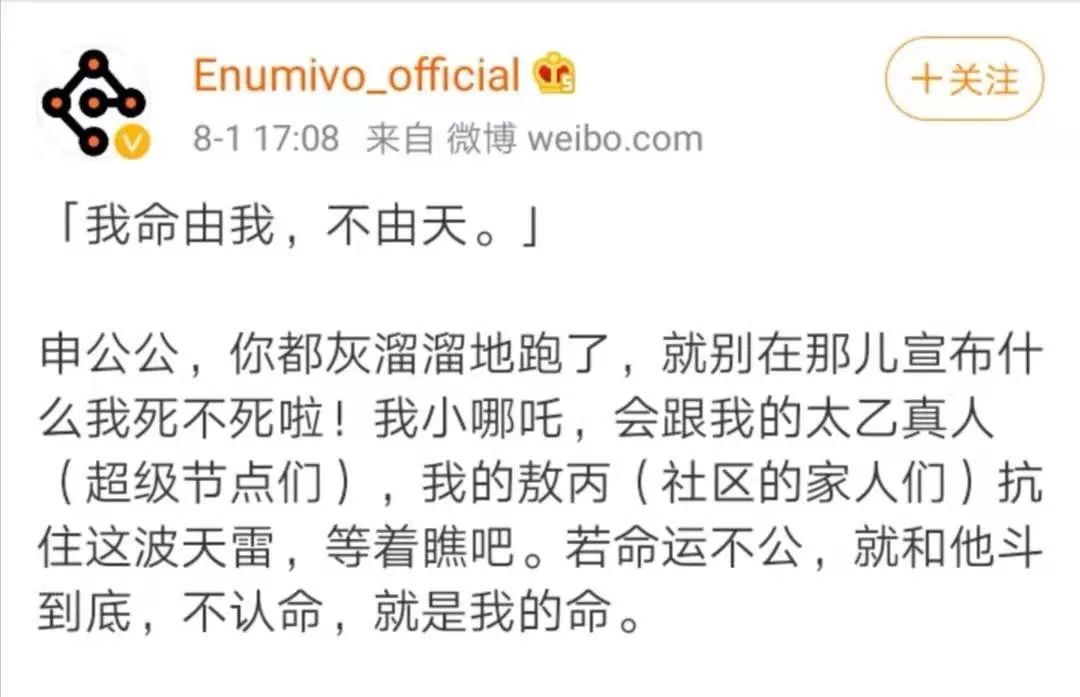 Then the question is coming, why is the internal contradiction in ENU so intense? How will this ENU crisis be solved? Will ENU be extinct in the future?

Before we understand the internal contradictions of ENU, let us first understand the ENU, why this project will have such high attention in the currency circle.
ENU has a lofty goal of creating “unconditional basic income” for everyone . By developing a UBI DApp (decentralized application), ENU provides regular UBI token income for everyone, which can be said to be unconditional and free of charge. The application is built on the Enumivo blockchain system, which is completely copied from the EOS platform source code, so ENU is often referred to as the "poor version of EOS."
However, the founder of ENU is not at all embarrassed. He dropped the 400 million tokens of the total of 500 million tokens for free. In just two days , he sold all the tokens at a speed that is so fast. Amazed, even the founders of the project said: "I did not expect that ENU would be so popular."

What is even more surprising after the airdrop is that the pie that fell from the sky can still sell money!

On May 3, the ENU online exchange, a lot more than 4 hairs, up to 1 block, and an ENU in an airdrop address can sell 2000 pieces, some people have worked hard for hundreds of thousands of times, one night Between the air and the rich! The original obscurity of the project, instantly in the currency circle. It stands to reason that according to this trend, the future development of ENU should be supported by the people of the currency circle. Why does it cause the current situation?

The cause and effect of ENU "death"

In fact, as early as two months ago, the founder Aiden Pearce had already launched the action of abandoning the project.

On June 28th, he donated 200 million tokens on the centralization of blockchain.

On July 2nd, he had a big fight with community members because of node centralization . One of the nodes controls 6 of the 21 super nodes, as well as the standby node. This node is a Chinese named LEX. He said that he is only acting as a node, he can vote for the proxy, or he can vote on his own. The ENU founder didn't pay the bill. He felt that LEX controlled too much authority and called him "the center of the universe."
From the initial positioning of the project, we can easily find that the creation of the ENU is with ideal feelings, and naturally it will be dissatisfied with this centralized behavior. At the same time, ENU's "one vote, thirty vote, vote not dividend" mechanism makes the super node form an interest alliance, it is difficult to listen to the change of the founder's will, the contradiction between the founder and the node is increasingly fierce, directly contributing to the current embarrassing situation.
Now, the idealist founder left, may be dissatisfied with the power of the super node, on the other hand may be aware that UBI is difficult to achieve the goal at this stage, so choose to give up.
This move has had a huge impact on the project. According to the Bituniverse data, the ENU token price fell by 11.9% in 24 hours.
It can be said that the character of this founder is the same as that of the current EOS founder BM. When BM was defeated by the BTS community to lose control of the project, it took off. However, after the BM left, the project came back to life and even skyrocketed for a while. The departure of the ENU founder may also be a turning point.

After this official announcement, many community members said that after the founder Aiden Pearce left, ENU would become a pure decentralized community. This community-oriented project, which has been optimistic about the outside world, has now become a truly decentralized community management. After sighing that the founders have left, they should still pay attention to the subsequent development of ENU, and how the future planning of ENU will be adjusted.

Chen Chunlin, State Grid: Blockchain thinking is an upgrade and iteration of Internet thinking, and a means of competition for big countries