In the just-concluded July, the investment and financing environment that has been warm and cold has not changed.

Linkage with the secondary market

Since 2019, Bitcoin has undergone a round of conversion from bear market to bull market.

After the bitcoin price plunged 50% from the fourth quarter of 2018, it hit a two-year low in early January 2019. After nearly half a year of silence, Bitcoin made a force in April and ran all the way. The Libra white paper, published by the Internet social giant with 2.7 billion users, has injected a strong shot into the industry. At the same time, Bitcoin also hit a maximum of 88,000 yuan, driving other mainstream currencies.

In the first half of 2019, the total investment amount of 75 blockchain projects with disclosed investment amounts was as high as 4.9 billion yuan, of which strategic investment, A round and seed round investment were the largest, reaching 35, 23 and 21 respectively. The average financing amount per project is 65 million yuan. The four areas with the most financing are social DApp, agreement, public chain and integrated management of digital assets.

In July of this year, 12 blockchain projects with disclosed investment amounts raised a total of 450 million yuan, and the average financing amount per project was 37.5 million yuan. The project with the most financing was still digital currency.

In the first half of 2019, 283 investors flashed a number of traditional large institutions and large companies, including IDG, Ant Financial, and Japanese Softbank.

Not only traditional institutions favor blockchain investment, but many individual investors in traditional fields have also turned their attention to blockchain projects.

In July, Meitu Chairman Cai Wensheng invested in the Matcha (MXC) exchange in his own name. Founded in April 2018, MXC Exchange has 2 million registered users, more than 200,000 daily users, and daily trading volume of more than 600 million US dollars.

Liu Wei, general manager of Mi Wei: 5G will also promote the development of blockchain and other fields to further realize the Internet of Everything 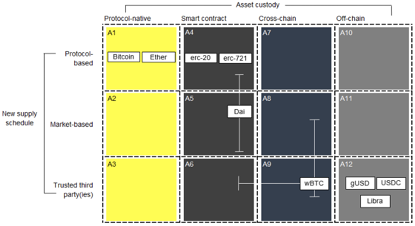 Ripple CEO: It is expected to sign 100 new contracts this year, 20% will involve XRP and its xRapid products