On August 2, the central bank held a working video conference in the second half of 2019. The meeting requested that we should develop financial technology based on the situation, strengthen follow-up research, and actively meet new challenges. Accelerate the pace of research and development of China's legal digital currency (DC/EP) and track the development trend of domestic and foreign virtual currencies.

Central Bank Digital Currency (CBDC) has become the focus of global attention in recent years, and many countries have clearly proposed the idea of ​​developing their own digital currency. Some people believe that the issuance of digital currency by the central bank will become the biggest change in the global financial system since the abandonment of the gold standard.

The general manager of the Bank for International Settlements (BIS) recently said that the global central bank may have to issue its own digital currency earlier than expected, and BIS also supports central banks around the world in their efforts to create a digital version of the national currency. According to BIS's "Cautious Acting – Central Bank Digital Currency Survey" report released in January 2019, 70% of the central banks participating in the survey are participating in or will participate in the work or research of issuing central bank digital currency. Yi Gang, president of the People's Bank of China, said at the Boao Forum for Asia 2018 Annual Meeting. "At present, China is at the forefront of global research on digital currency. " △ Governor of the People's Bank of China, Yi Gang

Wang Xin, director of the Research Bureau of the People's Bank of China and the director of the Monetary and Financial Bureau, said at the launching ceremony of the Digital Finance Open Research Project held on July 8, 2019, "Our digital financial research platform was also established when Facebook issued Libra. I think this may not be a coincidence, at least it shows that domestic and foreign countries attach great importance to digital finance, financial technology, etc., and put forward very urgent topics from academic research and practical applications."

Wang Xin’s speech of more than 5,500 words became the focus of public opinion and was posted on Sina Weibo’s hot search list, which echoed the current enthusiasm for digital currency, especially the central bank’s digital currency.

According to public information, in early 2014, the People's Bank of China established a statutory digital currency research group to demonstrate the feasibility of the central bank issuing legal digital currency. At the end of May, at the 2019 China International Big Data Industry Expo held in Guiyang, the PBCTFP trade finance blockchain platform developed by the Central Bank Digital Currency Research Institute was unveiled. It served in the trade finance of Dawan District of Guangdong, Hong Kong and Macau and has already landed. As of the time of the Expo, four blockchain applications have been set up on the PBCTFP platform, with 26 banks participating, achieving 17,000 businesses and more than 4 billion yuan in business.

Some analysts pointed out that PBCTFP is the attempt of the Central Bank Digital Currency Research Institute in the application of blockchain. Its successful operation can provide experience for the industry's digital currency based on the use of blockchain, which shows that China's development of digital currency cautious.

Release, have its own advantages

It is worth noting that the “China Finance” magazine, which is under the control of the central bank, launched a cover plan with the theme of “Central Bank Digital Currency Research and Discussion” in 2016. 17 articles respectively on the development direction of digital currency, prototype concept, technology path selection, The key issues such as the legal basis and the impact on monetary policy were analyzed and discussed. 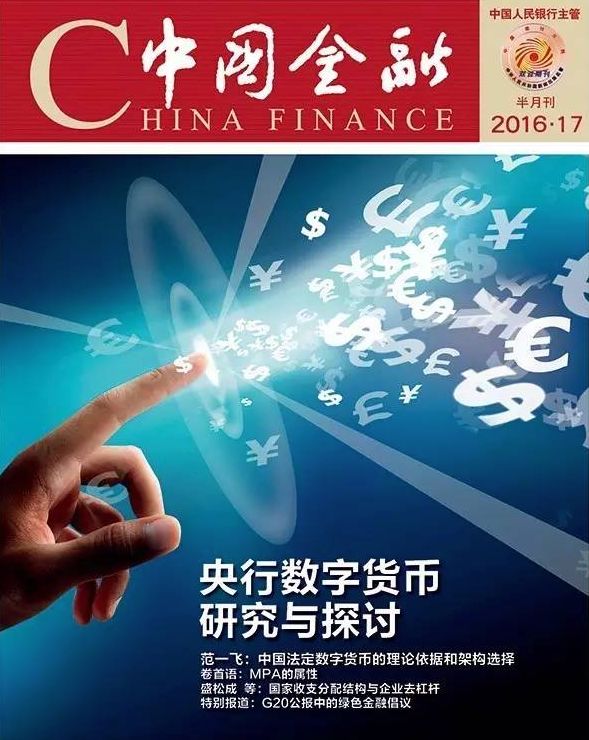 △The China Finance magazine, headed by the central bank, launched a cover plan with the theme of “Central Bank Digital Currency Research and Discussion” in 2016.

Among them, the article signed by Xu Zhong, the inspector of the Financial Markets Department of the People's Bank of China and the preparatory group of the bill trading platform, said: "Digital currency as a legal currency must be issued by the central bank, and its issuance. , circulation and transactions should follow the idea of ​​integration of traditional currency and digital currency, and implement the same principle of management, especially subject to the needs of the central bank's macro-control. In the actual operation of the central bank to issue digital currency, not only the application area Blockchain technology can also be used to absorb innovative technologies in the fields of big data analysis systems, account systems, cloud computing, and security certification that have emerged in recent years. In addition, whether it is a centralized central bank or a central bank-business The semi-centralized issuance method of the bank's dual system is also worth exploring.

Fan Yifei, deputy governor of the central bank, pointed out in his article that from the existing digital-like currencies, there is a decentralization mechanism behind it, mainly through the distributed accounting method to establish a trust system. However, these digital-like currencies still have the same fundamental flaws as the private currency in history: the value is not stable, the credibility is not strong, the acceptable range is limited, and it is prone to a large negative externality. Therefore, it is imperative for the central bank to promote the issuance of legal digital currencies. The central bank's digital currency is guaranteed by national credit, and it can realize online and offline synchronization applications to the greatest extent, maximizing transaction convenience and security.

The article signed by the People's Bank of China Digital Money Research Project Group pointed out that China's issuance of legal digital currency has obvious advantages. First, the construction of financial infrastructure has the advantages of latecomer, the history is small, and the degree of digitization is high. Second, China has become the most active economy in the global e-commerce economy. The potential demand for end users to use digital currency is strong and the application scenarios are abundant. Therefore, the establishment of China's legal digital currency issuance and circulation system is of great significance to the construction of financial infrastructure, the implementation of monetary policy, the maintenance of financial stability, the strategy of RMB internationalization, and even the promotion of economic upgrading and efficiency improvement. This is also China. The most important source of motivation and basic support for the initiation of legal digital currency research.

As a new thing, the development of digital currency is also facing risks and challenges. For example, the People's Bank of China has also shown particular emphasis and caution on the issue of digital currency security and privacy protection that is of general concern to the public.

In March 2018, Zhou Xiaochuan, the current governor of the central bank (now the president of the China Finance Association) pointed out that studying digital currency is not about letting money implement a certain technical solution, but rather essentially pursuing a retail payment system. Convenience, speed and low cost, as well as security and privacy.

From the birth of bitcoin until now, regulation has been regarded as a major problem in the field of digital currency. Wang Xin pointed out that the risk of financial disintermediation (ie, financial non-intermediation) increases the risk of regulatory arbitrage. Many institutions engaged in digital finance are not fully placed under financial supervision. Different regulatory authorities and different countries have different regulations. These will result in regulatory arbitrage or regulatory gaps, which may lead to the emergence and spread of risks.

As for how to avoid such risks, Fan Yifei once wrote in 2018 that “the issuing of central bank digital currency by large countries is a complex systematic project. China has a vast territory and a large population. The economic development, resource endowment and population education of different regions are quite different. In the process of designing and launching (issuing) and circulating central bank digital currency, we must fully consider the diversity and complexity of system and system design… We can consider double-layer delivery to cope with the above difficulties."

According to reports, the central bank's digital currency adopts a two-tier system, which is further deepened on the basis of the traditional "central bank-commercial bank" dual model. “Whether it is a dual model or a two-tiered system, the idea of ​​Vice President Fan Yifei is the same. That is, the issuance of central bank digital currency must choose the least impact on the existing monetary system, business structure and infrastructure. Yao, the former director of the Central Bank’s Digital Currency Institute, wrote in a signed article last year.

International coordination and cooperation in the field of digital finance are equally worthy of attention. Wang Xin pointed out:

“In this respect, our industry and academics have played a very good role, such as the high-level dialogue with the International Monetary Fund (IMF), etc. In fact, it is now on the international financial policy platforms such as BIS and IMF. There is more and more discussion. On these platforms, we especially need to send out the voice of China as soon as possible. The voice of China does not necessarily represent the voice of the government, but also has many important voices of the market and folk voices. In terms of international policy discussions, rule standard setting, and even real competition for products and services, we will better safeguard China's interests and promote the development of our digital finance. Ultimately, we will better support the real economy and better prevent financial risks. ”

Weiss Ratings: Fragmentation does not compromise security if handled properly