Recently, Telegram's “bringing bricks and arbitrage” scams have reappeared, and a single user has been tricked into 739 ETHs, worth more than one million yuan. The vernacular blockchain community has small partners asking whether the telegrams of the telegraph group are reliable. The following is a screenshot. In fact, the official official of the fire currency has also made public rumors before this: the intelligent movement of the telegraph group is completely irrelevant to the official of the fire coin. 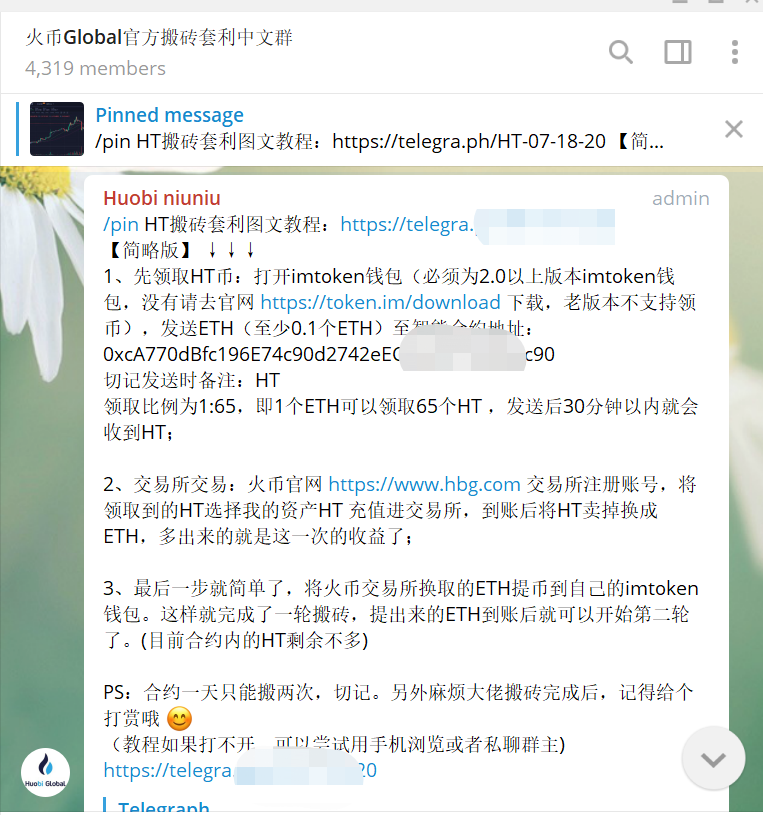 Today, I am going to give you a simple science and technology.

01 What is moving bricks?

As a familiar example, the ancient merchants bought low-priced items from a region, and then transported them to places where prices were scarce through carriages and other means of transportation, earning a rich relationship between them by buying low and selling high. Profit. The same principle is used in the blockchain industry. Since there are many digital currency trading platforms in the market, there may be different prices between different platforms for the same digital currency. Therefore, there is arbitrage space to achieve low buy and sell. The key is the spread.

Simply put, it is to buy digital currency in a currency of the exchange platform, then refer the coin to other trading platforms and sell it at a higher legal currency price.

It is a bit more complicated to move bricks in the market. In the trading platform, when there are different price differences between different tokens of the same token, the low-buy and high-selling is realized by means of the transit currency, and profits are earned.

Hedging refers to the time it takes to buy and sell at the same time, saving money.

Example: Selling BTC at platform B at 10500 USDT while buying BTC from platform A at 10,000 USDT. The premise is that you have to hold a certain amount of tokens on different trading platforms. 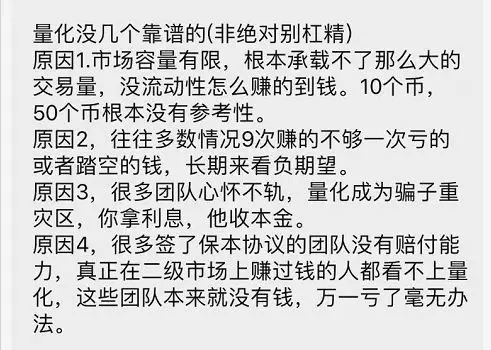 At present, most wallets that exist on the market have their own quantitative arbitrage, with a monthly income of 10% or even as high as 30%, and most of the telegram groups mentioned at the beginning are scams (as shown in the above picture). If you really want to do quantitative mining, you have to learn to write your own programs and keep the coins in your hands forever.

The above is just some of the most basic introductions of moving bricks and arbitrage. There are also some relatively complicated two-corner arbitrage. Some brick-laying techniques such as triangle arbitrage are not introduced. In fact, they are all derived from the above. The essence of moving bricks is to find the currency with the price difference in the market, and then earn profits by buying low and selling high. Only when the formula "actual difference spread – coin handling fee – transaction fee > 0" is satisfied, there is arbitrage space for moving bricks.

Seeing here, some of the small partners may have been too eager to try. However, just understanding these is not enough. You still have to be familiar with the currency you are moving in. After you have figured out the various fees, depth, transfer speed, withdrawal limit, etc. of each trading platform, you may have the opportunity to make money.

『Declaration : This series of content is only for the introduction of blockchain science, and does not constitute any investment advice or advice. If there are any errors or omissions, please leave a message stating that you are not authorized to reprint this article by any third party without the authorization of the “Baihua Blockchain” source. 』

Babbitt Value Index: The market is close to the tail, a short callback

Analysis: Tether manipulation did not lead to the Bitcoin 2017 market

EDP, the world ’s fourth-largest wind energy producer, was attacked by ransomware, with a ransom of 1580 BTC