The Scallion APP market shows that Bitcoin’s early gains on August 5 are not lost. It stands at the 11500 USDT mark and is now reported at 11510 USDT, with an intraday increase of about 5%.

The trade war has become more serious with the unilateral overvaluation of US President Trump. Market risk aversion increased, Bitcoin successfully broke through the key resistance of 10200 on Friday, and the price also steadily rose during the weekend. Now it has successfully completed the re-collection of the 11,000 integer mark and accelerated the wave in the early session. In the process, I stood on the 11,500 line.

Bitcoin and gold fly together. Industry insiders said that the market is looking forward to Trump's attack on China's "weaponized" RMB exchange rate. It is reported that accelerating the depreciation of the renminbi to cope with the tariff imposed by the trade war has always been considered one of China's strategies.

British cryptocurrency liquidity provider B2C2 said on social networking sites that the depreciation of the renminbi to 7 may be the most important macro variable; the weakening of the renminbi has brought deflationary risks to the world. Risk aversion drives investors to the gold and bitcoin markets, bullish gold, and bullish bitcoin.

Emonn Sheridan, an analyst at Forexlive, said that Bitcoin had a good trend last weekend and was on the rise of the Asian market on Monday. 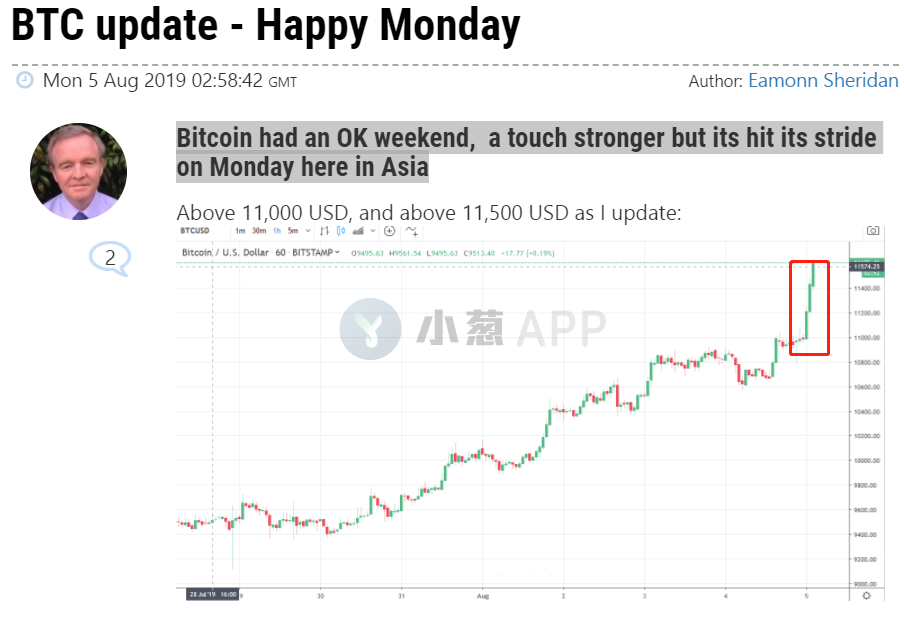 The Asian Dongfeng in the mouth of Sheridan, including the early morning on Monday and the onshore renminbi both broke. The RMB exchange rate fell to its lowest level this year, and the US dollar against the renminbi approached the symbolic 7-yuan mark (10 years unbroken), after US President Trump threatened to impose more tariffs on Chinese imports.

In the morning of August 5, the exchange rate of the RMB against the US dollar dropped significantly. The offshore RMB exchange rate fell to 1.85% during the day; the onshore renminbi decline also showed a significant increase.

Bitcoin was used to compare with gold since its inception. The title of “Digital Gold” first appeared in 2015. By December 2017, the search volume of “Digital Gold Bitcoin” in the search engine reached its peak. It was also the peak of Bitcoin price, close to 20,000 USD. .

Similar to the rising price of Bitcoin, spot gold also violently oscillated in the short-term on Monday morning, with a range of $6, which is now at $1,460.30 per ounce. 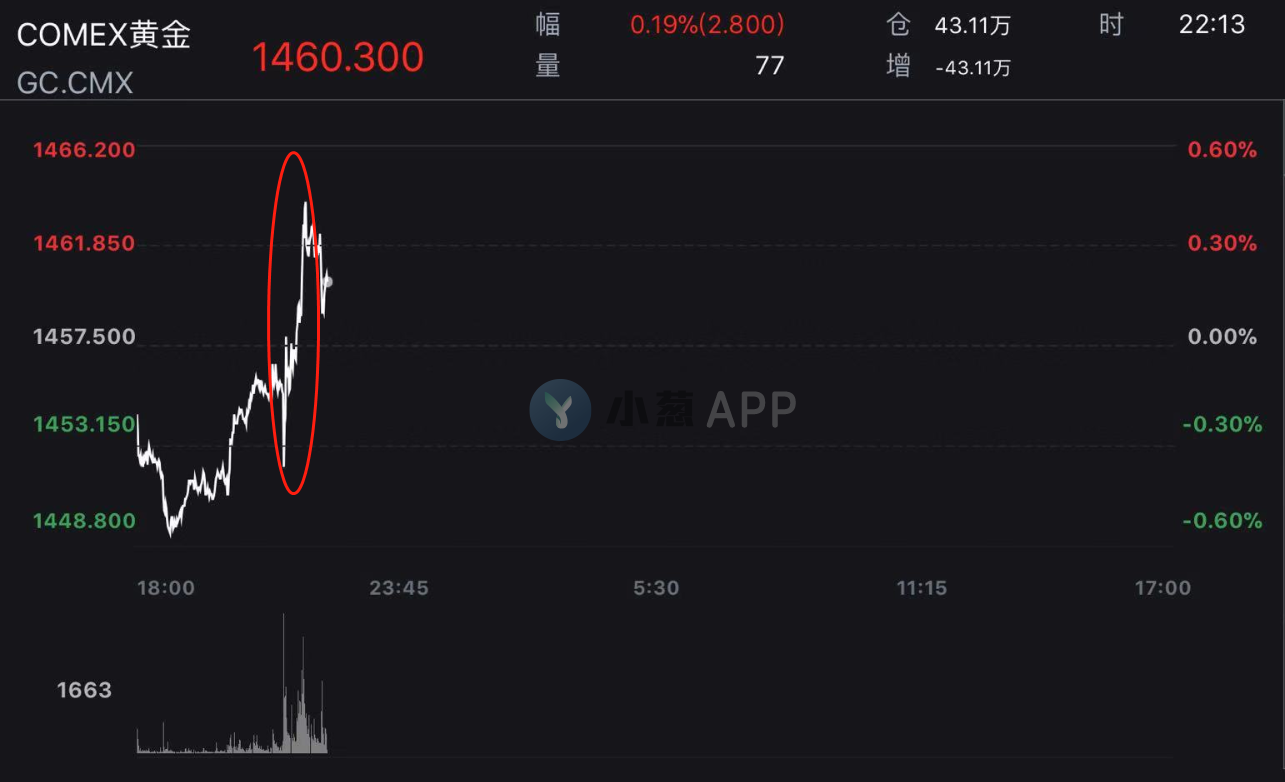 This article is original by Scallion APP, please indicate the source.

The head of Libra’s letter to the US Senate: accepting anti-money laundering supervision and government supervision