On August 2, the central bank held a working video conference in the second half of 2019. The meeting proposed that we should develop financial technology based on the situation, accelerate the pace of research and development of China's legal digital currency (DC/EP), and track the development trend of domestic and foreign virtual currency.

So what impact does this seemingly “stand-in” currency have?

Insiders said that China has created the most digital assets in the world. In this case, China's issuance of legal digital currency has advantages and needs to make a difference in this field.

The industry insiders said that the advantages of issuing digital currency in China have the following two points:

1. The construction of financial infrastructure has the advantages of late development, small historical burden and high degree of digitization.

2. China has become the most active economy in the global e-commerce economy. The potential demand for end users to use digital currency is strong and the application scenarios are abundant.

Wang Xin said that the central bank's digital currency (CBDC) can become an interest-bearing asset that satisfies the holder's reserve demand for safe assets and can also become the lower limit of bank deposit interest rates. It can also be a new monetary policy tool.

May act directly on businesses and individuals

Zhou Sand, CEO of Jingtong Technology, said in an interview: If the central bank wants to issue sovereign digital currency, the key point is whether to allow large enterprises and individuals to open accounts in the central bank system, and give storage interest.

However, although China has the basic conditions for issuing digital currency, it still faces challenges such as the transformation of traditional financial facilities.

According to public information, from 2017, the People's Bank of China Digital Currency Research Institute was formally established. As of August 4, 2019, the Central Bank Digital Money Research Institute applied for a total of 74 patents involving digital currency. Yi Gang, president of the People's Bank of China, once said, "China is at the forefront of the current global study of digital currencies."

Not only China, but also the multinational central banks, including the Bank of England, the Bank of Canada and the Swedish Central Bank, have already carried out research and development on legal digital currencies. 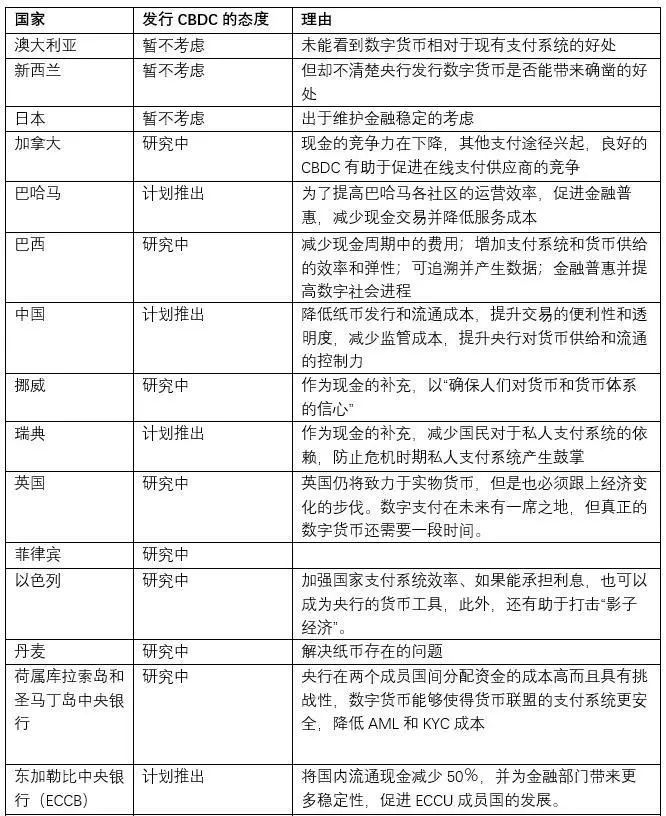 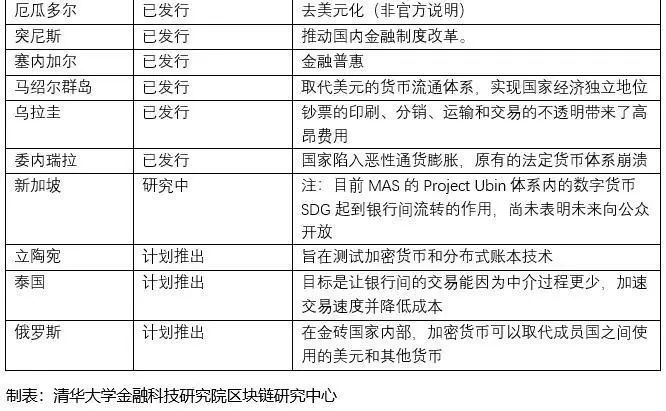 On July 9, the Turkish government added the relevant content of the central bank's issuance of digital currency in its economic roadmap from 2019 to 2023. The 11th development plan proposed by the Turkish President shows that “the digital central bank currency based on blockchain will be implemented”. In addition to the central bank's digital currency, the development plan also lists the blockchains that will be used in the transportation and customs operations.

Up to now, there have been indications that the Central Bank Digital Currency (CBDC) is becoming a new area that central banks around the world are interested in researching and developing.

Deng Jianpeng: The "gaseous" trend of the blockchain challenges the government's ability to supervise, and the rule of law requires great wisdom

Chairman of the National Finance and Development Laboratory: Blockchain provides a trust mechanism for the financial sector