Whether you think Bitcoin is the square of the rat medicine, whether it is the Internet currency, or that you always feel that it is not stable enough and the technical content is too high, but if you want the wealth to appreciate or preserve, you better hold some Bitcoin.

Look at the picture 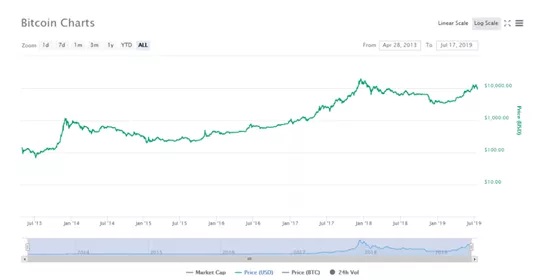 This is a bitcoin price chart since 2013. You can hardly see this on other news sites.

The fluctuations of the original image are very large, but this picture has exactly the same data, but it is drawn by the “logarithmic scale” (usually used when there is a large range of differences), which alleviates these Fluctuation peaks , so you can see trends better without distortion.

Based on the above chart, we add a yellow trend line: 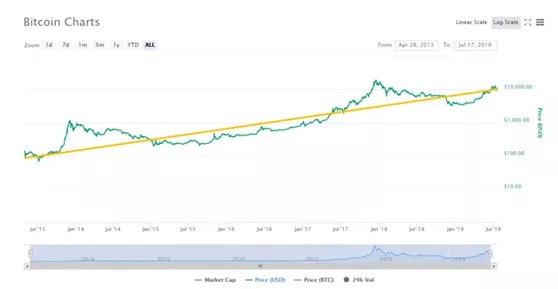 What did you find about the price of Bitcoin?

Obviously, prices are almost always on the rise.

Prices will change, but the trend will remain the same

In the "moderate" chart above, there are hidden ups of 1000% and plunging 80%, forged transactions, manipulation, speculation, fraud, fear of missing and fear , and you will see activity in many financial assets.

Let's put aside all of this. Let's assume that you know that Bitcoin is a speculative investment. Now that you have $100 in your pocket, what happens when you use it to invest in Bitcoin?

Option 1: The trend of Bitcoin has stopped, history has not repeated, and finally bitcoin is zero, you lose 100 dollars;

Option 2: The trend of Bitcoin continues, history is repeating itself, Bitcoin has risen by 1000%, and you have earned $1,000.

Option 1 has never happened, option 2 always happens. Which one is more likely?

No one can predict the future, and it is not impossible for Bitcoin to stop rising. Even US stocks can't guarantee a 7% annual increase (some experts even call for a return to market stagnation in the 1970s).

Bitcoin is overrated before seeing the big picture

People may think that it is crazy to spend $10,000 to buy "fake money" that nobody uses, but it would be normal to buy a stock of Berkshire Hathaway under Buffett for $306,000. As a person who owns both assets, I feel that Warren Buffett's company will never capture all the wealth of the world.

But Bitcoin is possible.

The “world wealth” worth hundreds of billions of dollars is likely to be recorded in the blockchain and exchanged using bitcoin. As the Bitcoin network evolves, it will continue to draw more and more wealth. 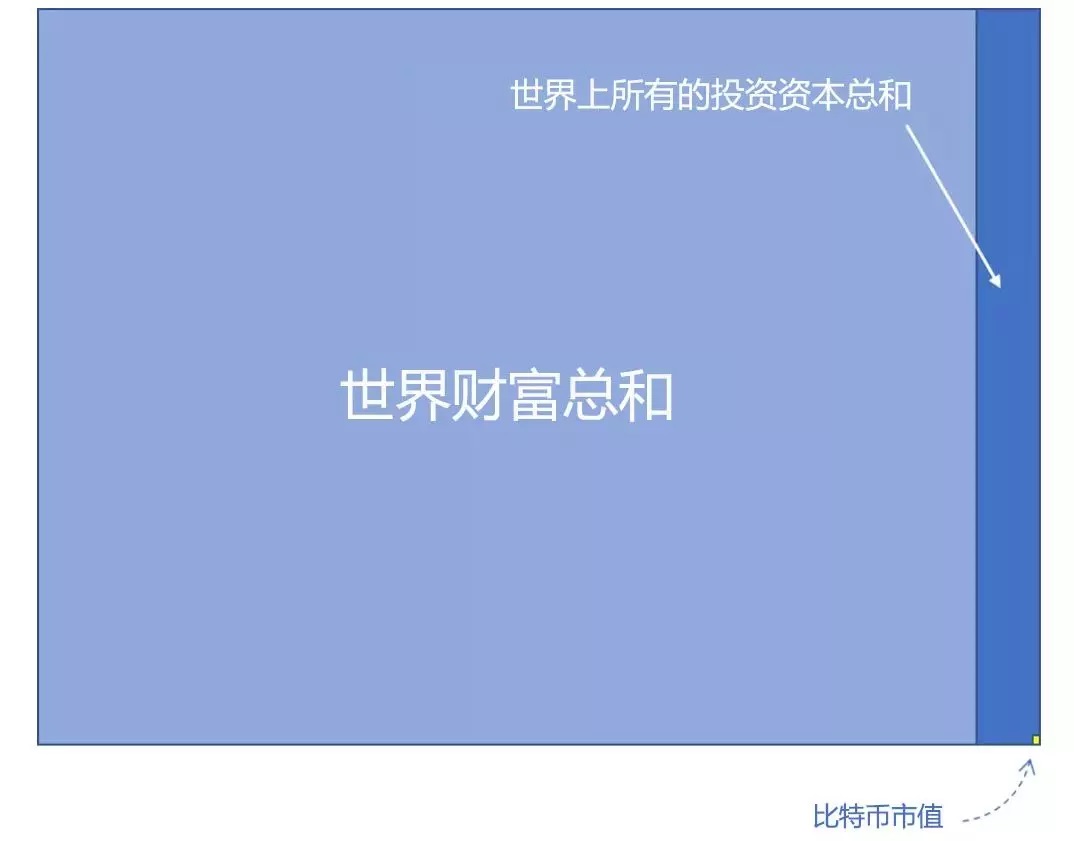 In the past decade, developers have made bitcoin technology better, cheaper, and more useless. As the number of users and transactions increases, so does the number of Bitcoin wallets.

Some giants like Microsoft have used Bitcoin's underlying blockchain technology to solve real-world problems and services , and they have not slowed down the pace of iteration.

Recently, two Wall Street firms, Fidelity and Bakkt , were first approved to sell investment products that use real bitcoin rather than paper equivalents. These companies have more plans to follow up, along with marketing and advertising to attract customers.

Every day in the future, more and more businessmen and businesses will accept bitcoin. Even Ohio, USA, now accepts bitcoin tax. Does this mean that the Bitcoin network will continue to grow?

Opinion: It is a good privacy coin that can evolve in super confrontation.