Bitcoin rose because the Chinese are buying? not at all!

Yesterday, the yuan broke 7 for the first time in 11 years, and Bitcoin also pulled up 7%. Some people think that the rise of Bitcoin is related to the Chinese buying heavily because of risk aversion. How about the situation, let's see how the big V on Twitter looks:

I don't think there is enough data to support China's huge impact on capital inflows into Bitcoin, but in recent months, a large part of Tether's chain trading volume has come from China, which I think is a question worth considering.

In my opinion, "Chinese people are buying Bitcoin" is a very unreliable statement.

2. The RMB-dominated OTC price is currently a 1% premium and is in the normal range since the bull market. 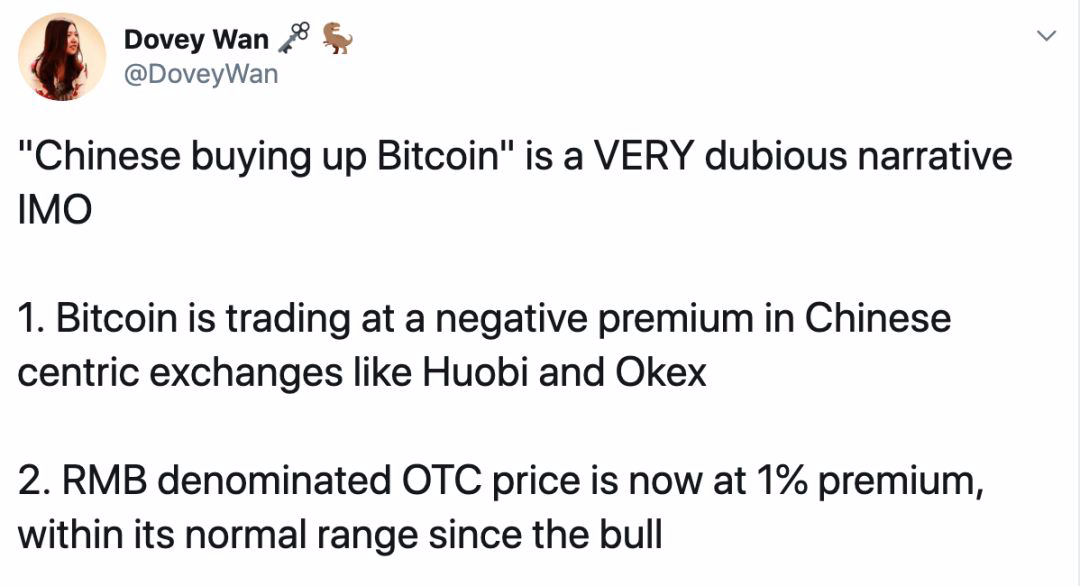 I personally believe that global financial uncertainty has pushed up the (digital currency) market, and funding may come from outside China rather than China.

In addition, we see that gold-denominated transactions have a real surge in both quantity and price.

If the Chinese really want to hedge the uncertainty of global finance, especially the devaluation of the renminbi, Tether is a choice, not a bitcoin. Bitcoin is a long-term hedge against some high net worth individuals.

However, Tether is now also at a negative premium.

But in any case, we need to find a reason for the rising bitcoin: just like this, I accept it all. 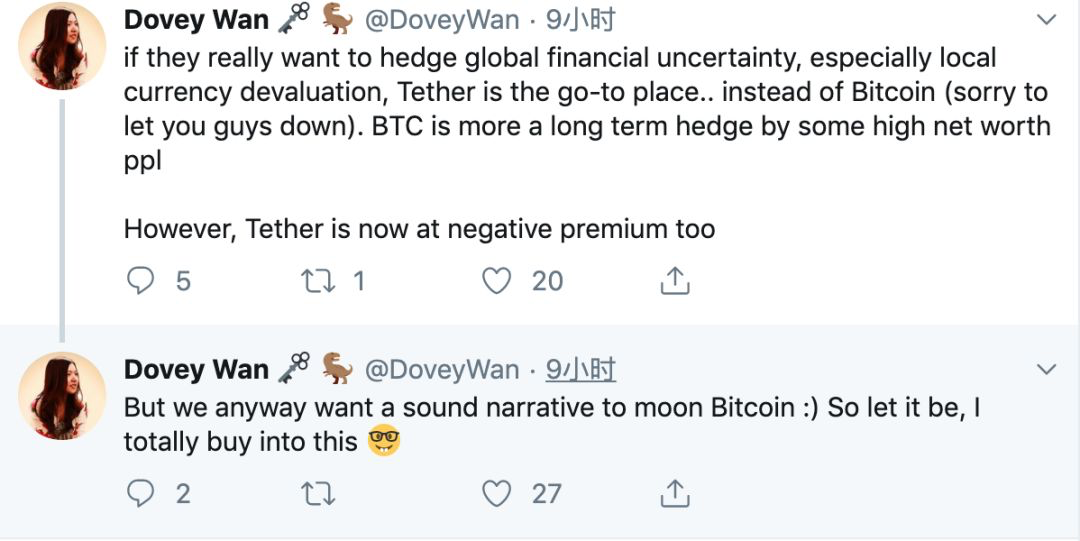 Let us look forward to halving again in August 2023! 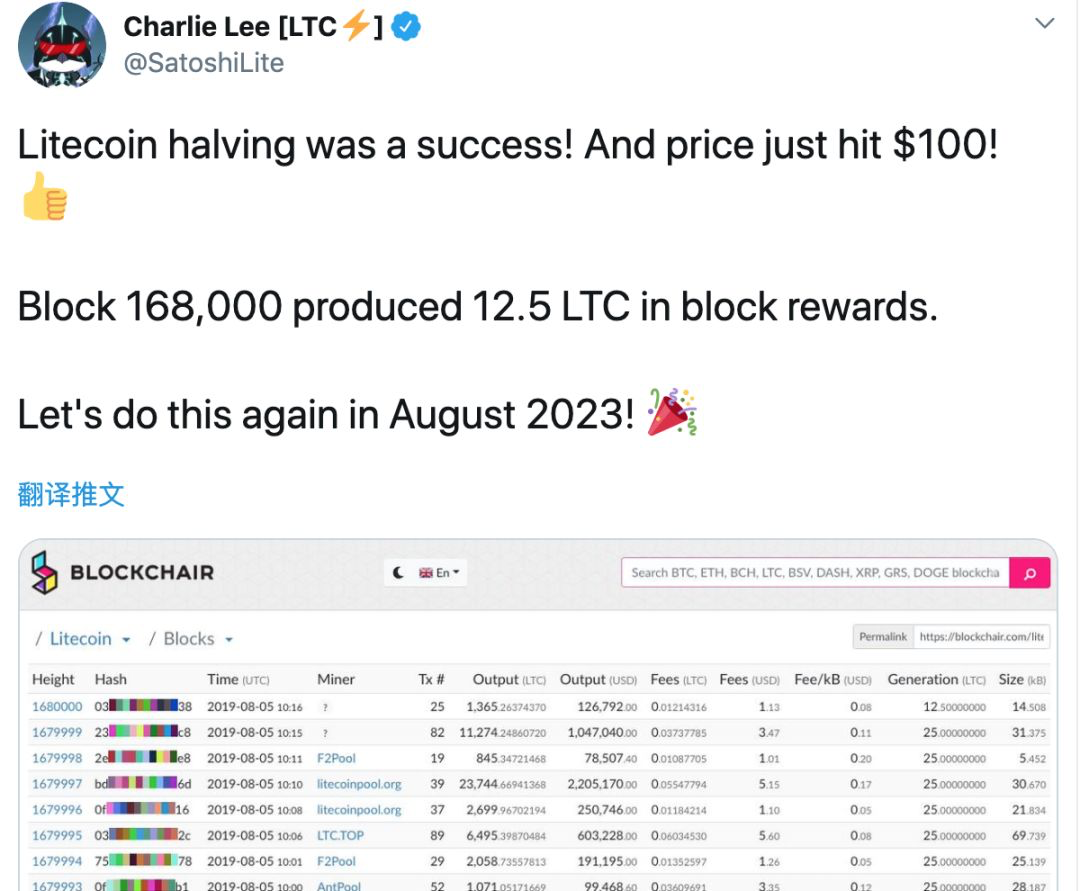 After halving, 12 blocks were produced in 17 minutes.

It seems that the miners did not shut down their computing power at all. Instead, we dug up a new block in an average of 1.4 minutes, which is much faster than the expected 2.5 minutes. (Note: The average time of the Litecoin is 2.5 minutes)

The network of Litecoin is healthy! 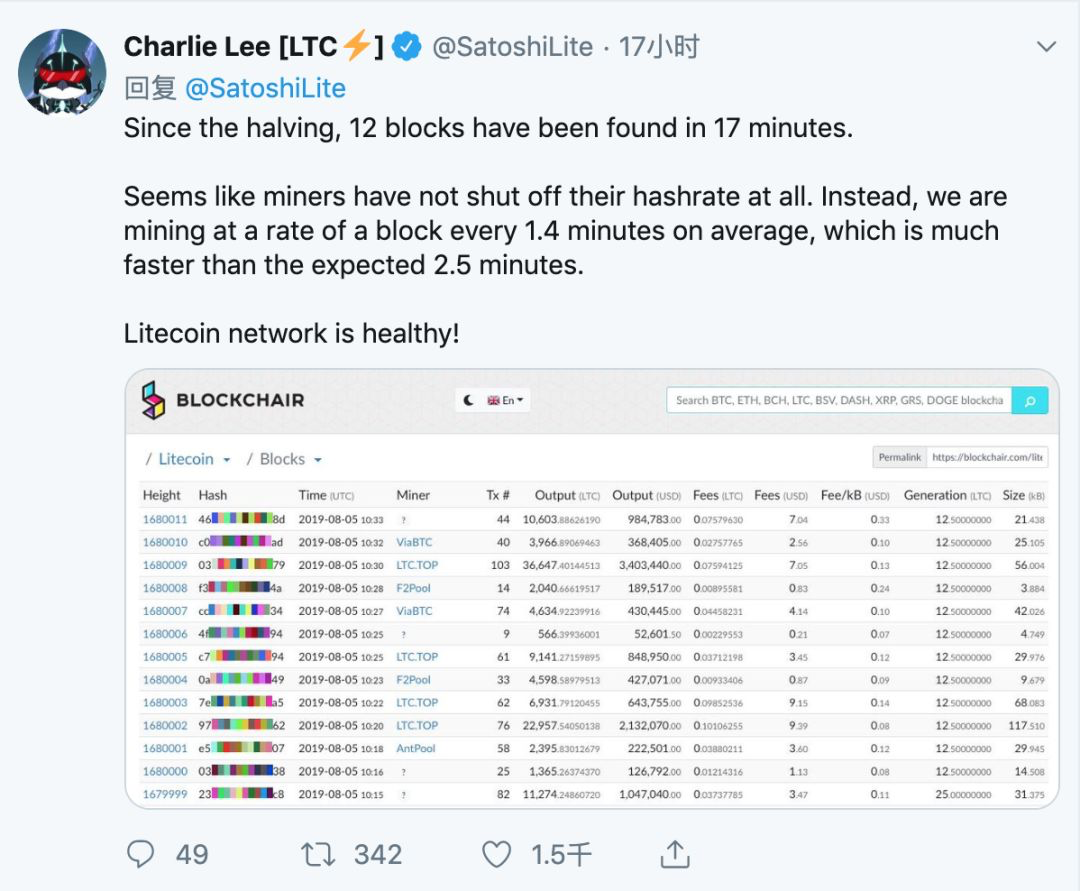 03
After the 15% repurchase, Algorand pushed another 200 million pledge mining rewards

The controversial Algorand just announced a few days ago to repurchase the first phase of the Dutch auction of tokens. Today, official Twitter has announced that it will launch a 200 million ALGO token pledge (Staking) reward program with the highest yield. 100%. 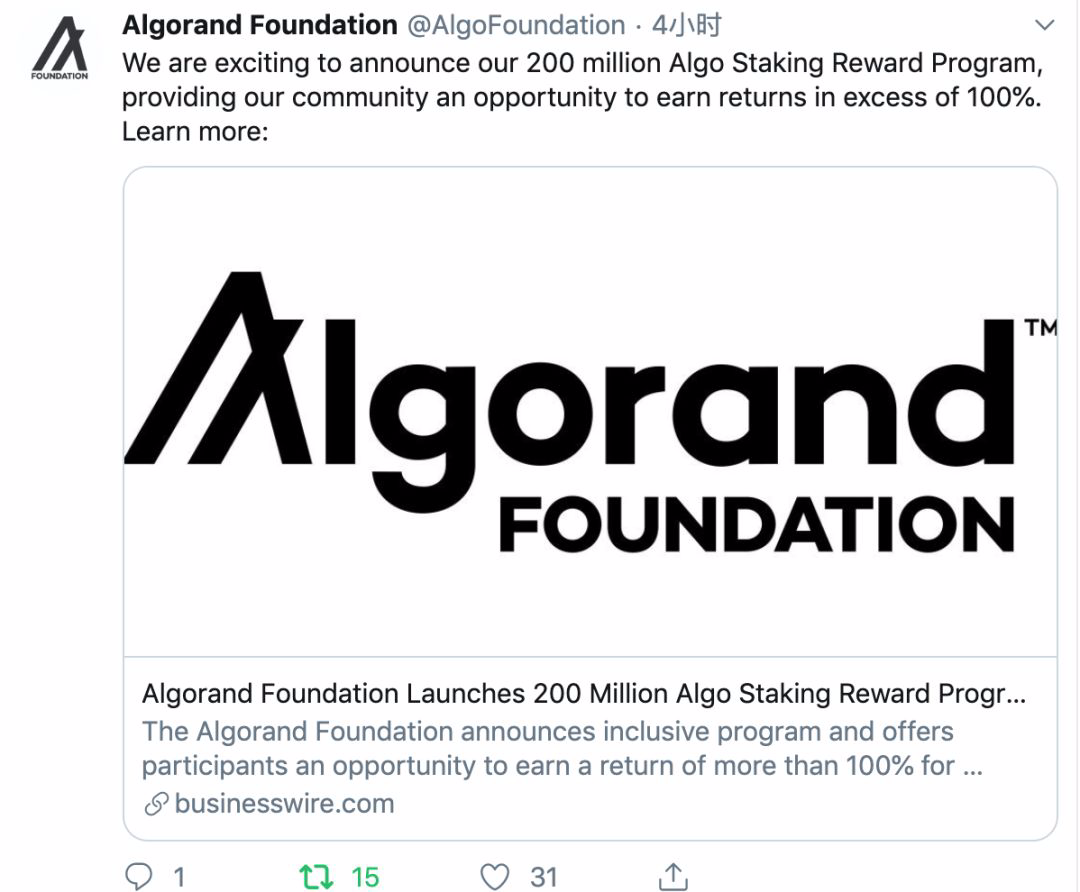 200 million ALGO awards will be distributed to eligible participants in the next 4 months (2 years). Participants are required to register in the 1618450 block, which is expected to be August 31st. 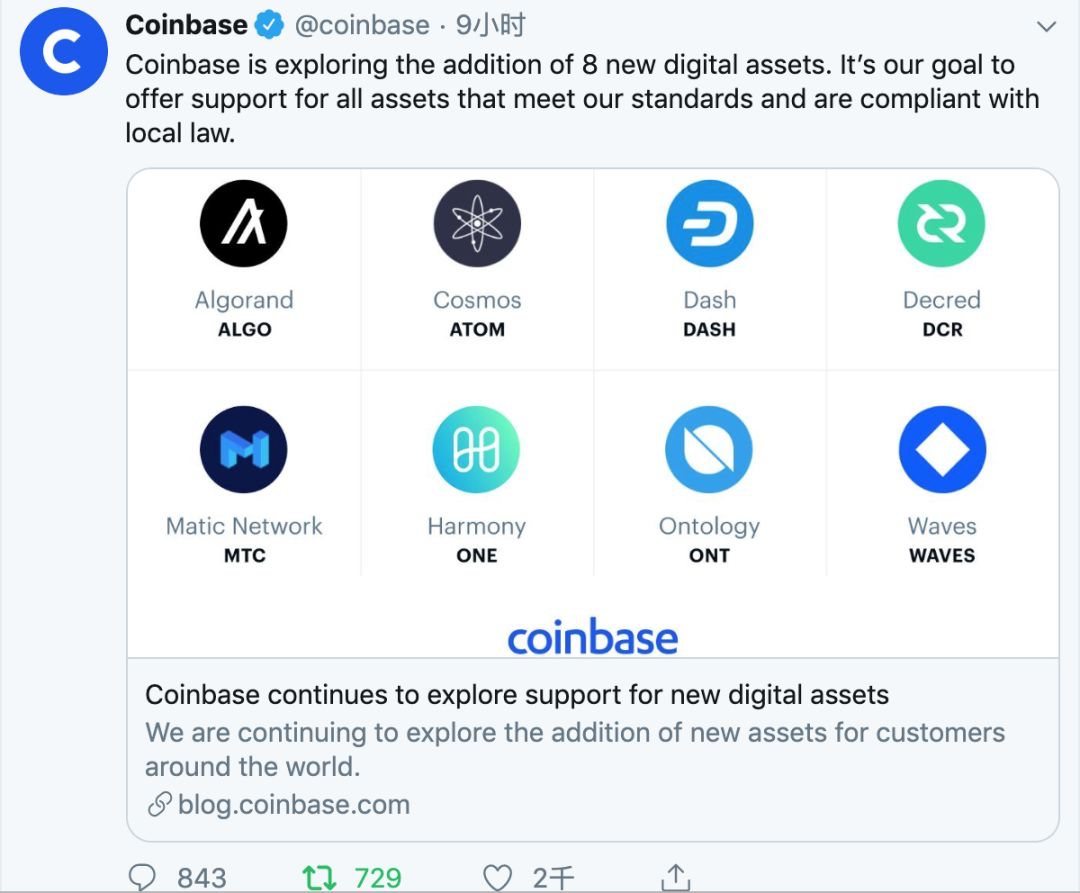 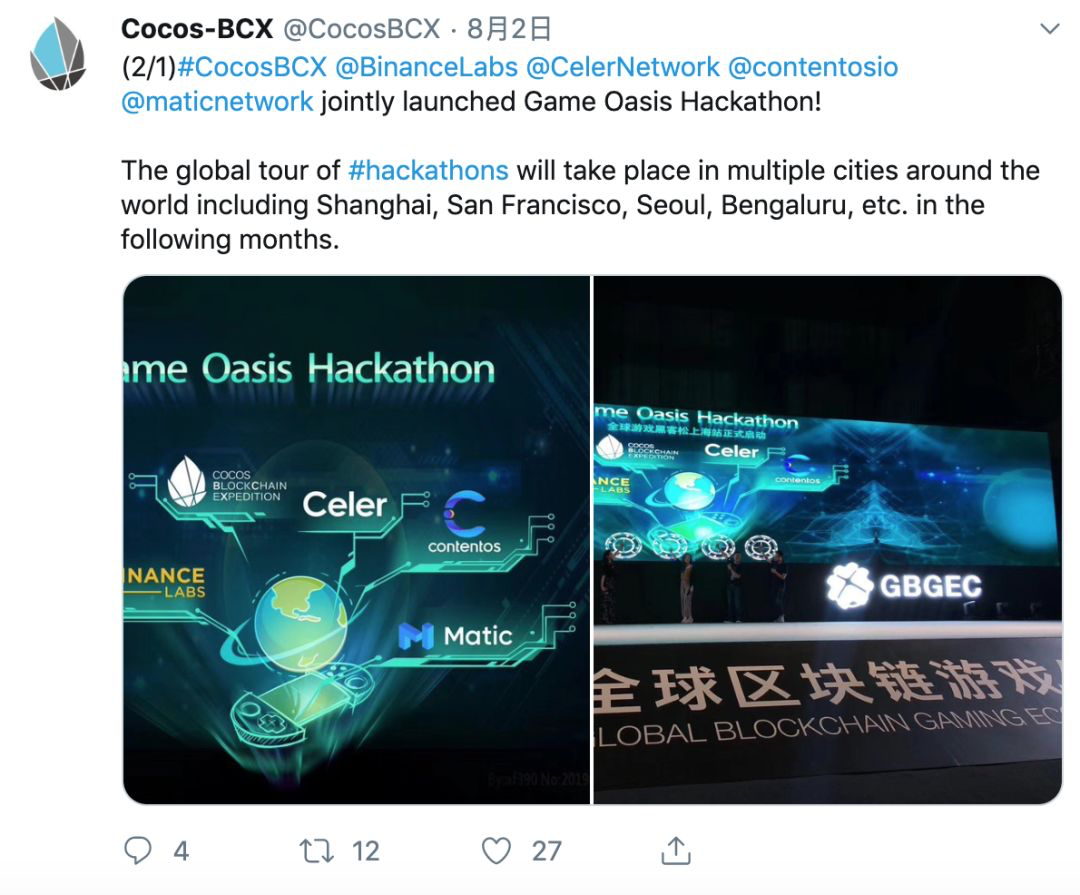 3. Weiss Crypto Rating:
Analyst company Elliptic and MIT researchers analyzed $6 billion in transactions. Only 2% of transactions are illegal. The previous report by Chainalysis said that only 1%. In fact, very few people use cryptocurrencies to participate in criminal activities.

Halving the market does not…

Analysis: How does the halving… 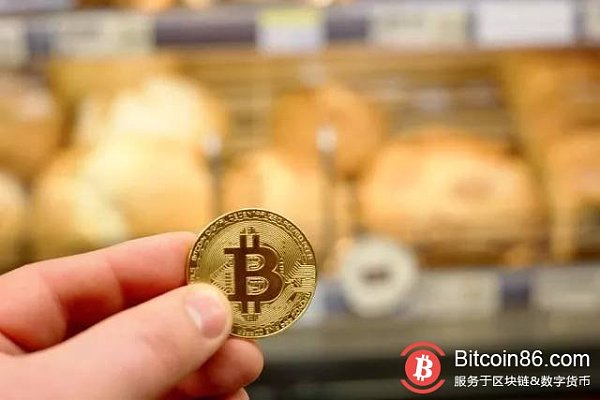 Jiang Zhuoer updated the preliminary plan for BCH miners' donation: it is inclined to start donations after the community reaches a basic agreement