Since last weekend, Bitcoin's gains have been amazing. When waking up, Bitcoin prices have risen from more than 9,000 dollars to 10,000 dollars. The last time this trend was in June, the bitcoin price once touched $14,000 (but the highest bitcoin price was only $20,000), but it didn’t last long. In July, it ushered in a “Great Falls”. Bitcoin fell to a minimum of $9,200. Such a roller coaster is very exciting, there is no hint, no little defense…

After the "Great Falls" in July, Bitcoin prices have been hovering around $9,500-9,700 for a long time. Many people say that the bitcoin bull market has passed. There is also a saying that this round of the Mavericks is just a "artificial bull market". It’s gone, it’s gone. Why is there such a phenomenon of "artificial bull market", and why bitcoin has risen sharply, but the altcoin has not moved? Has the man-made bull market passed? Let us briefly analyze for you below.

The term “artificial bull market” is very common in the stock field, which means that the fundamentals of the market have not improved, but the market index has suddenly risen due to policies, news, speculation, etc. In the field of digital currency, the price of bitcoin is comparable to the “market index”. It will become an important basis for investors to judge the overall trend of the digital currency market. Since June, Bitcoin has been "playing heartbeat" from time to time, either a big Yangxian line or a big waterfall, which is indeed a policy and news. It’s related to hype, so the term “bitcoin man-made bull market” is not completely wrong.

Simply look at the market after Bitcoin Spring Festival:

After the Spring Festival in 2019, bitcoin prices have risen all the way, leading to the rebound of the Spring Festival market. The main reason is that the trading platform launched the IEO project, which has caused a "fresh blood" in the long-lost currency circle. Here is a brief introduction to IEO. IEO refers to the use of the trading platform as a fundraising platform to issue (sell) tokens to users of the trading platform. The trading platform will become the main trading market for the token in the secondary market. The logic of the IEO is similar to the “new” of the stock market. When the new shares are issued, the stockholders subscribe, and the investors who win the bid can buy the stocks that will be listed soon, because most new stocks will usher in a big wave of daily limit. If you can hit new stocks, you may make a lot of money, so it is more sought after.

However, the emergence of the IEO project is not enough to really break the depressed market. why? Because the users of the IEO project are basically insiders, that is, old coins, there is not much new funds to enter. In other words, it’s just a small circle of people who play for themselves! No new users come in, no new funds are admitted, and certainly cannot support the so-called "bull market".

Obviously, the price of the wave in June is different.

In June, the digital currency led by Bitcoin reached its peak. Moreover, in the small bull market in June, not only bitcoin rose, but other mainstream currencies also ushered in a large increase. For example, BCH, BSV, even the long-lost EOS has ushered in a larger increase.

In June, this wave was mainly related to Facebook’s announcement of the release of the digital currency Libra (Libra is a stable currency for mobile payments): Facebook is a traditional Internet giant, it wants to issue coins, but it is a must! Few people in the world don't know Facebook, which is equivalent to disguising the exposure of digital currencies. And once Facebook is successful, the impact is also unavoidable, equivalent to becoming a "World Bank."

More importantly, the issue of Facebook's currency has been greatly spurred by domestic and foreign media. The voice of “the bull market is coming” is endless, and the old and new coins are beginning to stir up. At this time, the new funds began to enter a large number of people, and his own, first wide grain, enough to say enough! (Do not believe that you go to the trading platform, the small amount of transactions suddenly increased, which means that many retail investors have come in.)

However, unfortunately, Facebook's issue of currency threatens the interests of the United States. As soon as the white paper was released, it was stopped by the various regulatory agencies, and the project was almost "dead." So during the period when Facebook was suspended, the digital currency market was in turmoil. Coupled with the US President Trump's tweet to sing the bitcoin, the US official agencies tend to suppress the digital currency industry. Bitcoin soon appeared "Great Falls", falling below $10,000 and falling to a minimum of $9,200. . It was at this time that people began to say that Bitcoin’s “artificial bull market” was over…

Before, I have said that the bitcoin bull market is not over. Because this year's year is quite special, according to the judgment of the bitcoin bull-bear cycle, it should be in the early stage of the bull market, and the trend of plunging should not affect the development of the subsequent market. The facts did confirm this speculation. Despite the violent fluctuations in the market some time ago, Bitcoin did not fall below $9000, but gradually rose back. As of press time (August 6, 2019), it has risen to $12,289. One.

This round of market is mainly related to the Fed’s interest rate cut. At 2 am Beijing time on August 1, the Fed decided to cut the federal funds target rate by 25 basis points to 2.00%-2.25%, and immediately ended the contraction plan. The exchange rate of the yuan against the US dollar fell below 7, hitting an 11-year low. The Fed announced a rate cut, and there was a strong risk aversion in the world. Spot gold ushered in a huge increase and there was a further rise. In addition to gold, Bitcoin, as a new type of asset, has also become a safe-haven investment. Therefore, the Fed’s interest rate cut has contributed to the rise of Bitcoin in these two days.

In summary, we found that from June to the present, bitcoin prices have risen and fallen, giving people the feeling that if there is good news, they will go up a bit; if there is a bad news, they will fall. Then, unfortunately, good news and bad news are in line with the timeline. It seems to be “seamlessly docked”, so the bitcoin market goes up and down like a roller coaster. It is said that Bitcoin belongs to the "artificial bull market" and is not completely denied. However, it should be emphasized that Bitcoin itself is a kind of capital game. Low buy and sell is the only profit model, so there must be a pull and wash, so throw Going to the "artificial factors" of policy, news, and speculation, the attributes of Bitcoin itself also determine that prices will inevitably fluctuate and rise and fall.

Why is bitcoin going up, but the altcoin is still moving?

You may find that the current trend of the market is that bitcoin has risen, but the altcoin has not increased much. Why does this happen? Let me briefly talk about it here. In my opinion, the reason why bitcoin is rising, the altcoin currency is not big or even falling, mainly because investors are beginning to return to rationality and have a "seeking stability" mentality. The reason for the big environment, investors buy digital currency is to hedge, since it is a safe haven, then they are more willing to choose the highest market value, the most recognized, the most historical currency than the altcoin that breaks the hair and runs the road. Long bitcoin.

When does the man-made bull market end?

Finally, go back to today's theme, the artificial bull market. Is the man-made bull market really ending as the netizens said? I don't think it is necessary. After all, after all, policies, news, and hype often happen, and humanity is so. When you see a coin going up, when you see someone making money in this circle. Can you still sit still? 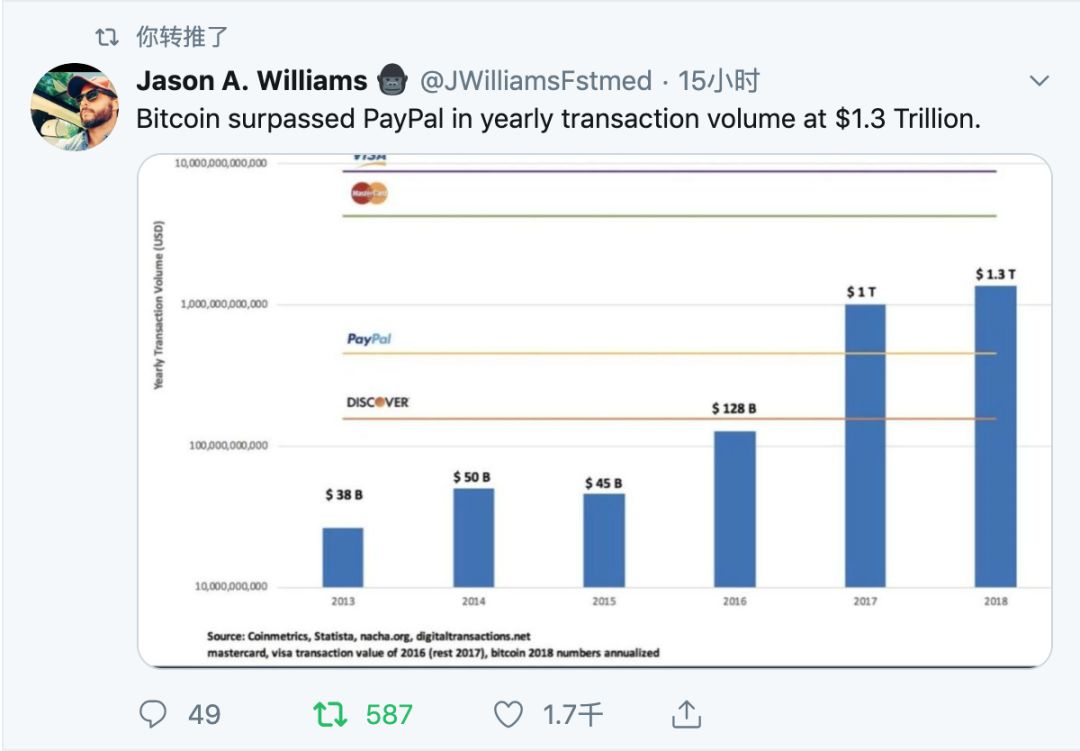 Ping An, China: With the maturity of technologies such as blockchain and 5G, society will evolve into an ecological era of smart services.

Dash CEO: The Chainlock protocol can reduce network attacks by 51%, Dash security or higher than Bitcoin