From logistics to finance to mobile phones, South Korea's Samsung Electronics has not stopped exploring the blockchain.

After experiencing a 60.36% year-on-year decline in net profit for the first quarter, Samsung Electronics’ second-quarter results remained bleak. In the second half of the year, Samsung placed its hopes of growth on the cryptocurrency mining chip.

From 2015 to now, the Samsung Li-style family has a special liking for the future of science and technology. The current chairman of the Samsung Group, Li Jianxi, and the vice chairman of Samsung Electronics, Li Zaiyu, publicly stated in June this year that there are three areas of focus in the future: artificial Smart, 6G and blockchain technology.

From the current point of view, Samsung's development blockchain is very realistic. But more realistically, the Samsung Galaxy S10, which is known as the first "blockchain mobile phone", did not explode this spring. The construction of the blockchain ecosystem is not obvious for the performance. During the Japanese-Korean trade war, will the Korean giant still bet on the blockchain in the future? What exactly did the blockchain bring to Samsung? What is the significance of Samsung's insistence on the blockchain?

Samsung blockchain: story from 0 to 1

On August 6th, Samsung's online app store blockchain Keystore has been launched since March of this year, and the first four applications have grown to the current 17.

Starting with the early wallets, bills, games, and social media, Samsung users are now able to choose a more blockchain application. Prior to this, Samsung may not be aware of the development of its blockchain ecosystem. 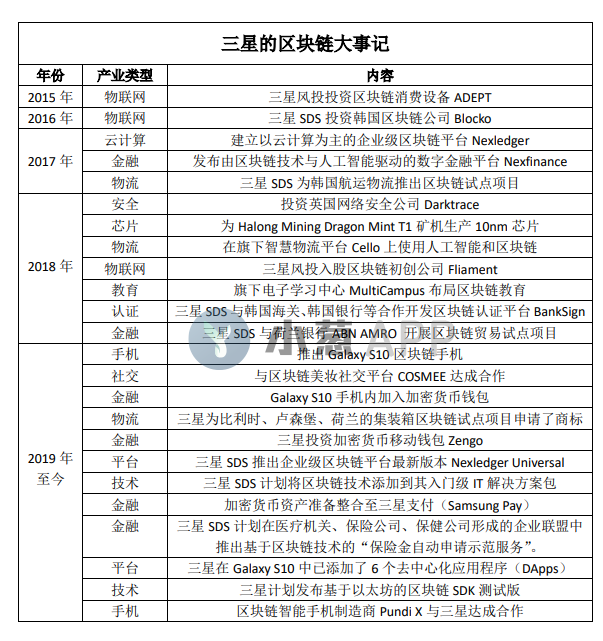 In 2016, Samsung SDS, the IT subsidiary of Samsung Group, became its main player in the blockchain layout. Samsung SDS has sparked sparks with blockchain companies Blocko, Korea Customs, Bank of Korea, and ABN AMRO, and has cooperated in the fields of Internet of Things, finance, and certification.

In 2019, Samsung finally managed to direct blockchain technology to its own leading business, smartphones. In February, at the Samsung Galaxy new product launch conference held in San Francisco, the Galaxy S10 series models were officially unveiled. The most notable new product released this time is that the Galaxy S10 adds the previously rumored hardware encryption wallet wallet feature. 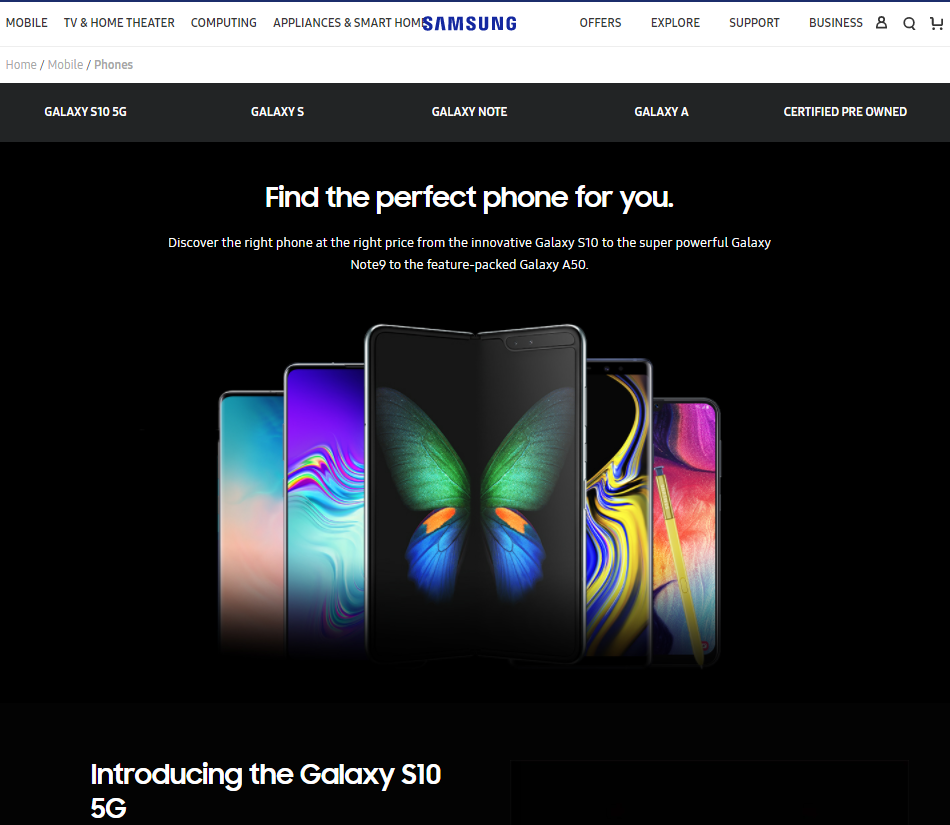 Although this update has had a major impact on the blockchain segment, the phrase “encrypted wallet” was not used in high-profile speeches and press releases at the Samsung Galaxy S10 conference. Instead, the official manuscript describes the wallet as such: "The Galaxy S10 incorporates Samsung Knox, as well as hardware-backed secure storage devices that contain private keys to support blockchain mobile services." 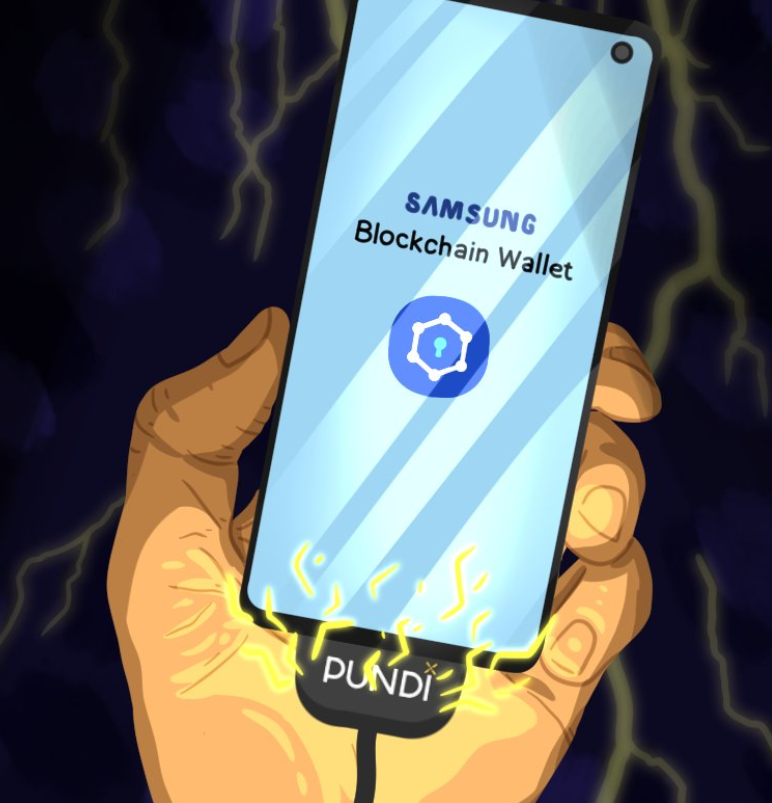 Samsung is well aware that the selling point of blockchain smartphones is far less than imagined. The reason for pushing is simple: first build the ecosystem and build it. Therefore, this also appeared at the beginning of the article, Samsung's first four blockchain applications have grown to the current 17. In half a year, Samsung has continuously expanded its "friend circle" in the blockchain world. Take July as an example:

On July 2, Samsung announced in the Baltic countries that it will soon accept the purchase of Samsung products using cryptocurrency. Users in Tallinn, Riga, Vilnius and Kaunas will be able to make payments using ETG, DASH, STEEM, LTC, XRP and BTC.

On July 28th, South Korea's Samsung SDS acquired the shares of Vietnamese company CMC through strategic investment and became the largest shareholder. The two companies are preparing to develop together in the areas of blockchain, AI, and big data.

What are the expectations of Samsung in the future?

On Wednesday, July 31, Samsung Electronics released its second quarter report for 2019, showing that the company achieved a net profit of 5.06 trillion won ($4.3 billion) in the second quarter, which exceeded market expectations of 4.88 trillion won, but compared with the same period last year. The 10.98 trillion won fell 54%.

In addition, the world's largest chip and smartphone makers' revenue in the second quarter fell 4% year-on-year to 56.1 trillion won ($47.5 billion), while operating profit fell 55.6% year-on-year to 6.6 trillion. Korean won (about 5.6 billion US dollars).

Looking forward to the second half of the year, Samsung said that its first folding screen smartphone Galaxy Fold (which is expected to be included in the Samsung blockchain ecosystem) will be re-launched in September this year. Some analysts predict that this may bring a modest boost to the company's performance. . In addition, Samsung expects cryptocurrency mining chips to grow in the second half of 2019.

According to BeInCrypto, Samsung and US multinational IT company Advanced Micro Devices (AMD) announced a long-term strategic partnership, the former will obtain graphics IP licenses for mobile GPUs. Some articles have analyzed that this may promote the development of smart phone cryptocurrency mining business. Although mobile mining is not realized at present, the development of low-power GPU may stimulate mining enthusiasts to experiment. Mining is centered on efficiency. Although smartphone mining may not affect the established network, it can play a role in the edge network and become a testing ground for beginners. Considering that more people around the world can use a smartphone instead of a laptop or desktop with efficient processing power, mining through a smartphone is attractive.

It is worth mentioning that Samsung coins, as a promising project, have been rumored to be confusing. After the launch of the Galaxy S10 and the encryption wallet, the market is looking forward to Samsung's release of its own token. At the beginning of April, it was reported that the Samsung Blockchain Working Group built an encryption wallet for the Galaxy S10 and is developing a blockchain mainnet based on Ethereum. If the main network is launched smoothly, Samsung will issue Samsung coins. At the end of April, Samsung executive Moritz Von Widekind responded to the rumors of the first time at the London Blockchain Expo, saying that there was no official announcement and explanation. Whether it will be launched will be determined by the users.

Samsung is currently in contact with other blockchain companies in an attempt to conceive multiple business models in the future. The "Block Chain Wallet" built into the Galaxy S10 has two functions. First, send and receive ETH and ERC-20-based encrypted digital currency. Second, DApps are available. These apps include the beauty community Cosmee, the commercial payment service CoinDuck, the encryption game Enjin and the encrypted collectibles game CryptoKitties. Only Galaxy S10 mobile phone users can download the wallet app from the Samsung Galaxy Store.

In June of this year, Samsung Electronics Vice Chairman Li Zaijun said in public that there are three areas that Samsung will focus on in the future: artificial intelligence, 6G and blockchain technology. Indeed, in the past few years, technology giants such as Microsoft and Apple have lost a lot of profits because they seized the wave of “streaming as a service”. Therefore, Li Zaiyi believes that it is time to consider further, so it is necessary to do a good job of planning ahead. Although Huawei is pushing hard to implement the 5G network, Samsung hopes to look further. In such a fiercely competitive environment, Li Zaiyu hopes to promote the company differently like his father, Li Jianxi. The blockchain may be the direction in which he works.

General Office of Gansu Provincial Government: Introducing and fostering a number of service platforms in the Internet, big data, blockchain and other fields related to the construction of the Silk Road Information Port

Opinion: Considering the current wave of CEO departures and the stock market crash, buying BTC is a good deal now